“You’re finding your own sounds in this massive universe of audio.” 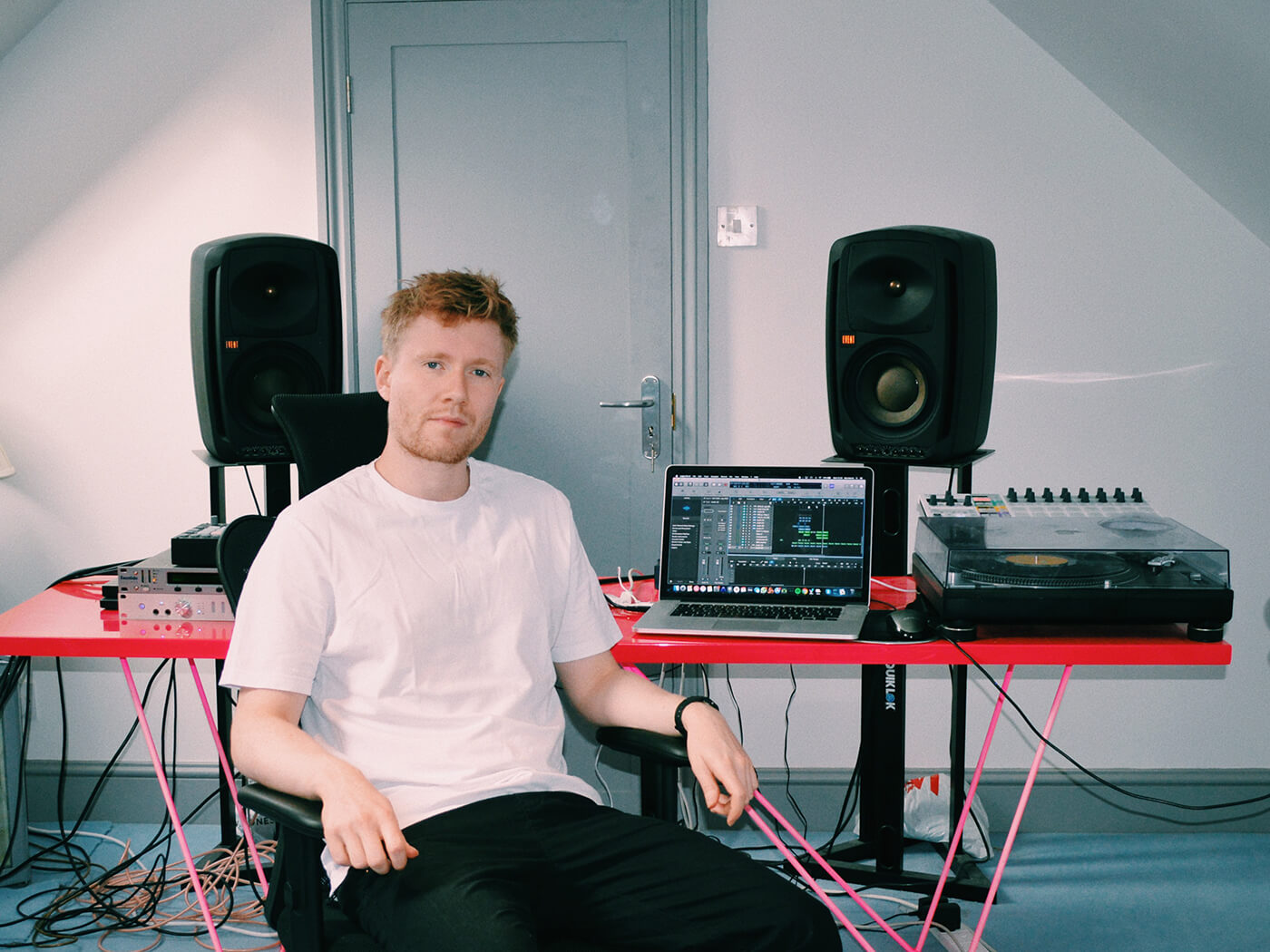 Two nights before speaking to O’Flynn, the lead track from his debut album, Aletheia, floods Brixton’s Phonox venue in the heat of an all-night DJ set from the London-based producer. The rammed crowd erupt from all sides and instantly the track sounds like a classic – a sound that’s been around for so long already, a bassline pre-existing from some time ago; a vocal echoing intense rave moments foretold.

“I’m most proud of that track off the entire album because it was only the vocal that was sampled,” he says. “That was really written and put together by me. I just found the vocal on this record which as soon as I put it on top sounded great.” O’Flynn – real name Benedict Edward-Norris – released the album in September, but sees it as a slow burner not to be “forgotten in a couple of weeks”. And with an increasing buzz like this, it’s sure to build and build.

Made up of elegantly sampled snippets of voice and playing from all corners of the globe, discovered through endless vinyl digging, Aletheia offers gloriously intense moments and party-starting house and disco flavours all laced together effortlessly, showing off O’Flynn’s diverse style.

“It’s still got dancefloor bangers. I love that,” he says proudly. It’s important to remember O’Flynn comes from a dancefloor-focused background, so venturing into slower tempos and home-listening music was a refreshing route to go down for the producer.

“When I’m making a dancefloor tune, I’m thinking about how I can make it super impactful, but the other stuff I’m like “how can I make this really smooth and nice and chilled.” I like making all types of music. I think certainly tracks like Seamstress on the album are a more hip-hop tempo – I think around 100 bpm. There’s something fresh about making tracks in a different tempo for your brain. It just creates this new headspace. I was wondering who it’s for when I was making it. I think it’s just for sitting down – headphone music. I touched on that before with Spyglass a while back; that was pretty jazzy keys. I don’t play it on dancefloors.”

Aletheia, released in September, was made mainly in the attic of his parent’s house in Hackney; perhaps the final creative explosion in the space he felt most comfortable before heading into the wide world. It’s where past productions such as Siberian Goosedown and Tru Dancing were written.

“All of it was made in that attic apart from some drums that were recorded in Newman studios in Farnborough, run by these guys Will and Jordan.”

On making the record: “It was the hardest thing I’ve ever done. It was like writing a book.”

From initial inception to release, the album took three years. “It was the hardest thing I’ve ever done. It was like writing a book. I really put so much time into so many details to try and make it interesting enough so when it was released it wouldn’t be forgotten about in a couple weeks and would grow naturally and hopefully be about for a long while.”

Each track certainly has character, and O’Flynn’s ability to build around hidden gem samples found in records stores – and recontextualise them – adds a greater sense of life to contemporary electronic genres.

“It’s not a very respectful thing; it’s just stealing!” He jokes on the ‘art’ of sampling – something his musical style, which highlights sounds from the various corners of the globe – depends heavily upon, seeing him spend up to £100 a week on records.

“Sampling can completely transform your music because suddenly you’re not using sounds that everyone else has. You’re finding your own sounds in this massive universe of audio, and pretty much every sound you could want is there. It’s just about looking for it and digging. I find that incredibly exciting and one day you could stumble across complete gold. I absolutely love that; exploring through this audio world. It’s super rewarding when you find something you can recontextualise to make it more modern so that people can listen today.” 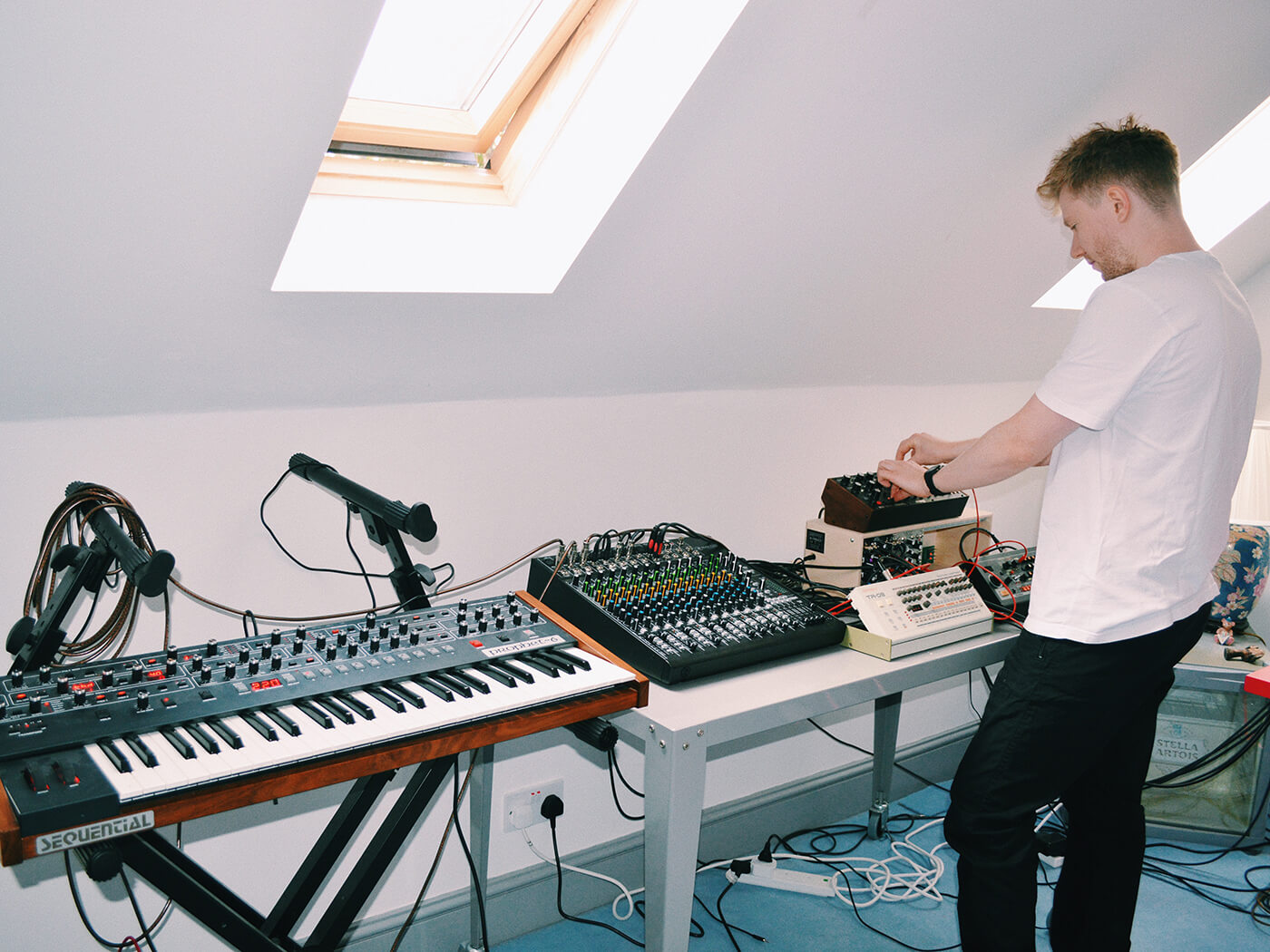 “You work out what you can do to add to the sample; ‘can you actually make it better?’ ‘Can you make it cool?’ If you can, then it’s about filling the rest of the track. And a lot of the time my finished tracks will be a mixture of sampling, analogue synthesis, MIDI programming, sampling from YouTube; literally taking every single technique, all put into one which makes the finished product. So I programme in drums or do a drum loop or sometimes it’s just an added layer or something.

“A lot of people think it’s a shortcut or a ‘secret’ to music production and the truth is it’s just spending hours and hours working on something. Even if someone is really good at music production, it’s just that time you need to spend on it. At the end of the day, it’s a craft, so if you want to craft something beautiful, you can’t spend a day on it. Sometimes it works like that, and sometimes you can do something really quickly, but a lot of the time it’s hours of working out the puzzle, essentially.”

When building around a sample, O’Flynn notes that there is no secret. Instead, it’s trial and error and putting in the hours to achieve a special moment. “It’s all about recontextualising samples I think because otherwise, you’re not doing anything. With my track Desmond’s Empire, the sample in that was an accordion and a guy singing, and that’s it. There’s no drums or anything. The chords I put over it were very simple basic chords, but with the melody of the accordion and the singing it completely recontextualised both the chords and the original sample, so both of those elements worked together musically but by themselves were completely different.”

“With drum sampling – which is something I do – I’ll take a loop of some percussion break off an African record or something, and then I usually layer that with other sampled drum breaks, but I cut up the drum breaks over the top. Say it’s a percussion loop and it’s 128 BPM, I will put the file tempo to that sample. I’ll drag a break into the Arrange view and literally cut on the beats visually so the kick and hi-hats and snares are all in their own little file and then I can just drag them on the grid.”

And then the process of jamming, building then taking away begins. This can take weeks or, with Tru Dancing, it can take days or even hours – it’s about finding that ‘light bulb’ moment. “I have folders of drum breaks off old records, so they’ve all been run through amazing compressors and mixing desks you can’t emulate with MIDI.

“I’ll go in and cut it up, and it’s just a case of adding stuff and seeing what works and what doesn’t. This is part of the reason it takes me so long to make tracks because I go through so many ideas on each individual track, seeing what works and what’s the best option. I go out there, try and find records, try and find that magical moment and work around that moment.”

“Try and find that magical moment and work around that moment.”

“Say you were a chef, and you were given a piece of beef, it’s like ‘what can you do with that piece of beef?’ I take special care of every intricate sound. It has to all work with the original sample, and you have to work to the strengths of that.”

For O’Flynn, it may be important to try out all the options, leaving no stone unturned, but he also realises that classic techniques can often be the most effective.

“If you do have a sample it’s always worth loading it into a sampler and playing it at different pitches, making it an octave higher or an octave lower. It can add textures if you play it really high up.” 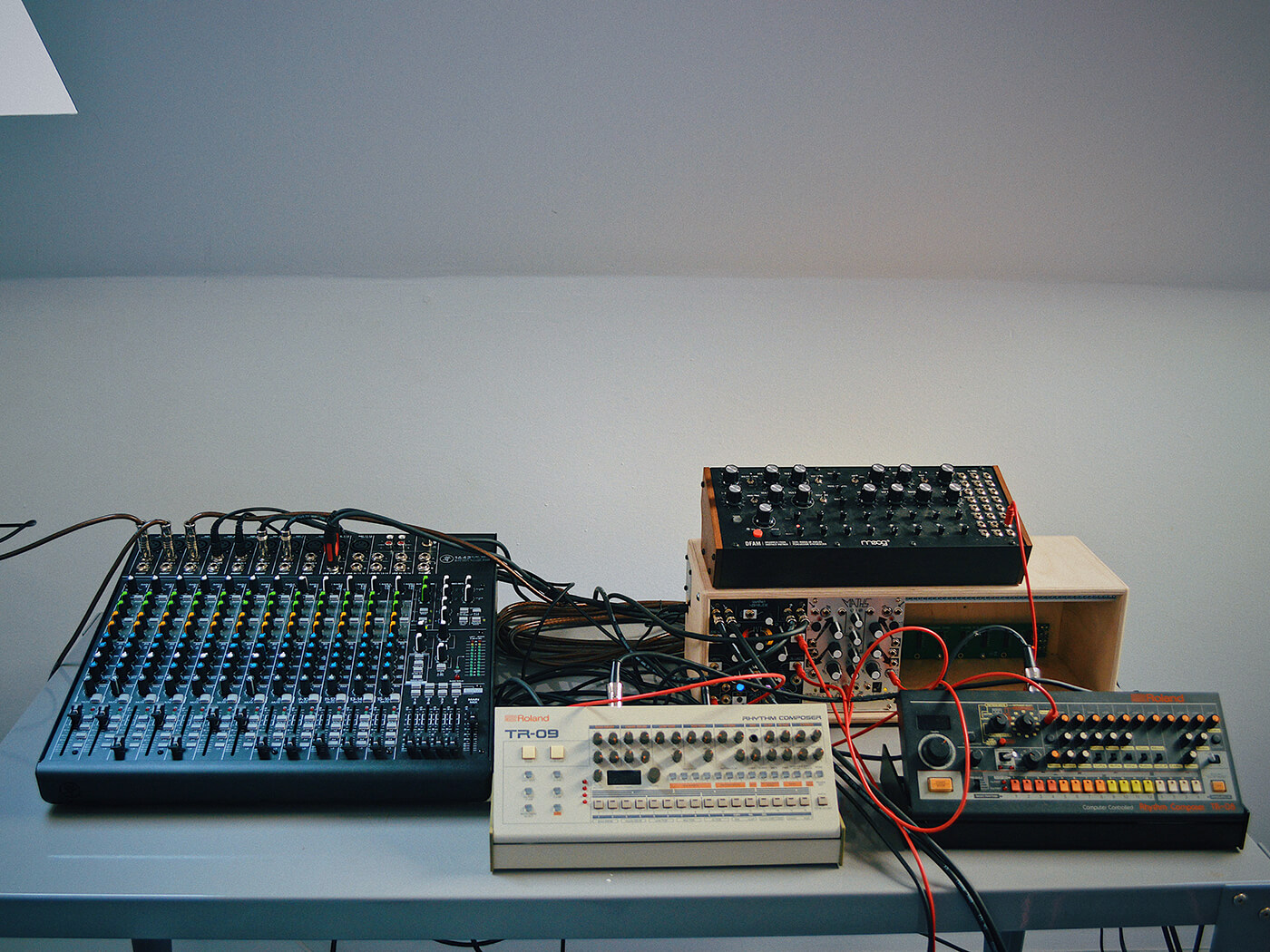 “Right now it’s so easy with Ableton, but back in the day, they had to load samples into an actual sampler so they would just be able to play it at different pitches immediately and that’s something we don’t think about as much. You can get more out of a sample if you put time into it, but a lot of people don’t. They move onto something else because there are so many sample packs and synths now, you can be overwhelmed. It’s not as if music made in the 90s is necessarily worse than music made now,” he jests, “but some of it was made better! You’ve got to ask the question, like maybe there’s something in the way they were doing that.”

Although the Arturia V collection – which includes recreations of Prophet 5, ARP 2600 and various classic synths – was used subtly and to great effect on most tracks, O’Flynn’s goal is to make them seem as loose and as human as possible. Sometimes layering too much modern technology over a sample from the 60s can disrespect the original sound, whatever it may be. Veering away from the unrealistic perfection of overly-electronic sounding music is something this producer strives for. Perhaps sampling can be respectful, after all.

“I think new equipment ruins the beauty and sound. If you record a handclap or a drumkit now it just sounds perfect, but you go to every 1960s recording of a drumkit, and it’s just got that crunchy vibe. That’s what I look for. It’s so beautiful, and I guess that’s why I sample to try and get away from the whole modern, perfect, clean sound.

“Quite a lot of the stuff I do is slightly out of tune, and it doesn’t matter as long as it’s not abrasive. I think there’s a musicality in it and if it’s not perfectly in time, it’s more human. Breathing that human, natural, imperfect life into tracks is something I love to do,” he says enthusiastically. This is evident throughout the 12-track album, a vibrant story that opens a new door in electronic music – one combining rigid electronic sounds with loose, human performances retrieved from the most unexpected corners of the globe.

“Quite a lot of the stuff I do is slightly out of tune, and it doesn’t matter as long as it’s not abrasive”

“You don’t want it to sound like it’s come from a laptop,” says O’Flynn. He wants to create an auditory world. “That’s why I say it’s like writing a book,” he continues. “You’re put into this world by the words. You’ve got this picture in your brain, and you’re trying to do the same thing with music.”

Hesitantly explaining how writer’s block has stopped him from making more music since he’s been taking his album on “all-night-long” tours in clubs in the UK, it seems the next story for this promising producer must come from yet more hunting through records searching for that next piece of the puzzle, creating something totally new each time.

Listen to Aletheia in full here. And for more MusicTech interviews, head this way.