From 100-year-old pianos to modern synths and high-end monitoring, the Berlin producer explains his gear and approach. 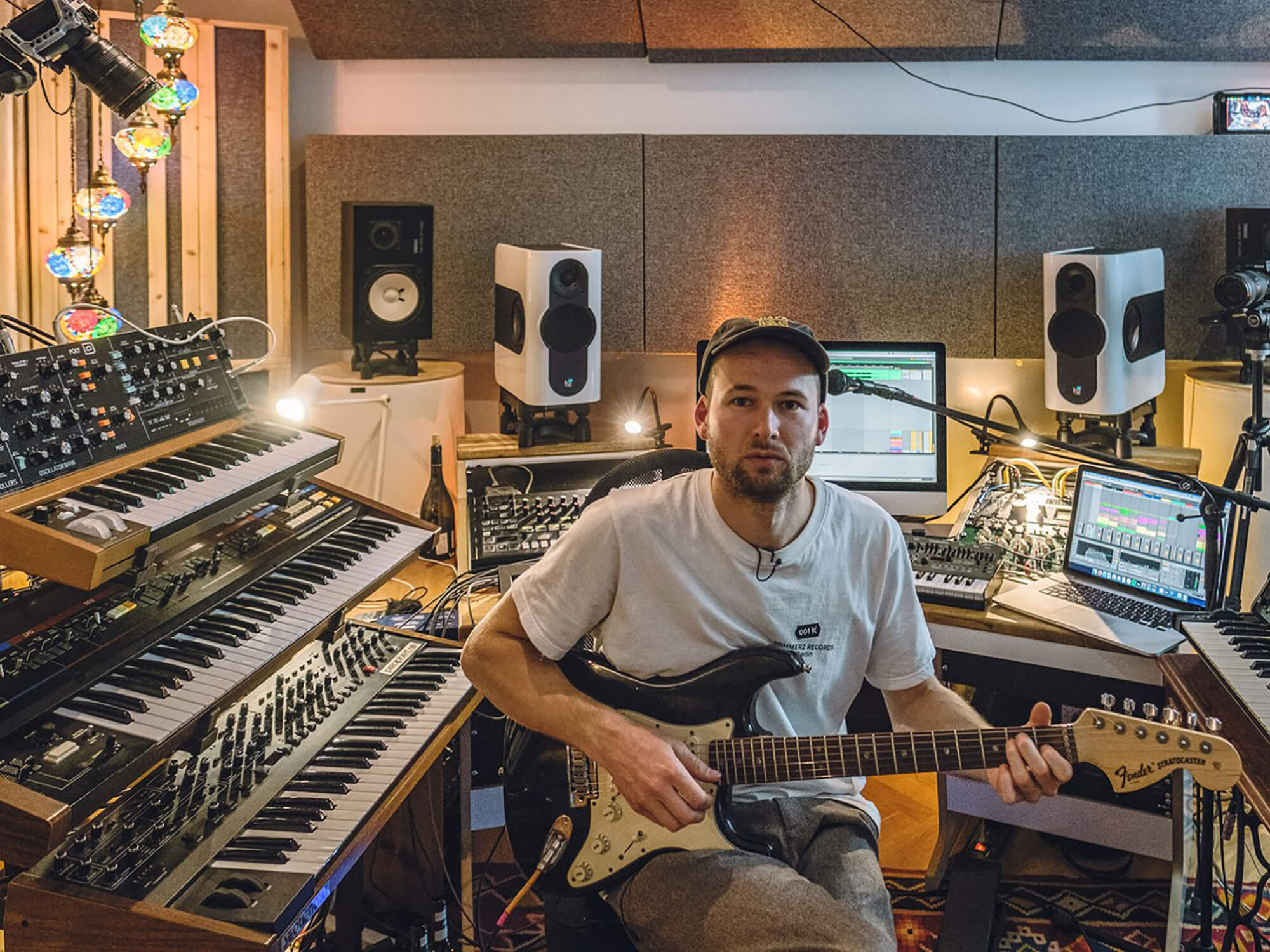 Producer and sensational live act Monolink welcomes us to his Berlin studio, crammed with high-end gear, acoustic instruments and the latest and greatest synths.

The setup reflects his sound, which combines ambient melodic techno with dreamy guitar-led folk. And Monolink doesn’t hold back on delivering this signature style in full force once again on Under Darkening Skies, his impressive second album released earlier this month.

Over Zoom, the beauty of Monolink’s studio makes sense instantly. It’s a hidden gem tucked away in the Holzmarkt complex, formerly famous nightclub Bar25, and home to many fellow techno producers. It’s a fitting location for the producer, also known as Steffen Linck. It’s in central Berlin beside the river Spree among solid structures with the regular, rhythmic clattering of passing trains.

Although Steffen is now rising the ranks in electronic music, his background in folk music couldn’t be further from techno. This is reflected in his impressive and varied studio hardware collection.

“Coming from making acoustic music, I have guitars and a bass guitar. I have an old piano,” Steffen eagerly states, “the Carl Ecke, which is around a hundred years old. It sounds amazing. I only bought it two years ago, so I still really enjoy playing on it. 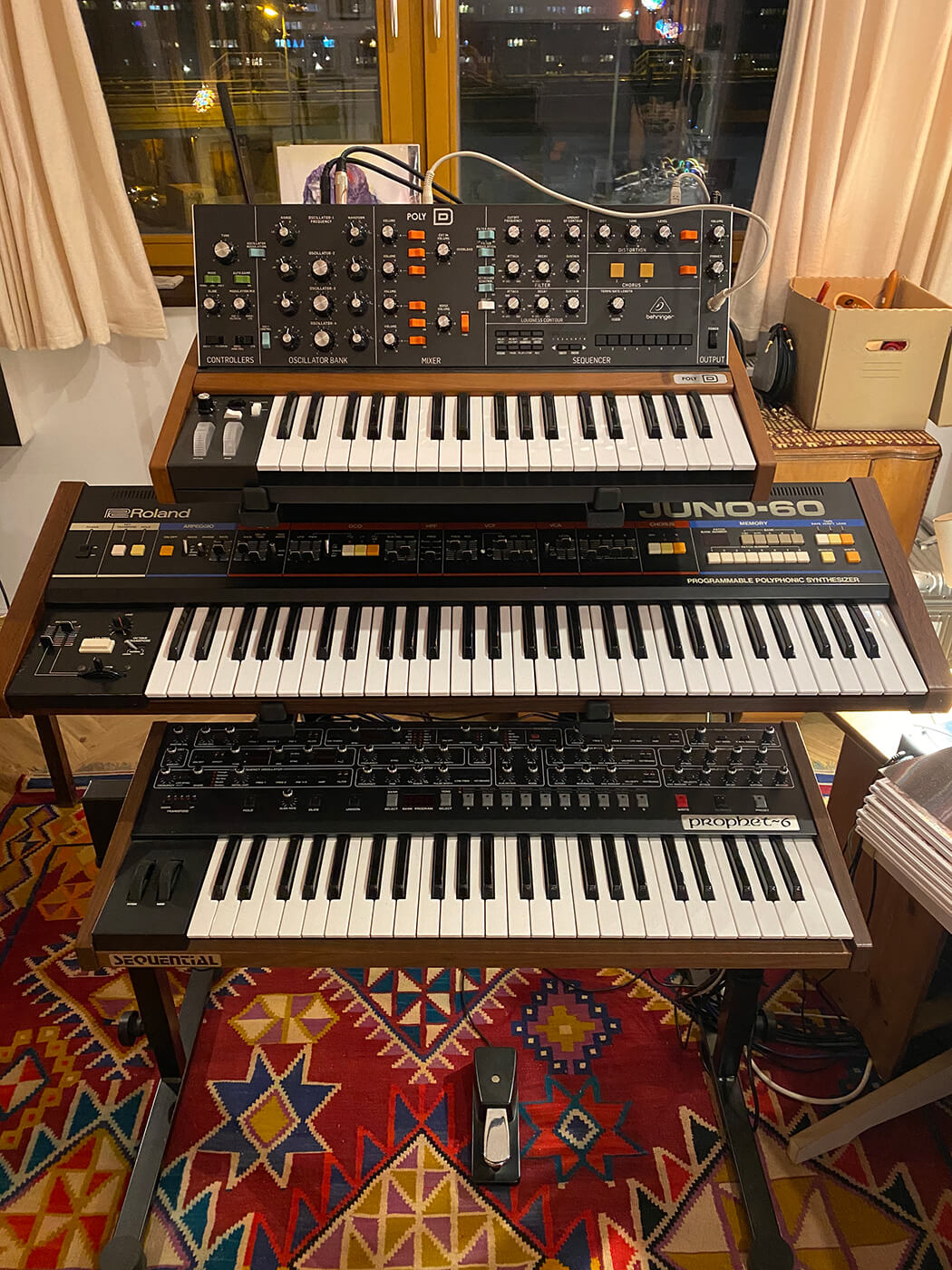 Steffen explains: “I have three or four synths which I mostly use: the Juno-60 and an old borrowed Korg MS-20 that’s borrowed, but I’ve been using it for some time, so it feels like mine. I have the Behringer Poly D, which is a new addition to my synths which I really like for making bass.”

However, his favourite synth is the Prophet 6, primarily because of the breadth of sounds he can coax from it. And with hardware signal processing, he’s equally well-equipped.

“I have a bunch of outboard gear to process audio. Everything I record I send through an API 2500 [bus compressor], and I have a Thermionic Culture Fat Bustard [summing mixer]. Usually, I go through that, and the rest of the time it goes through the DAW, which is Ableton Live.” 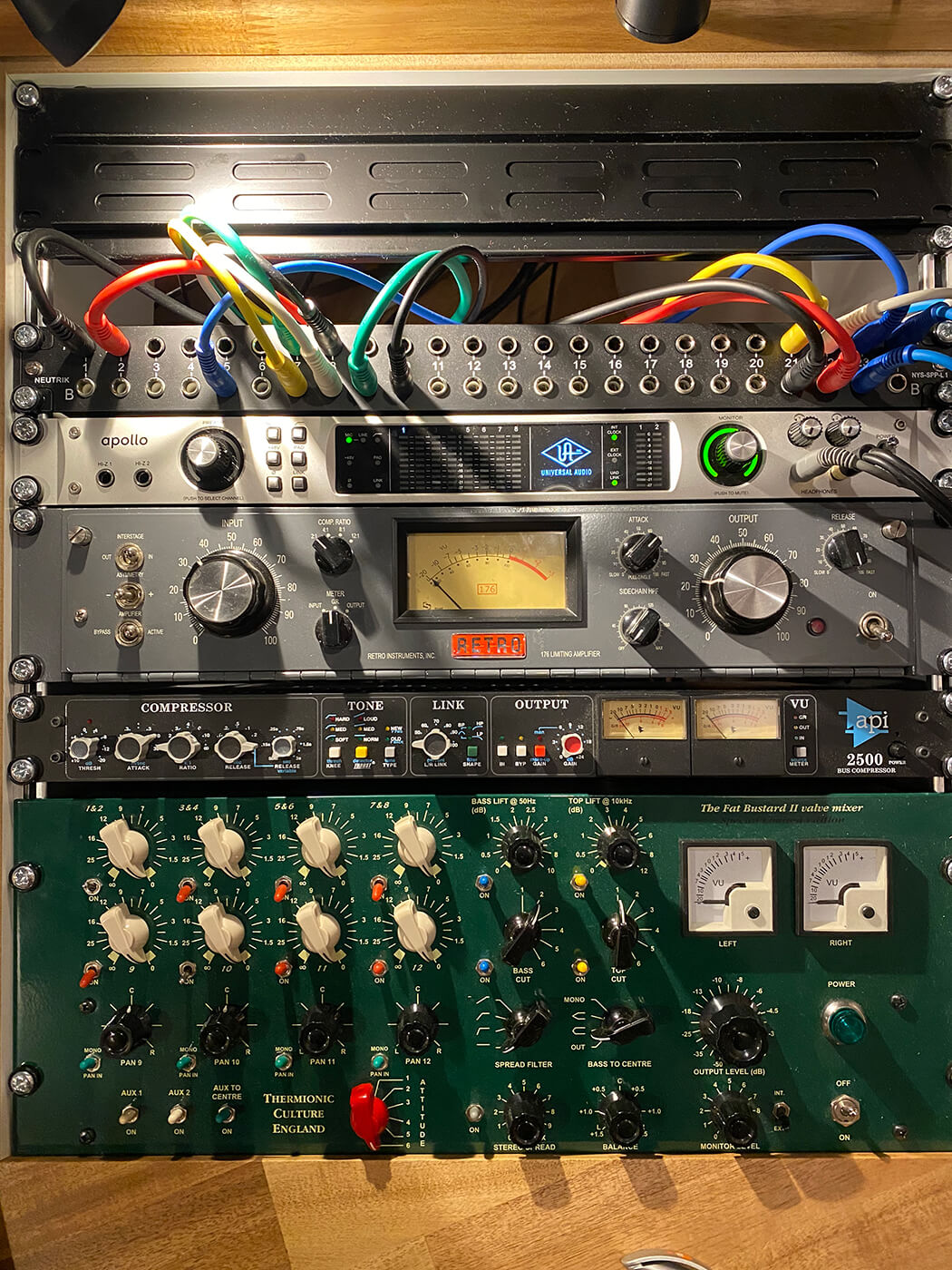 These analogue touches might seem like they only add incremental improvements. However, Steffen has an impressive enough playback system to hear the difference. He’s keen to stress that his monitors, the Kii Audio Three, are far from basic and not at all the sort of speakers he “needs to own”, he says with a stiff grin.

After watching a video of fellow producer, Stimming, showing off his studio and his pair of the speakers, which specialise in creating ‘deep bass’, Steffen gave in to temptation and bought a pair, despite the hefty price tag. It’s with good reason; the compact Kii Three speakers deliver the timing and detail in lower and bass frequencies once only found in much larger systems. They are, therefore, a dream for working on bass-heavy electronic music in smaller spaces. 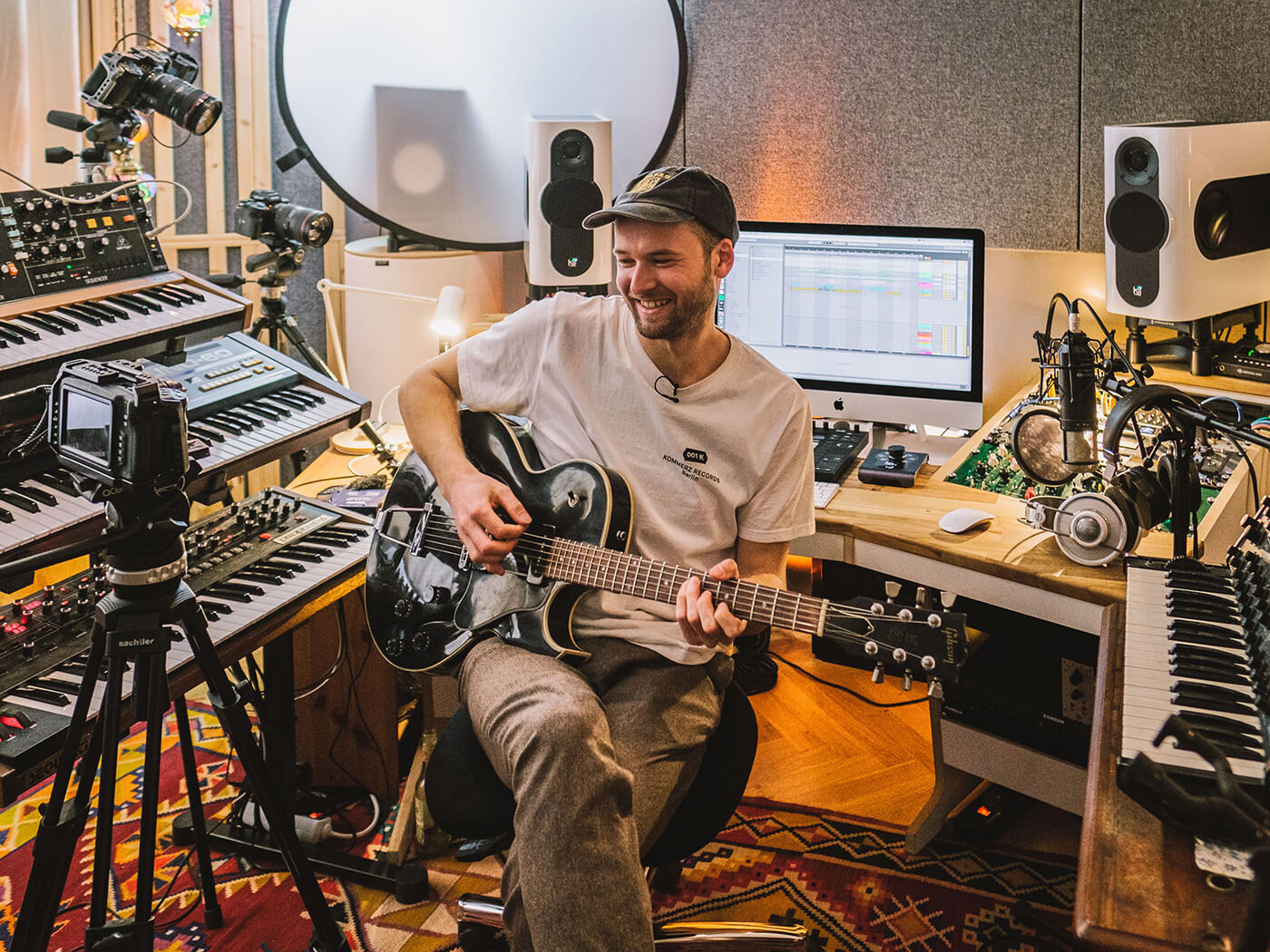 Given Steffen has to consider not just mixing but capturing electronic and acoustic instruments, his studio’s design was important.

Eager to discover how he built the studio from scratch and how others can follow a similar path, we ask what advice he’d give to budding producers looking to build and use a studio effectively.

“You don’t need to spend that much money on it if you build it yourself,” he says, “The first thing I would spend money on is a room and acoustics: absorbers etc. Next, it depends on what you want to do. For me, the most important thing is to have instruments and equipment to play with that I feel inspired by.”

“Finally, you need a good soundcard. All the other stuff can make things nicer, but what ultimately matters to the listener will be your inspiration and your idea behind the track. It’s not going to be the sound of a certain synth but the melody or the lyric,” he says.

“If you record vocals, for me, most important is to have a space that I enjoy spending time in, so I also like to make it nice – and not a s***hole,” Steffen laughs.

His recommendation: “Figure out what inspires you.” 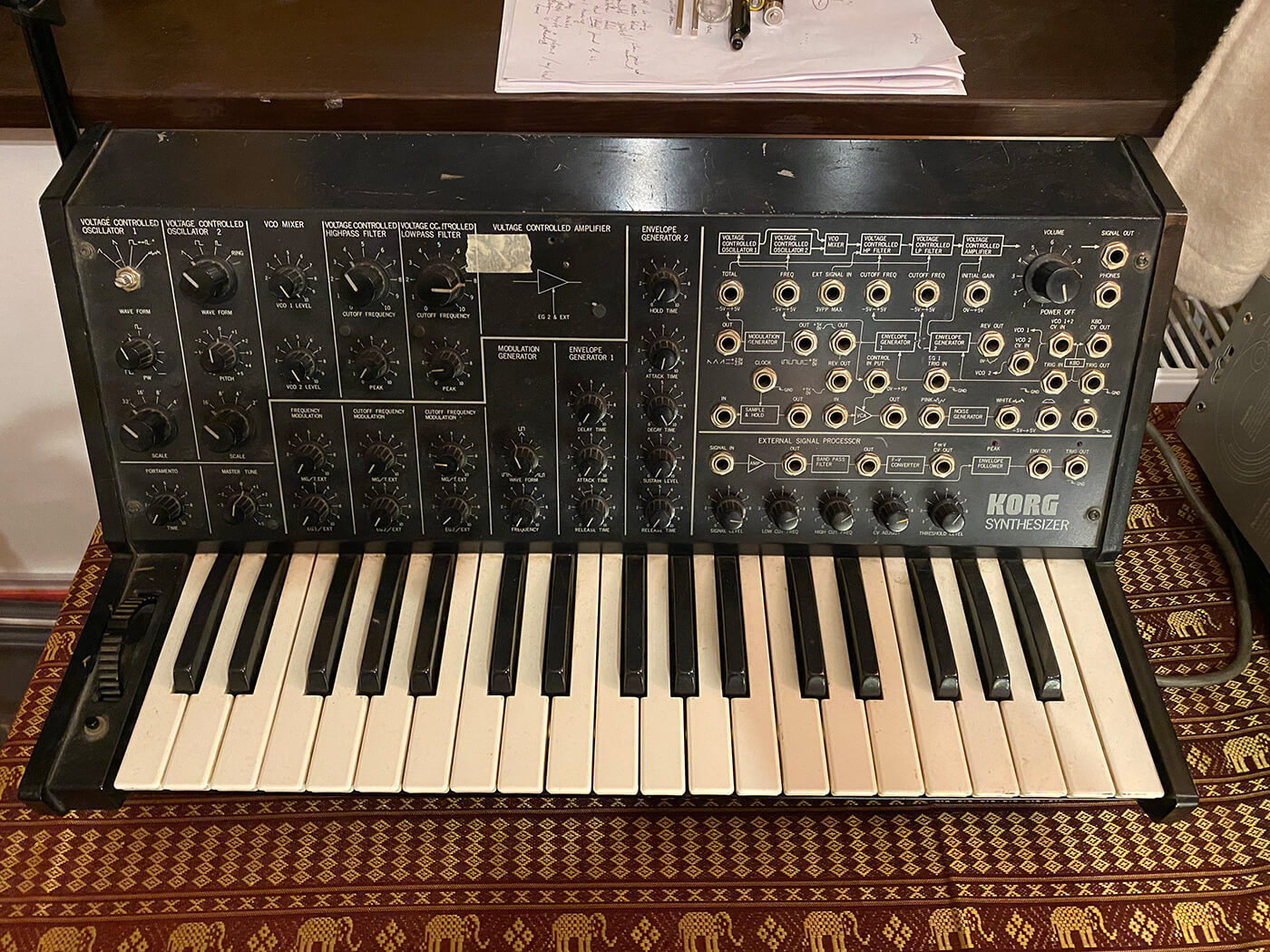 Steffen has harboured a love for electronic music with an organic feel for years and didn’t find his feet in all-out dancefloor focused music at first. He used to play in folk bands and busked on the streets of Berlin before he began creating his unique blend of soft guitar-led music and emotional, melodic techno.

“Yes, I think so,” he replies, “I love playing guitar. I went through a long phase of playing on the Gibson ES335, which was my preferred guitar for a long time. I just switched to a Fender Strat. I found this beautiful custom Strat which my former guitar teacher from when I was 16, was selling, so I got it.”

“It’s my favourite”, he reiterates, with a sudden glow of warmth, implying a nostalgic connection between his current sound and his youth.

Steffen will often begin with acoustic instruments when starting a track, but there’s no single, templated path he takes when recording. One day it might be a piano riff, other times a catchy or poignant lyric.

“It differs from track to track, but often I have a theme on the guitar or the piano, and I will record that very roughly. Sometimes it’s a phone memo, and I’ll send it to my computer and load it into Ableton. Then I’ll start jamming around with it,” he says.

There’s no secret to his production approach; he explains: “Usually I start with something like a line, a lyric or a melody; I’ll put it into Ableton, loop it and then I’ll jam on it for quite some time with my other synths and guitars. Then, as soon as I feel like I want to move onto the next step, I’ll start building an arrangement.” 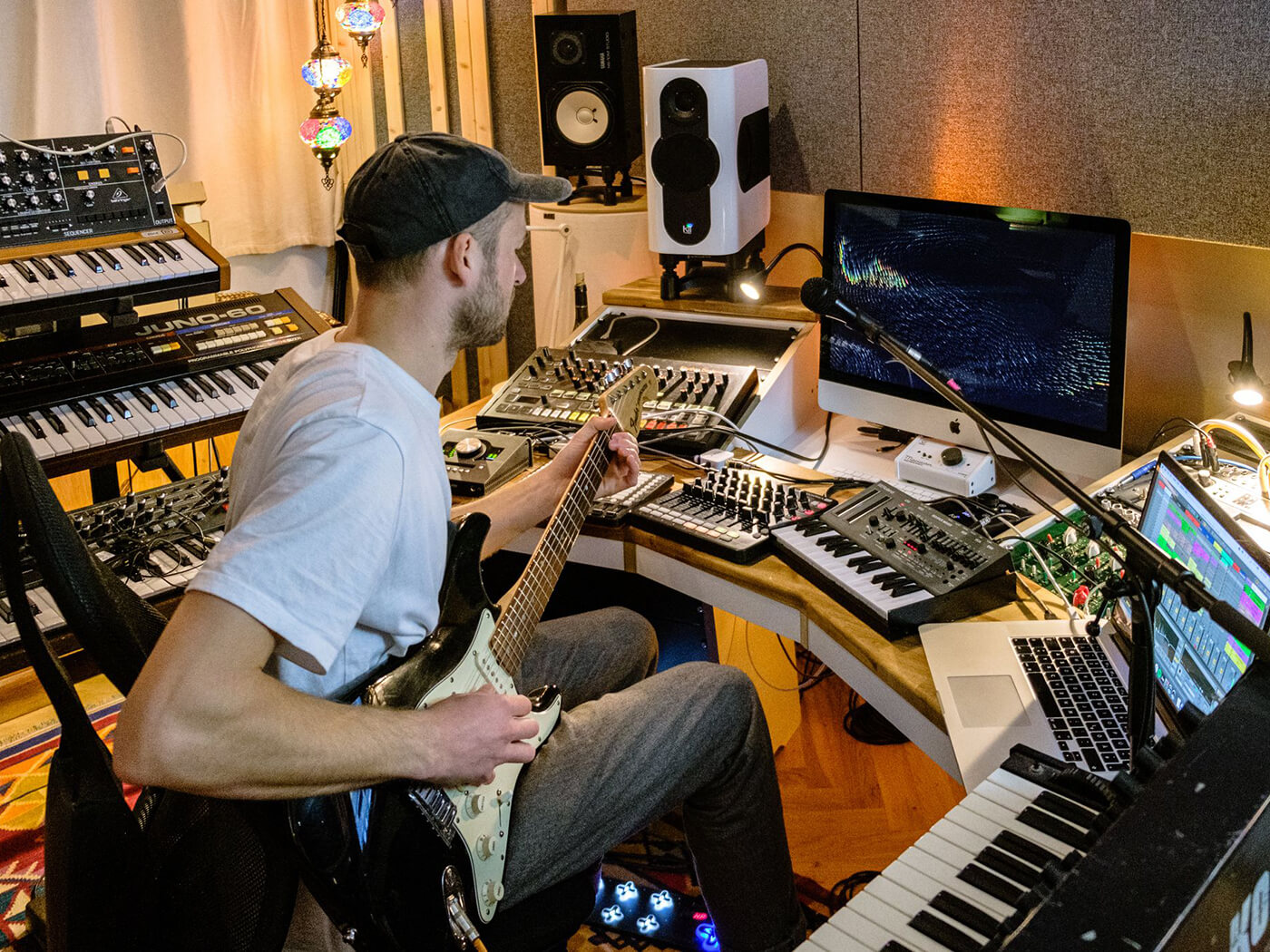 While some producers might meticulously tweak their work, stopping and starting as they go, others find a brief window of excellence and daring creativity when they jam live, twisting and turning nobs in an effort to create something illogically brilliant. Monolink is a producer of the latter variety.

“I’m most creative when I’m jamming,” he enthuses. “The best parts are usually where I’ve been jamming or where mistakes happen, but it’s cool and surprising. Often I’m jamming and trying to go crazy at some points, and later on, I could chop out a small bar of that crazy sound.”

He took this approach on the new album, specifically with his most recent lockdown purchase: the Roland Juno-60. 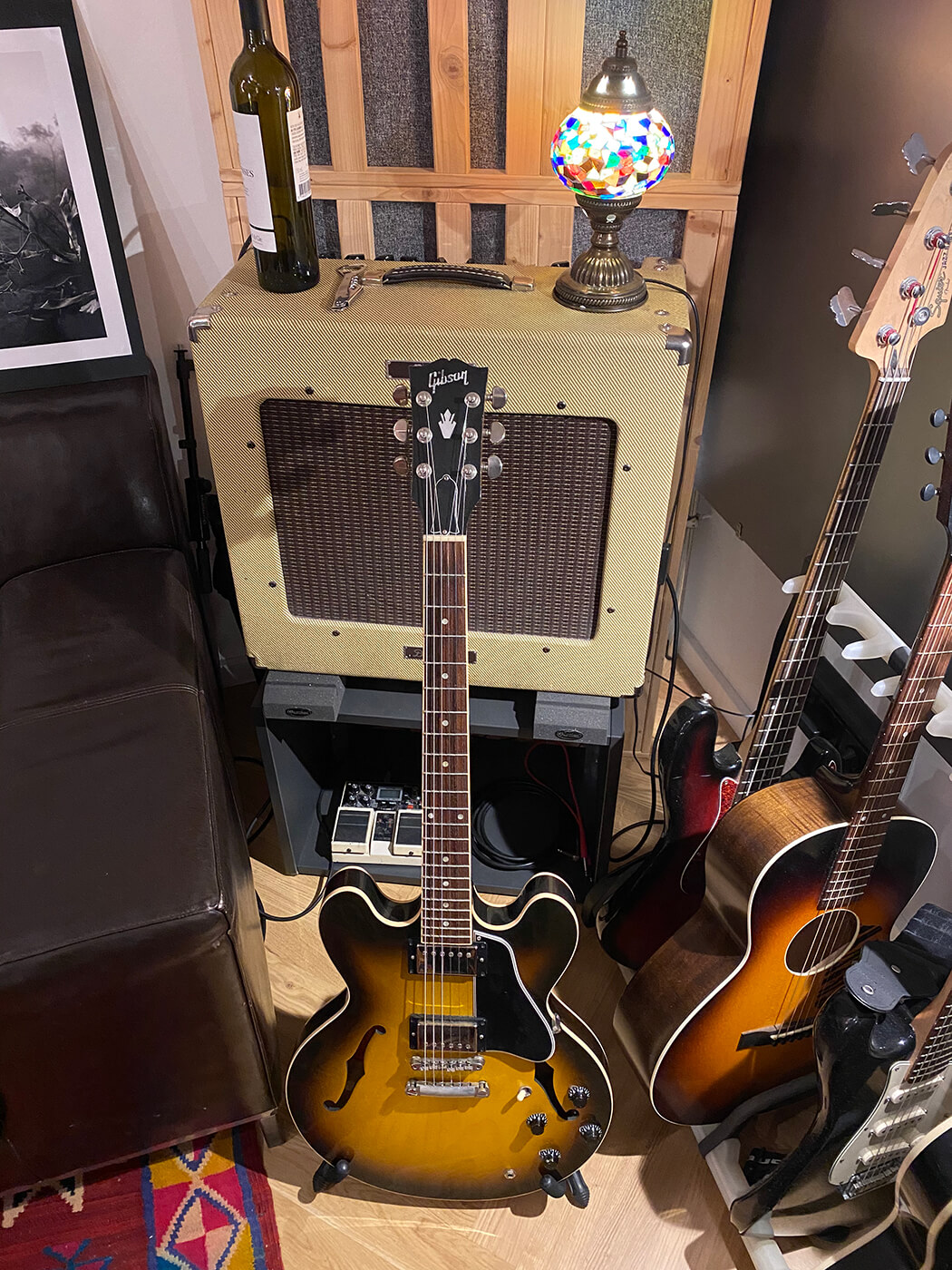 “I think I had the most fun with the Juno-60. When I came up with the lead arpeggio on the track Don’t Hold Back, I remember thinking, ‘I really enjoy this’. It’s present, strong and also subtle at the same time. That’s what I like about the Juno in general: it sounds amazing, it’s easy to mix because it’s very upfront, but it’s still not aggressive.

Although lockdowns curtailed Steffen’s touring, like many other musicians, it meant more time spent on creation.

“My original plan was to be finished with the whole record by March last year. When the pandemic started, I was not close to being done at all. I had the entire summer booked with shows. I could see that I wouldn’t finish the record, and then I would have to take a half-year break from the studio until I could get back to it. That can be dangerous if you take such a long break from your music because it could all sound different afterwards. When the shows were cancelled, I was happy because I had a lot of time and went to the studio every day.” 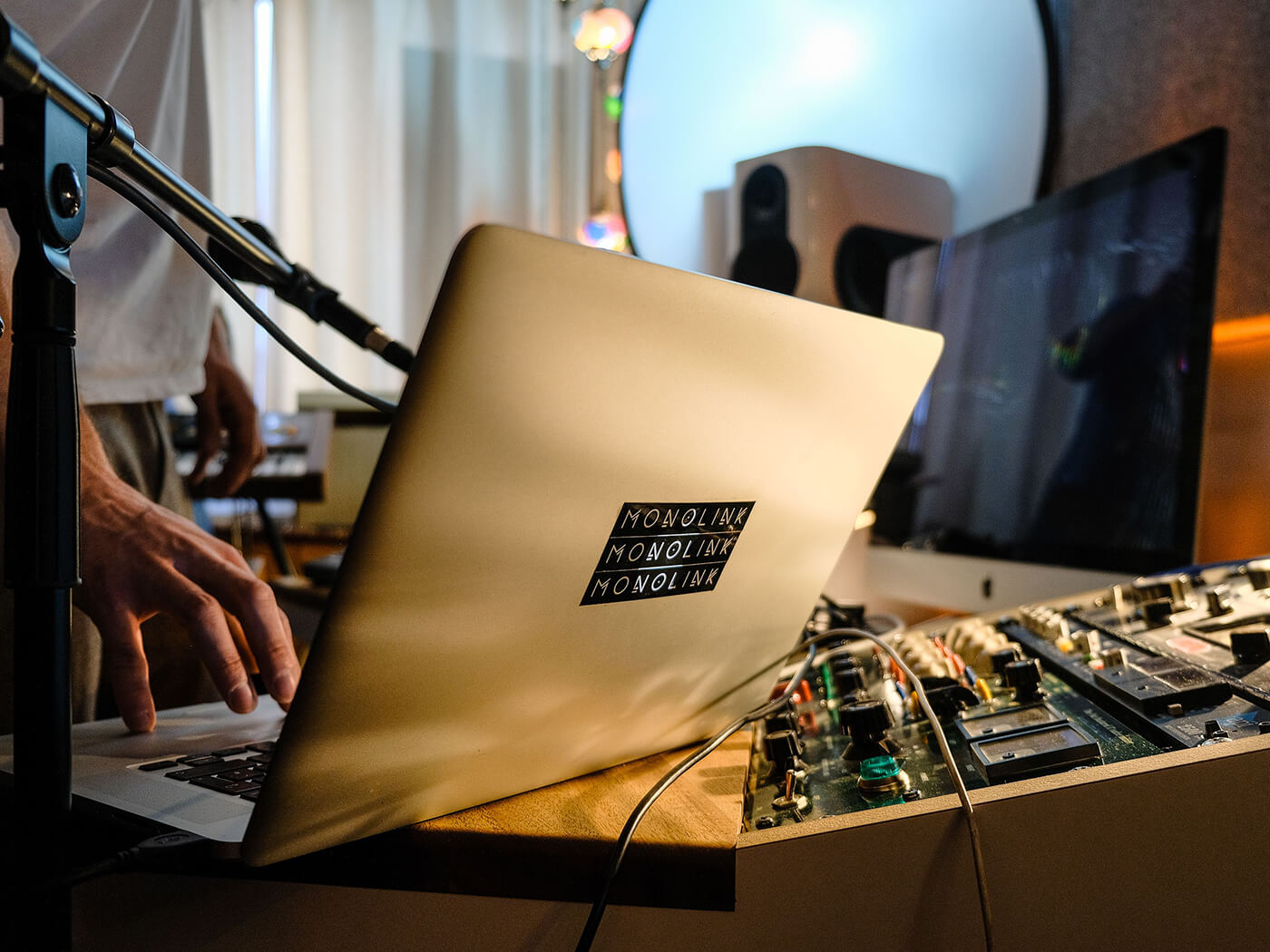 Monolink’s heartfelt blend of atmospheric techno and less dancefloor-focussed music is reflected through his beautiful studio space, where he’s thankful to have been able to spend more time than he’d expected in the lockdown – a positive among many negatives of the pandemic.

Able to witness the fruits of his labour through an impressive body of work, album Under Darkening Skies, is out now. Stefen looks to a possible future of taking his live show out on the road before one day returning to the studio and, no doubt, to his unique hybrid of musical styles.

Under Darkening Skies, the new album by Monolink is out now via Embassy One.