The rapid-rising Austrian producer shares the essential gear in his genre-blending productions and offers some tips on getting noticed by music blogs and labels. 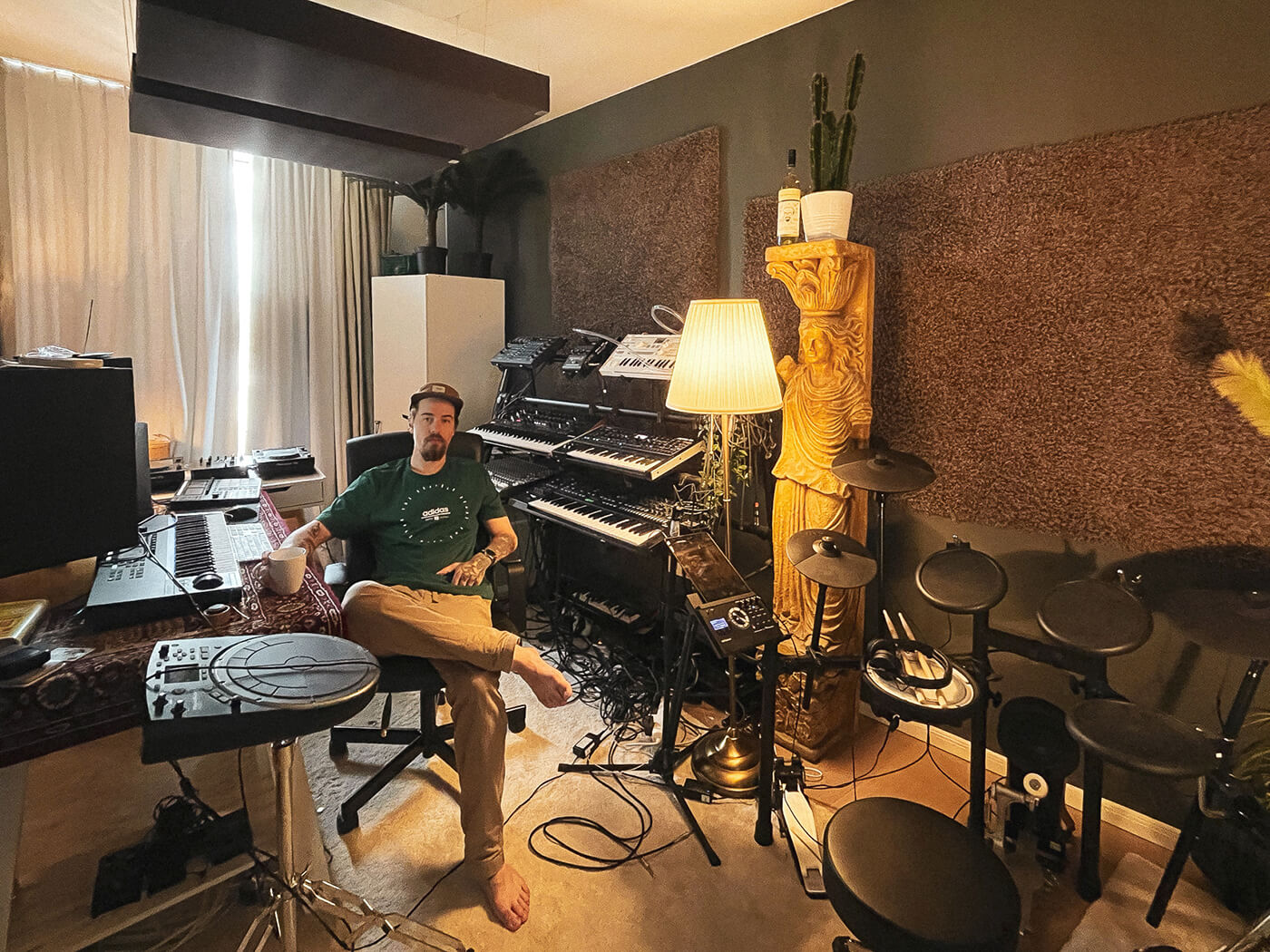 Demuja’s career as a producer and DJ has been accelerating in recent years, having garnered over 225,000 monthly listeners on Spotify and 20 million streams. His success has, in part, been due to the online fanbase he’s cultivated via popular YouTube channels, Facebook groups and other internet-based communities. His discography spans a range of impressive labels, from his own imprint, MUJA, to Shall Not Fade, Nervous Recordings, Toy Tonics and more.

Despite having a strong reputation as a four-to-the-floor maestro, he’s not afraid to dabble in other genres. His previous album, Atlantic Avenue, and forthcoming album, Period Of Time, are clear indications of that. Period Of Time is set for release on 20 August and explores disco, house, trip-hop and breaks, and is accompanied by a trilogy of music videos.

In this outing of Show Off Your Studio, the Austrian producer gives us a tour of his home studio and the gear that has been vital to the creation of the new album, and he shares some advice on how to get noticed by music blogs and labels.

Tell us a bit about the studio, Demuja.

My home studio is based right next to my bedroom, in Salzburg, Austria. I moved to this apartment in June last year, so it’s pretty new. To stay in a good mood and stay creative, I always try to add or get rid of different hardware, furnishings and decor. At the moment, I’m in a kind of 60s psychedelic vibe, so there are a lot of posters of Jimi Hendrix and The Doors, an Orange couch, my little record collection and a guitar.

I basically use it as my office. Every day, getting a coffee and working straight from 8 am until 7 pm making music.

Logic Pro, simply because I started with it, and I’m a bit too lazy to change. I tried Ableton Live the other day, and I can see it being pretty nice for a live set, but as a production DAW, I’ll stick with Logic. 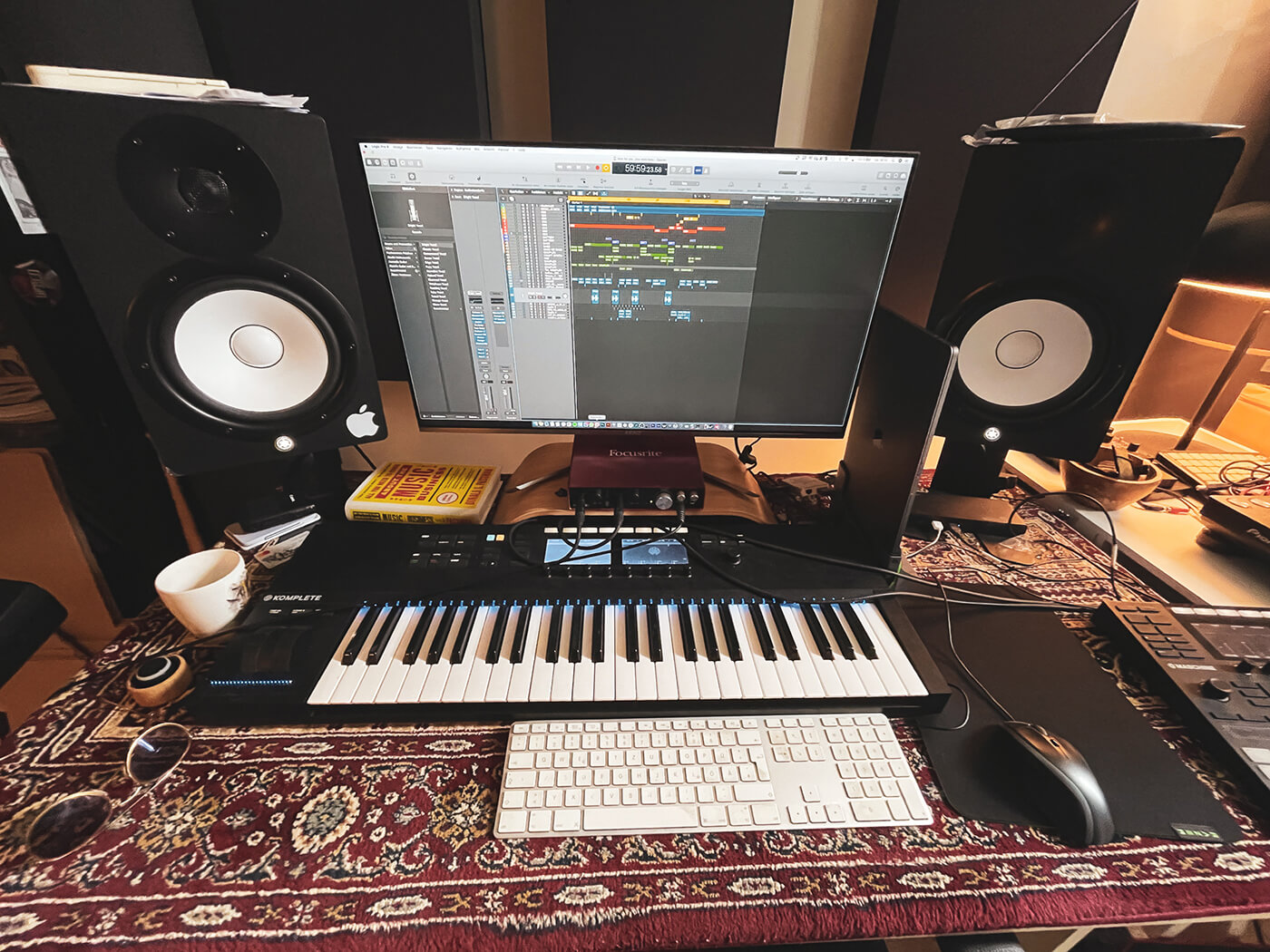 My Korg Prologue. I bought it a few months back and use it on almost every track. It nicely fits my current style – the leads are great. Also, I’m a very visual guy. I need things to look good, and the Prologue does look good.

A lot of your music embraces the stripped-back nature of lo-fi and acid house. Are there any instruments you use intentionally to achieve this?

Of course, a Roland TR-909 is essential. I have a great plug-in from Drumazon, and I only use this as a 909. I also own a TR-8S, but it never caught me. I don’t know why; maybe it’s the aesthetics. Also, there are endless 909 samples on the internet, so I’m sure you can find some convincing sounds there as well. For acid bass, I use the Roland Cloud TB-303. It’s a great emulation with a nice random function to get things started. For my old stuff, I used the iZotope Vinyl to get a lo-fi sound. Not anymore, though – my lo-fi times are over! 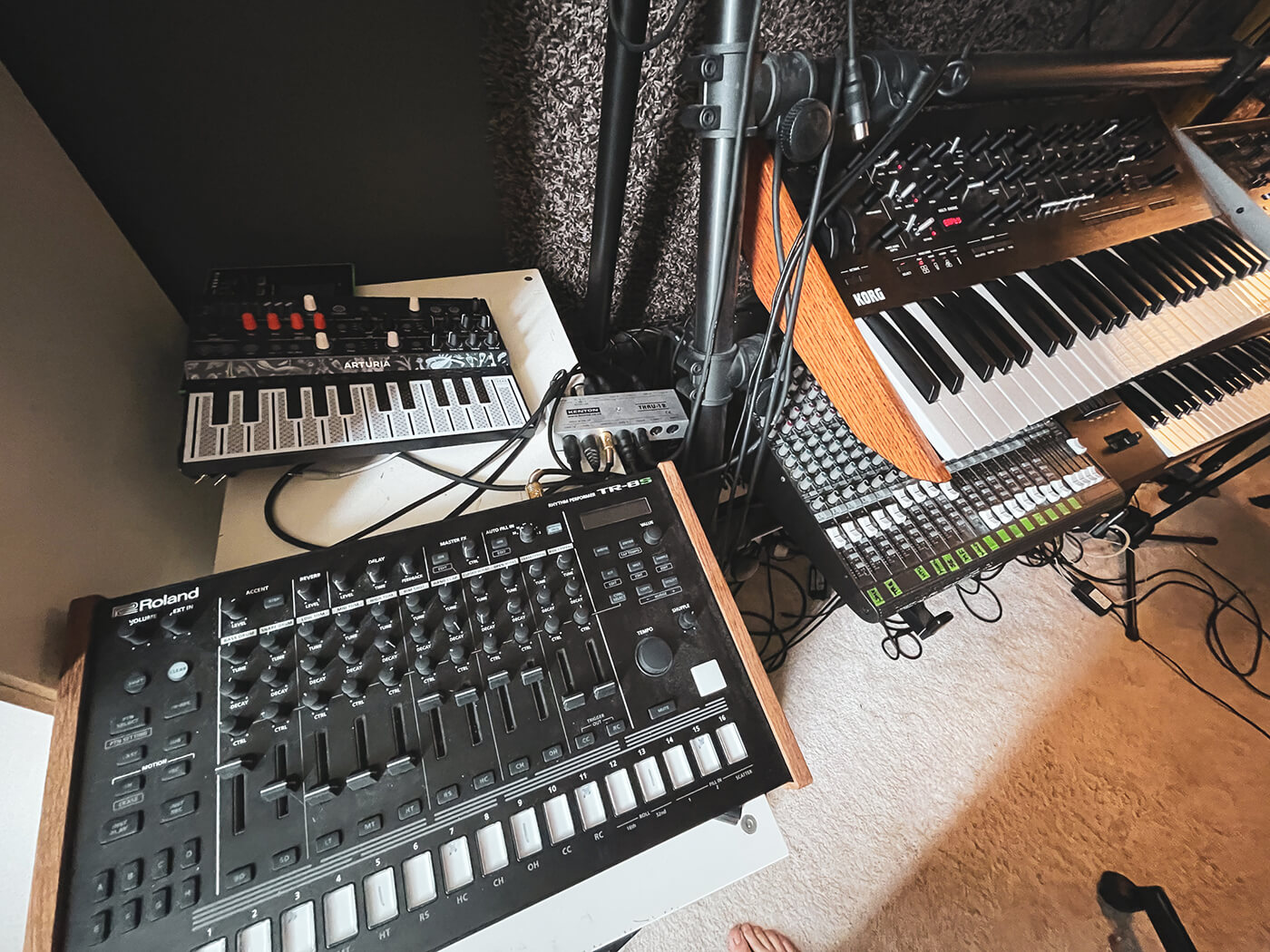 What synth or effect can be heard the most on your new release, In My Soul?

Are there any instruments or effects that were vital in producing your upcoming album, Period Of Time?

I used the Arturia Analog Lab on a lot of tracks from the album. There are such good sounds in it. But, in general, I use a range of different plug-ins and hardware. Sometimes I use Logic Pro, sometimes I only use my NI Maschine Mk3, and sometimes only hardware. It depends on how I feel that day and which genre I want to make. 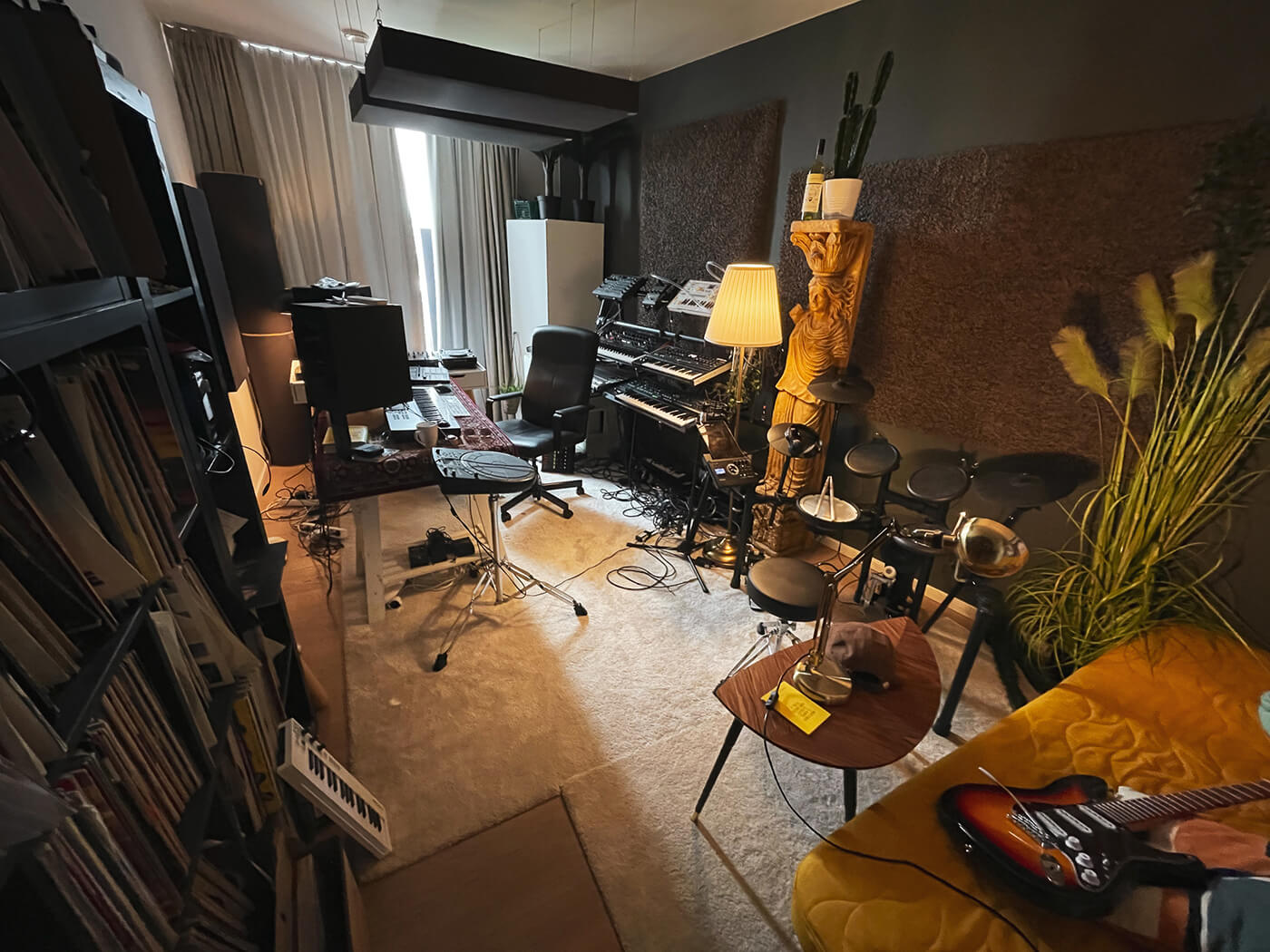 I bought the Jomox Alpha Base a few months back, and I don’t like it. It was pretty expensive. Wasn’t worth it.

I think I’ll bring my MK3. In this case, I’d have to buy the Maschine+ because it’s standalone. Again, I had it before but didn’t like it for what I wanted to do with it. 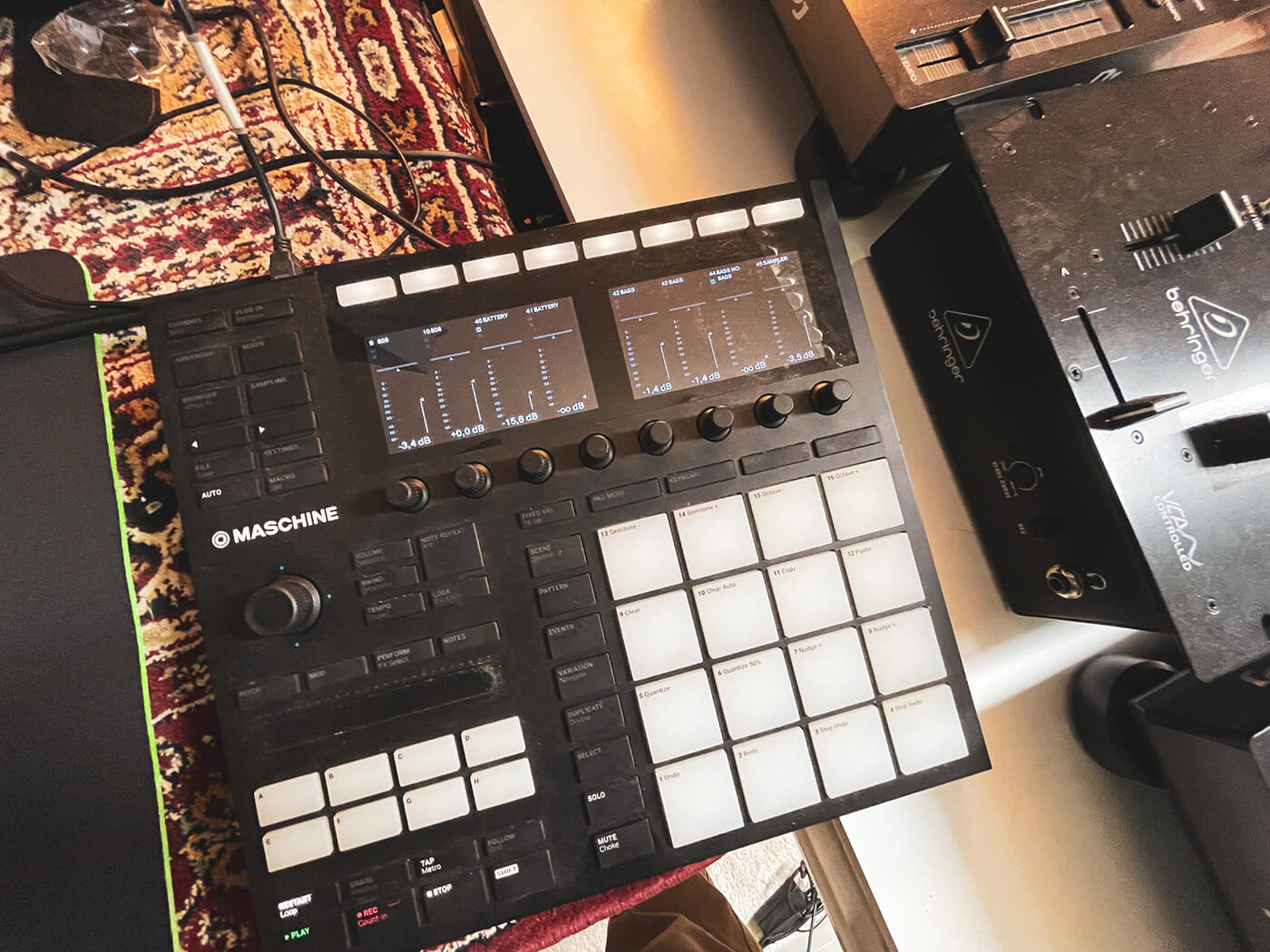 The right placement of the speakers and workspace is everything. In the beginning, I had the monitors projecting lengthways into the room, but the sound was shit and had no bass. And, after trying around a little, I have them in a nice place now. I have some acoustic treatment as well, but it doesn’t really do a lot. Trying to have a lot of things in the room helps for absorption and diffusion, like a wall full of records or books. 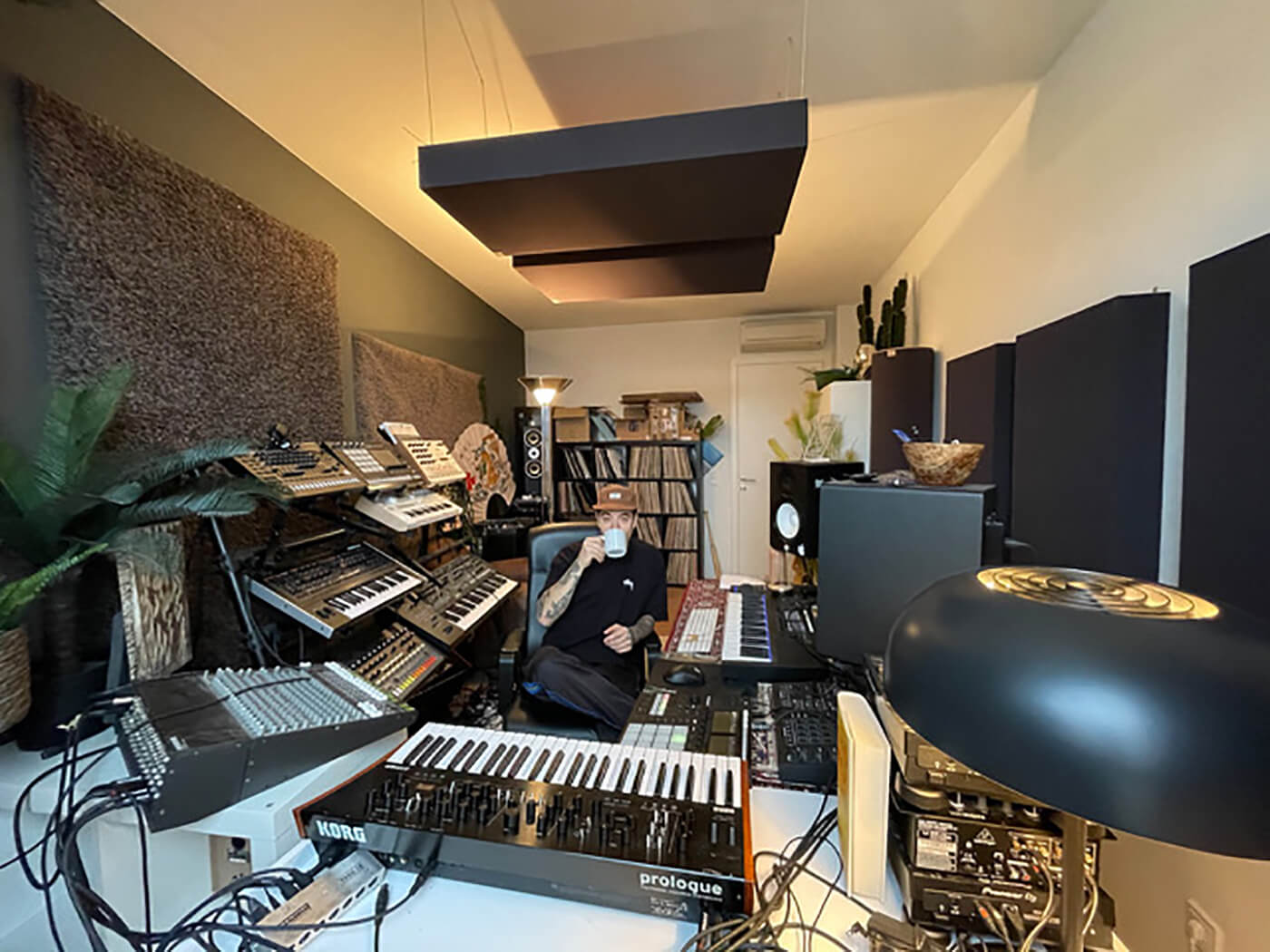 I bought a Roland E Drums a few days ago. I stopped playing the drums around 15 years ago, after playing for 10 years, so I wanted to go back to this again. Besides that, I’m sure I’ll get myself a Sequential Prophet in the near future – its sound is great. 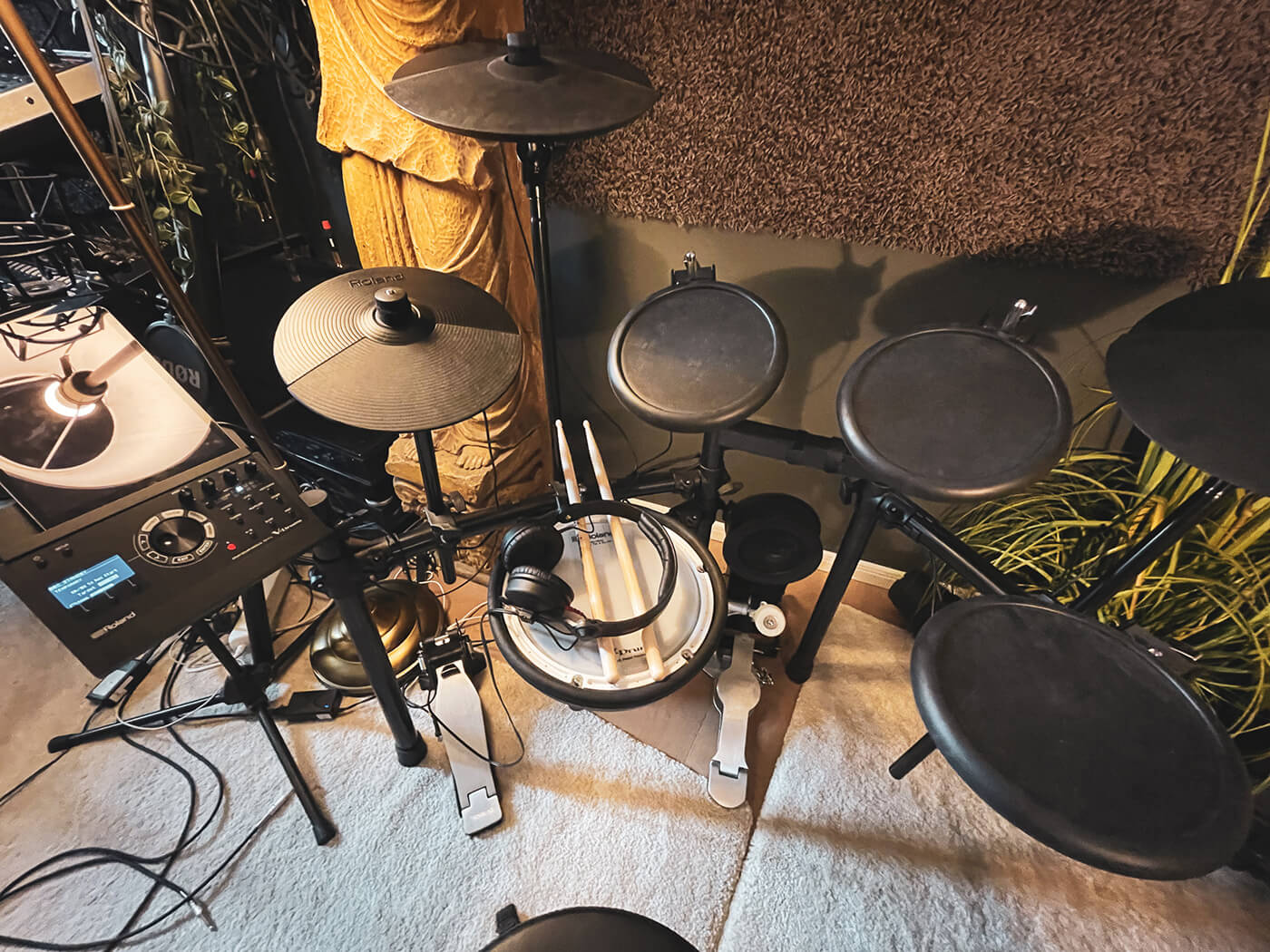 Do you have any frustrations with your current set-up>

I’m happy with it at the moment. There can always be more, of course, but I think with all the digital possibilities, you can change your setup all the time.

Don’t care too much about the technical side of production. As long as you know the basics, I think it’s fine. For me, it’s all about the right groove and feeling. Sometimes, when you produce too clean or too ‘perfect’, that groove or feeling gets lost, and you also lose that track.

You’ve been popular among certain YouTube channels along with Never Dull, Adryiano, Harrison BDP and Folamour. How much have these channels helped your career?

All these YouTube channels (Houseum, ooukfunkyoo, Slav etc.) are definitely a boost. You don’t need these big labels anymore to get recognition as a producer or DJ – they are the big labels now, in a way. But it’s important to also grow your brand outside of YouTube as well. Building a whole brand on only one platform is very risky.

Do you have advice for producers wanting to get their music onto online music channels?

That’s a hard one. There are so many producers out there, so it’s tricky. I think the key, as everywhere, is to be unique and do something original. Just keep sending it to them – don’t spam them, though. It also helps to offer them a music video for your track. Give them something interesting to work with.

Do it step by step. Get one thing at the time, learn it, and get the next when you know it’s for you. No rush. 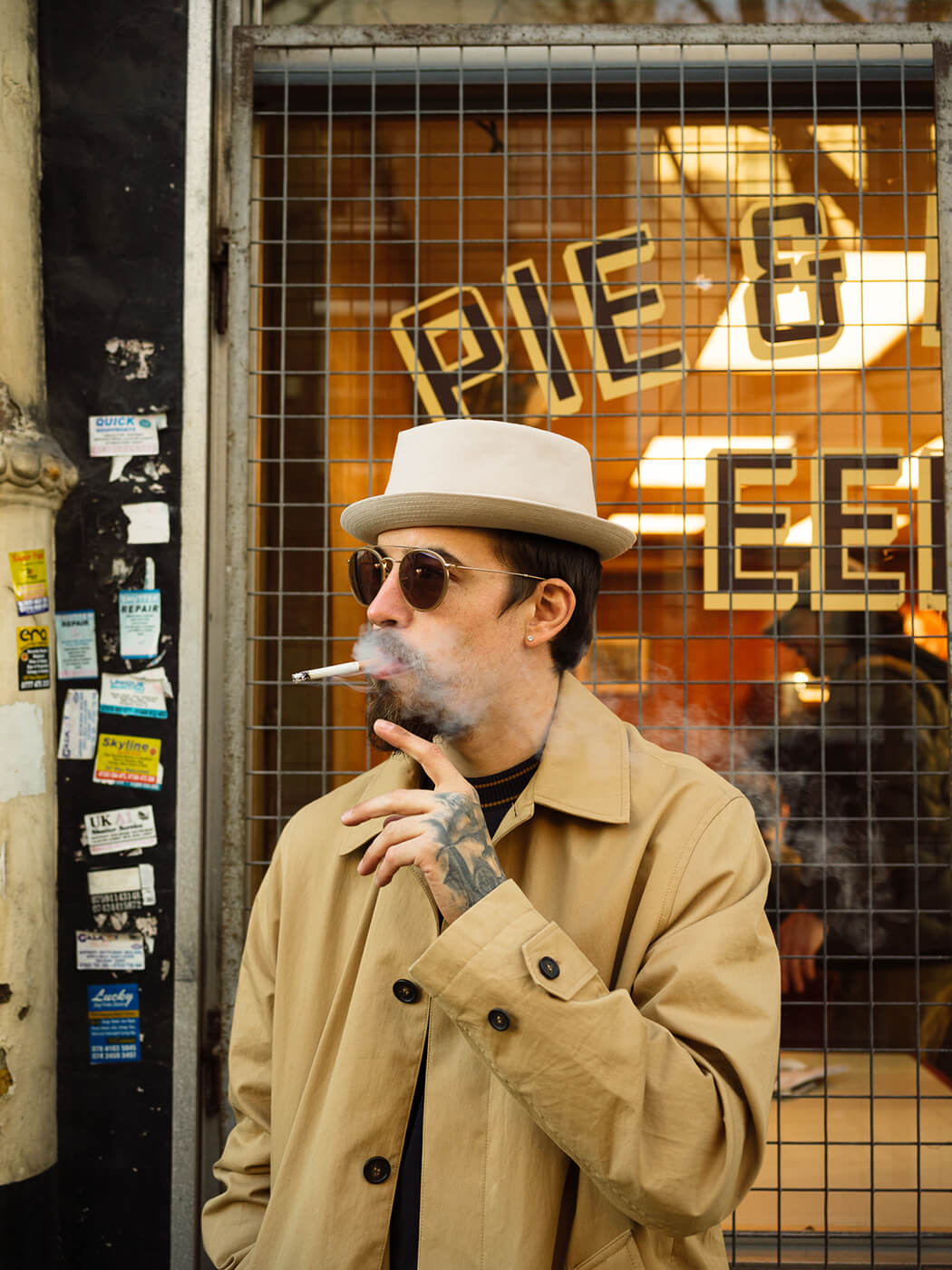