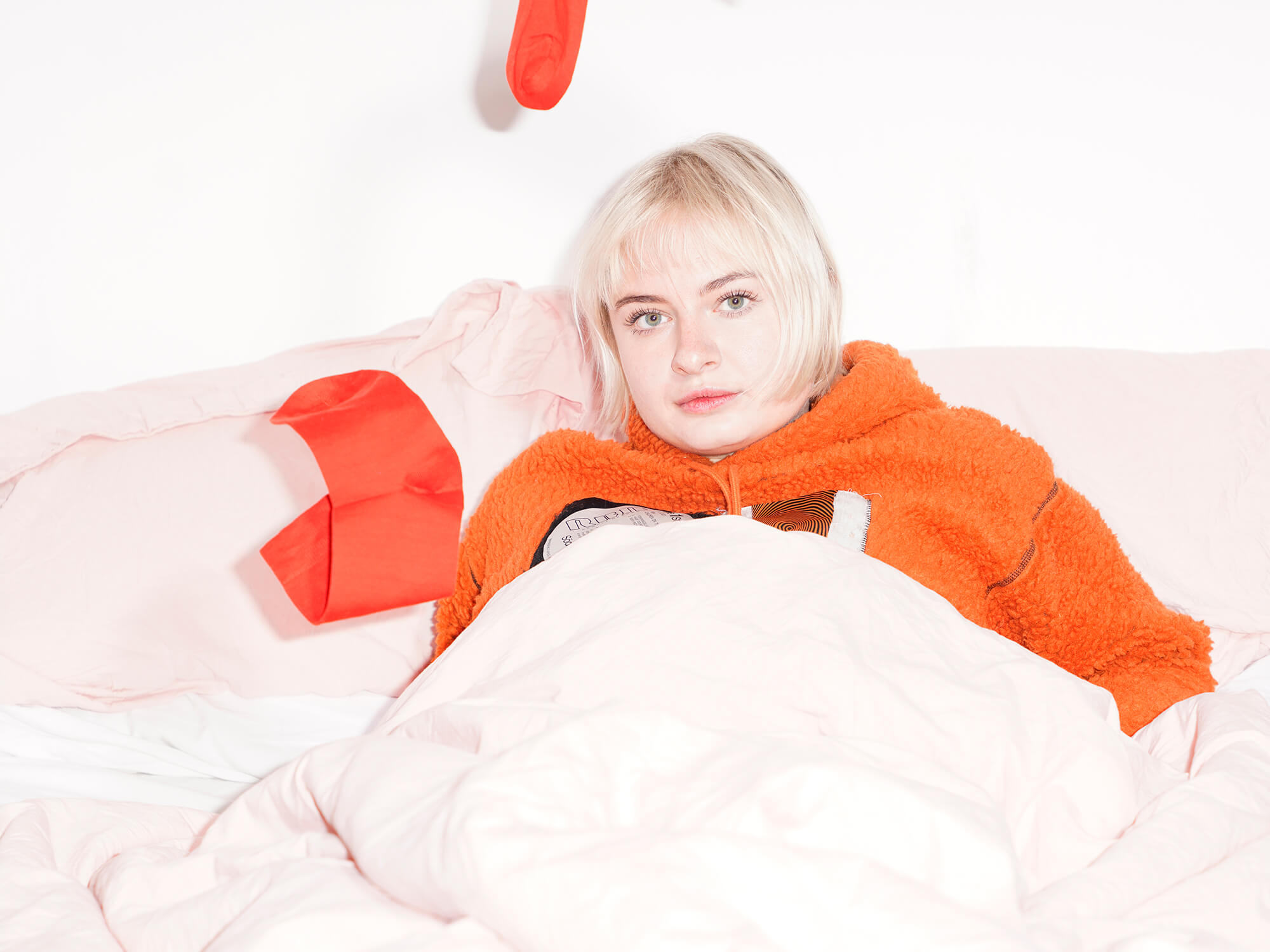 Låpsley: “I’m not a bedroom producer anymore. In this album, there’s so much thought in the technical aspects”

Cautionary Tales of Youth relays Låpsley’s last two years: living in South Africa, love and breakups, but most of all, it shines a light on a maturing musician in her prime.

Sitting cross-legged in her London home, Låpsley’s at peace. However, upon the release of the British singer-songwriter and electronic music artist’s third album, Cautionary Tales of Youth, she assures us that since her 2020 album, Through Water, the journey has been far from tranquil.

Cautionary Tales of Youth comprises personal stories from Låpsley (real name Holly) in her twenties reaching the next phase of her life. In a songwriting sense, the narrational album shines a light on relationships, breakups, university, and moving to another country. Production-wise, it shows her matured ear for detail and a shift from bedroom producer to a more rounded, experienced, collaborative musician. This is Låpsley as a refined artist, songwriter, producer, collaborator and human.

South Africa, where Holly found herself locked down during the COVID-19 pandemic, becomes an unexpected scene set from the start on tracks such as Two Seven, which references the country’s dialling code. It’s set both through Låpsley’s lyrics, “Step off the plane / Red dust on white Nike / I don’t take calls from ex anymore”, and through the distinctive native influences created with some of the country’s finest producers. Before long, and with a new experience-driven flame to write new music, Holly adapted to these new environments and cracked on with new music, with much of the album becoming a tribute to her experiences in the country. It was here, after all, where the “love for [a] person went into a love for the country and the creative community,” she tells us.

“We were there for months,” Holly says. “I reached out to some of the best producers in the country and just got stuck in. It’s more of an album of collaboration than anything I’ve ever done, in that sense.”

“Putting heads together” with the “biggest nerds in South Africa” such as Msaki, Jessy Lanza, Paul White and Greg Abrahams allowed her to delve into genres she’d loved all her life but didn’t have the freedom to explore with past projects. “I love afrobeats and I’ve always loved amapiano and gqom,” Holly says. “This is the first album where I’ve opened the doors up to other collaborators other than Joe [Brown, a producer and frequent Låpsley collaborator]”.

“You can still hear Joe and I on songs like Hotel Corridors and Smoke & Fire – classic me and him in our little studio in Tottenham – but I think in order to expand your sound and have confidence in that, in paying homage to so many different genres, you have to have this guiding presence of someone that knows those genres in and out.”

This album feels like a pivotal moment for an ever-progressing Låpsley, who, besides being a solo artist, brings artists out of their shells and “empowers them to be able to write their own stuff” as a co-writer, she explains with a proud smile. But as a solo artist, this monumental release showcases Låpsley’s technical maturity since the sudden success of DJ Koze’s smash-hit remix of Operator in 2016.

“I’m not a bedroom producer anymore. In order to step up a level, I worked with different kinds of equipment and spaces, and became a bit of a nerd. You start to want good sound treatment in a room and you want to get the best vocal take. You can definitely hear in this album that there’s so much thought in the technical aspects.”

She recalls playing the full album to Alex Dromgoole – aka Lexxx ahead of a mixdown session. “He was like, ‘this is one of the best vocally produced records I’ve ever heard’. From a sonic perspective, all of the little choices that we made at every single point along the way paid off.”

Asides from a new level of technical ability, Cautionary Tales of Youth was, as mentioned, a new scale of collaboration for Holly. She says how each aspect of the process in the studio became shared while she still “drove the ship”. Working with unfamiliar producers that work within amapiano circles or – as she says, “Black Coffee style” house music – and playing instruments in a non-European way became a key part of her ethos: “What I was looking for in a producer was someone to bring something to the table that I’d never really heard before. It was a whole different version of pop, which I found refreshing,” she says.

Låpsley’s ability to tell a story while making something sonically rousing is astounding, and it all comes into play on this album. This is, it’s fair to say, fundamentally story-driven, with the first half conveying the excitement of a new relationship, a fresh start, and a new environment. The latter half starts with the track War & Peace, which represents a tipping point when a relationship gets real. The record then becomes all about the muddier side of a relationship, documenting an eventual breakup but optimistically circling back to regrowth and resetting.

Holly smiles pensively as we express our personal attachment to the record, which tugs at the heartstrings of the listener. Smoke & Fire, produced in the UK with Brown, is all about the “pleasure and the deep pain,” she sings, that bittersweet twilight moment when one relationship ends and a new one begins. The chorus, in its confused happiness, asks a new love: “How do you see me through the smoke and fire?” This balance is expressed through the gentle melancholic synth keys and reverberated vocals, which feel like they’re shouting out into an abyss.

Holly goes on to tell us about her lightning-fast process in the studio. When she has a lyric and a feeling, it needs to be acted upon at that moment. But how does she suddenly conjure up such a wealth of beautiful lyrics? “I’m a visual person,” she explains. “A lot of the things I write are either visual metaphors or I’m trying to set the scene – how you build up a song’s visual world. And it just made me realise how crucial that is to my process.

“Also, I’m just a bit nutty,” she giggles. “There are always loads of words spinning around my head but then I’ll burn out by four o’clock! I don’t really do more than five hours in the studio a day. I definitely work better in more intense, shorter periods of time.” 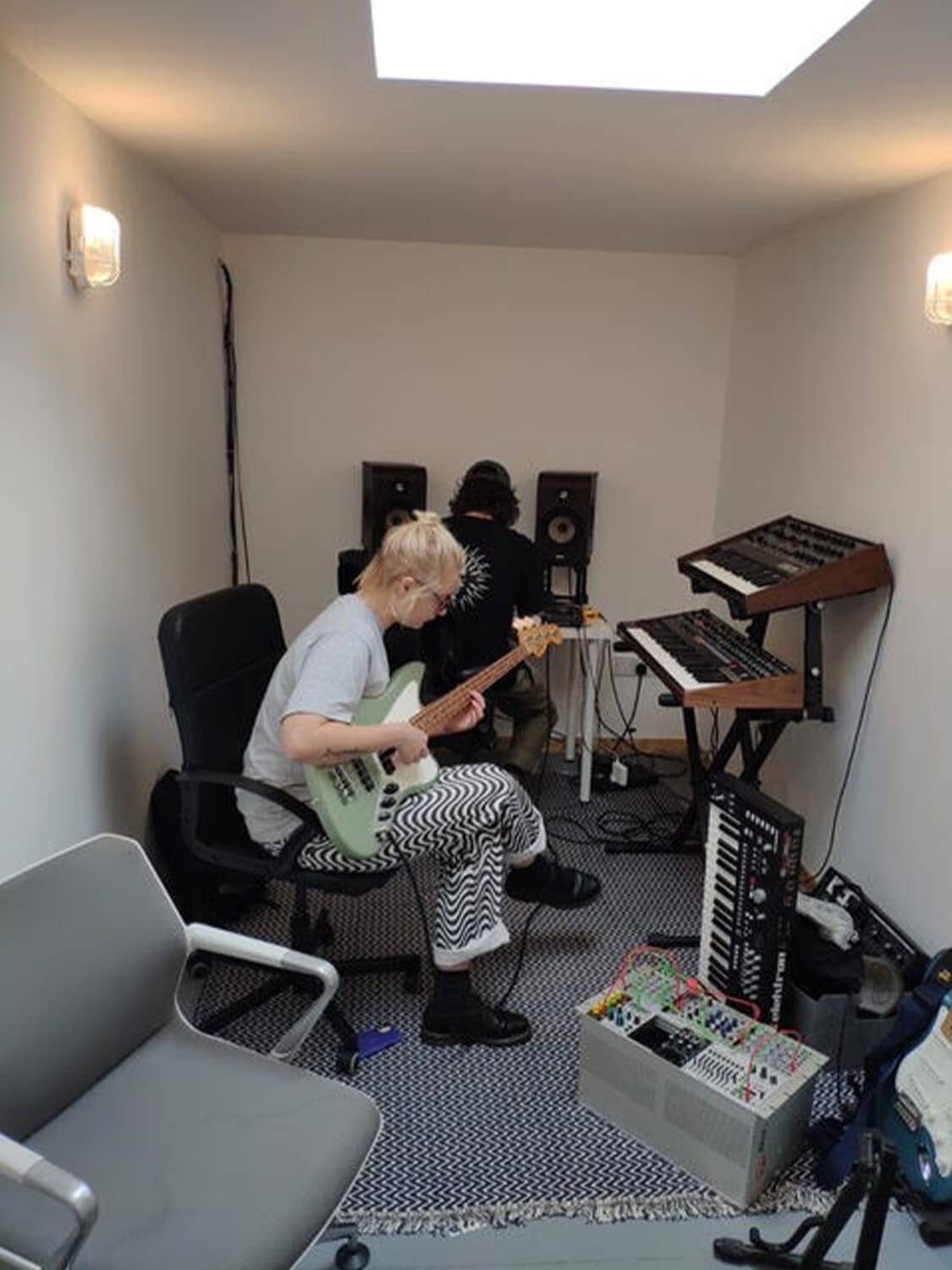 When new emotions flare, Låpsley is quick to carry the flame into the studio, lighting up another project that comes from a place of authenticity. And in Cautionary Tales of Youth, she’s quick to the mark to keep those raw embers alight for the listener. It’s not just a body of work showing Låpsley in a new light, putting her own spin on exciting corners of music with a new sense of freedom. From start to finish, this album tells an honest, emotional tale of growth. From Tottenham and Clapton to Johannesburg, we’re carried through the past two years lived by an ever-maturing master of music, searching for new sounds and stories.

Listen to Cautionary Tales of Youth by Låpsley on Bandcamp.