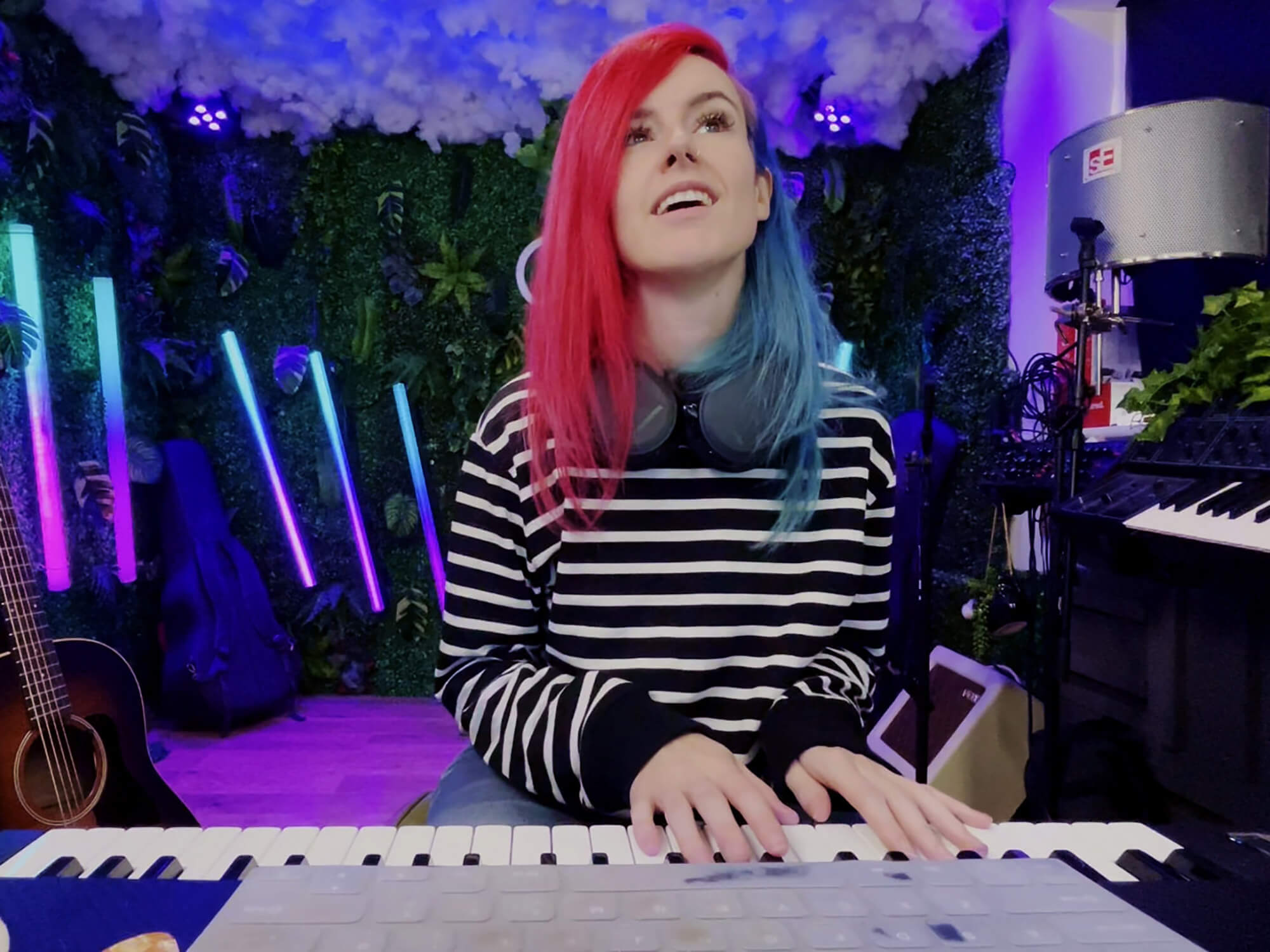 Emma McGann on connecting with fans, live streaming, and building the Monsterverse

“Come along with me on the journey. That’s what the relationship has always been”

Emma McGann’s relationship with her audience is unique. It is a relationship of accountability, transparency, and collaboration – and it’s underpinned by technology.

“I think about tech and music with the audience’s experience in mind. It’s a storytelling tool,” McGann says. “It’s about how can I create something enjoyable for [the audience] outside of the realm of music.”

As McGann speaks to MusicTech over Zoom, she is sitting in front of a backdrop reminiscent of an LED jungle, wherein different lighting fixtures are strewn among faux plant life.

Her audience is very familiar with this backdrop. This is the same space where she hosts her regular schedule of live streams on Twitch, which she has continued despite live gigs opening up again after the pandemic. 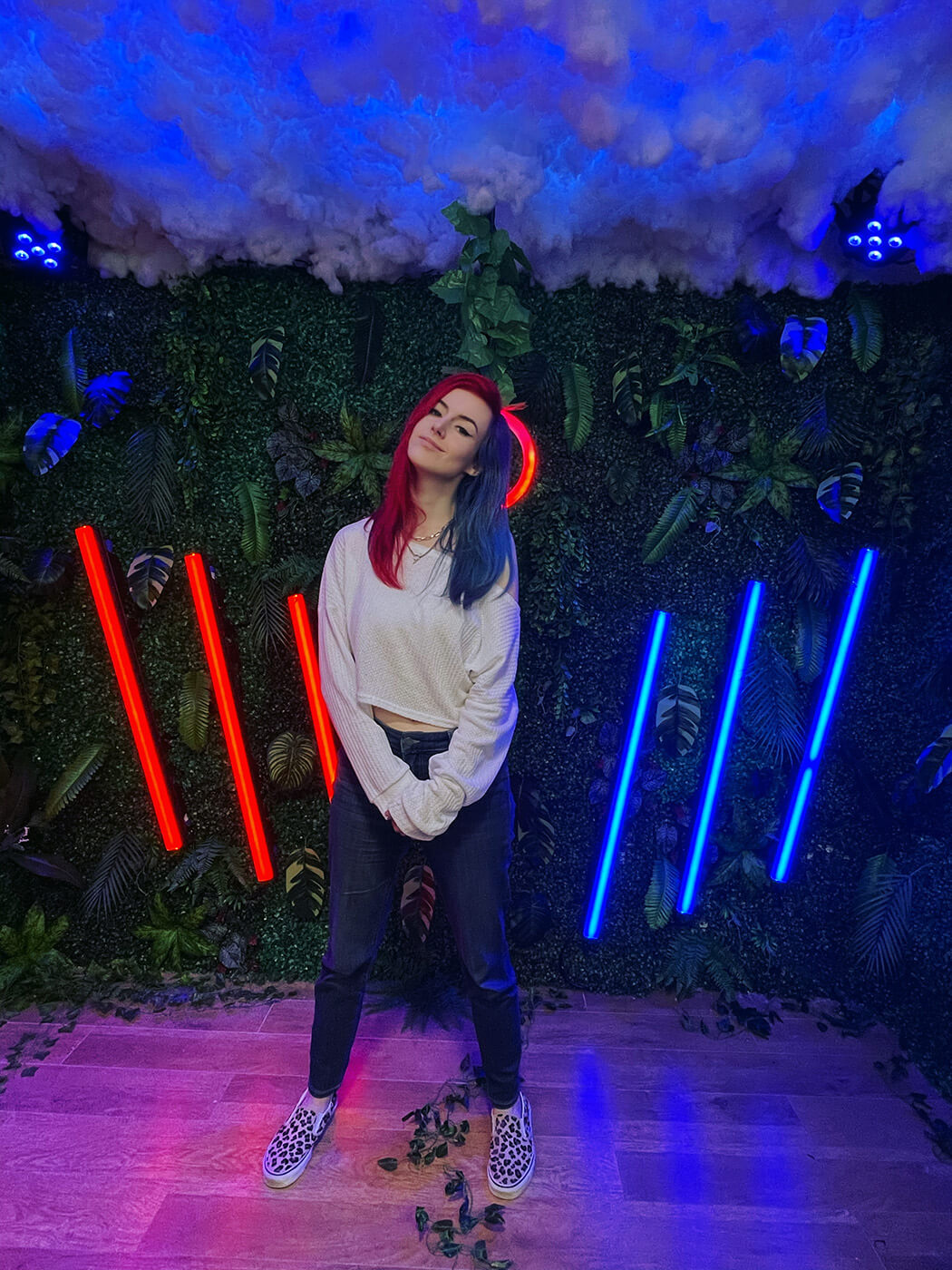 Live streaming is just one of the ways McGann uses technology to connect with her audience. Over the years, she’s used video production, 3D world-building, VR, motion capture, and more to provide her audience with something beyond a listening experience.

“Come along with me on the journey. That’s what the relationship has always been,” McGann says.

As part of this adventure, she recently invited her audience to face their inner demons through her latest EP, Monsterverse, featuring a dark and edgy sound that embodies the experience of looking inward and confronting hard truths about yourself.

“This overarching theme of the EP of dealing with your inner demons. How can I bring that to life in a way that the inner demons are actually demons you face?” McGann asks. The answer is technological in nature. 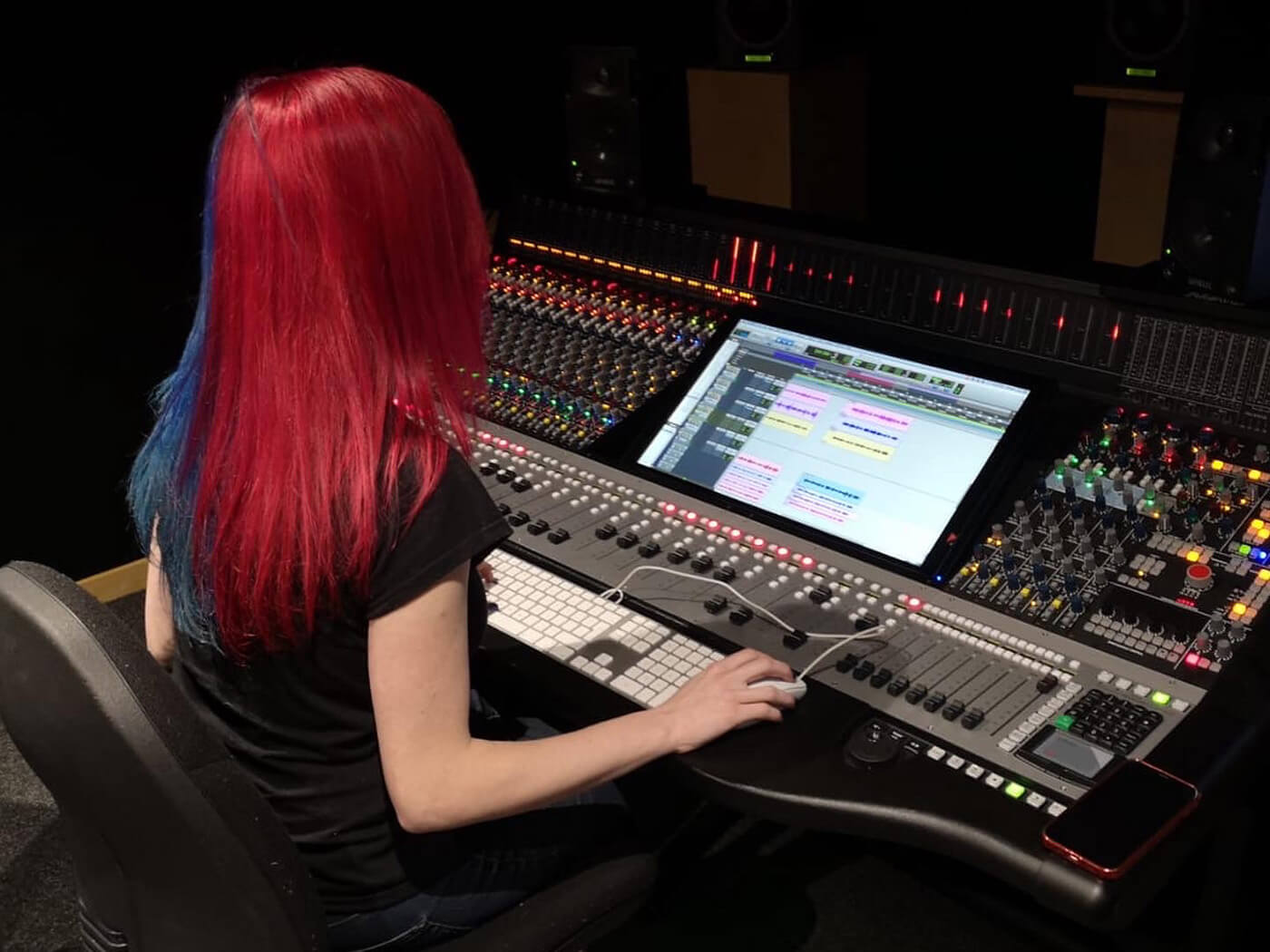 Imagine a post-apocalyptic world where monsters live to terrorise you. Around every corner, behind every door, they are waiting for you.

You can escape, but it won’t be easy. To get to safety, you have to confront the monsters and steal the crystals they keep in their eyes. These crystals are keys to different portals and with enough crystals, you can finally use the portal that will lead you home.

Just like the EP, this world is called The Monsterverse. And with the help of her partner, James Plester, McGann created this world using various technical applications for her audience to explore at will.

You can access The Monsterverse by visiting McGann’s website. Beginning with an enlistment video starring McGann, during which she warns viewers of the dangers ahead, the website follows the story of this virtual world.

“We’ve been a bit of a power team together. He’s been a big influence in terms of weaving in tech across my music as well,” McGann says. “James has definitely played a big role in pulling new tech into my eye line. We like to keep our ears open if anything piques our interest.”

One technology that intrigued them, about a year before The Monsterverse came out, was the 3D creation software Unreal Engine.

The story of The Monsterverse consists of four episodes. Each one is a music video attached to one of the four tracks on the EP. All of the videos implement the first-person perspective to cast the viewer as the main character who explores the desolate and frightening landscape of The Monsterverse, and McGann and Plester created that landscape using Unreal Engine. 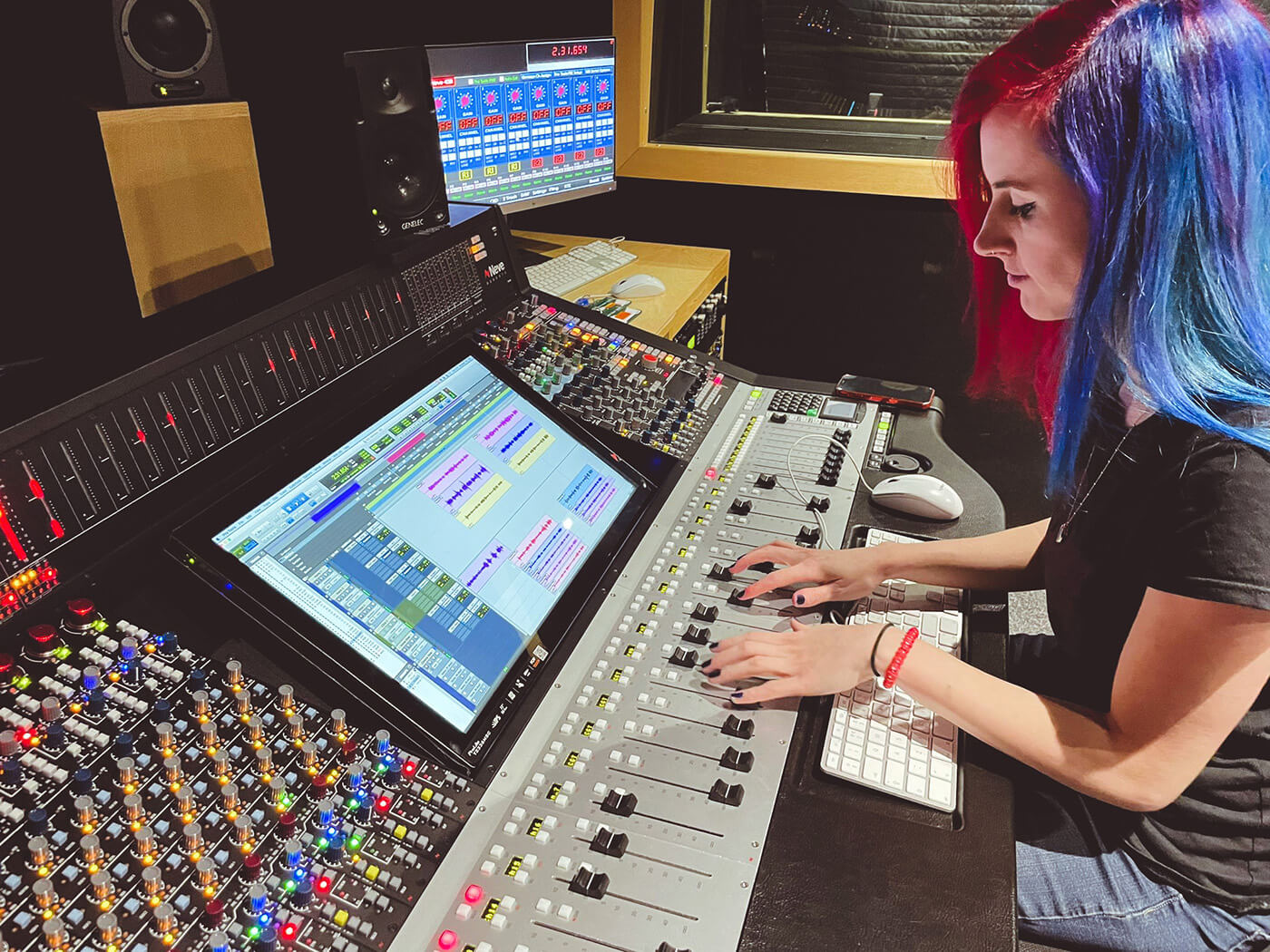 In the past, McGann had shot many of her music videos herself, so she was familiar with designing her own visual aesthetic to accompany her releases. However, that traditional method was inherently limited by factors such as location, lighting, weather, and, most prominently, budget.

With Unreal Engine, there are no limits to what she can create for herself and her audience. Best of all, Unreal Engine is free to download. Every independent artist has access to the endless possibilities of the program (as long as they have a PC that can run it efficiently).

“We were blown away with what you could create in the comfort of our own home,” McGann says. “It became my mission to see what I could do with it, and hopefully it will inspire other artists to try it out themselves as well.”

Once McGann built a world where her audience can face their inner demons, she needed to introduce the demons. The monsters represent these demons, and through Rokoko motion capture software, McGann allows her audience to face their demons alongside her within the world.

How? McGann is the monsters.

The monsters inside the music videos were created using McGann’s own movements via motion capture. There are even brief clips on the website showing her wearing the motion capture suit and how that translated to the motions of the virtual monsters. 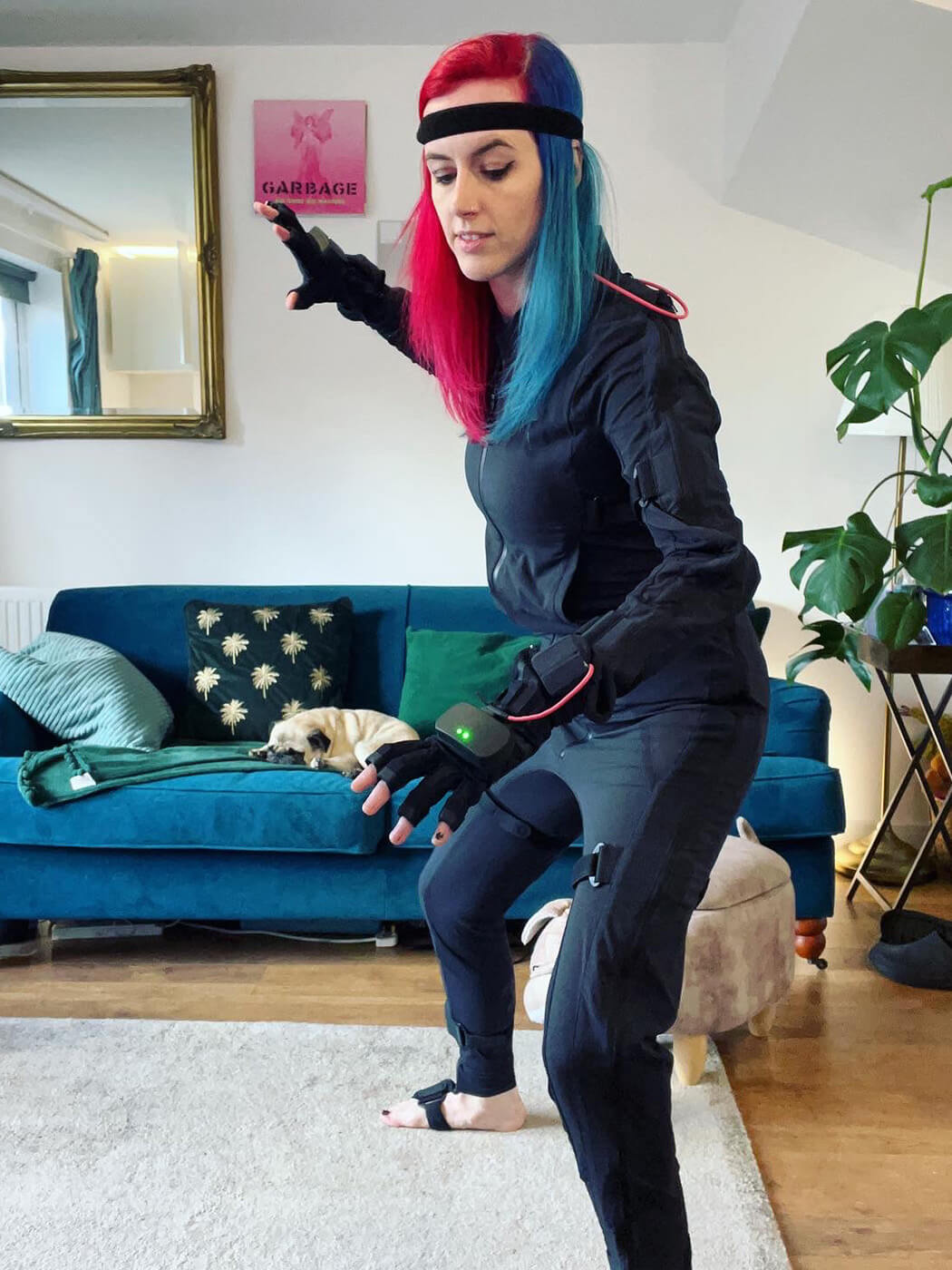 “Being able to step into the world – of what I was creating myself – in a motion capture suit, I’m stepping into my own story in a way where I was actually feeling better about myself, mentally, and it gave me that lift,” McGann says. “I felt really stupid and I was like, ‘I don’t actually know what I’m doing,’ [laughs] but I’m having a lot of fun with it.”

The idea of feeling stupid, but having fun anyway, is a cornerstone of vulnerability, and McGann’s commitment to sharing her life with her audience has kept her on the forefront of technology for over a decade.

For example, many artists would never have thought to launch a live stream channel if it wasn’t for the COVID-19 pandemic, but McGann has been doing it since 2013 with a platform called YouNow. She even gave a TED Talk on the viability of live streaming for artists back in 2017.

“[Live streaming] feels to me like the most human version of social media that we have, because there’s so much room for mistakes, and there’s no way that you can correct those,” McGann says. “There’s always been that kind vulnerability for the live streams of just allowing [my audience] to get to know me.”

McGann has since shifted over to Twitch from YouNow, but live streaming remains a vital element of her artistic output. She broadcasts four days a week (Fridays, Sundays, Mondays, and Wednesdays), and some regular viewers of her stream haven’t missed a day in almost ten years. Others have come out to her live shows. Others still have become her friends in real life as well.

“One thing that I always try and think about, and also remind other artists of, too, is that level of reciprocation needs to be instilled especially when there’s a financial element to it. That’s why I’ve always been transparent with [my audience],” McGann says. 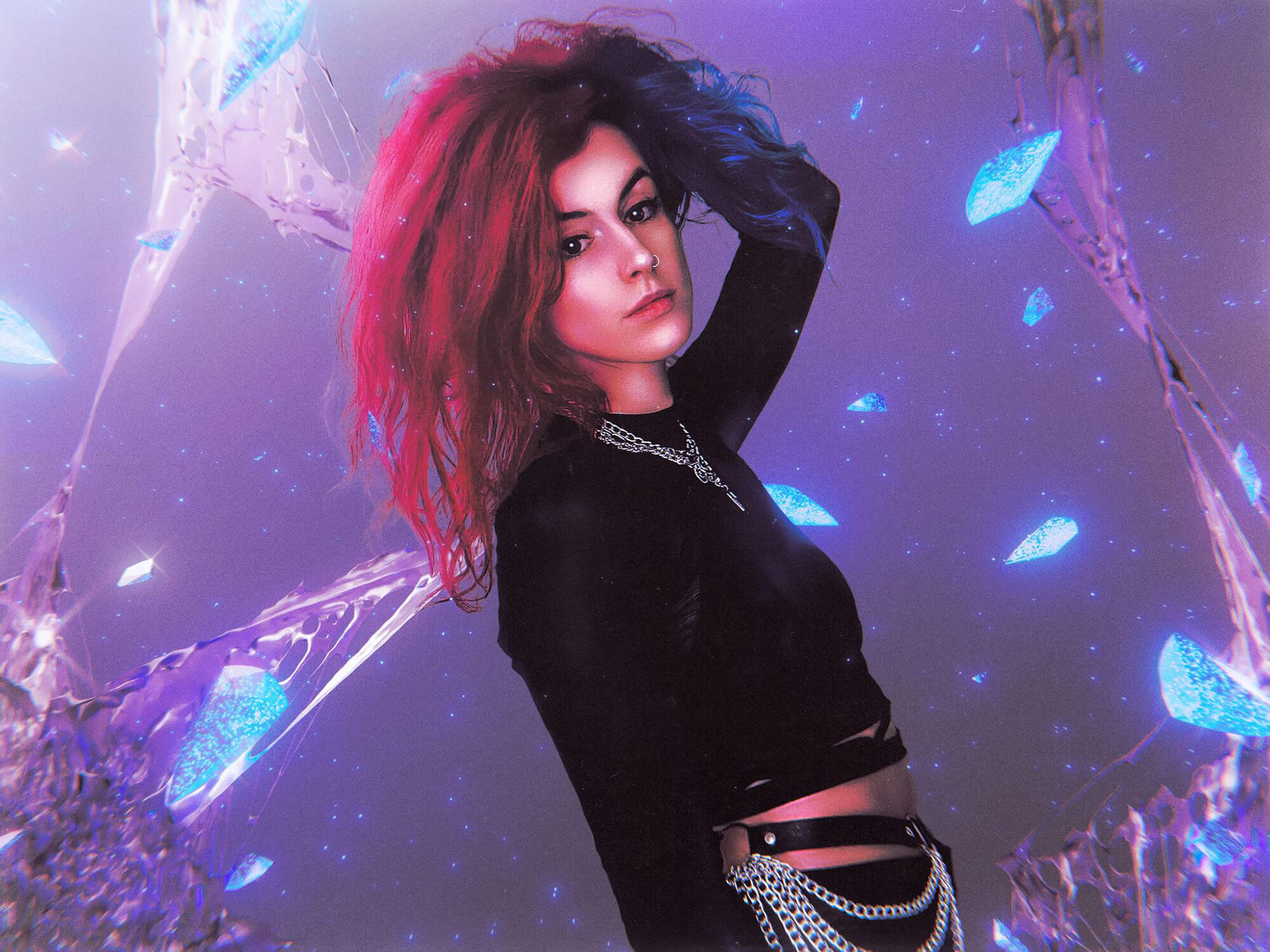 In many ways, McGann benefits financially from live streaming as much as she does artistically. There were times when a two-week tour earned her less money than what she made live streaming on a regular schedule for two weeks via subscriptions, tips, and other forms of income that streaming opens up.

In addition to live streaming long before most artists, she’s been at the forefront of virtual reality as well. In December 2018 she was already implementing virtual reality into her music videos as she did with her song Distracted.

For this video, she used VR180, once again, with the audience experience in mind.
“Back then I didn’t really see virtual reality as being accessible on a grand scale to the majority of people because when the first HTC Vive came out not everybody could afford that at all,” McGann says. “So with the VR180, for example, that was an instance where we could showcase more of what was happening outside of the frame, but the experience is still just on the screen.”

After so many years of advancing her relationship with technology as she writes new music, she is excited for how the next project will turn out. But regardless of the outcome, whatever new types of technology McGann decides to implement for her next project, she will continue to keep the audience’s experience in mind first.

“It’s always been a very open and interesting and beautiful support system to have with me as an artist,” McGann says of her audience. “I feel valued. I know I’ve put the work in to get there, but without them there I wouldn’t be as comfortable as I am now in terms of the work that I do. I’m very grateful to them.”