Hugh Padgham on his amazing career and working with The Police

With four Grammys and millions of record sales with pop royalty such as Sting and Phil Collins, Hugh Padgham has become one of the world’s most beloved producers. We catch up with Hugh to dig up the roots of his music-industry career, unpick his game-changing studio techniques and discover how, when you strip everything away, it all comes back to the music… 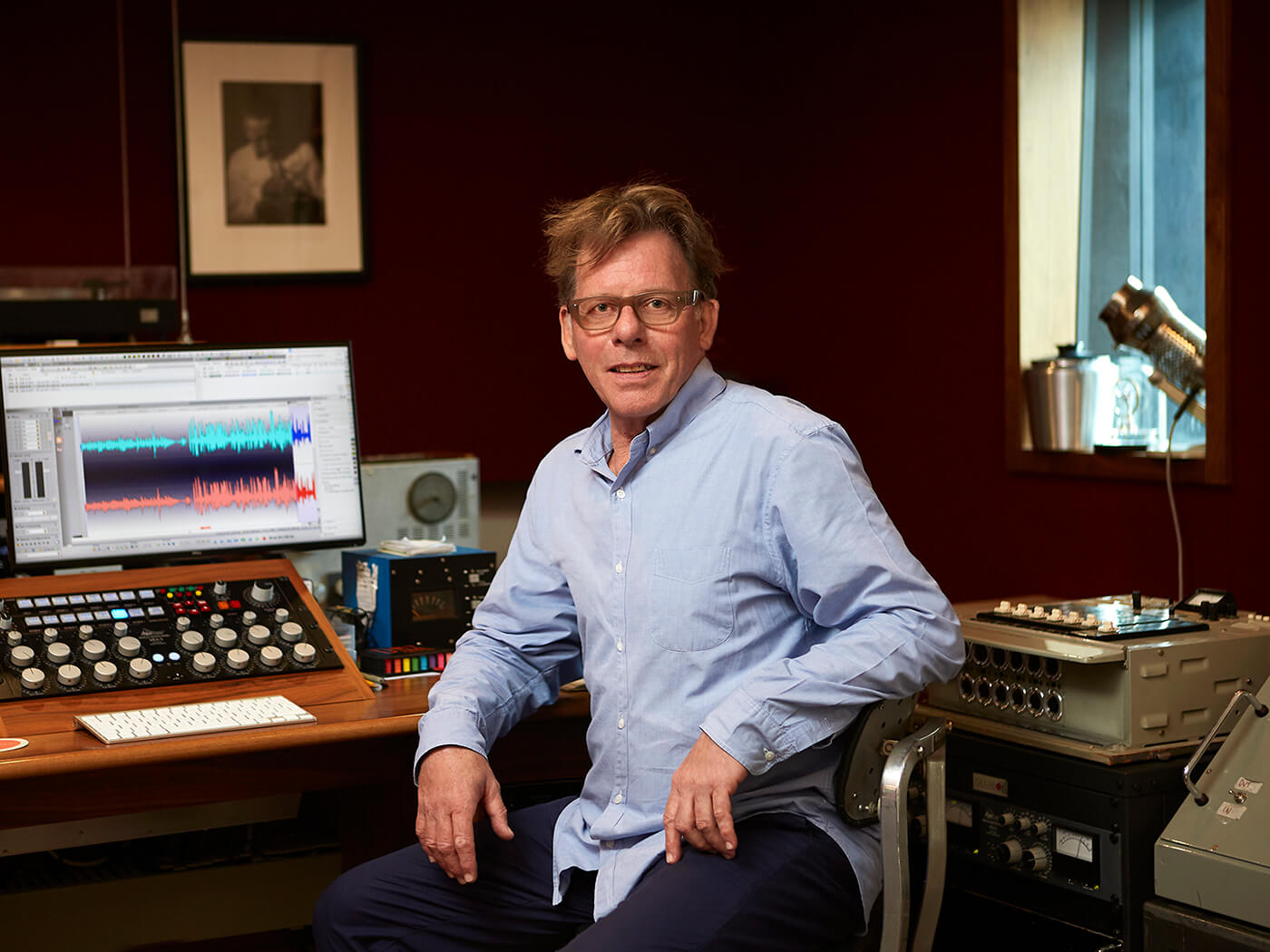 What sounds define a decade? Think of those big 80s records from Phil Collins, Genesis, Duran Duran or The Police; they all glow with a distinctive pop energy, embossed with the gold stamp of production quality courtesy of one man: Hugh Padgham.

With millions of album sales and several mantelpieces buckling under the weight of accolades, the studio legend has continually raised the bar of music production. From Peter Gabriel and XTC to Kate Bush and The Police, Hugh has always been the right man at the right place at the right time, helping many of the world’s most revered musicians find their own musical magic.

Alongside his chart triumphs, Hugh simultaneously pioneered the legendary gated-reverb studio technique, a piece of sonic wizardry that added serious weight to inescapable hits such as Phil Collins’ In The Air Tonight.

What’s the secret to Hugh’s sustained success? “Producing hit records is half and half diplomacy. It’s how well you get on with a client and how you manage egos,” Hugh says. Amid the excess and arrogance of the 80s, some of our greatest pop stars created their finest sounds. So understandably, relationship management played a part in keeping a handle on recording and studio shenanigans. “There are countless diplomatic aspects to producing,” agrees Hugh. “I always maintained a cheery disposition and tried to be easy to get on with. That really helps. But you need to balance it with being great at your gig, too, and make the most of the opportunities when they come.”

Soaking up the sound

From the mid-70s, Hugh cut his musical teeth at London’s Advision Studios, then at Lansdowne Studios. Soaking up the rudiments of studio engineering, he fell in with Virgin, and scored a role at its Townhouse Studios at the tail end of the decade.

“I was lucky to get a job at Townhouse as a junior engineer. It was there that everything took off. I met XTC producer Steve Lillywhite and landed the gig working on Peter Gabriel’s early solo albums. At that point, Peter and Genesis were heroes of mine. So to work with him and other bands and artists I’d loved when I was at school was really cool.”

Working as an engineer on Peter Gabriel’s eponymous third solo LP (also known as ‘Melt’) opened the doors of a music career which has enabled him to tease out genius from talents at their creative peak. Hugh suggests, somewhat modestly, that there are no great mysteries behind enduring creative relationships.

“You’d make an album, then the artist would go off and tour it for a year or more and you’d just move onto a studio session with the next client. I was recently chatting with Carlos Alomar, David Bowie’s regular guitarist. Despite living in adjacent flats in New York, Carlos said he never knew what David was up to with the next record until he got a phone call from him about three weeks before he wanted to make it. And they worked together for more than 30 years.” Hugh worked with Carlos and David Bowie on 1984’s Tonight.

Hugh enjoyed a similarly casual relationship with his artists, indicative perhaps of the esteem with which his creative skills were being viewed by his high-profile collaborators. “It just seemed to happen,” he says. “You’d be working on another album, then my manager would ring up and say: ‘Sting’s team has been in touch again. Can you be here on these dates?’ It used to get a bit stressful, as you’d be trying to finish a record and Sting wanted me somewhere like Montserrat. But things would usually work themselves out.”

Peter Gabriel’s self-titled third LP was released to widespread acclaim in 1980 and ushered in a decade of huge creativity for Hugh. “It wasn’t a monster success in terms of units sold, but it was certainly recognised as a very innovative record,” he states.

Back then, music technology was mainly analogue, as computer-based production was still in its infancy. But these limitations inspired Hugh and his peers to be extra resourceful and dream up ways around these obstacles. “It was challenging to make records back then. No one really remembers making records on so few tracks. In the world of digital recording, you have as many tracks as you have memory space. But we only had 23 – we were running quite early forms of computerised mixing in those days.”

Working on Face Value by Phil Collins elevated Hugh’s career to the next level, leading to work with The Police and eventually Sting as a solo artist after the group disintegrated and their frontman embarked upon his hit-laden solo endeavours.

“Again, my first record with Phil wasn’t a huge commercial success, but it certainly was in terms of creativeness. It really helped set me up.” Hugh subsequently found himself called up by Sting and the rest of The Police when the pop group were at their volatile zenith. “Their final record Synchronicity was a personal triumph. Particularly as it was very hard to make with all their fighting,” Hugh remembers. “But I heard recently that Every Breath You Take has superseded You’ve Lost That Loving Feeling as the most played track ever in America. To have been involved with and produced that song in such difficult circumstances – that’s a real career high.”

Synchronicity, the final record from The Police, was one of the band’s greatest moments, and was conceived when they were riding high critically and commercially. Hugh was at the helm in the studio and had a unique insight into the growing tensions between the three members.

“You’re trying to keep the peace and asserting your authority on the session,” states Hugh. “But when you’ve got three guys who have been together night and day for five to six years and have become the biggest band in the world, it’s tough. If there was a row, I’d say: ‘Come on chaps, let’s get it together,’ and they’d just tell me to fuck off.”

The results of these sessions were staggering considering the circumstances. The album topped the charts on both sides of the Atlantic for weeks on end and was nominated for five Grammys, winning three. “I can’t say it wasn’t stressful,” admits Hugh. “But then making records in any circumstances can be challenging. You can be making a record very harmoniously and suddenly the singer gets flu and can’t sing. You’re meant to be finishing the vocals that week because he’s going off on tour while you mix the record. There were often things out of your control that would make it stressful. You have to do what it takes to overcome them and get the record finished.”

For more interviews with artists, producers and DJ, check here.