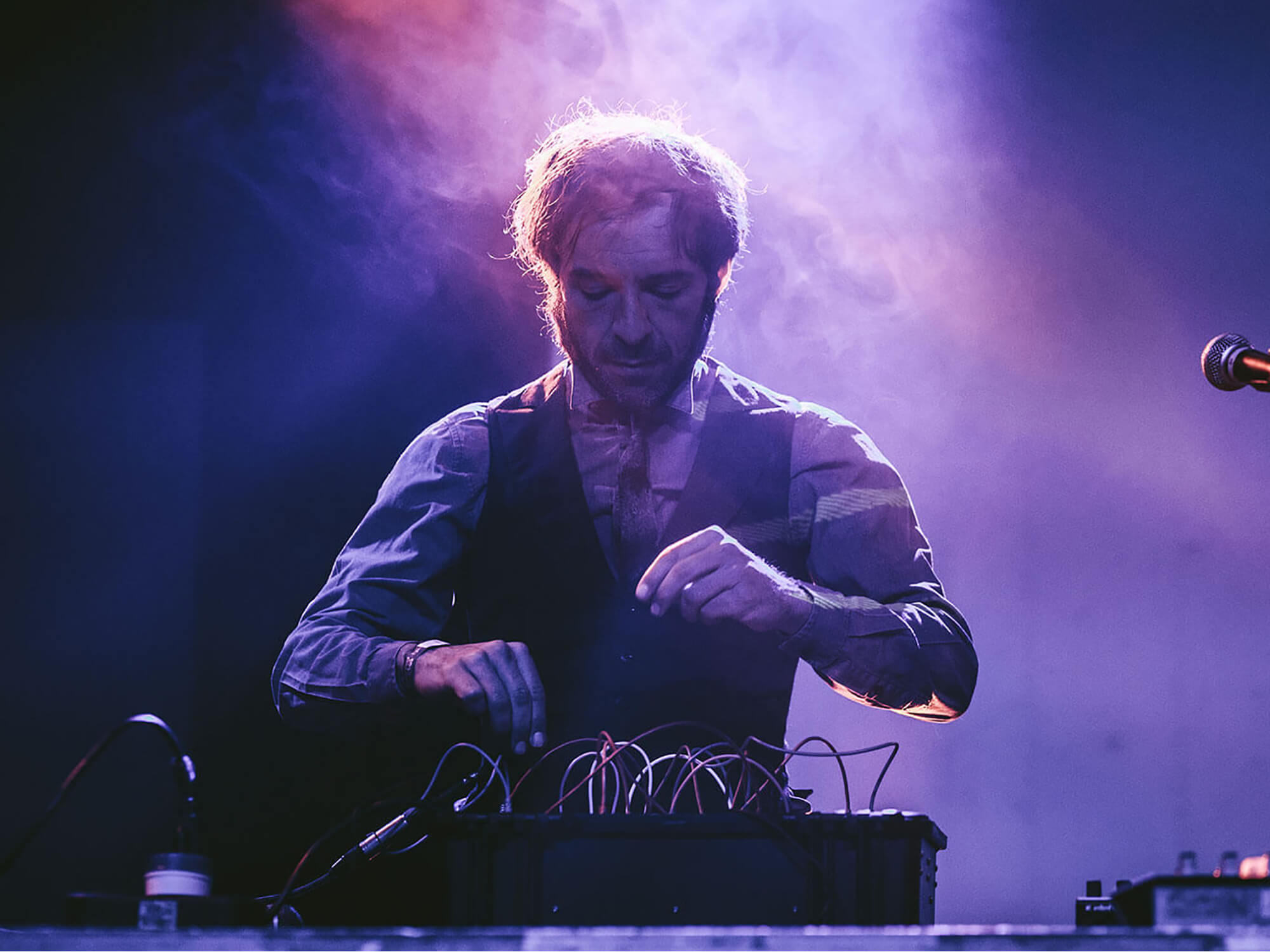 Daedelus on their free, otherworldly sample pack, Unearthed: “We can reimagine the future in bold ways”

For over 20 years, Alfred Darlington – better known as Daedelus – has established themselves as a veteran of electronic music and post-genre hip hop. Cutting their teeth studying jazz in California, Daedelus is a voracious artist, with a flurry of courageous post-genre releases that reflect 10 years of twisting and turning the normalities of drum and bass and downtempo music on Flying Lotus’ Brainfeeder label.

They’re now a faculty member of the Berklee Electronic Production and Design Department, and in 2020 was named an Artist in Residence at SETI (the Search for Extraterrestrial Intelligence). Daedelus smashes through every glass ceiling there is, helping music producers adopt a more open approach to life on other planets as a basis for pushing electronic music in a limitless direction.

It’s ambitious for a mammoth task to be tackled through the unassuming package of a sample pack. But it makes sense when you hear Unearthed, a 450mb collection released on Bandlab Sounds on 3 December, and Daedelus’s passionate words on the project. 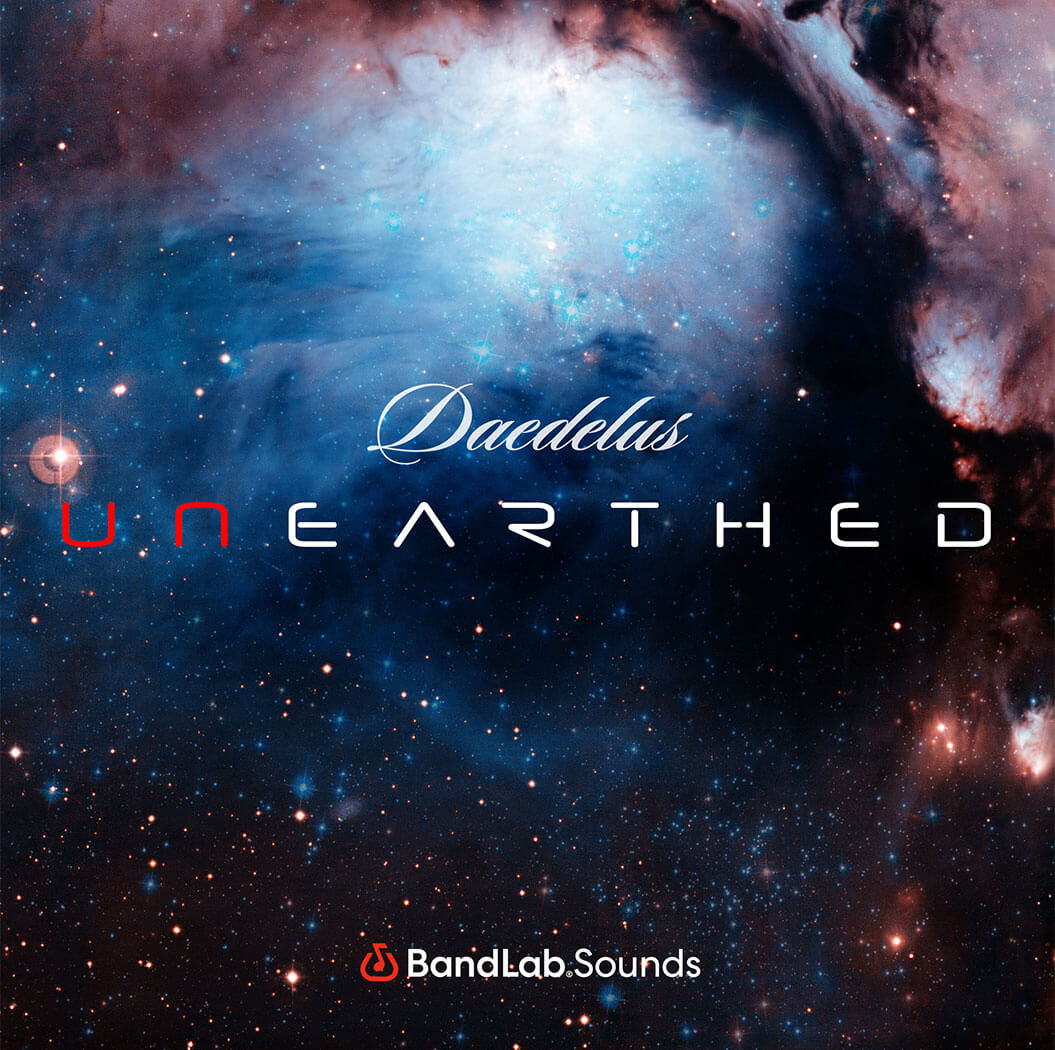 “It’s the smallest needle in the biggest haystack you can imagine,” Daedelus says of the patient search for extraterrestrial life among billions of stars. They’re explaining the premise of SETI, by which the Unearthed sample pack is intrinsically inspired.

Daedelus wants to push electronic music along quicker so that, one day, we’re making music fit for life outside of Earth, not just on it. Daedelus achieves this via a sample pack that features strange, unrecognisable sounds that encourage producers to think in a refreshing way when they sit down at their DAW. It’s time to veer away from choosing the same kick drum that’s been the centrepiece of dance music since its inception, the producer says.

“The sample pack space is very busy,” Daedelus explains. “You see whole genres of music based around, for example, the bamboo snare, right? It’s this one particular hit that’s used so much it’s become like the Wilhelm scream. 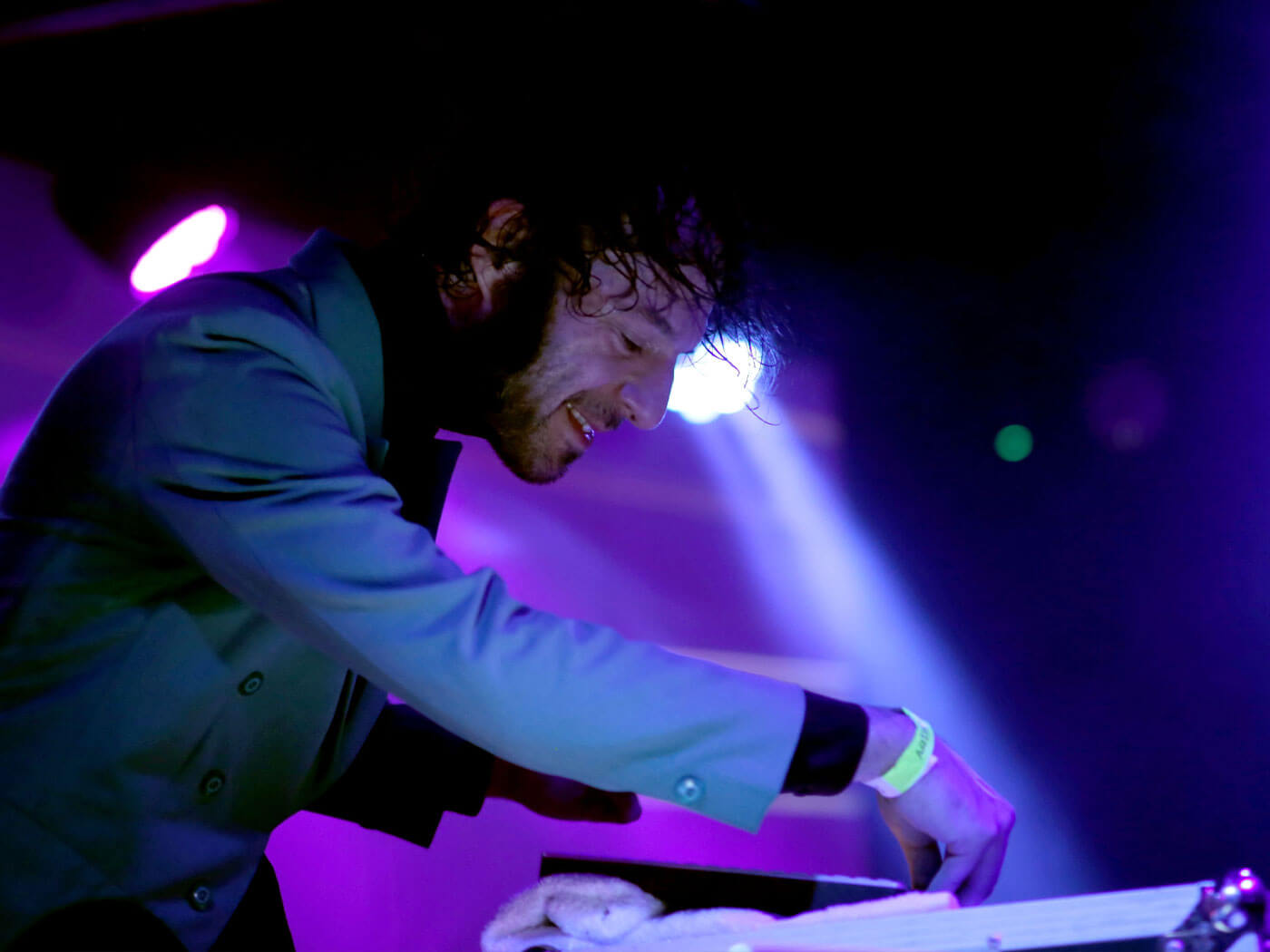 “It’s kind of the same once you get to know these sample packs – you begin to see how some of these sounds feature in modern production. It’s made some of our genres so hand-fisted, at least in the drums or the leads.”

Daedelus feels the progression of music has been painfully slow. In its bare bones, music consists of sounds from a place we are all too comfortable with. “Eventually, you have a clever producer who comes through and makes a new genre,” they explain. “But the sample pack world is a little slower in that regard. I think the universe, in many ways, does that as constant; the universe moves in slow spins and, at the same time, we’re constantly surprised by new phenomena – this is not something I want somebody who’s sitting down to make their next big banger worried about, but it’s in the DNA of the thing.

“I like the fact that we can reimagine the future in more bold ways that kind of ramp up and offer, hopefully, another version. Part of that is to get us ‘off terre’, to get us off the Earth and into the stars.

“For generations now, we’ve had an idea of what the future and outer space sounds. It’s generated by these old synthesizers that sound like the future, but they’re from the 50s. The future always sounds like some old piece of gear. That isn’t right!”

Daedelus says that sample packs can offer new ways to manipulate musical movements. “We can mess with that. What does the future have to sound like? Can the future sound like this? Can we offer that as a possibility?”

Listening to Daedelus’ vast catalogue of music, whether it’s in 2002’s Invention album or later in their Righteous Fists of Harmony EP, you can hear lashings of sampling throughout, often from jazz players in an age gone by such as John Coltrane, thrust into the present today to make something wonderfully off-kilter with a vintage feel.

Daedelus tells MusicTech how their sampling process often involves using longer phrases, slicing smaller stabs out of it and then revealing the full sample at times so that the learned listener can pick it out.

With this sample pack, Daedelus wants users to do the same but with unrecognisable otherworldly sounds such as the GasGiant sequence. Perhaps we could propose a different “outer space language”, as they put it.

Speaking on the Unearthed sample pack, Daedelus says: “I wanted to focus on longer phrases that had a lot of personality that could potentially speak to a different future than we could propose; a different universe; a different outer space language. Someone can sample just a little segment of it and get their effective use of sound but, equally, have a lot more to play with.”

Daedelus urges producers to challenge themselves with these sounds and not just lazily drag and drop. It’s time to move on from this ”consumerist way of producing”, they say, that has made producing far too simple with easily labelled and nicely packaged samples that don’t require much work.

Unearthed is rough around the edges and strips back the traditional ‘risers, hits, crashes’ sample names we’ve come to be familiar with, leaving producers to their own devices and nudging them towards thinking about sound differently, even pushing music theory to its exciting limits.

Daedelus says that “the way that a lot of sampling is done nowadays is people find what’s in the key and they just drop it in and see if it works.”

The esteemed producer explains how the rules of relative keys are making music production too regimented. “There’s this idea that music theory is this flat thing that doesn’t get messed with. There are number systems and letter systems, and if you have the right letter in major or minor, it’s supposed to function. But, of course, sound is a lot more wild than that.

“Music theory is self-fulfilling: it works, but it doesn’t necessarily push you further. Electronic music is so interesting because it brings in timbre, tone, and texture to push the sound outside of its confines. it doesn’t have to break music theory rules to do very clever and disparate things.”

Pulling sounds from outer space gives the sample pack creator a range of new names and new possibilities to offer its users. “The names of things don’t have to be so typical,” Daedelus says. “I have risers in there, but the fact we have ‘Impacts’ and ‘Exoplanets’ – it has people starting to think about things in a different way about what their functions are.

“That’s fine, but music has always played against that. We esteem creators as being on this pedestal of genius. The fact that people can play in those deep waters without thinking about [originality] is a little bit strange to me. I like the idea that the sample pack can be a little bit pushy.”

Wrapping up, Daedelus passionately emphasises that we should, as producers, realise how the sounds we use and even DAWs we use are limiting us.

“We don’t realise how much the DAW has authority in what we do,” they say. “It’s great to empower creators to find not just the limits of what they’re using but breaking out from the box.

“We need to not look at the screen. Just look up at the sky and see that there’s something more.”

Daedelus’s Unearthed sample pack is out exclusively on Bandlab Sounds. Download it here.