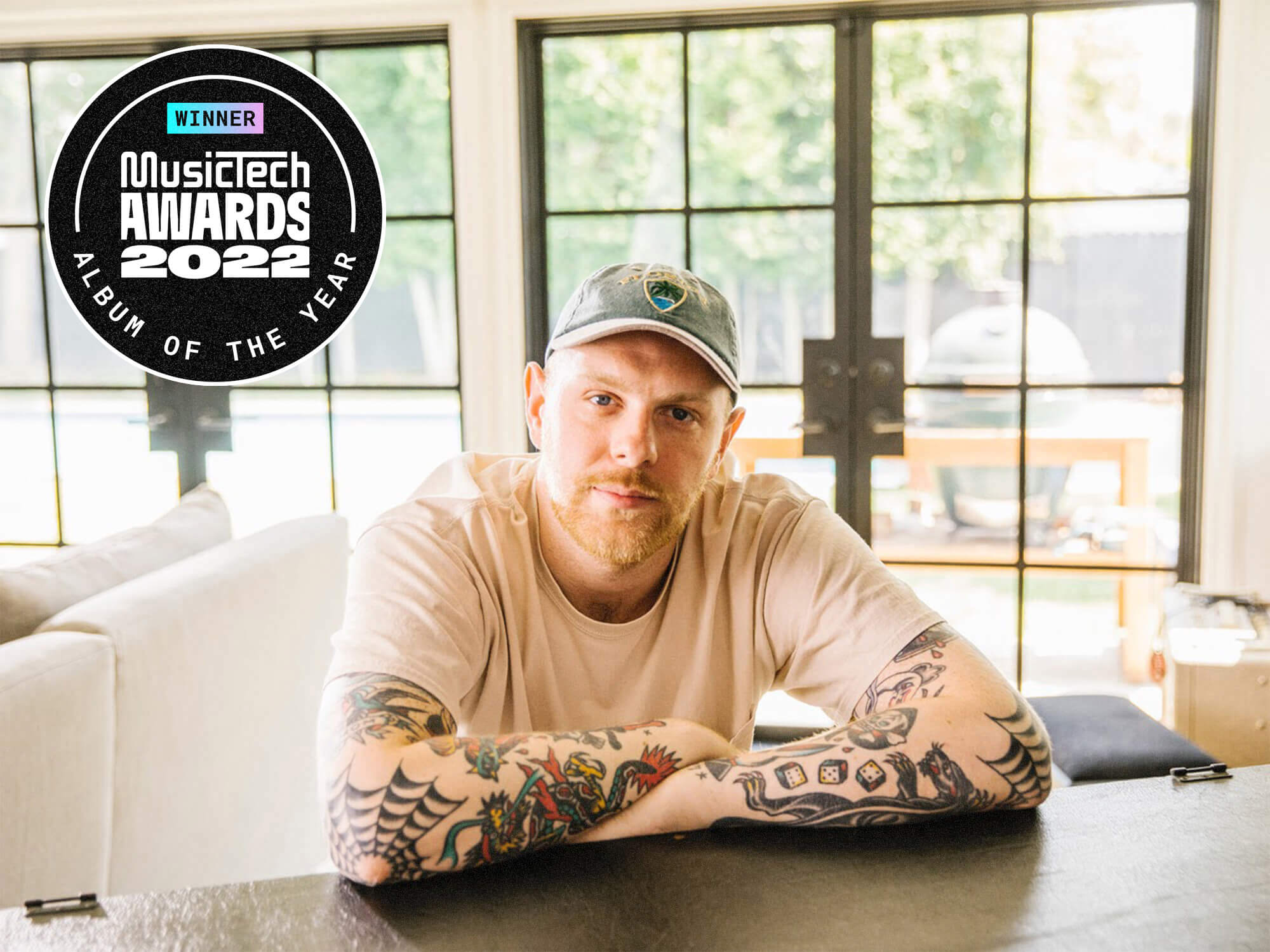 MusicTech Awards 2022: Album of the Year

A tribute to his father, Kenny Beats’ LOUIE bursts with meaning and sublime beats from a musician at the top of his game.

Since then, he’s worked with Schoolboy Q, Freddie Gibbs, Vince Staples, Ed Sheeran, FKA Twigs, Denzel Curry and more, establishing himself as one of the world’s most in-demand producers. He’s also gained a community of fans on YouTube and Twitch, giving away gear to inspired beatmakers, alongside production advice.

It was while he was producing Idles’ 2021 album Crawler that Blume learnt of his father’s pancreatic cancer diagnosis. Within a month, he’d put together his first-ever solo album, LOUIE.

In October, Beats told GQ: “I think there’s a little bit of incongruity with people thinking this is an ‘I love my dad’ record. It’s very much not that.” he says. “The year that preceded making it was a lot of thinking and not a lot of ‘Aw man, my dad is sick. What can I do for him? I love him so much.’ People think it only comes from this positive thing, but my dad and I have had a very fucked-up relationship. It took me a long time to process how to even put that into music.”

An ode from son to father, LOUIE leaves few stones unturned. It’s a deeply personal body of work. Each of its 17 tracks fades into the next as if part of a radio show, punctuated by historical recordings of Blume’s father’s voice on tracks such as The Perch. Its title comes from the nickname his father gave him, and you’ll hear mentions of “Louie” throughout too.

Last Words and Eternal are the arguably the most chart-looking tracks here, on which Blume really flexes his songwriting skills. Their catchy, pitched-up vocal samples sound so good you’d be happy letting them loop for days on end. But there are more unusual pieces here too, such as the eerie, two-minute synth excursion Moire.

On Parenthesis, Kenny Beats makes brilliant use of a sample readily available to everyone via Tracklib. He transforms a tiny section of Keys’ 1970 track Love is the Reason, using it as a motif for elegant guitar slides and luscious electric keyboards.

This is predominantly an instrumental album, though it features vocals from heavyweights that include Vince Staples, Slowthai, JPEGMafia, Thundercat, and Remi Wolf. Their contributions never threaten to steal the limelight or undermine the tenderness at the heart of LOUIE. Instead, they simply add to its texture.

LOUIE is the sound of a producer at the top of their game. To take Album of the Year, a record needs to wield sounds shot from its maker’s heart. Kenny Beats’ album does just that, and tugs at the strings of its listeners too.

To check out the other awards categories, click here.