“A treasury of sounds that bridges the gap between traditional and experimental scores.” 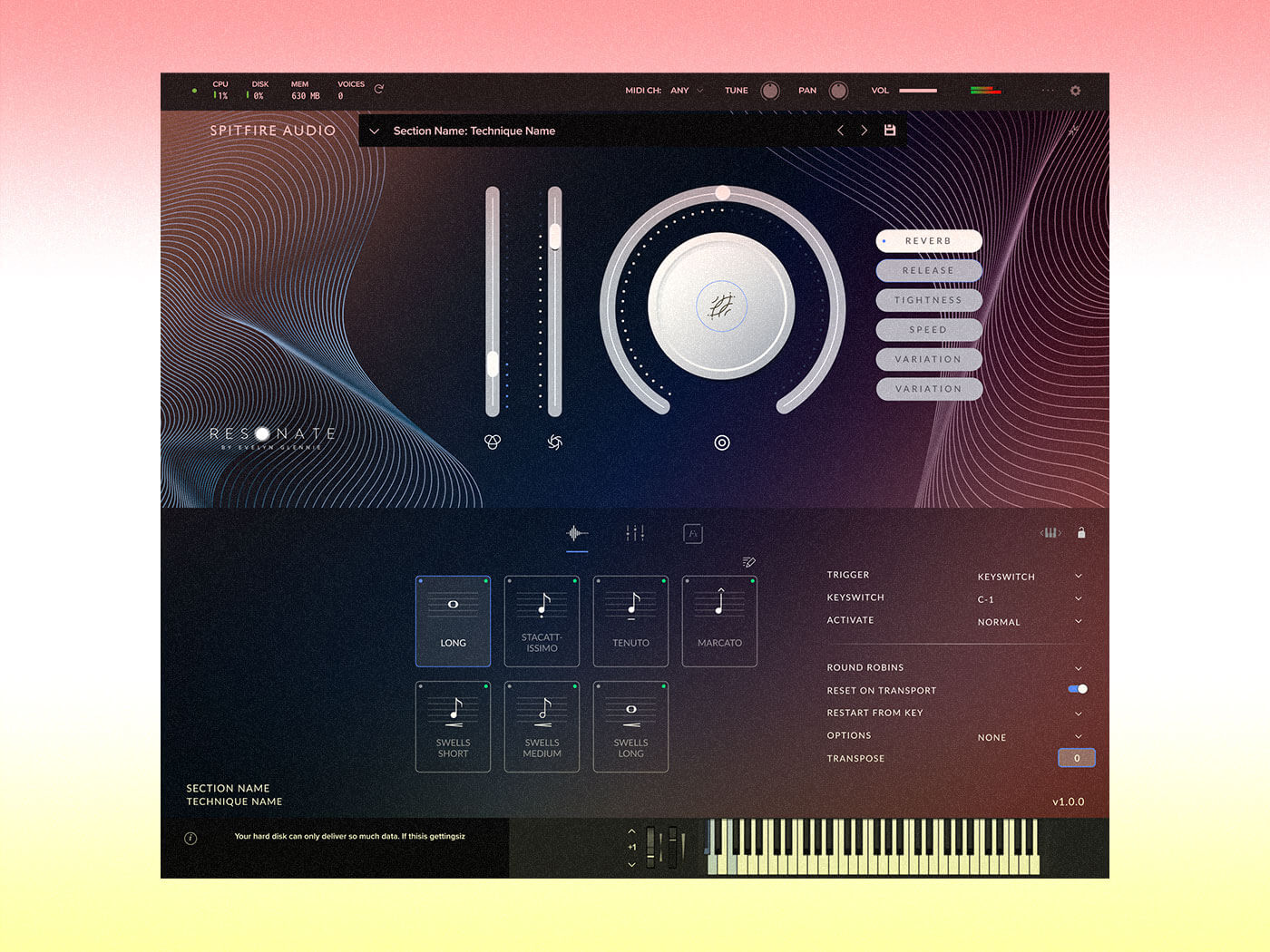 Spitfire Audio has teamed up with revered Scottish percussionist Dame Evelyn Glennie to create a new virtual instrument, Resonate. Marking the latest in its series of high-profile artist collaborations, the instrument consists of resonant percussion sounds – including a barrel, a thundersheet, a water tank and timpani – paired, stacked, struck, and bowed with other co-resonating instruments to create lush and dramatic hits, scrapes, textures, and tones.

Resonate is a software of formidable pedigree, promises Spitfire. Recorded with Glennie at the iconic AIR Lyndhurst Hall, described by the British software developer as “the legendary cradle of Hollywood’s greatest film scores,” the instrument presents a possible 49 playing techniques from the legendary percussionist, sent through 14 possible signal paths with six possible after-effects to offer the collision and combination of a range of percussive tones.

The instrument’s seven microphone perspectives promise a vast range of sounds, including underwater mics, contact mics attached to resonating chambers and boundary mics spread through the hall at AIR. A Stretch feature also allows for adjustment of each sample’s playback speed.

Sptifire Audio says of the instrument: “Resonate complements traditional percussion libraries, but it also confronts them. It shakes them loose and sets them free. Rather than replicate common concert sounds or repeat overused trailer hits, Resonate explores and unlocks the boundless potential of orchestral percussion—from first strike to final reverberation. 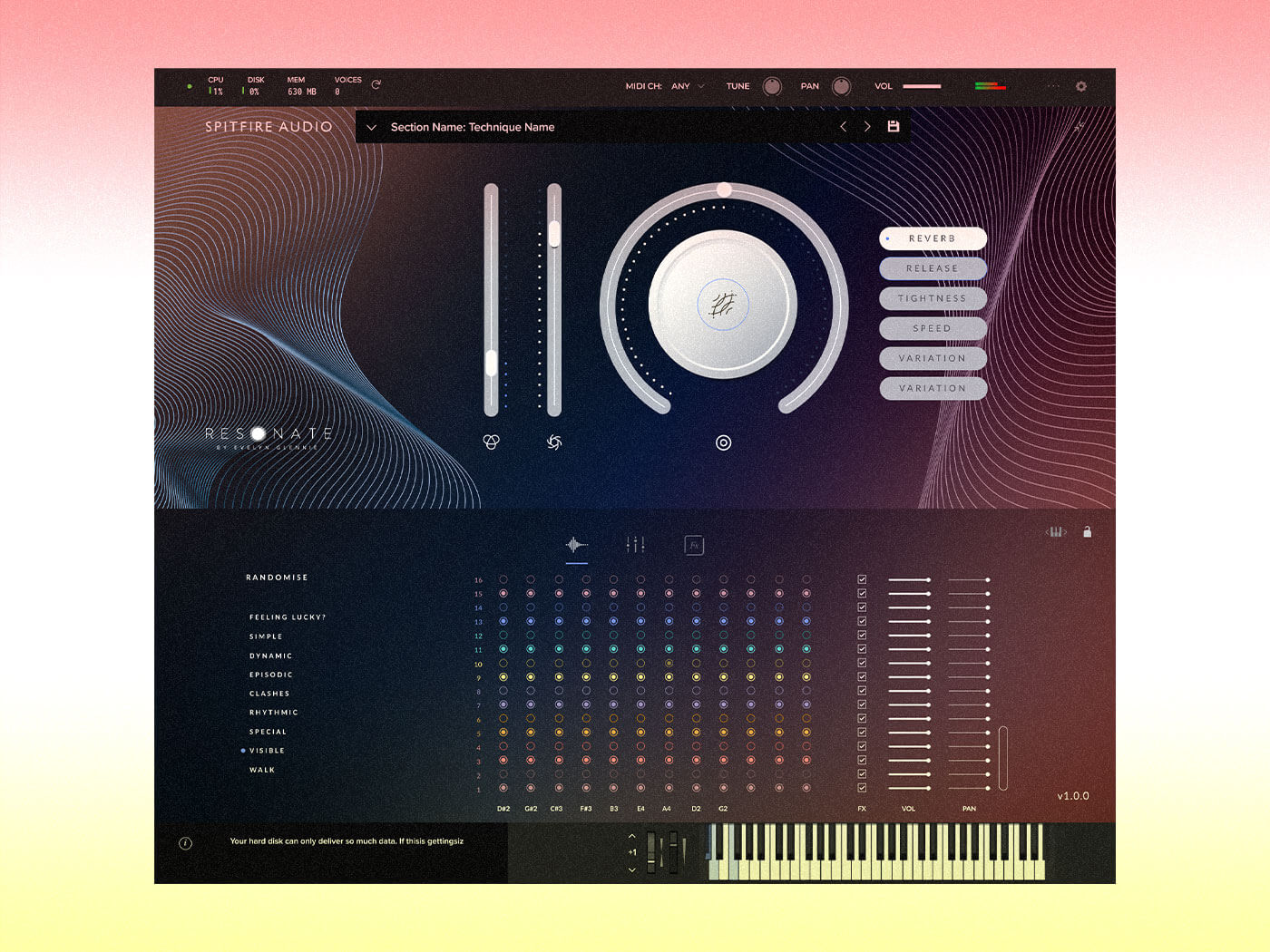 “The result is a treasury of sounds that bridges the gap between traditional and experimental scores. These instruments will help you bring your own brazen audacity to straight-ahead orchestral tracks, while simultaneously dialling up the epic on music that’s already uniquely yours.”

Dame Evelyn Glennie, the world’s first full-time solo percussionist, is one of the most celebrated percussionists in the world. With upwards of 40 albums to her name, she has received two Grammys, a BAFTA nomination, an OBE, the Polar Music Prize, the Companion of Honour and more than a hundred other international awards. As a deaf person, she has famously endeavoured to redefine the parameters of how we listen to sound, describing her body as “a resonating chamber.” She recently took on the role of advisor for the Academy Award-winning film Sound Of Metal, starring Riz Ahmed, which tells the story of a drummer who loses his hearing.

“First she reinvented how percussion is heard,” says Spitfire Audio. “Now she’s reinventing how percussion is performed. Resonate architect, Dame Evelyn Glennie, has devoted her life to a single mission: teaching the world to listen— not just with our ears, but with our whole bodies and our whole hearts.”