Working with the I/O Window in Pro Tools

A little bit of outboard processing can go a long way. Mike Hillier explains how to integrate outboard with Pro Tools using the I/O window… The Pro Tools I/O window had a revamp in Pro Tools 12, but a lot of the new features went unnoticed as many users simply ignore the functionality built into […]

A little bit of outboard processing can go a long way. Mike Hillier explains how to integrate outboard with Pro Tools using the I/O window… 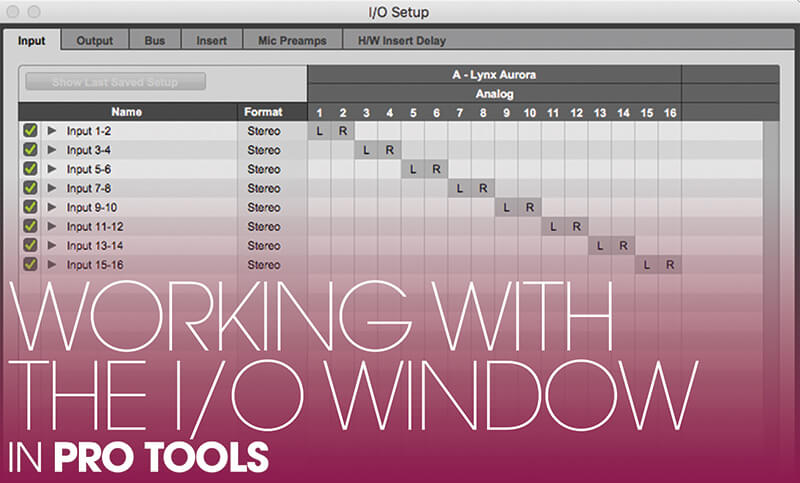 The Pro Tools I/O window had a revamp in Pro Tools 12, but a lot of the new features went unnoticed as many users simply ignore the functionality built into this window.

However, whether you’re mixing entirely in the box, incorporating a selection of choice outboard in a hybrid set-up or just using Pro Tools as a tape machine for entirely analogue mixes, setting up and learning your way around the I/O window is an essential step on the way to becoming a power user.

The initial set-up stages for the I/O window simply involve making sure Pro Tools can see all the inputs and outputs available on your audio interface, and naming any channels appropriately. We’re using a Lynx Aurora 16-channel interface, which is pretty simple to set up in this way, as all channels are line-level, with no built-in mics, or additional digital S/PDIF or ADAT options.

So simply naming all inputs ‘Input ##’ and outputs as ‘Output ##’ makes sense. But if, for example, you are using the Focusrite Red 4Pre, you would likely want to label your eight analogue inputs differently from your stereo S/PDIF, 16-channels of ADAT, or 32-channels over DANTE – depending on how those things are hooked up in your studio.

Alternatively, if you never use them, you might want to remove them from your I/O patch entirely, in order to save you time when selecting inputs and outputs in Pro Tools when working.

Pro Tools defaults to creating a number of numbered busses, labelled ‘Bus 1-2’, ‘Bus 3-4’ etc. While some users are completely happy using these, we make a point of always removing them from sessions that come in for mixing, and renaming any that are already in use, so that, should we want to route more channels to the hall reverb effect, we’re not left chasing our tails trying to remember what buss the hall reverb is on. Instead, we can simply select Hall Reverb from the Buss menu.

The I/O window is designed with both hardware (your interface) and software (routing internally within the Pro Tools project) in mind. The first two tabs we look at in the tutorial, the Input and Output tabs, relate entirely to the hardware, and are specific to your set-up.

The Bus tab however routes audio within the project, and is saved with the Project file. This way, if you open the same project on another system, all the bussing will be transferred, while the hardware set-up will automatically switch to the new system. The main stereo outputs are defined in your I/O patch, and Pro Tools will always route anything tied to one system’s main stereo outputs to the main outputs on the next system. This is known as the Monitor Path.

Mixing down (HD systems only)

Pro Tools HD will also handle down-mixing when opening a surround session on a stereo system, using the same Monitor Path idea. All of the surround bussing will remain in place on the stereo system, with the down-mix occurring after the Master mixer. This way, any effects, or automation, will remain in place and won’t be lost when the session is handed back to the larger surround system.

A solo you do want to see

Pro Tools 12 also gained the option of routing solo’d tracks to a different output, much as you would with an AFL/PFL function on a live mixing console. So should you want to quickly check a sound on headphones without altering the mix coming out of your main monitors you can use AFL/PFL, selecting which channel the AFL/PFL goes to in the IO Outputs tab.

This feature used to only be available with the XMON on ICON consoles, but is now available to all Pro Tools users. If the AFL/PFL is set to the Monitor Path then the Solo function will continue to mute all other channels as normal.

Once you’ve finished configuring your I/O patch don’t forget to save it as a template, ready to be used on all your future sessions. Doing this simple tutorial now could save you hours in future.

We’ve spent a fair amount of time configuring different I/O set-ups for different system configurations in our studios, and can now bring up whichever set-up we need by loading the template at the start of the session, rather than simply selecting Last Used, ensuring we don’t ever see pages and pages of unused busses every time we open a new project.

Working with the I/O window: step-by-step 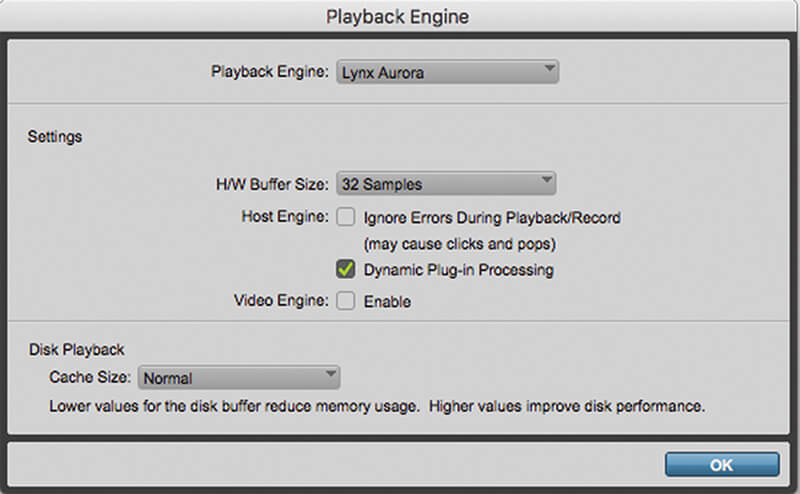 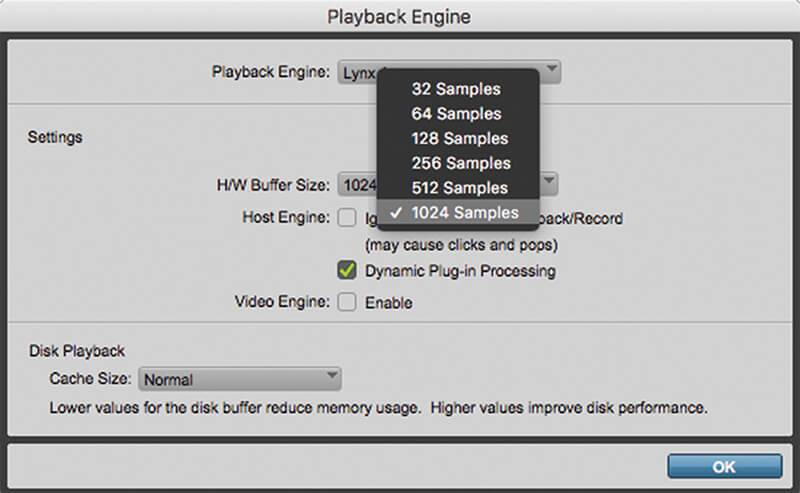 2. For everything but recording you’ll want to increase the hardware buffer to its max setting of 1024 samples. Unless you have reasons to change anything else, leave the Cache at Normal, the Video Engine off and the Ignore Errors off. 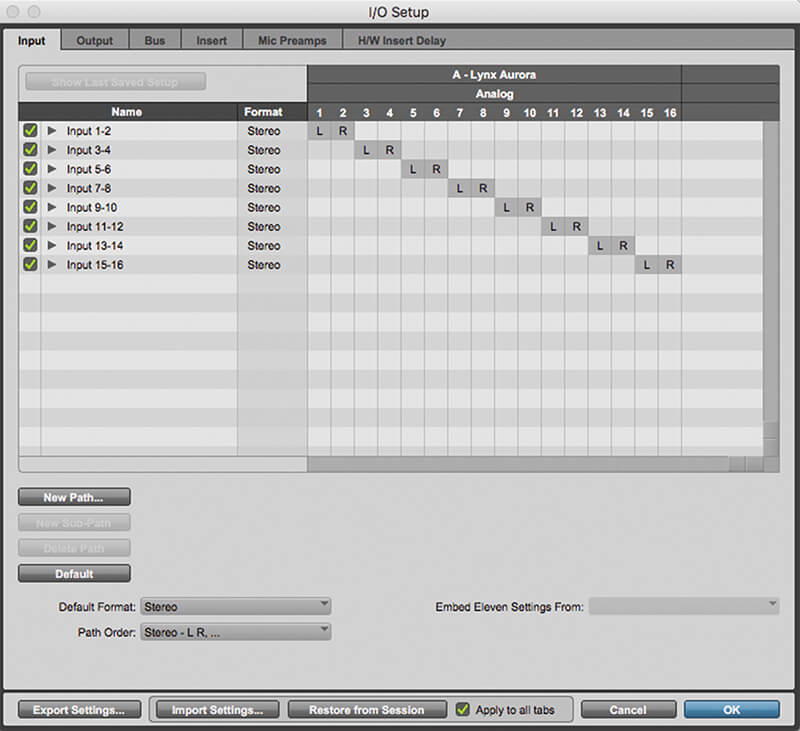 3. With the correct interface set-up, go to the I/O window, Setup>IO, and click on the Input Tab. Typically you can now simply click Default to bring up the correct number of inputs, all labelled to your interface. 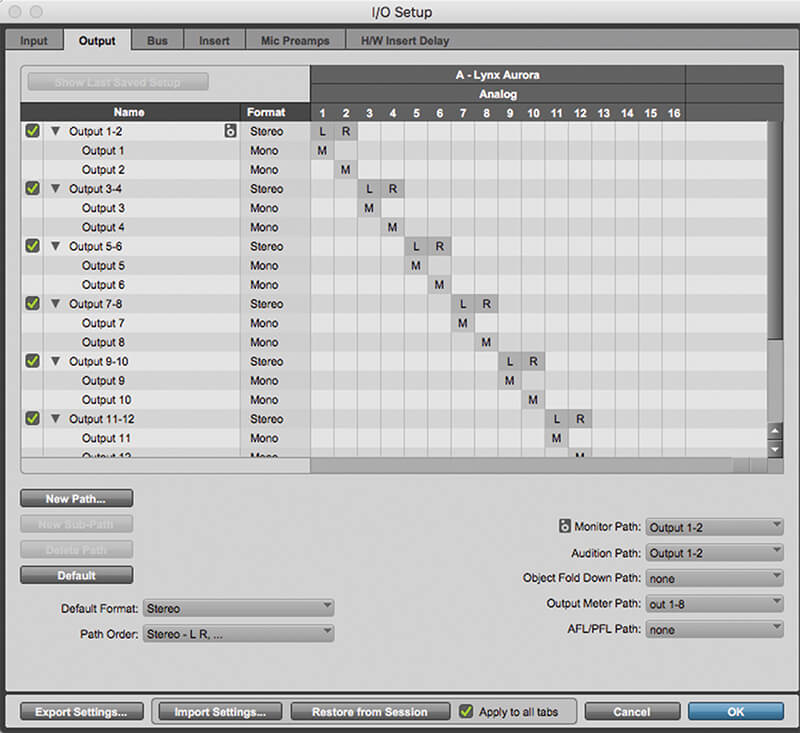 4. In the Output tab you can usually click Default to bring up the correct number of outputs. Each pair of inputs and outputs should also have a sub-path of mono I/O, which should also be created and labelled. 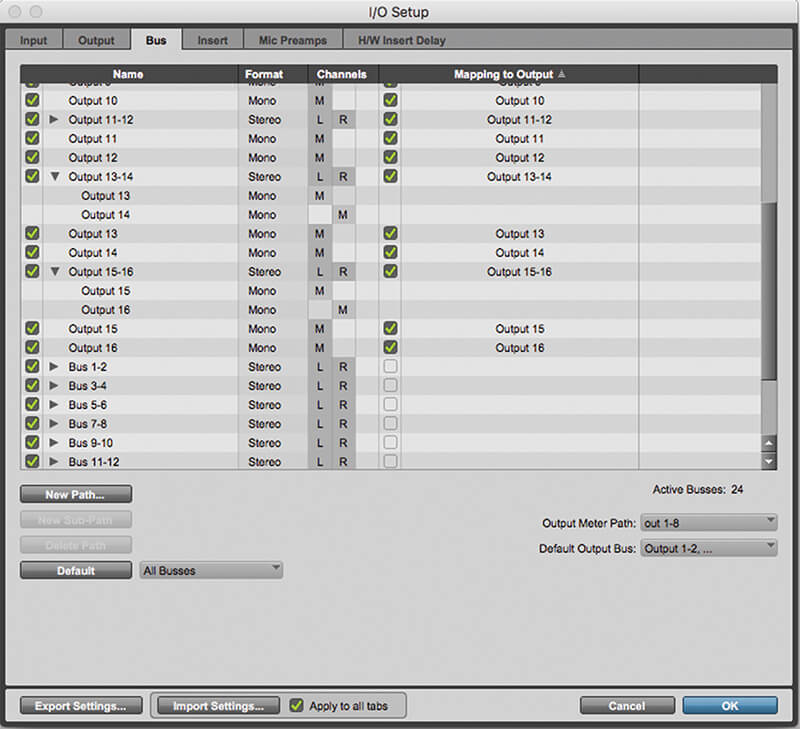 6. The Bus tab shows all of the busses in Pro Tools, and includes virtual busses for routing internally. This is important, as it allows you to transfer sessions from one system to another without losing track of the bussing.

Sort it out When Pro Tools is acting up, it’s often possible to fix the problem by simply restarting the audio engine rather than the whole system. To do this, go to the Playback Engine window and switch to a new latency setting and then back to your original setting 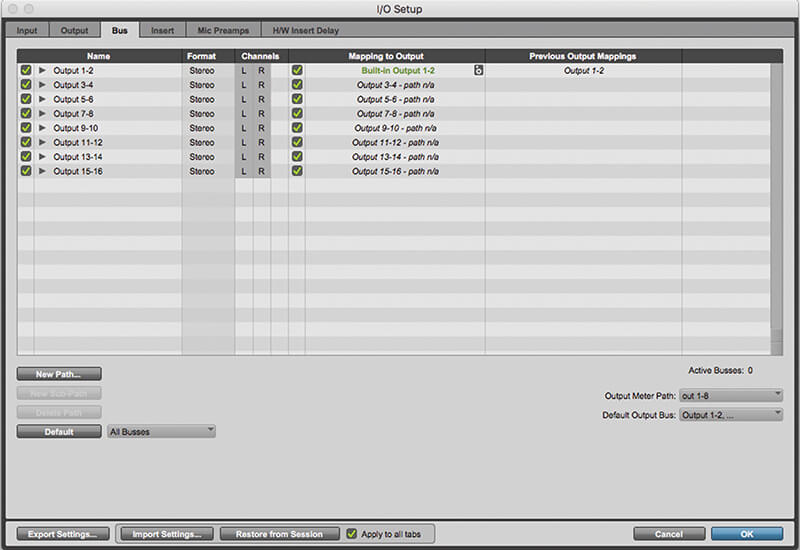 7. If you open a session that has been saved with an alternative interface, the Bus tab will show a column, Previous Output Mappings. This will let you see where things were routed and let you reroute them. 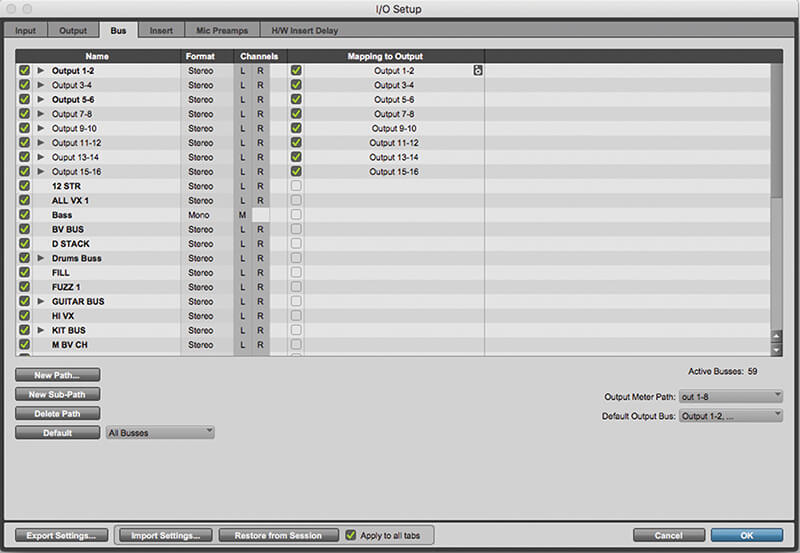 8. While one of our sessions will often end up with plenty of buss routings, like this, we don’t include any busses not routed to an output in our I/O routing patch. 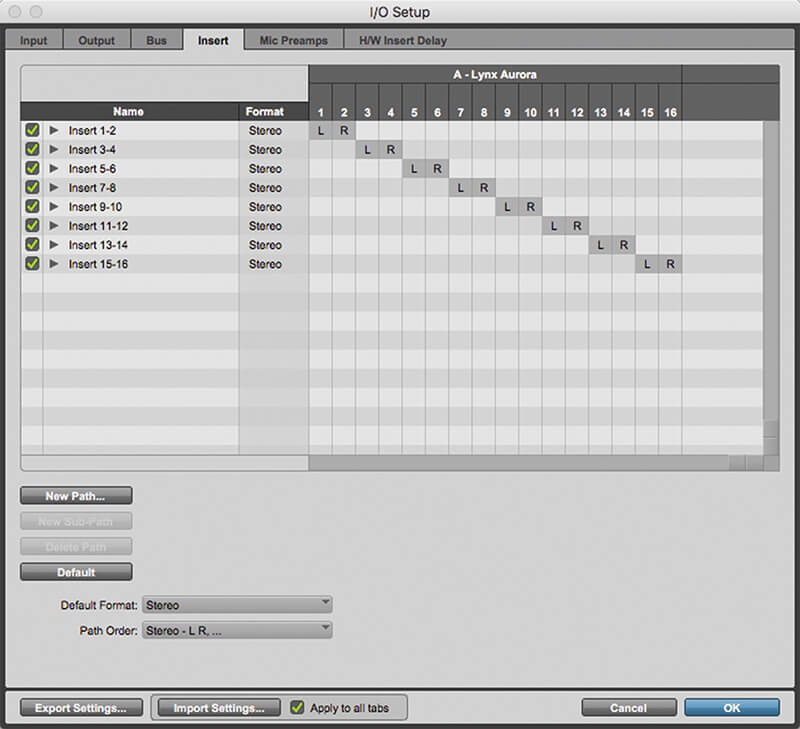 9. Inserts allows you to set up Input and Output pairs to be used as insert effects from within Pro Tools. The simplest way to do this is to hit Default and create an Insert effect for every I/O pairing on your interface. 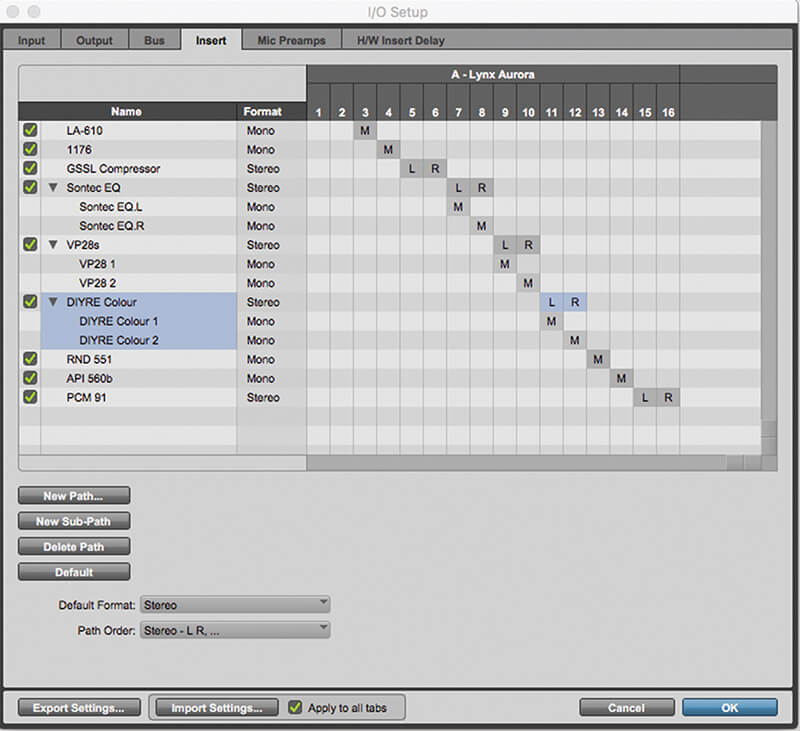 10. If you outboard permanently patched to specific I/O, then it helps to spend a little more time configuring the Insert page, naming the Inserts so you can see in Pro Tools quickly what channel is routed where. 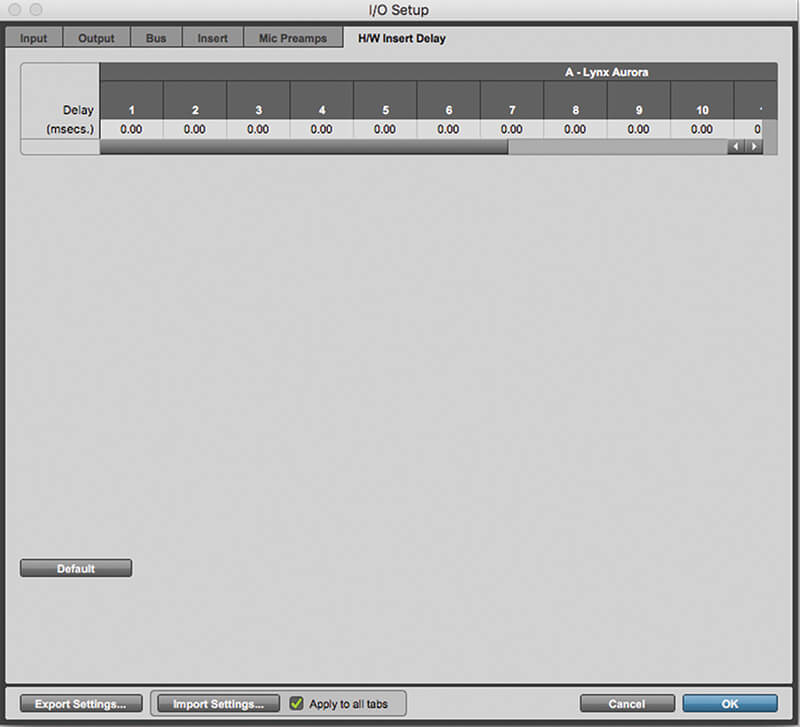 11. The final tab we’re going to look at is the H/W Insert Delay tab. In much the same way that Pro Tools will correct for plug-in latency, we can get Pro Tools to correct for hardware latency when using outboard inserts.

12. As every system is different, it’s important that you make a point of measuring your system latency, rather than assuming any specific value for this. Open the Pro Tools Workshop project.

Trash it! If Pro Tools glitches get really out of hand, the only solution is often to trash the preferences using the PT Prefs Helper. Usefully, it can also be used to store working preference files enabling you to then use these to restore your system without starting from fresh. 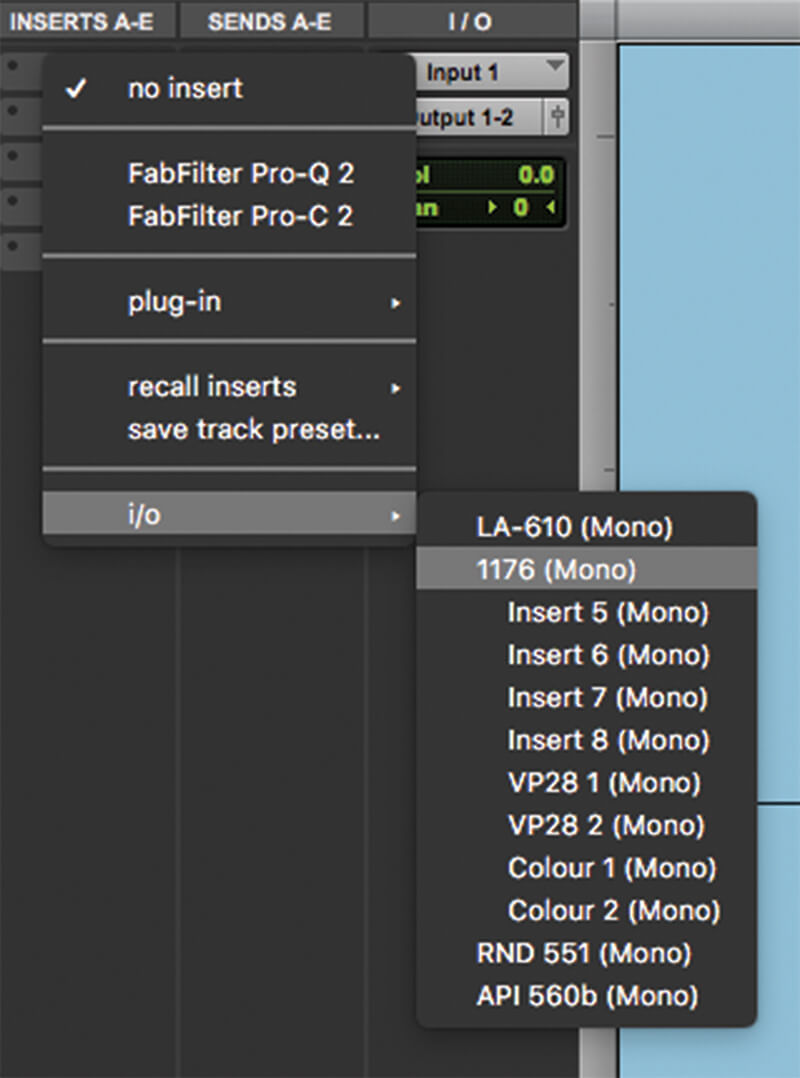 13. In the session we have a single audio file containing a hand-drawn digital click from the I/O sub-menu when adding an insert – and route this channel to a new Audio channel below the first.

14. By recording the click through the hardware insert and onto a new channel we can now see, and more importantly, measure how much latency our system is imparting on the signal at our present sample rate. 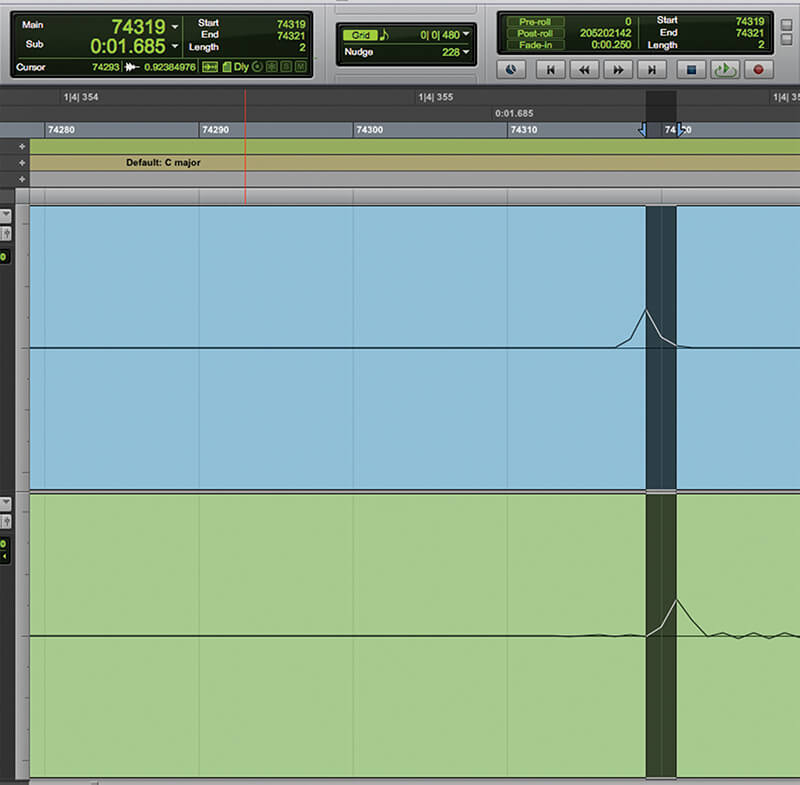 15. Switch the primary ruler to samples, and highlight the audio from the initial click to the recorded click. On our system we have a delay of two samples. 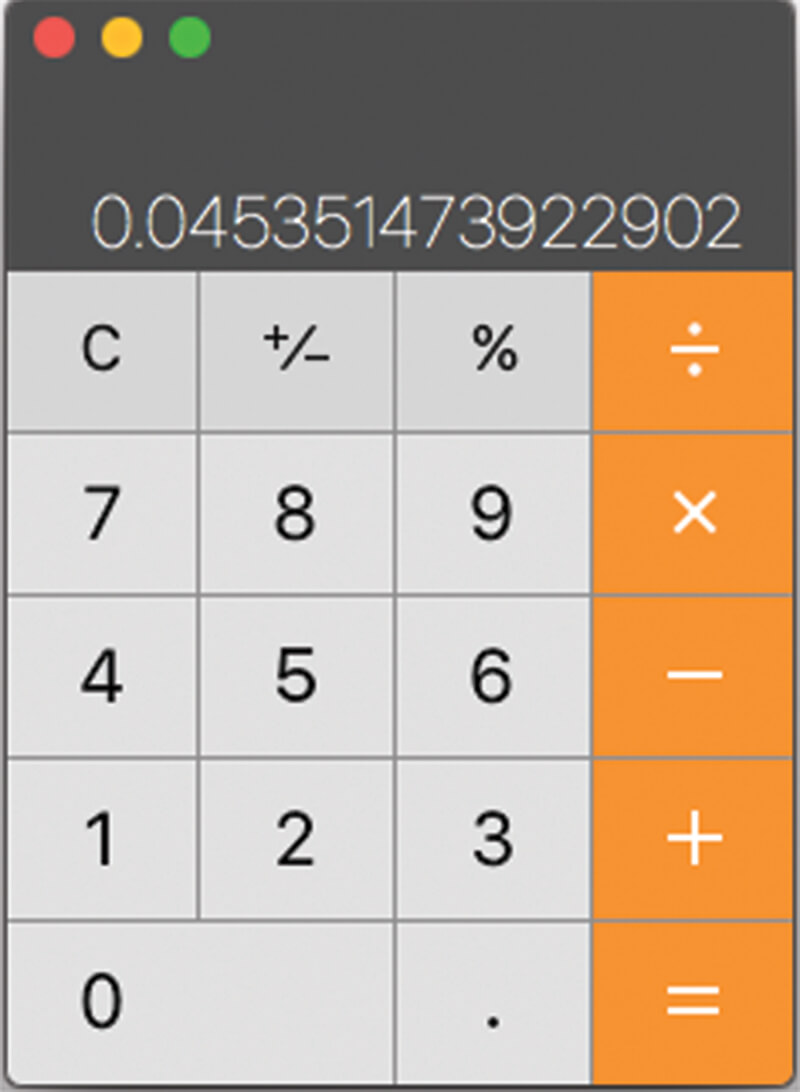 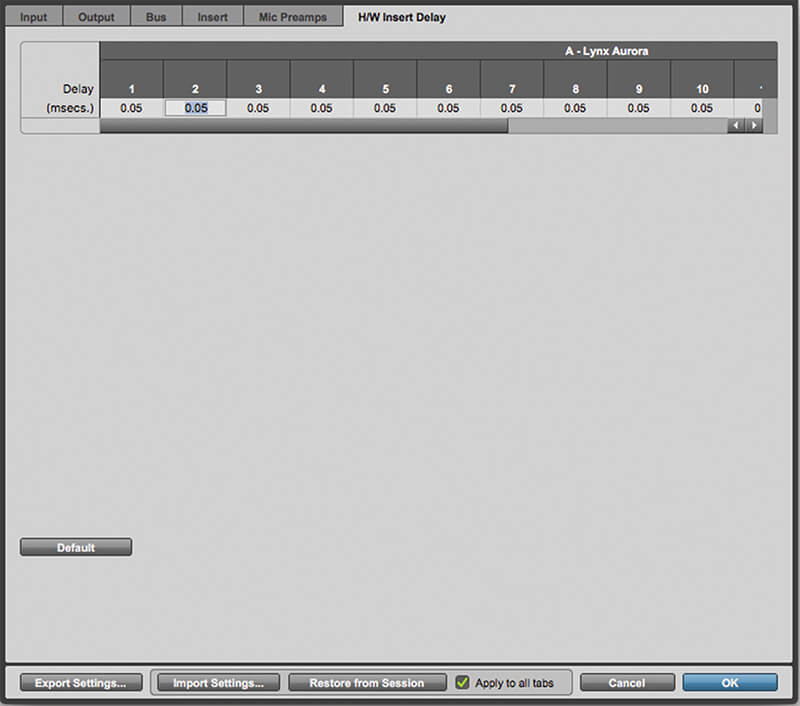 17. Now that we know our latency in milliseconds we can enter that into the Hardware Insert Delay tab of the I/O window. It should be the same for every channel.

18. Finally, check you’ve got everything right by recording the Click once more. The two transients should now line up perfectly.

Check out all our previous Pro Tools tutorials here