Technique of the Week – Humanising Pianos

Are your pianos sounding a little bit like they are being driven by the machine? Dave Gale softens and humanises the chordal effect… We all like to use a little bit, or even a lot, of quantise when we work, but certain instruments take to it far better than others. The piano will often find […]

Are your pianos sounding a little bit like they are being driven by the machine? Dave Gale softens and humanises the chordal effect… 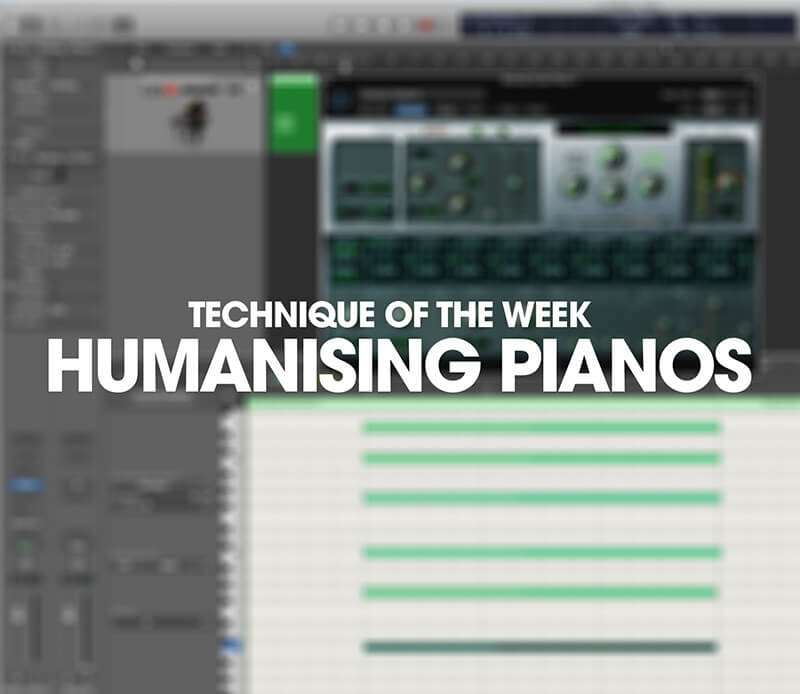 We all like to use a little bit, or even a lot, of quantise when we work, but certain instruments take to it far better than others.

The piano will often find itself dealing with chordal content. In essence, this means that you’ll be playing at least two notes at a time, with any vaguely competent keyboard player being drawn to play four, five or even six notes at a time in any chosen chord, but pianos have quite a heavy transient attack, particularly when playing aggressively, with the acoustic piano being typically harsher in this area, than electrics.

The net result of the quantisation of a piano track, is that all of your notes will strike a heavy blow at the same time, which can be useful for certain styles of commercial music, but not if you’re trying to strike a note of expressiveness and/or subtlety. So if you need to use quantise but yearn to soften the potentially robotic-sounding-blow, dive into the Humanisation page of your DAW and add a little randomness to proceedings. 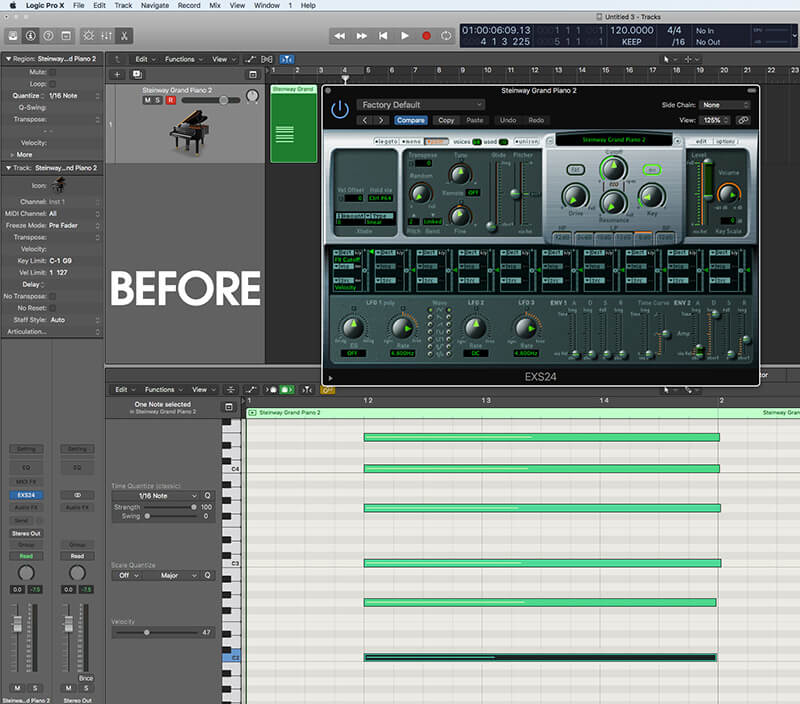 In our ‘before’ example shown here in Logic Pro’s Piano Roll editor, you can see how all of the note start points are aligned perfectly, thanks to the application of quantisation. Visiting Logic’s Transform page will present a host of preset options, one of which will be Humanisation. Once chosen, clicking on Select and Operate will apply the default humanisation settings, to the highlighted object in the Arrange Page.

Typically, a 10-tick humanise, like the one we have selected here, will shuffle the notes randomly, by 10 ticks either side of the quantised beat. This will give enough of an effect to make your piano part sound more like a live player, but if you want more, hit the Select and Operate button again, and keep auditioning until you get something you like. Go too far, and you can always hit Undo. 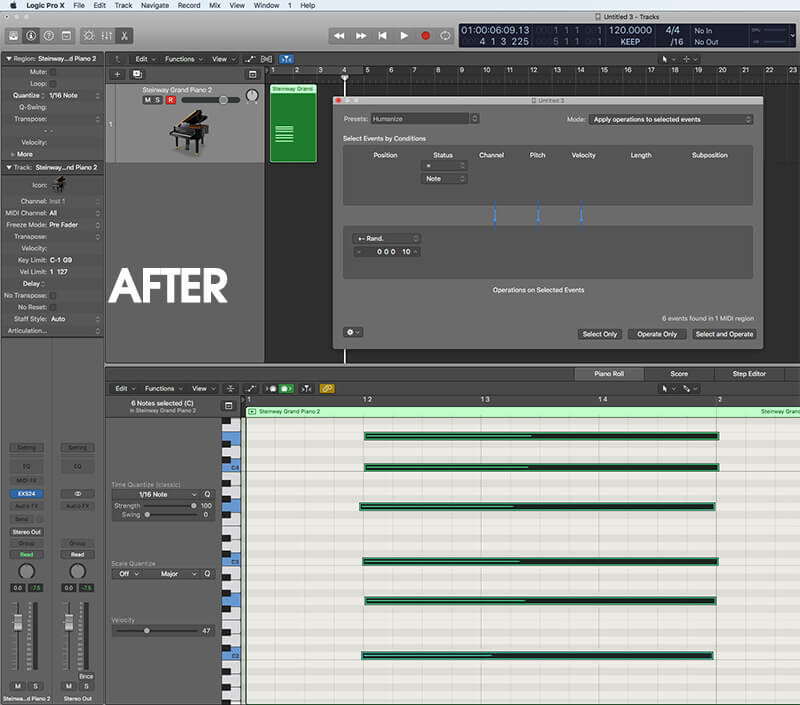 The ‘after’ example shows all of the notes out of alignment, as you might play them live, but bear in mind that a slower track will require less humanisation, as any shuffling will become more obvious at a slower speed.

The final part of this jigsaw for subtle Piano Nirvana, is to slightly delay the Piano track, to counteract the effect of any humanised notes that might have become un-naturally early. It’ll probably always sound better when a track is playing later by a few Ticks, rather than earlier, so listen out for what sounds best!