The basics have been covered, but there’s another crucial ingredient to bear in mind before starting to properly craft your song. Andy Price explores the rhythmic elements of composition… In previous installments we’ve looked closely at the various musical elements that underpin the structure of your song, from form, to selecting a key and then […] 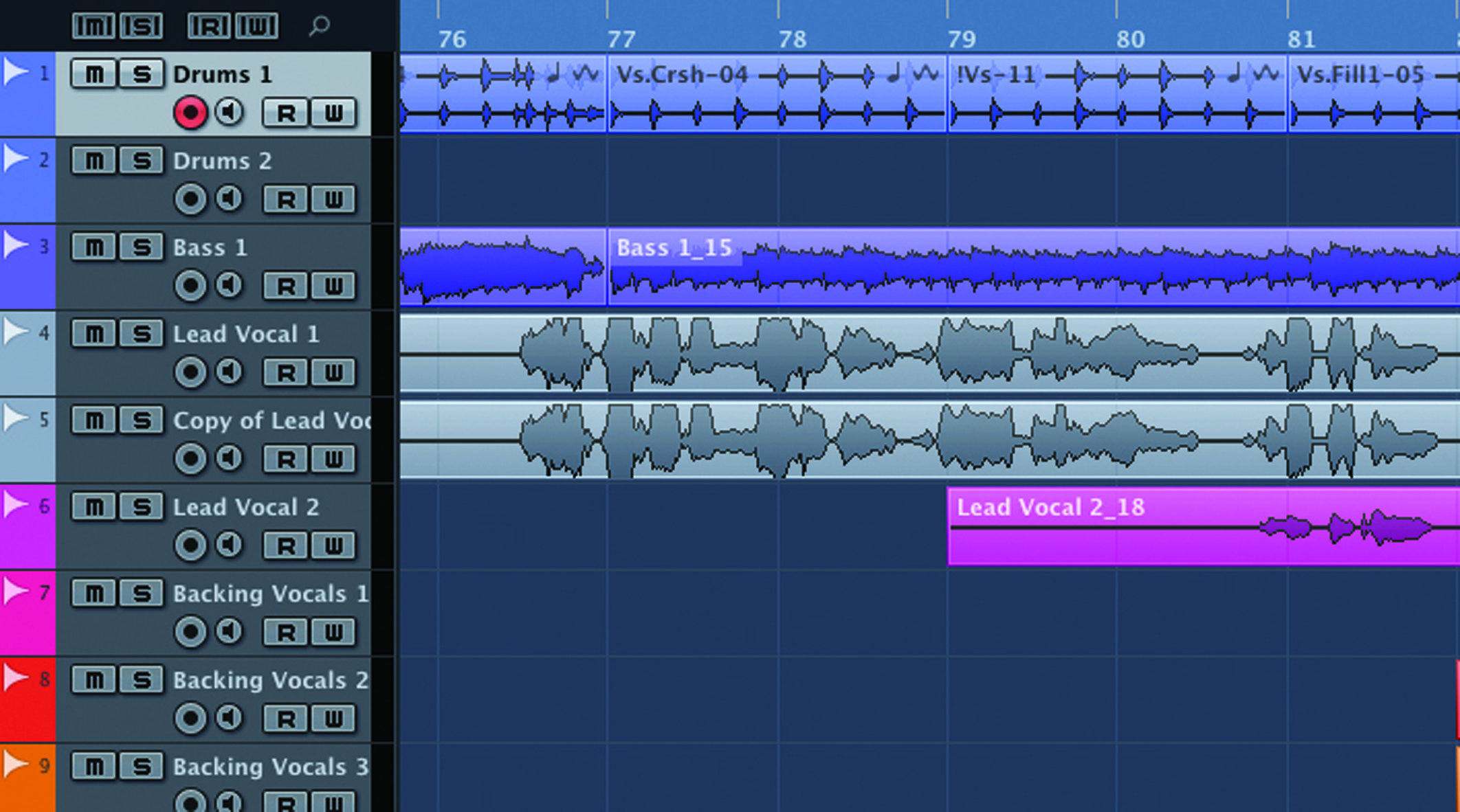 The basics have been covered, but there’s another crucial ingredient to bear in mind before starting to properly craft your song. Andy Price explores the rhythmic elements of composition…

In previous installments we’ve looked closely at the various musical elements that underpin the structure of your song, from form, to selecting a key and then creating your top-line melody. Now we turn to a very (perhaps the most) important factor that will hold this music together: the rhythm. When approaching rhythm from a songwriting point of view, we don’t just mean the drums and percussion, we’re talking about the lyrical delivery, pace and fundamental energy of your song.

Some genres, such as hip-hop, RnB and funk, put a greater emphasis on rhythm, as with these styles the way the song is delivered rhythmically can become as equal a hook as the melodies contained within the composition.

It’s quite surprising, but you tend to find that the more rhythmically varied part of any song is the verse, usually because the verse’s top-line melody is sung over a longer musical backing. Typically, the verse’s actual word count is also much higher than the often more succinct chorus. This quite often requires more texture and rhythmically diverse musical backing to fill the bigger space in the music.

Some songwriters begin their compositions by playing around with basic rhythms, drum loops or even just simple phonetic beats or patterns, whereas many don’t even think about a song’s time signature and speed of vocal/musical delivery until the very end of the process, during the mixing stage. Although it’s fair to say that you don’t necessarily need to record your demos with a rhythm track, most (if not all) songwriters will have some idea in their heads as to what the rhythm should roughly be.

Beat It
To many songwriters who are just starting out, understanding the technical aspects of music, grasping melody, key and chords, is enough to juggle with, and working out a rhythm can become a little bit of an intimidating new mathematical zone with which to navigate. So let’s keep things as simple as possible and assume no prior knowledge of basic theory.

Put simply, a song’s rhythm has three essential elements – the time signature, the pulse and the tempo. The tempo is measured in bpm (beats per minute) and 120bpm is often regarded as something of a ‘default’ speed in western popular music, and a good starting point for songwriters who aren’t that beat-savvy. Slower genres such as acoustic ballads normally have a time signature that hovers anywhere between 60-100bpm.

It’s also important to pay attention to the time signature of your song, particularly when the time comes to record your composition. 4/4 is the most commonly used and is a good starting point. When we say 4/4 we are referring to both the number of beats in our bars (the first number) and the note value of each beat (the second number). Eg, in 4/4 you there are four quarter notes (aka, crotchets) to a bar.

I Got Rhythm
The pulse relates to the core beat of your song, and more often than not it is served by a bass drum. A song’s pulse differs depending on the genre, speed and time signature. Certain beats are ‘accented’ by the drum; for example, rock music normally accents the 2nd and 4th beat whereas a typical dance or techno beat will accent every single beat in the bar.

If your track contains lyrics, then singing at a rate that is consistently in sync with your beat is an obvious thing to mention, but one that a surprisingly high number of songwriters don’t take into account in the same way that they do with lyrical content. We would argue that the rhythms of your vocals are more important than the words themselves. Most human brains will memorise the flow and occasional repetition of the lyrics before they actually comprehend their meaning.

Your lyrics, if they are going to work in a song context, need to have a rhythmical structure of their own, containing both stressed and un-stressed syllables. Matching your lyrical stresses between verses and matching rhythmic lines is vital – if you don’t, your song will sound jumbled and not at all unified.

It can help to count your stresses for each verse to make sure they all have the same equal number, and a good exercise is to take a pre-existing song, make a note of all the stresses and substitute the lyrics for your own. Using the original lyrics as a ‘stress guide’, this rhythmically sound version can then be used as a starting point for a brand-new composition.

If I Could Turn Back Time
So how do we start to think in these terms all the time if we don’t already? Well, the most important thing that I have learned is that rhythm is the glue that holds the song together, and the entire song-building process should be tethered to a time signature and basic rhythmic structure as soon as possible so that your melodic and instrumental choices fit with an established beat.

Many times during the song-building process I’ve had to re-write or re-structure a melody length when hearing a beat behind it, or when attempting to fit my composition to a rhythm. So make sure that the first demo you record has at least some kind of rhythm to work with.

When thinking about the actual drum patten we have to bear in mind the shape of our melody. One thing we don’t want is a pattern that competes – we want our drum pattern to complement and enhance our existing musical elements and bolster our structure. Another thing to consider is that if you’re planning on having a densely packed arrangement, then having a drum pattern that has too much going on will be counter productive. On the flip side, if you’re keeping things straightforward with your arrangement then consider having more variation and colour in your pattern.

When it comes to recording our first demo there are, luckily, plenty of tools in every modern DAW to aid us. Using Cubase (our DAW of choice for this series) we can activate the Snap To Grid option. This means that all tracks will be automatically ‘snapped’ to the beats dictated by the tempo and time signature that you input in the transport panel.

The beats will be visually defined by a grid, which is perhaps the most easy-to-understand visualisation of rhythm and one that is universal across different DAWs and apps.

The grid appears behind your various audio elements and is a great help when editing the various strands of the mix; without it we can butcher our whole composition when just trying the most basic of audio tweaks. Recording to a simple click track will help to record your instruments and vocals to fit the established time signature. Then we can add interesting rhythms later if we don’t have a live drummer to hand.

And The Beat Goes on…
Next time we’ll combine all the essential elements and start work on our first song. I’ll show you how to continue to be creative through the often dull, mechanical stages of production. In the meantime use these tips to put together a tight, rhythmic composition. 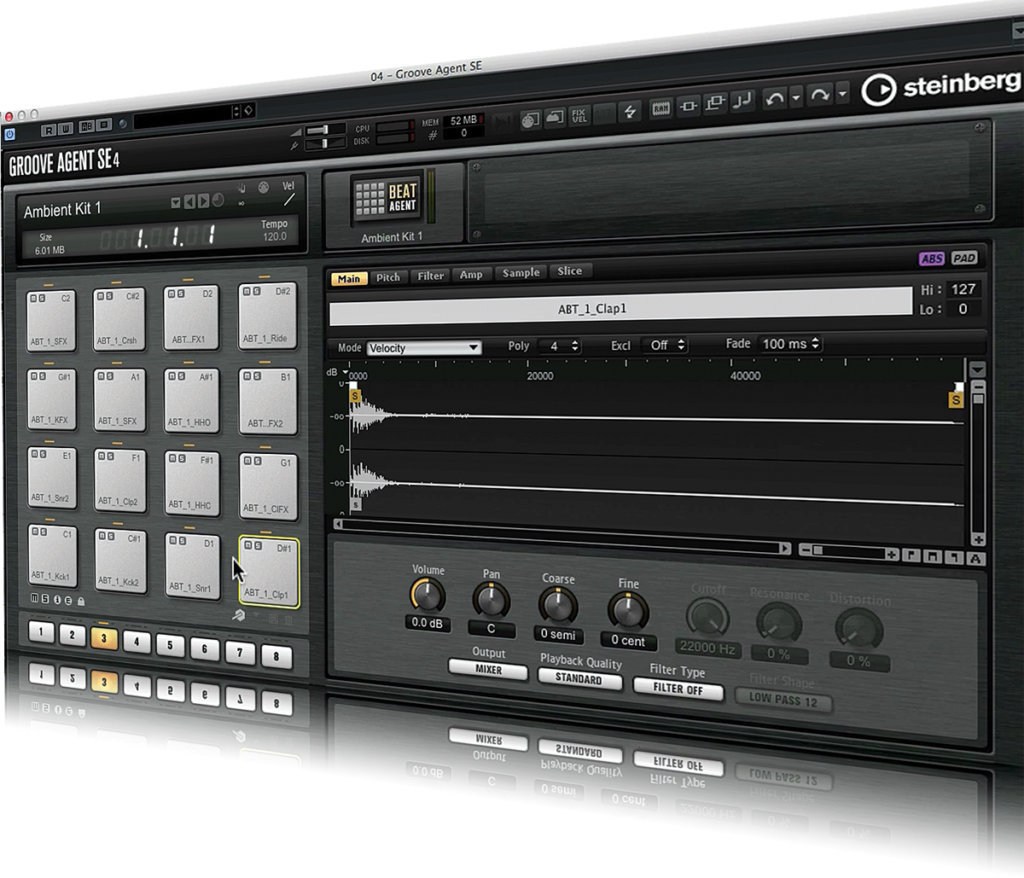 All DAWs have built-in rhythm-building tools. In Cubase we have the versatile Groove Agent SE 4, and with this simple-to-use, all-in-one drum solution we can add more interesting-sounding drum patterns to our demos and even our final mixes. Containing acoustic, electronic and percussive grooves it’s an incredibly versatile tool. (I’ll be using the full version of Groove Agent to help build the song over the next few months.)

Logic’s drummer is perhaps the most straightforward to use, and Reason’s Drum Kits also has much to offer. Once your rhythmic starting point has been settled there are also literally millions of loops and drum libraries catering for all genres, all aimed to help you with this vital stage of composition. You may even find a drum pattern that pushes you to alter your song musically. So get creative and dip your toe in the water!

1: In Cubase we can input both the bpm of our project and the time signature so we can then record our instruments with a click track – a simple electronic metronome designed to keep you in time 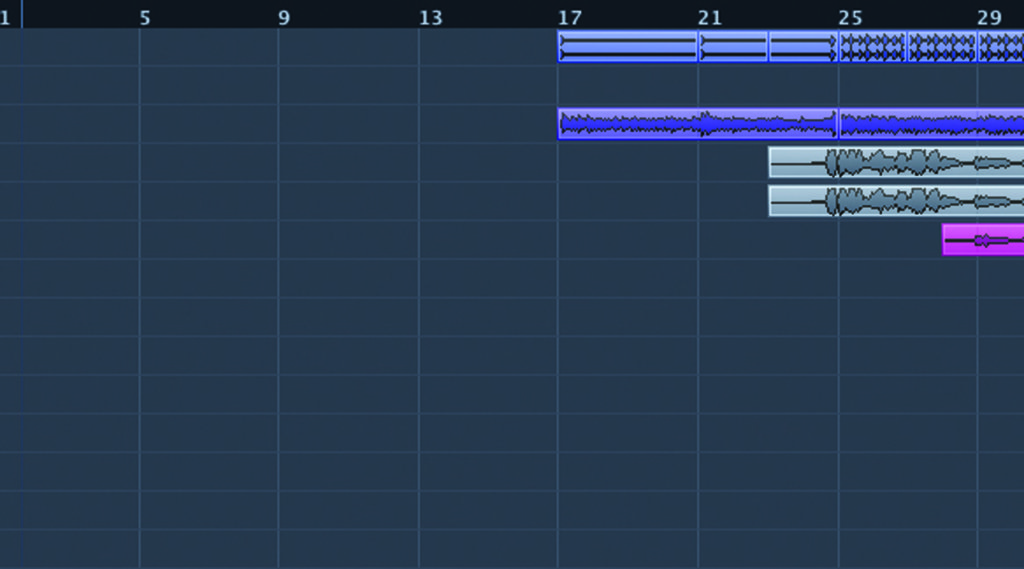 2: Once your rhythmic elements have been defined you’ll see that the Cubase workflow is laid out into a relative grid. This enables you to move around your recorded elements visually without having to line things up to the bar by ear. 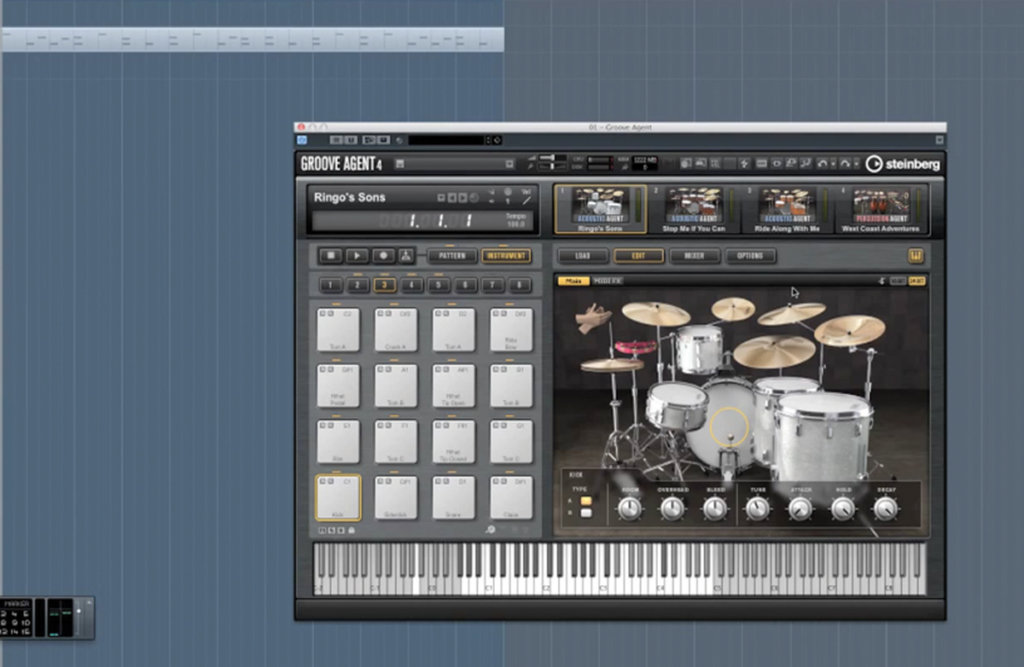 3: Once you have recorded your instruments then the real creative fun can begin! Using one of the many beat-making tools at your disposal you can use the click as a guide to play along with as you make your underpinning drum sound more interesting. 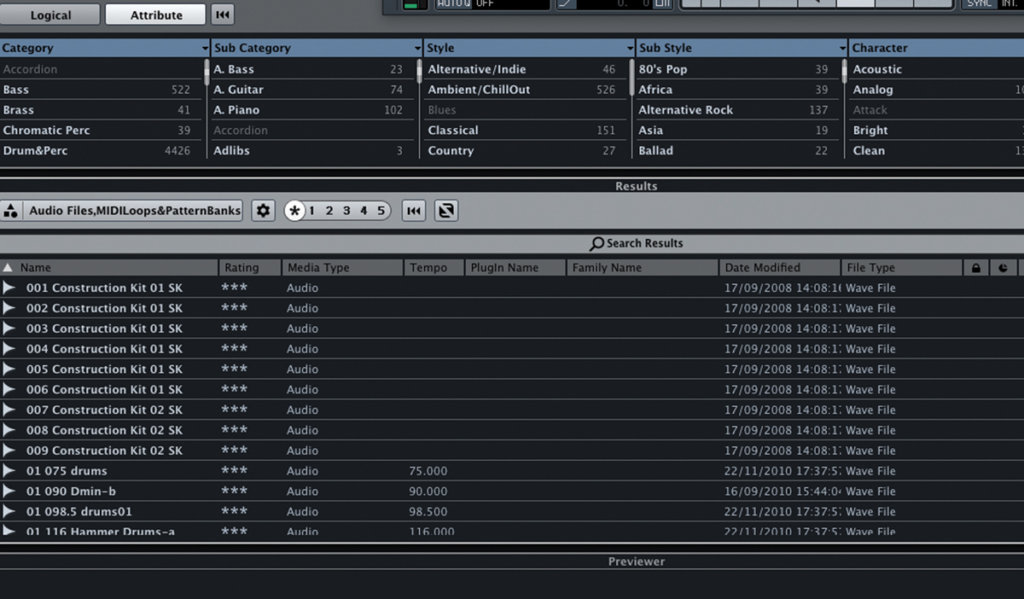 1: If you’re not all that keen on tapping out your own rhythms, you can always use loops and drum libraries to polish your rhythm section. Cubase 7.5 has a very handy Loop Browser, which can help no end.

2: Opening the Loop Browser, you can see the mammoth list of every possible variation of drum sound you could possibly need. These can all be individually auditioned prior to being added to your mix

3: These loops can be very quickly used when mixing your demos but it’s advisable to use something more sophisticated when recording the final mix – the aforementioned Groove Agent or perhaps even a living, breathing drummer!