Getting your head around the different types of compressor can make all the difference to your sound. Mike Hillier finds out what’s involved… Knowing how to set your compressor’s threshold, ratio, attack and release may be the biggest part of the battle, but knowing which compressor to use for which job in the first place […] 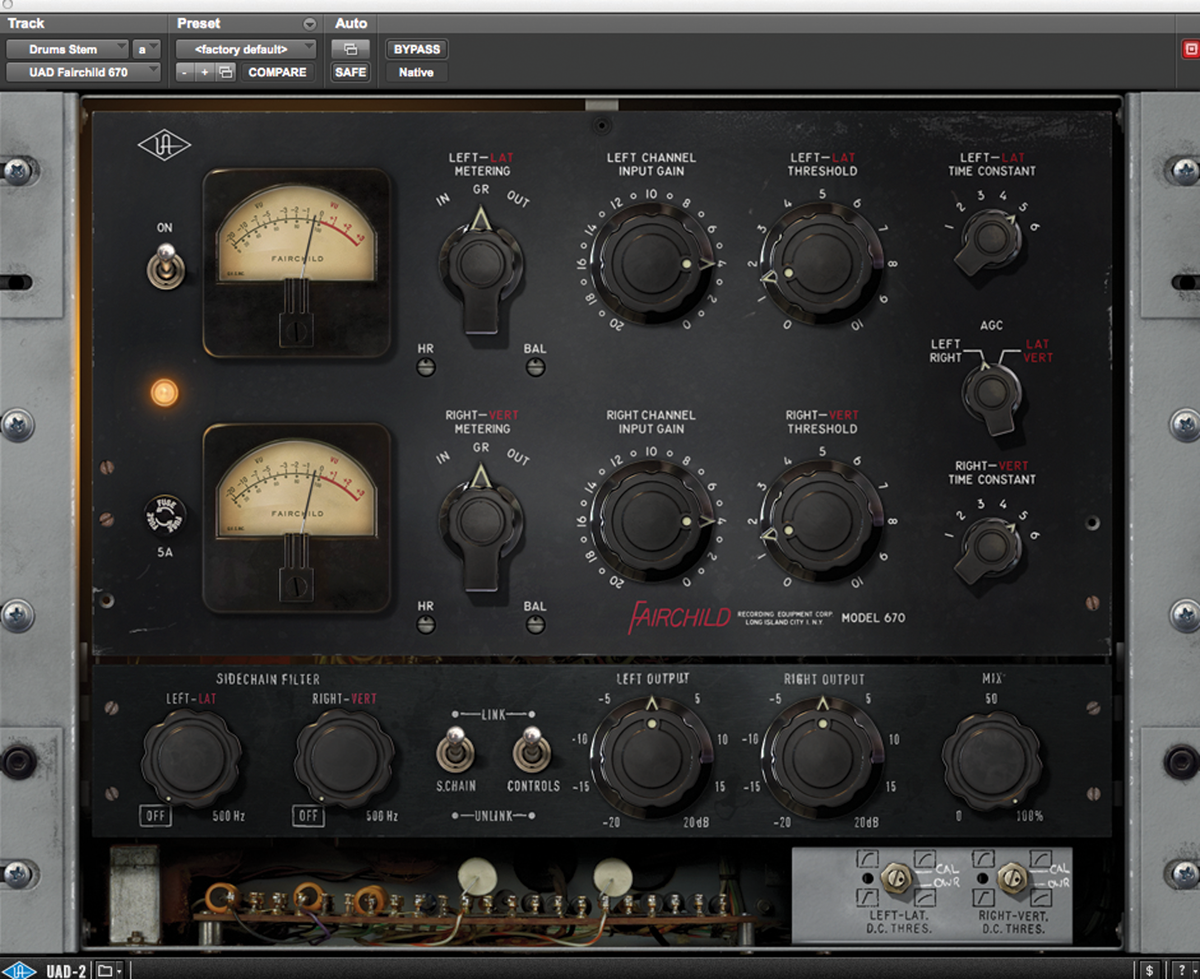 Getting your head around the different types of compressor can make all the difference to your sound. Mike Hillier finds out what’s involved…

Knowing how to set your compressor’s threshold, ratio, attack and release may be the biggest part of the battle, but knowing which compressor to use for which job in the first place can help to make the most out of the dynamics processors in your collection.

By picking the right compressor, you can achieve a certain amount of colour and EQ without having to reach for any other tool. Sometimes simply running your signal through a certain compressor can produce the effect you require without any gain reduction at all.

The first thing to look for when picking a compressor is what type of gain reduction technique it uses. VCA (voltage controlled amplifiers) compressors are probably the most common hardware design, and there are plenty of software emulations.

This technique is usually chosen because it offers a wide range of potential, from very fast to very slow, and can be configured to respond with a very clean, transparent sound. The basic operating principle is that the signal passes through a detector, which converts the AC sound voltage into a simple DC voltage. This DC voltage is then used to control the gain of the amplifier.

Optical compressors use an ingenious technique to control the amount of gain reduction. The audio signal is sent through a lightbulb coupled to a photocell (a light-dependent resistor). The louder the signal, the brighter the bulb, this reduces the resistance of the photocell causing greater gain reduction. The bulb and photocell have a built-in lag time, which gives optical compressors a smooth but slow compression quality.

The gain stages of an optical compressor can be either valve or solid-state, with some older models, such as the LA-2A, having a coloured sound compared to newer models such as the Maselec MLA-2.

The last of the ‘big 3’ compressors is the FET compressor. This uses a Field-Effect Transistor (FET) to vary the gain. Initially FETs were chosen to replicate the behaviour of valves, but, as anyone who has heard an FET compressor will know, the two have very different characters.

FET compressors, such as the 1176, are incredibly fast and able to produce a considerable amount of gain reduction without sounding forced. They can be great for pushing sounds forward in a mix, or for slamming transient material heavily.

Some of the oldest compressors use valves to vary the gain and these compressors, such as the Fairchild 670, are commonly referred to as vari-mu compressors. This class of compressor includes many of the most revered compressors in existence. Vari-mu compressors are quite sluggish compared to more modern designs. While this makes them fairly useless at squashing transients, it can make them wonderful at bringing up the body of a sound while leaving the transient untouched, so they are often found on drum busses, mix busses and vocal chains.

When the BBC, EMI and so on first tried to replace valve compressors, they used diode-bridges as the compression stage. These are rare, but can still be found in designs such as the Neve 33609. The problem with this is that the signal has to be reduced significantly before it can be pushed through the diode, meaning a considerable amount of gain is needed on the output, resulting in quite a high noise floor.

An often overlooked compressor type is the PWM compressor. This turns the signal on and off at rates far higher than the audio range to reduce the level.

If the signal is on and off equally, then it is reduced by 50%, whereas if it is only off for a tenth of the signal, the energy is reduced by only 10%. This difference is called the pulse width. PWM compressors built with modern components can produce very clean compression with almost no artefacts.
Crane Song and Great River both produce PWM compressors. 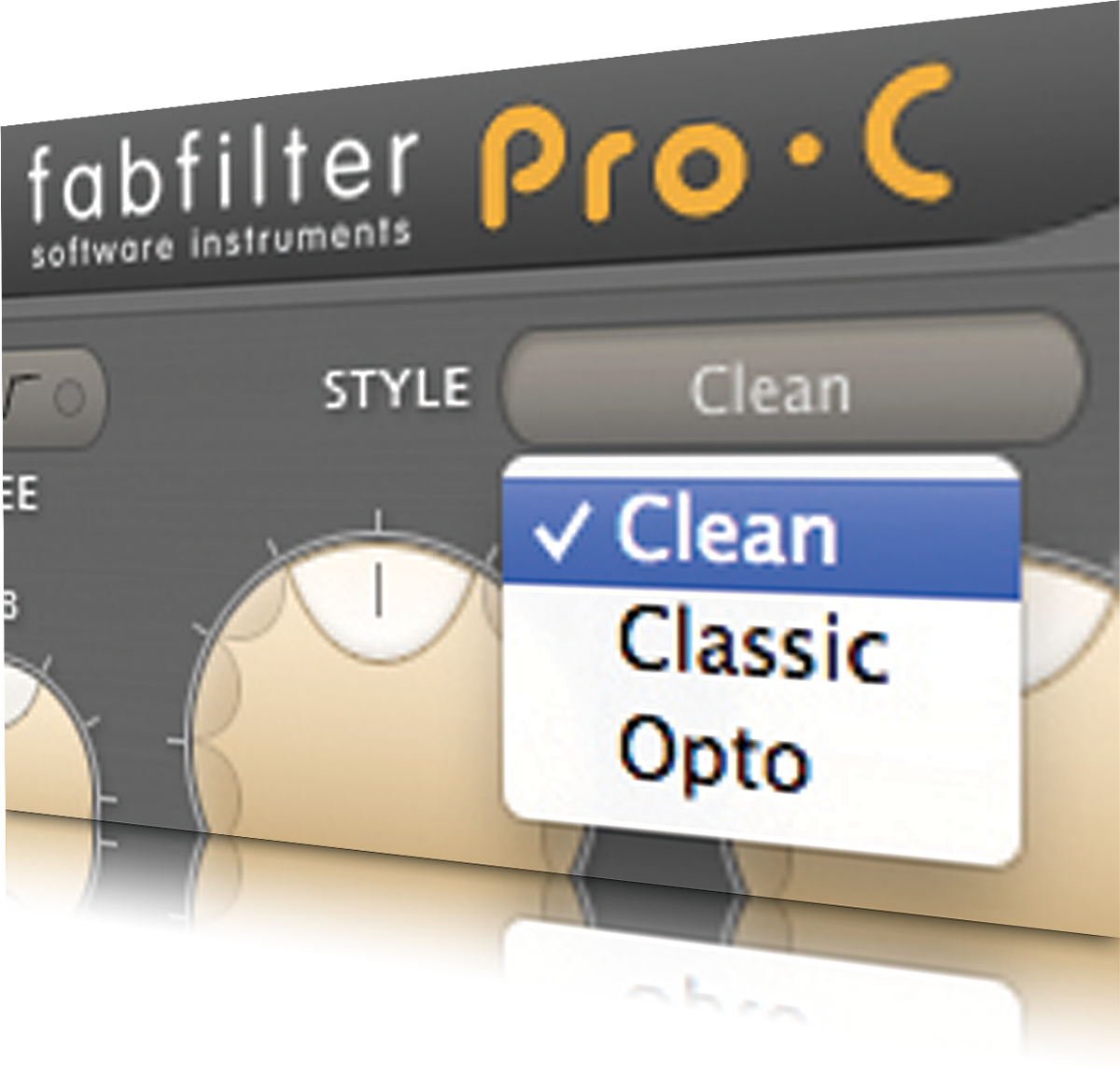 Many modern digital compressors can model multiple types of compression in a single plug-in, without emulating any single specific compressor model.

The FabFilter Pro-C (pictured here) has three modes: Clean, Classic and Opto. Compressors such as this often have variable knee and many other features that aren’t present in hardware emulations, making them a great choice for almost any channel in your mix.

Click Here To Read Our Step by Step –  Playing With Compressors