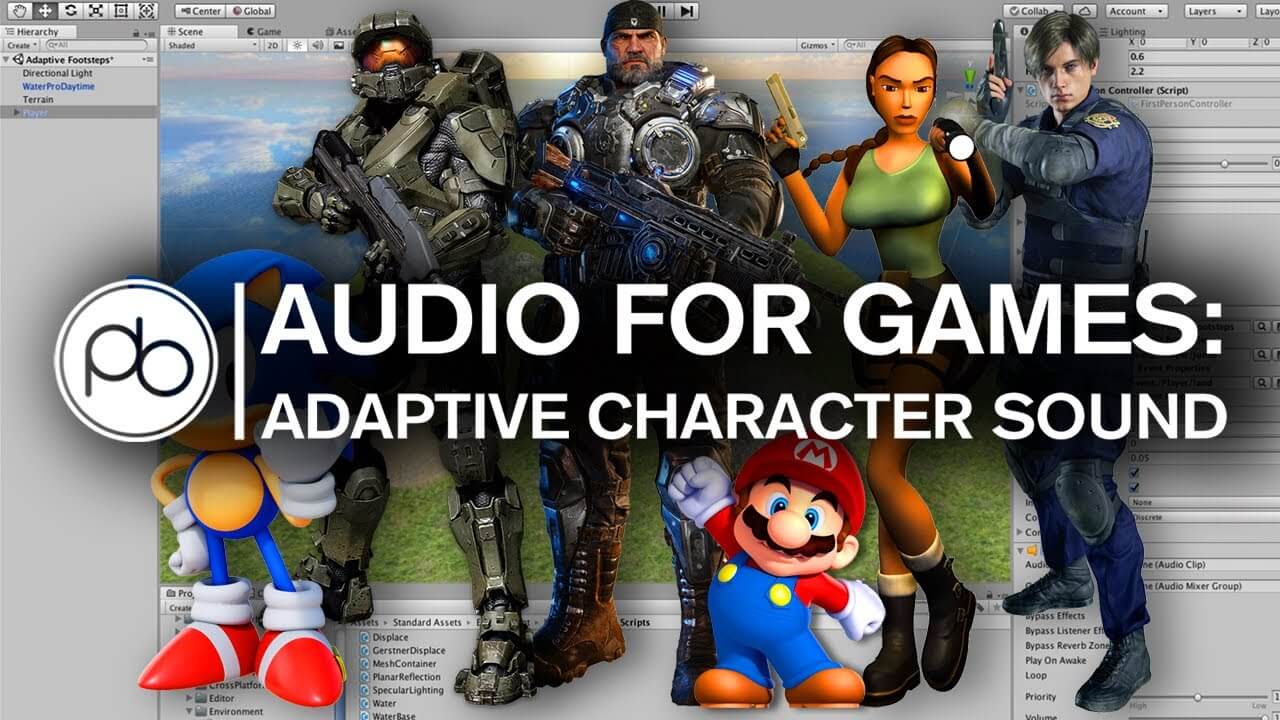 Thankfully, video games have become much more nuanced and detailed since the days of Tomb Raider and Crash Bandicoot (not that they aren’t still amazing games, of course). As a result, the sound effects and music we can incorporate into these virtual landscapes is much more accurate and interesting. We appreciate this isn’t something that is touched upon that often in MusicTech, but it’s still an avenue worth exploring in the world of music technology.

So, Point Blank has chimed in to give a basic rundown of adding audio to a character’s footsteps using FMOD and Unity. The latter is a game design engine used to build levels and code gameplay, whilst FMOD is an integrated game engine DAW that provides the real sonic detail that we’re after. Rory Walker takes us through the lesson, and is one of the lecturers at Point Blank Music School. Rory is also a freelance sound designer in the gaming industry.

In the video, Rory shows us how to add footstep sounds for a number of different textures, including gravel, sand, stone and water, to add the detailed variation that one expects in a character’s movement.

Point Blank Music School has a variety of online courses available for learning to create audio for video games. This video was taken directly from their Audio For Games module, featured in Point Blank’s online Diploma courses.

For more tutorials, click here. To find out more about the courses available from Point Blank, head to PointBlankMusicSchool.com