Creating an electronic snare timbre, with a modular, is not as difficult as you might think. Dave Gale patches up some tonal white noise… The rattle of a physical snare has quite a high and bright tonality, which can be emulated using white noise Acoustic snare drums haven’t changed much over the years. Their construction […]

Creating an electronic snare timbre, with a modular, is not as difficult as you might think. Dave Gale patches up some tonal white noise… 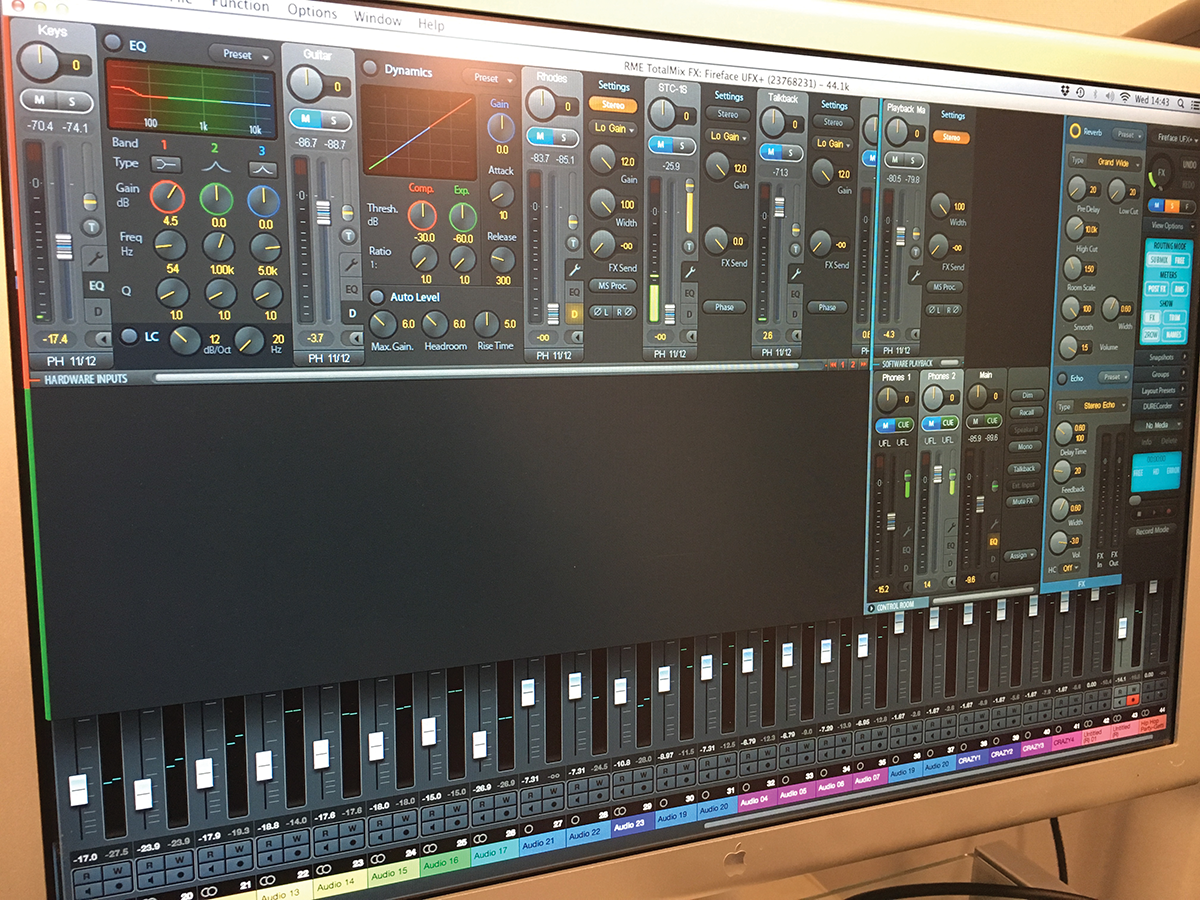 The rattle of a physical snare has quite a high and bright tonality, which can be emulated using white noise

Acoustic snare drums haven’t changed much over the years. Their construction has largely remained the same since time immemorial, so what is a snare and is it more than just a rattly noise? Well, simply put, a typical acoustic snare will consist of a round metal ring that has a width (height) of anything between three and eight inches. Top and bottom, you will find a skin, which is known as the ‘head’, and if struck, will create anything from a thud-like sound, to something quite tonal.

The factor that dictates the pitch (frequency) of this tone is how stretched the head is across the surface, coupled with the depth of the drum itself. The trick is to tune the drum so that as you strike the upper head, often referred to as the ‘batter head’, the tone rings true in all areas of pitch, bearing in mind that there are a number of points around the edge of the head where it can be further tightened and stretched.

Some music, notably rock, tends to use a lower pitched tonal centre as a tuning for the drum, and hence also uses larger drums, whereas styles such as jazz and funk might use something higher in pitch. The snare component is connected with the lower head. This is a set of tightly coiled springs which come into contact with the lower head, and hence rattle in sympathy, as the lower head vibrates. The snare rattles with quite high and bright tonal colours, which could be compared to white noise.

At this stage, and with the mention of white noise, you may well be ahead of me. In order to make something convincing as an acoustic model, you are going to need two tone sources; an oscillator which is capable of producing sine- or triangle-like tones, and a white-noise generator.

If you don’t have an oscillator with sines available, use a filter to either filter out a rich waveform, or raise the resonance and use it in self-oscillation mode. You will also need at least one envelope generator, with a snappy front end, as well as a mixer and VCA.

Let’s start by patching up a facsimile or construct of the drum itself. Take a sine output (or something filtered, if you don’t have a sine) and run that into your mixer. Set the frequency of your sine to somewhere around a middle C on a regular piano. If you don’t have access to a tuned instrument, aim for a middle-pitched note – not to high, or low, in pitch. Now take your white noise and also run that into your mixer.

Ensuring your mix output is going to your VCA with the play-through turned up, you should be hearing something consisting of white noise, and a tone. Blend the two signals in volume level; I would suggest that the white noise should be louder than the tone. 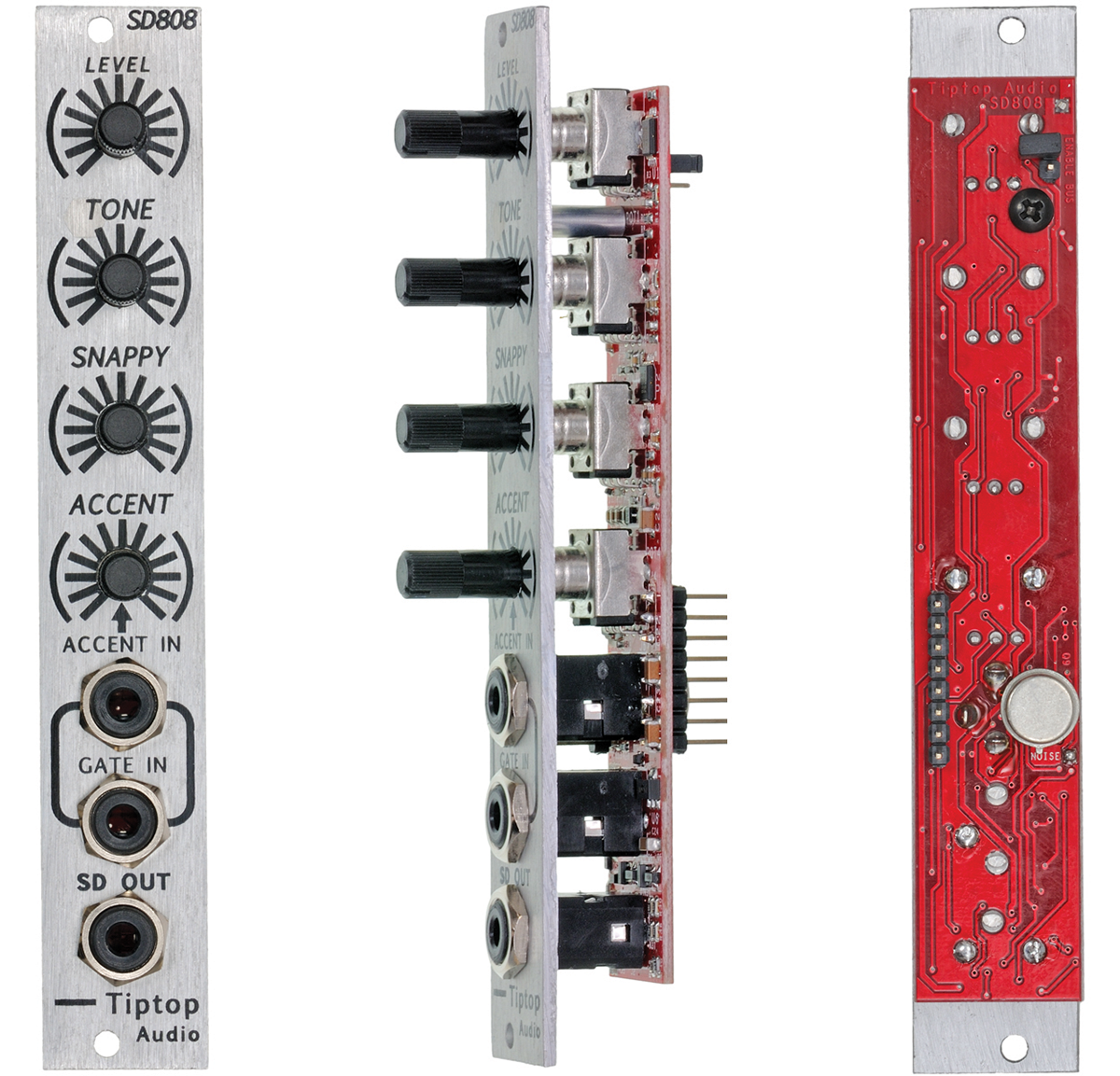 At the moment, it’s not really sounding much like a snare, so in order to proceed to the next stage, we’ll need to deploy the envelope, and give it a heavy transient at the front, akin to being struck with a drum stick.

Keeping your attack phase short, and your decay phase fairly short, send your envelope’s CV in the direction of your VCA, and you should start to hear something more snare-like. It’s also worth mentioning that your envelope sustain will need to be set to zero, and depending on the nature of your trigger, your release may need to be shortened or elongated to create the desired effect.

So now you’re hopefully getting something which is sounding more snare-like, it’s time to draw comparisons with the past masters. No drum-timbre tutorial would be complete without mentioning the ubiquitous 808.

As we know, 808s are pretty popular in sound right now, so it’s worth considering how their makeup compares. It’s a popular misconception that the tonal element of the 808 snare is tunable – it isn’t. But what it does allow for is the blending of three tonal sources, which includes not one but two sine sources. The two sines are tuned (roughly) at F# below middle C (F#3) and F above middle C (F4).

If you’d prefer this as a frequency measurement, aim for 185Hz and 349Hz. The 808 drum channel would then allow a balance between the two, via the ‘tone’ pot, which would simply see-saw between the two sine tones. Add the Snappy control into the mix and this would simply increase the volume of the white noise. It was that simple. See the schematic for more info.

I like something bright, so favourites of mine include the AJH Glide & Noise, Music Thing Turing Machine, Doepfer A-118 and SE Sci Fi. Of course, a byproduct is that a lot of these modules have additional functionality, so research what else you might need and you may well find it has other uses. For example, the AJH Glide & Noise is an exceptionally good CV portamento module, so buy it and you get two things for the price of one.

Of course, you do have the option of purchasing a Eurorack module that will encompass everything we’ve discussed here. The Tiptop Audio 808/909 snare modules remain some of the best of the bunch, but if you’re heading towards something a shade more ‘out there’, consider the ALM/Busy Circuits Dinky’s Taiko which offers some awesome tone sources for snares and more.

The element of CV control here is equally capable, and it’s easily one of my favourite modules. Also up for consideration should be the Hexinvertor Mutant Snare. Mutant by nature as well as name, it’s got plenty to offer the modular user.

It’s worth talking about current practices in electronic music production, as certain circles like to distort or bitcrush snares.

Both will invoke something ‘crunchy’, but some might not have the means to do this within the modular, in which case, consider running into the real world, or DAW, and adding the distortion during the production process.

Otherwise, bitcrushers to consider within the modular realm include the Roland BITRAZER, Harvestman Malgorithm and Rebel Technology Bit Reactor.

If you’re after something other than an 808 timbre, then that’s not such a bad idea, as it may well set your timbre apart from the default timbre palette. You could go for something with character and humour, verging on 80s, by sending your envelope in the direction of the pitch/frequency of your tonal element(s). A downward glide on this tone will offer up another tonal colour, which sounds pretty cool, and is reminiscent of 1980s Simmons drums. 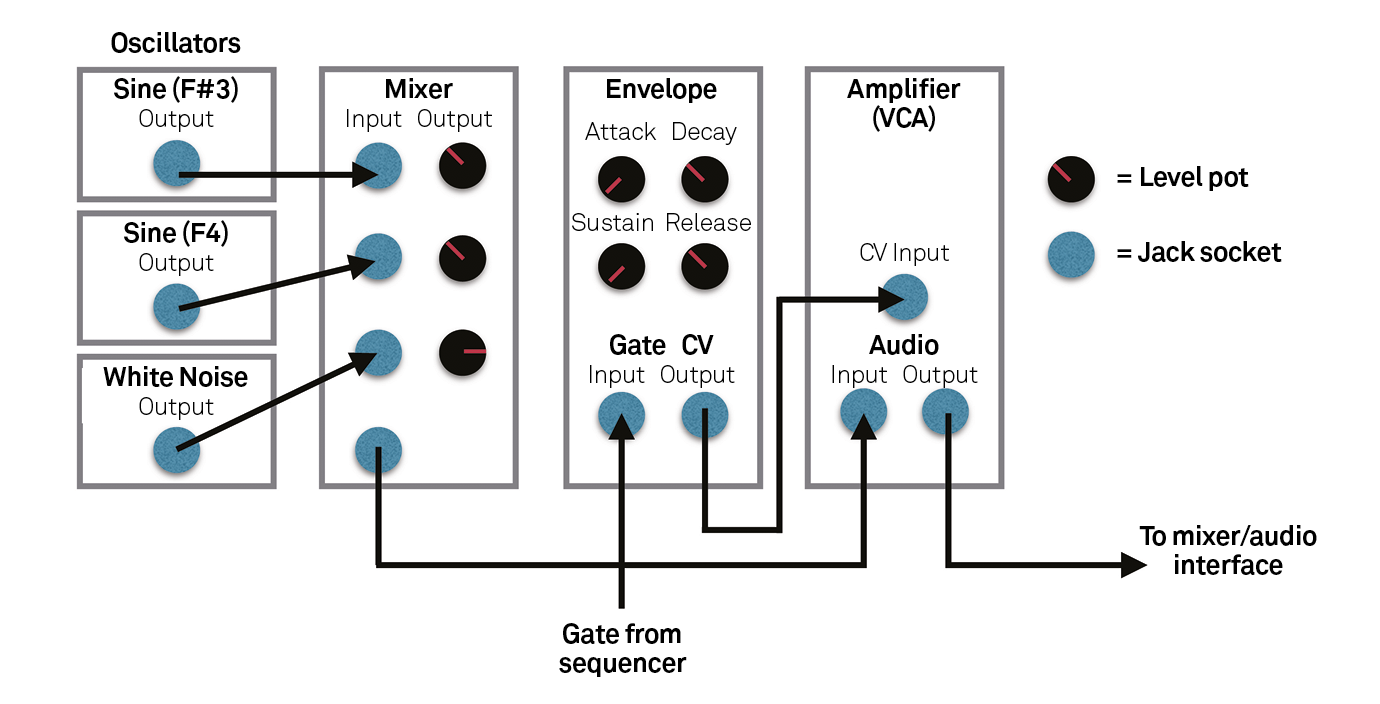 You could bring a second envelope into play, which you could use to control the tonal element exclusively. This offers more control over what you can do, and enables you to create something more complicated against the basic settings of the amplitude envelope.

Above all, while some will always like the old faves, my money is on going to a different place. If you’re feeling brave, try building up more tonal elements to create chords, which you can detune, a little like an acoustic drum. This will sound nice and aggressive and could be perfect in that techno track.