To many people, making the mix loud is the whole point of mastering, but to others it’s more contentious. Mike Hillier tries to hit the sweet spot… This month, we’re using the track Foreign Waters – the title track from the Foreign Waters EP by Emily Mae Winters, mixed by Ben Walker Find out more […] 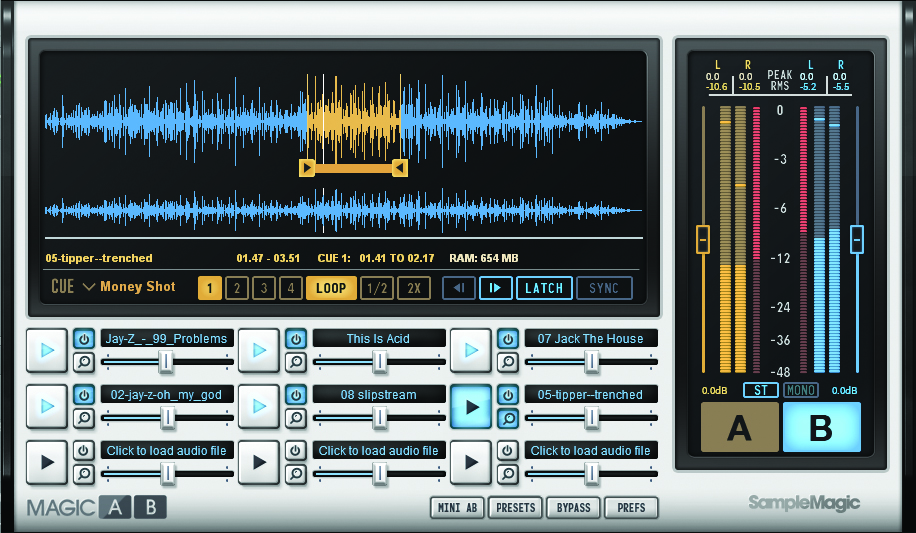 To many people, making the mix loud is the whole point of mastering, but to others it’s more contentious. Mike Hillier tries to hit the sweet spot…

With EQ, compression and any other processing done, the final signal processing to be applied to the audio in mastering is loudness and level control. Finding the right level for your masters isn’t simply a case of adding a limiter and squashing it until there are no dynamics left, but about finding the right balance between dynamics and loudness, comparing the track with others on the album/EP you are working on and others in a similar genre.

While the simplest way to turn up a master is to use a brickwall limiter at the end of the chain, more careful use of EQ, compression and even harmonic excitation can produce level boosts, and will often do so without squashing dynamics.

The two key figures to pay attention to when getting the level right are the Peak level and the RMS, the difference between these two being an approximation of the amount of dynamic left in the master. The RMS is the average loudness of the master, and so it is this figure which gives you an idea of how your master will compare to others when played side-by-side.

To get your tracks to sound similar in level to professionally mastered material, try to match the RMS levels. The peak level is an indication of where the transients are reaching and must be kept below 0dB or you risk digital clipping distortion spoiling your master. You can, of course, keep the peaks below 0dB with a limiter, and many mastering engineers prefer to set the limiter to -1dB to leave a little headroom in the final master for any conversion processes further down the line, such as the inevitable conversion to mp3.

RMS matching isn’t perfect, but if your frequency spectrum is well balanced, and the vocal is mixed into the track at a similar level this should be enough. If the RMS is matched and your mix still doesn’t sound as loud, then it is likely that the master isn’t well balanced across the frequency spectrum and an EQ or multi-band compressor can help to bring it back under control.

Most mastering engineers will employ a number of meters for measuring the loudness, including dedicated peak and RMS meters, over-sampling meters, VU meters and dynamics meters, which measure the peak-to-RMS ratio.

Compare and Contrast
Be sure to compare your master with other music to make sure your track sounds similar in terms of overall loudness, the frequency content and – most importantly – the vocal.

Step-by-Step – Get The Levels Right 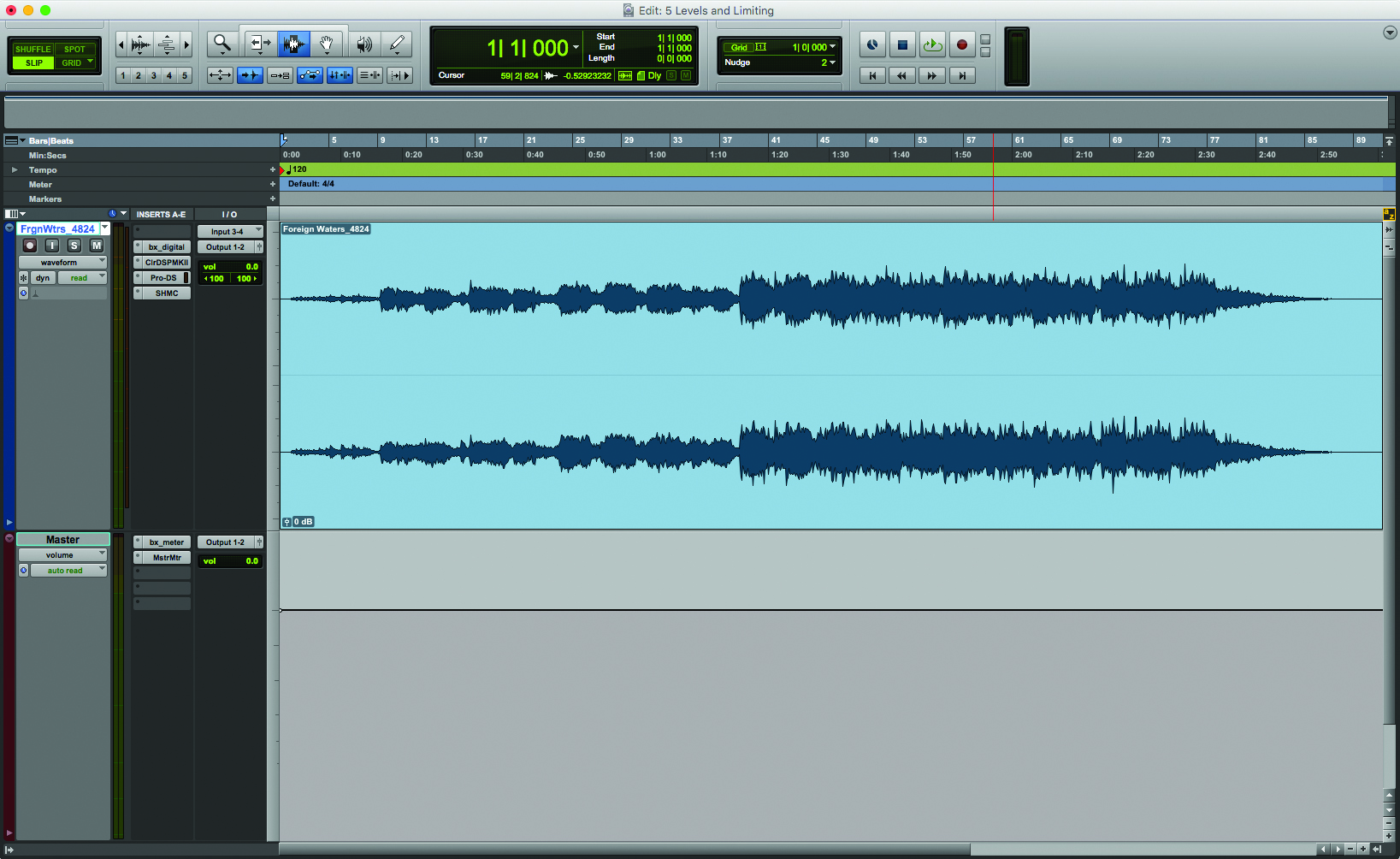 1: Foreign Waters is built around a picked guitar part and vocal, with drums, bass and strings embellishing the arrangement in the second half of the track.

2: We’ve already processed the file, making use of many of the techniques discussed earlier in this series, including both mid-side EQ and multi-band processing. For readers without these plug-ins, we’ve frozen the processing up to this point. 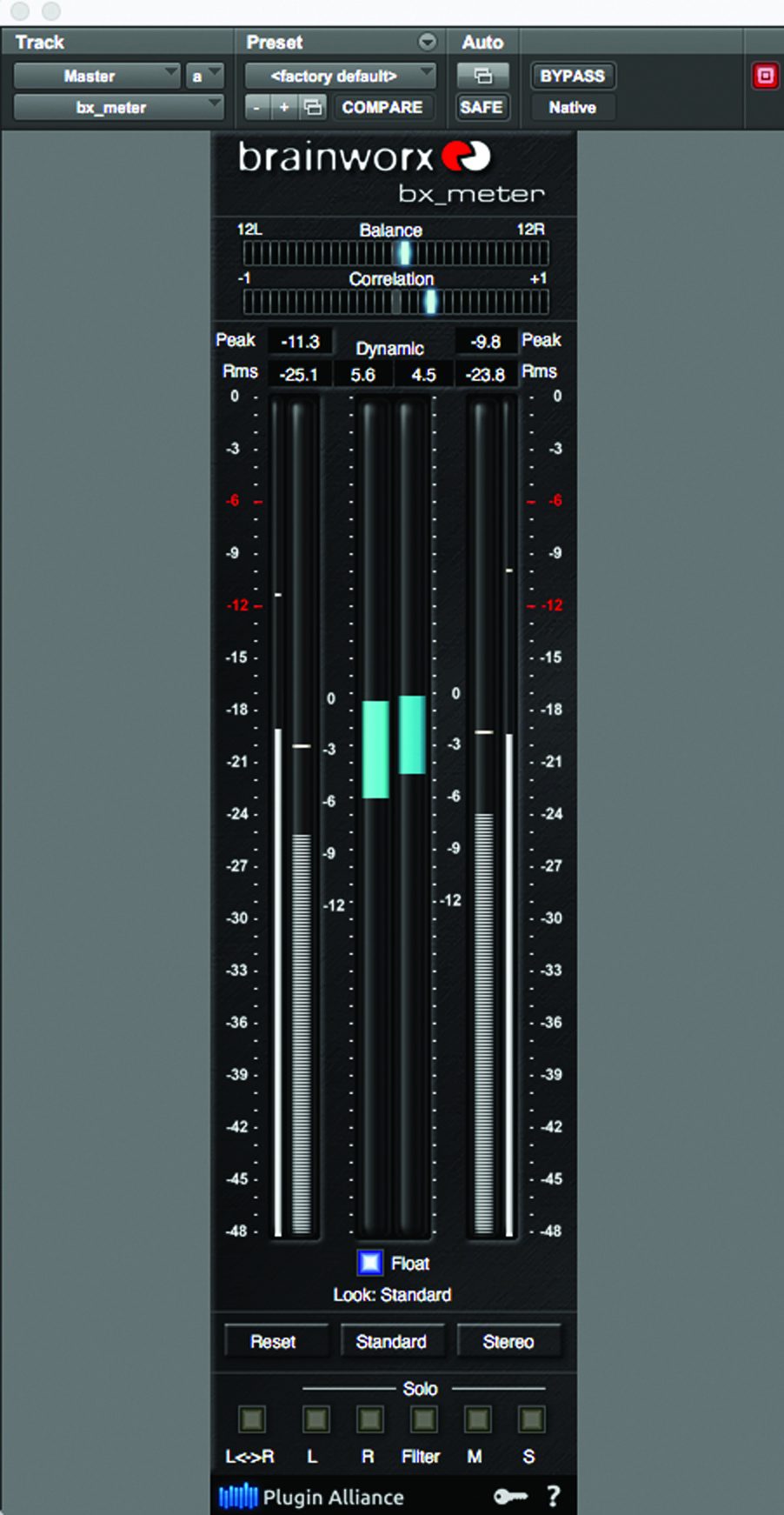 3: We’re going to add a couple of meters to the master buss to help us get an idea of the overall levels that we’re reaching. We’re using the Brainworx bx_meter here to meter both Peak and RMS levels, and this also gives a feedback of the ratio between these two figures. 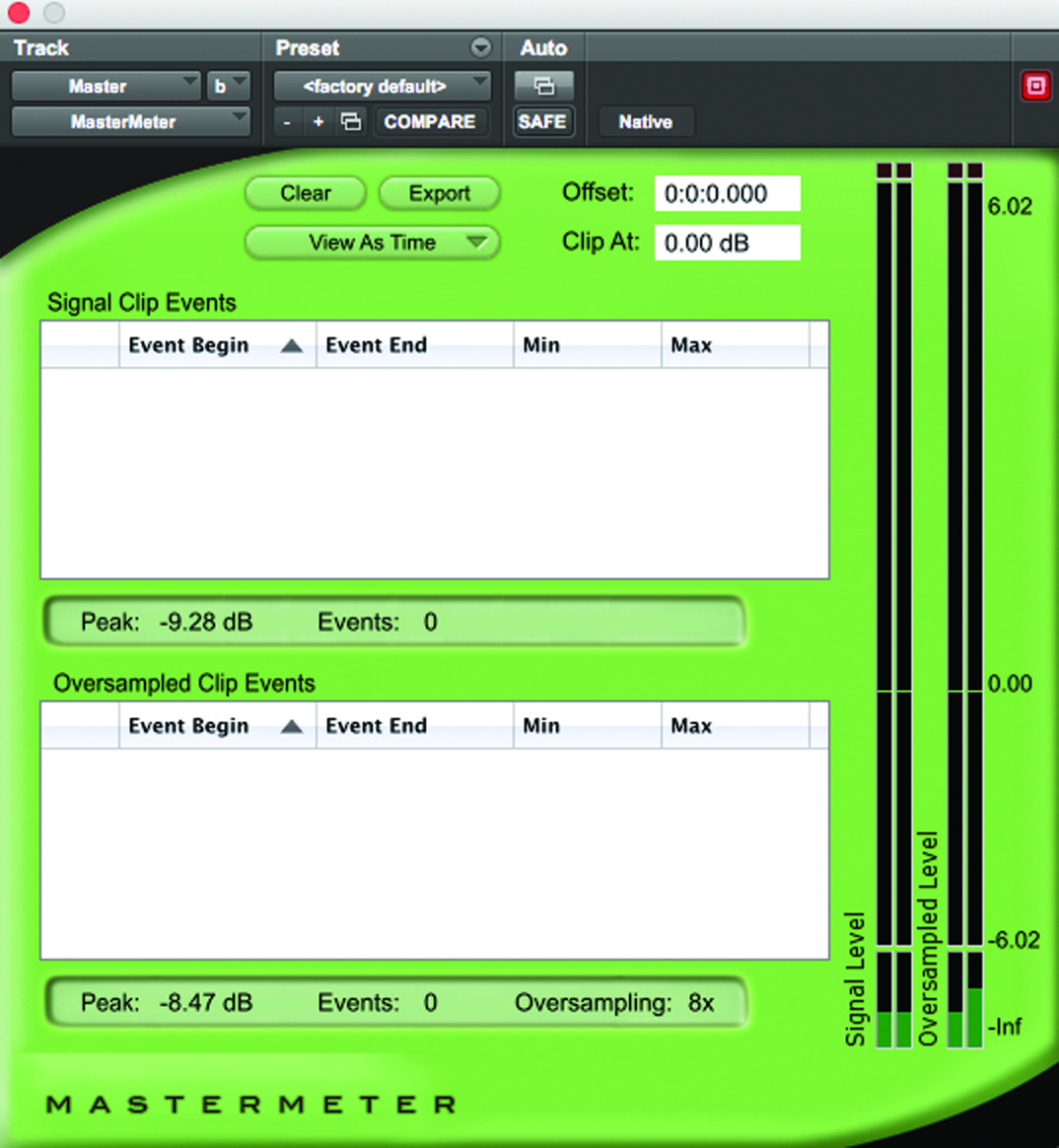 4: We’re also going to add an instance of TL Mastermeter. This meter will show any potential intersample peaks, which can cause problems on inferior playback systems and when converting to mp3. 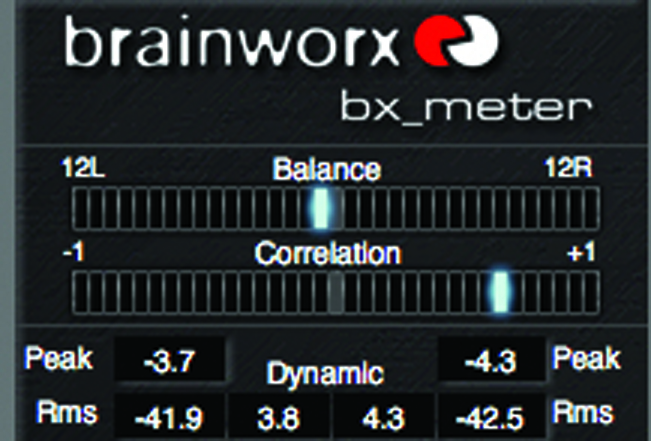 5: We’ve got around 3.5dB of headroom at the minute, so we could simply turn the track up by 3.5dB to get more level. But this would risk inter-sample distortion, and we want to try to get a little more apparent loudness out of the master than just the 3dB of clean gain available to us.

6: We’ll start by adding a brickwall limiter. The UAD Precision Limiter has a fixed threshold at 0dB, and limiting is applied by pushing the level up with the input knob. We know we have 3.5dB of headroom available, so pushing the input up by anything less than this will just give us clean unlimited gain, while more than this will result in some limiting. 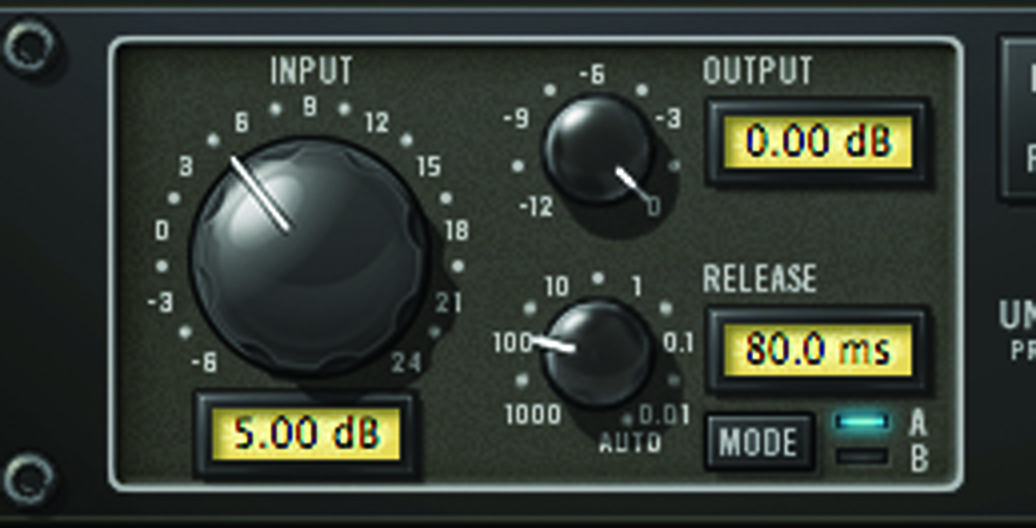 7:  With the input dial up around 5dB, the limiter is still only tickling the peaks of the master, and we could quite easily push this up another dB or two without much damage to the dynamics of the track. 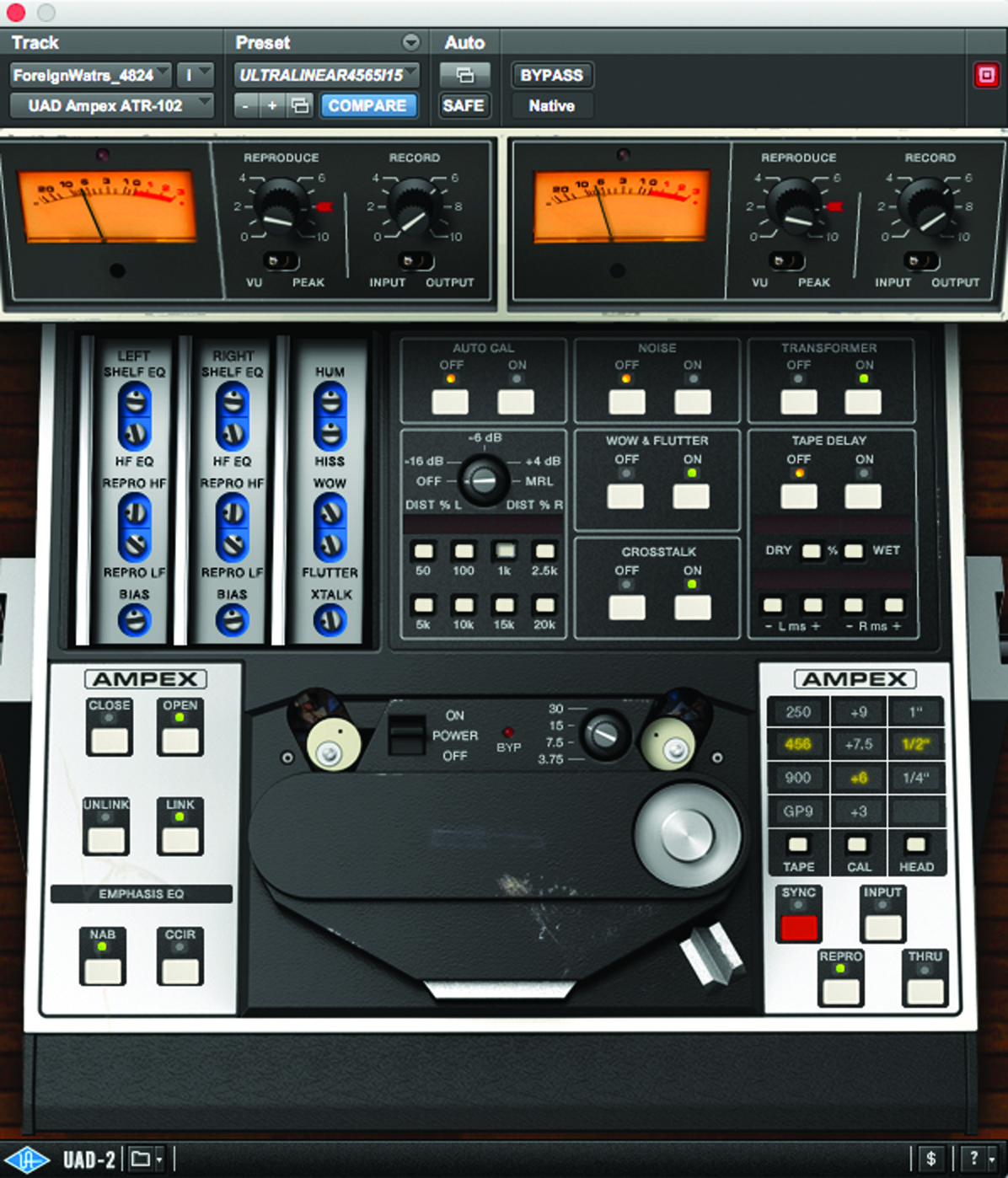 8: Instead of getting all our gain from the Precision Limiter, we’re going to dial the Input knob back down to around 2dB and add an instance of the UAD ATR-102 tape machine emulation before the limiter.

9: We can drive the tape input and output stages to push the limiter a little harder, while also getting a little extra colour and saturation off the tape, which will help to add to the perceived loudness of the master. 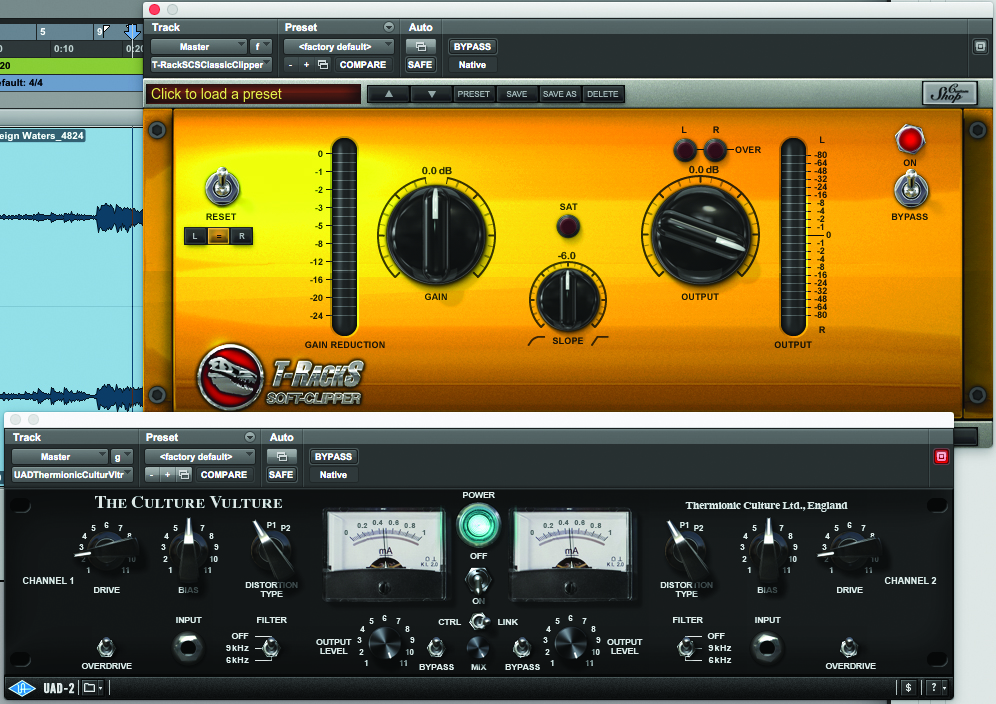 10: Other saturation tools can also be useful here, such as valve emulations, digital soft-clippers, or even by using the output gain stages of any analogue modelling gear, such as EQ or compression in your mastering chain. 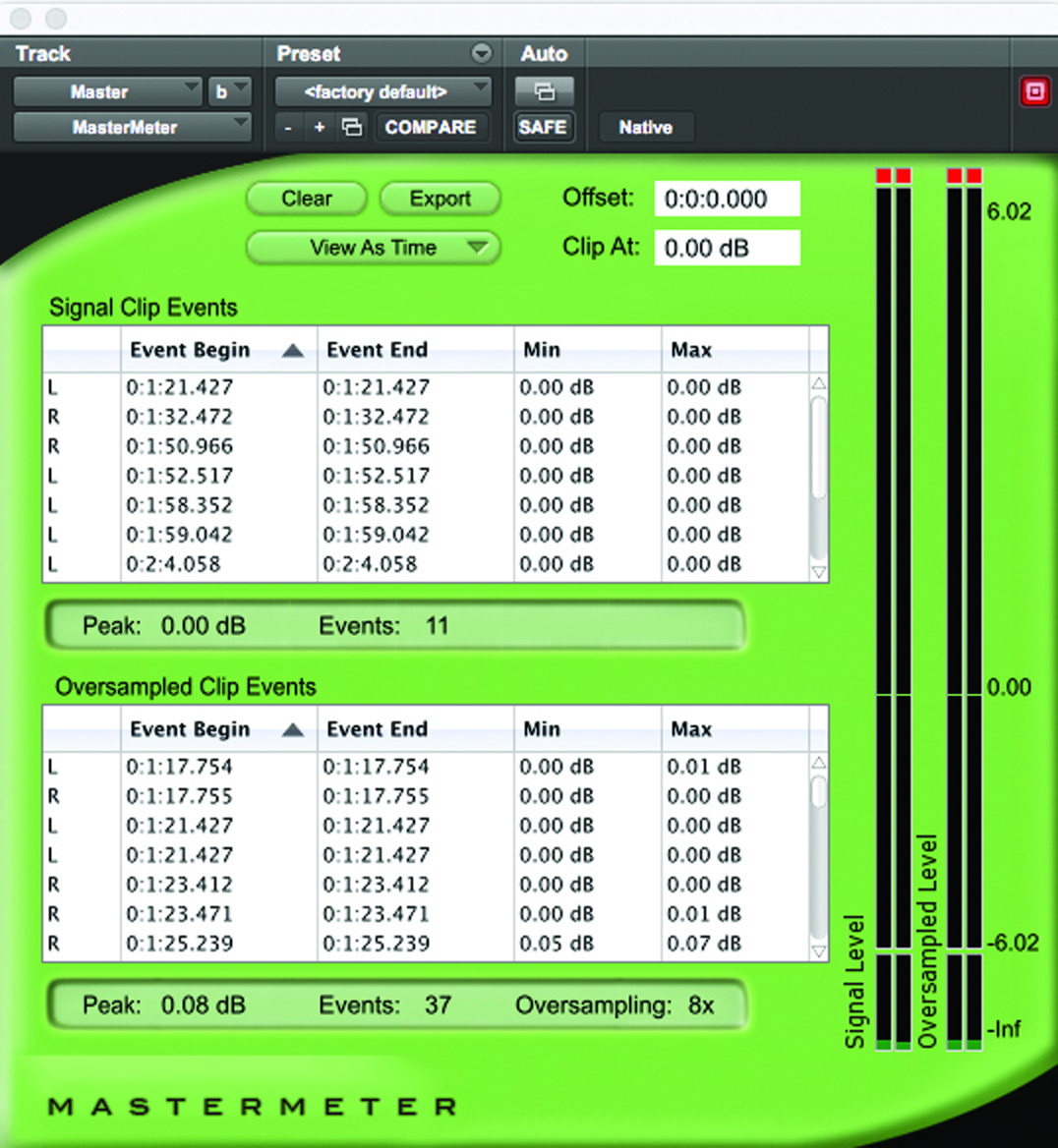 11: With the output of the limiter set to 0dB, there is a chance we will get inter-sampling distortion, so check the TL Mastermeter. If you are getting any clipping, turn the output stage of your limiter down until the meter ceases to report inter-sample clipping. 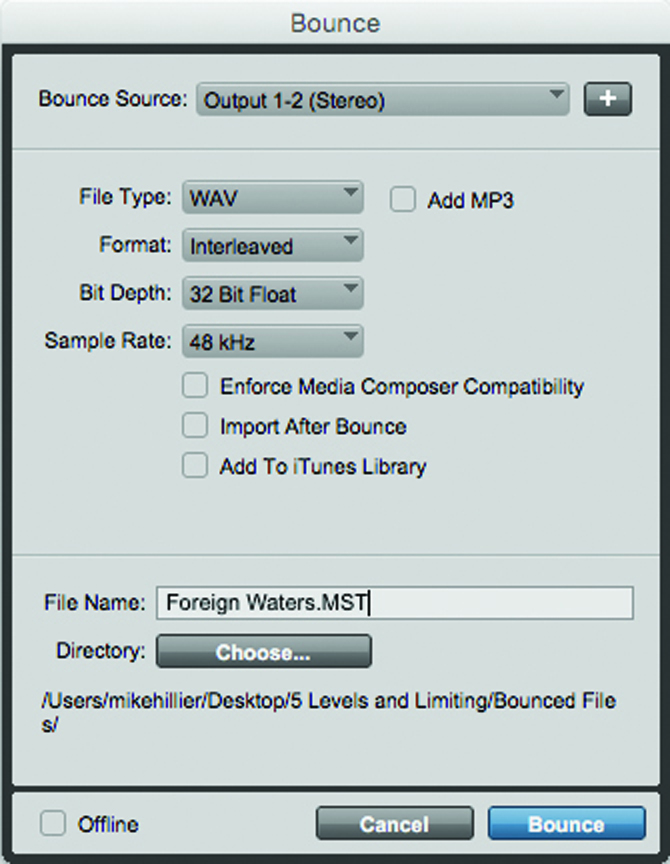 12: We’re now ready to bounce the mastered file. We like to always bounce in real-time, in part because we often use outboard hardware,
which can’t be processed offline, but also because this gives us one last chance to listen to the final mastered file.