How to develop a professional mastering workflow in Logic

Effective mastering in Logic Pro X isn’t just about picking a few ‘killer’ plug-ins – instead, you’ll need to take a revised look at your workflow and the tools at your disposal. 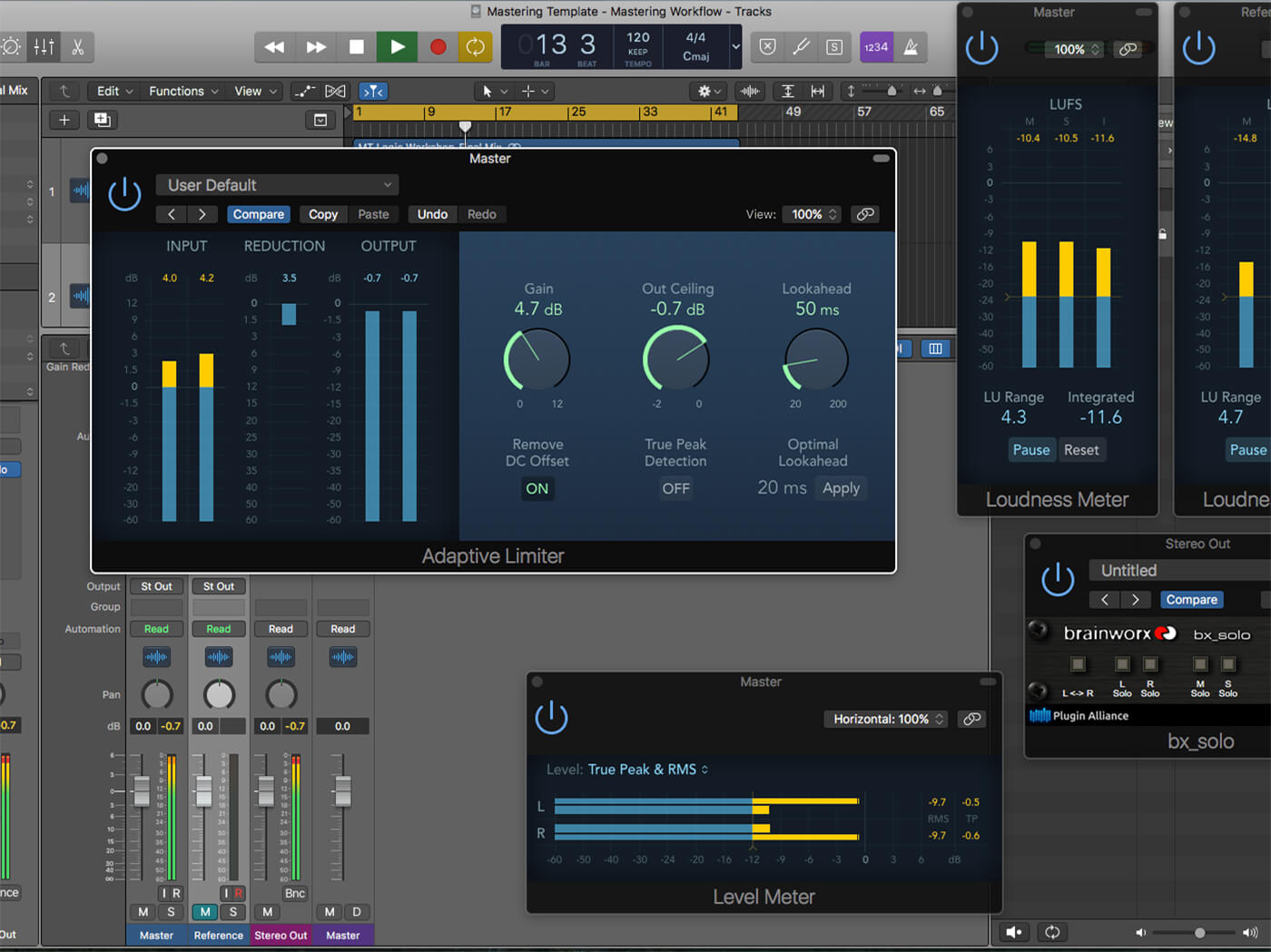 Having explored some ‘quick-fix’ mastering solutions in our last workshop, we’re now going to take a more in-depth look at a more professional solution to mastering – where the mix and mastering process are distinct and separate elements. As you’ll see, there’s plenty to take from our last workshop (especially in relation to loudness control), but in this part, we’ll see how a more professional approach involves a radically different workflow and a revised look at how you work with Logic Pro X. We’ll also reference how mastering has changed in response to the rise of streaming and see how you can best deliver your music to a variety of platforms.

Unlike last time, where mastering was applied directly across the stereo buss, this month’s workshop assumes you’re working from bounced stereo files and preparing them for delivery to a variety of streaming services. Mastering was traditionally the final stage in the production process – assembling, sequencing and processing 10 or so tracks to make a cohesive listening experience. Nowadays, of course, this continuity of listening experience is less important (as musicians move away from an album to single tracks), although you may still be dealing with several songs in any one session.

Given this different set of objectives, you’ll notice that we take a different approach to the use and application of Logic, creating a workflow that is specific to the process of mastering. The tracks that previously contained multiple different instruments are now used to distinguish between different songs. Each track is, in effect, its own song. We also need to think about referencing (either between mastered and unmastered version of a song, or commercial recordings) and a more involved use of metering and analysis. In many ways, mastering is a zen-like task of precision – a few considered actions in appropriate places rather than a haphazard form of sonic butchery.

Another point of difference between the two workshops is that we move from simple loudness correction (that made our rough mix stand up against the loudness of commercial recordings), to a process that actively tries to enhance and fix certain elements of the mix.

Last time, we started at the end of the signal chain looking at limiting and compression. In this tutorial, we look at the earlier parts of the signal processing path – namely EQ and multi-band compression – that deal with the timbral qualities of our master, moving it away from the ‘colour’ established in the mix.

With respect to EQ, we’ll look at how M/S processing can be used in Logic, allowing us to apply EQ in a more considered and focused way. M/S processing is popular in mastering circles as it allows the engineer to separate a track in the Middle and Side components – or, to put it another way, the parts of the mix residing in the mono ‘centre’ and the other elements that wrap around it to produce the effect of stereo. This form of thinking makes more sense than L/R stereo, as the main components of the track (kick, vocal, bass and so on) sit in the mid channel, while the decorative elements (string pads, reverbs, guitars) often sit more towards the side channel.

We end, of course, almost where we began by considering the final loudness of the master. In this post-loudness-wars period, we can now decide how hard we want to push a track – whether we want to retain some dynamic range or push the limiting harder to create a more ‘commercial’ sound. Despite streaming services attenuating over-loud mixes, we still have a choice to actively over-cook our masters, although of course the more limiting we apply, the more the streaming service will attenuate playback. Using the supplied Logic Mastering template, though, we can quickly compare the musicality of different loudness settings and discover what works best for our music.

Rather than simply suggesting a one-size-fits-all for mastering signal processing, we’ve hopefully shown you that the workflow is just as important to professional mastering – the ‘how’ is as important as the ‘what’ you do, in other words. Good mastering engineers often do little to the track they’re given (and even less if the track is already well mixed), but the small amount of processes they do carry out have a big effect on the overall sound. 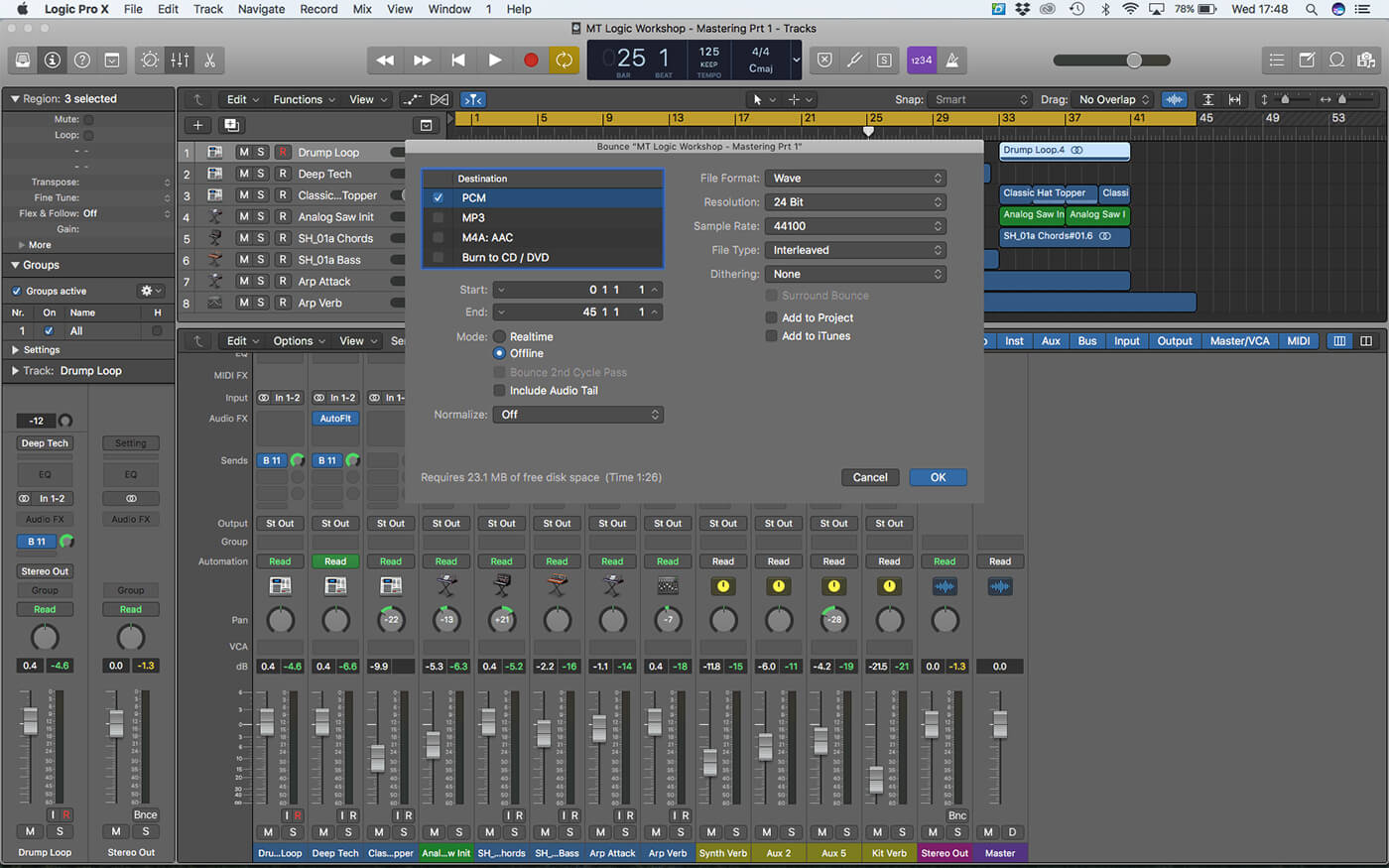 1. Create a bounce of your final mix, ensuring that there’s no stereo-buss processing and a decibel or so of headroom. Ensure the length of the bounce is greater than the duration with a bar of pre-/post-roll. 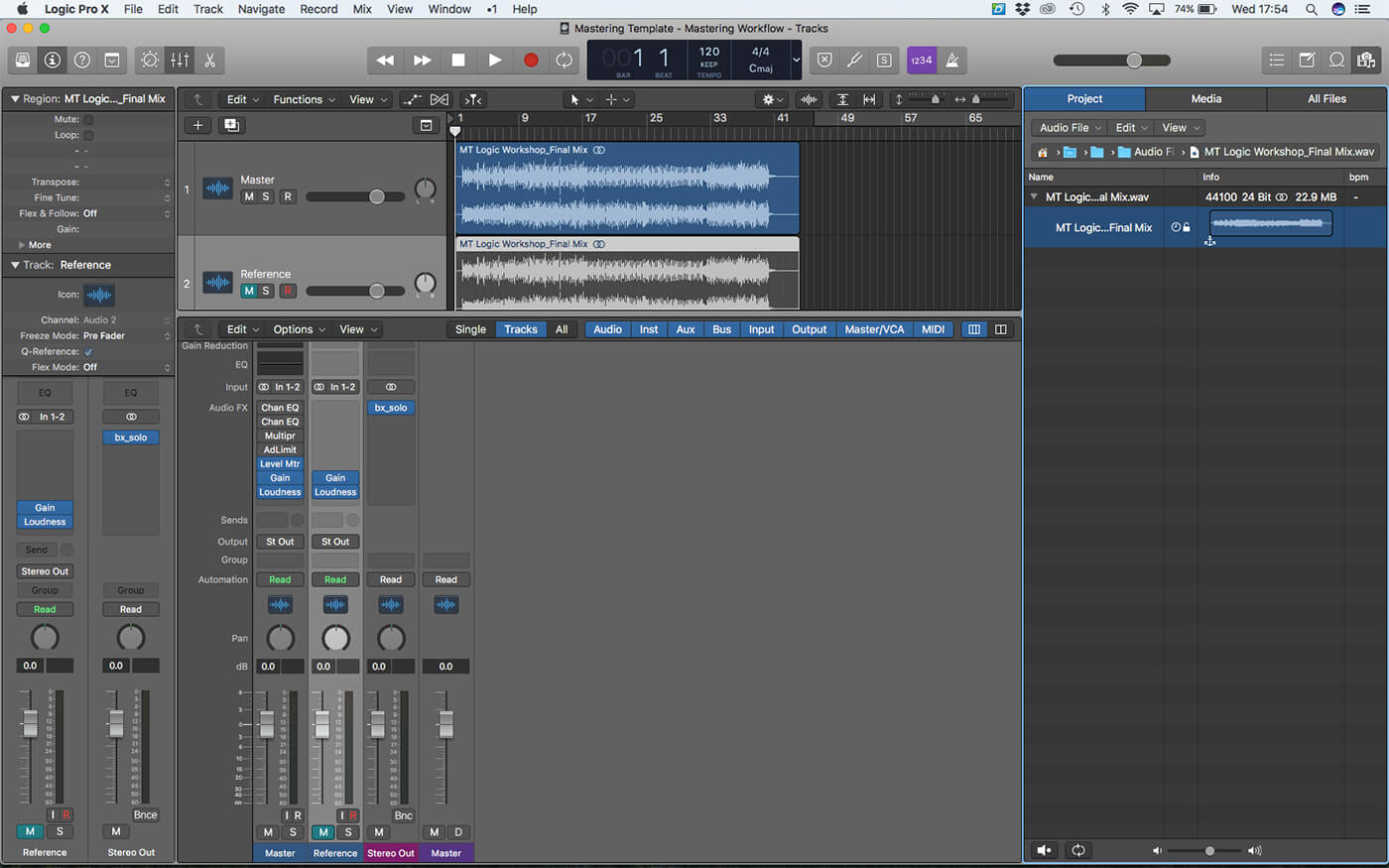 2. Open the Mastering Template project and import the bounced mix into the Project Audio Browser. Drag the song onto both the Master and Reference track, which will allow you to audition the track before and after processing. 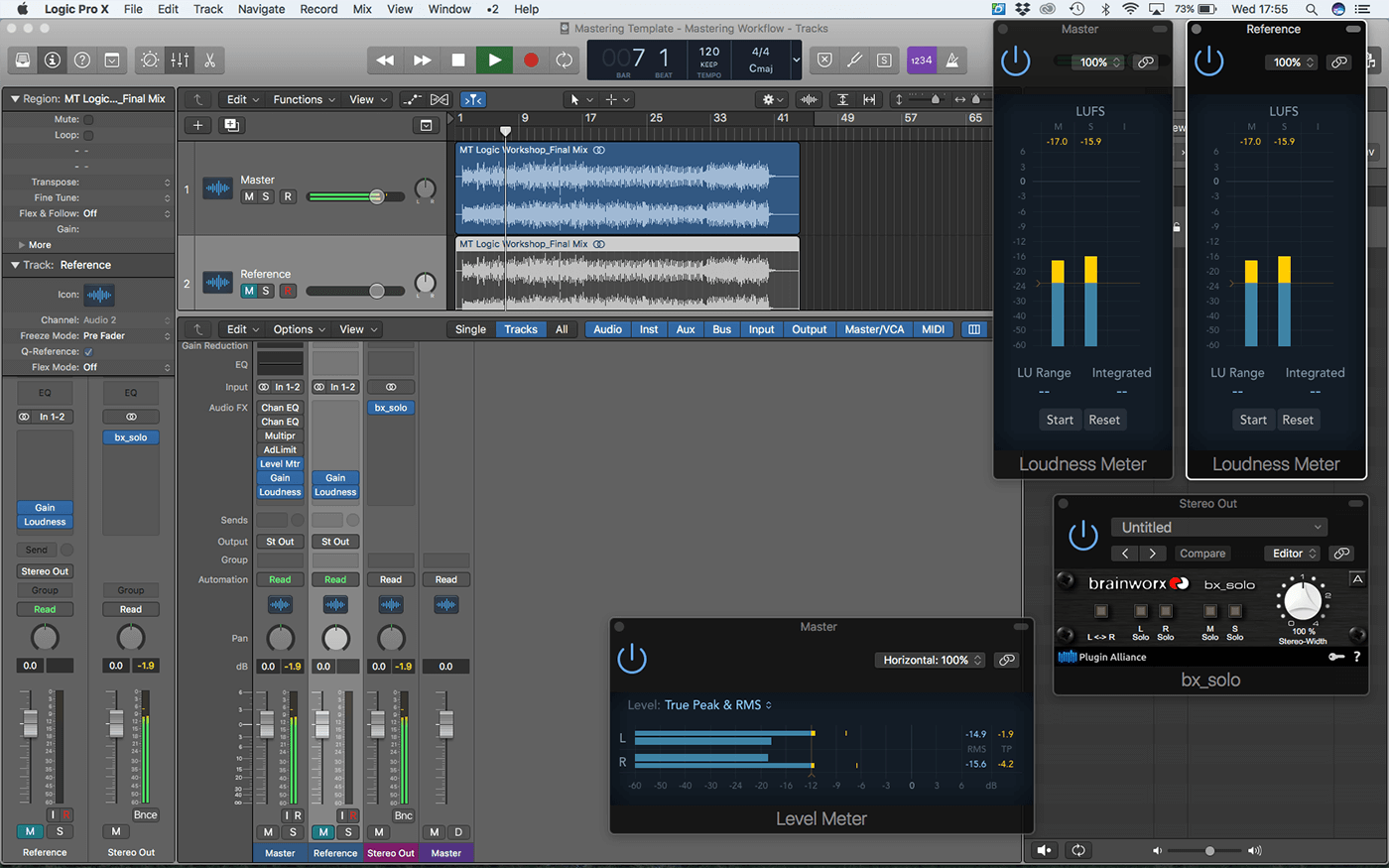 3. The project includes two Screensets. The first Screenset is the standard arrange view, while Screenset 2 has the plug-ins visible for loudness and level metering, as well as M/S monitoring. 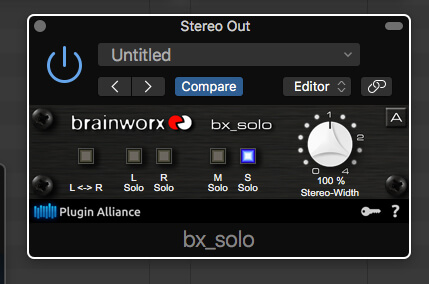 4. For the M/S monitoring, you’ll need to download and install the free bx_solo plug-in from plugin-alliance.com. Placed across the main Stereo Output bus, we can solo either the Middle or Side channels accordingly. 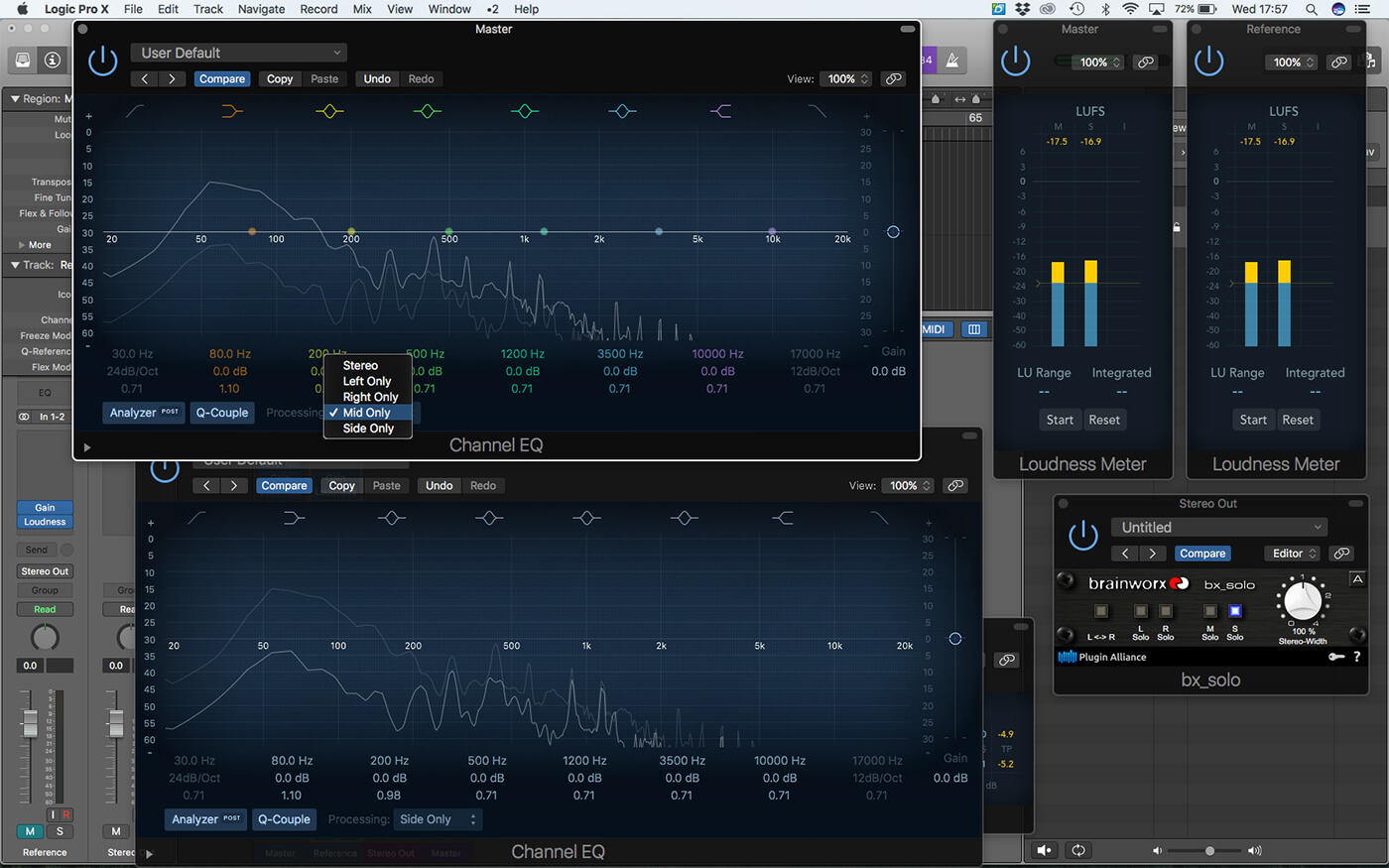 5. Open the two Channel EQs and set their processing modes to Mid and Side respectively. Pressing the Solo button on the bx_solo lets you to hear each EQ and the accompanying Mid or Side channel in isolation. 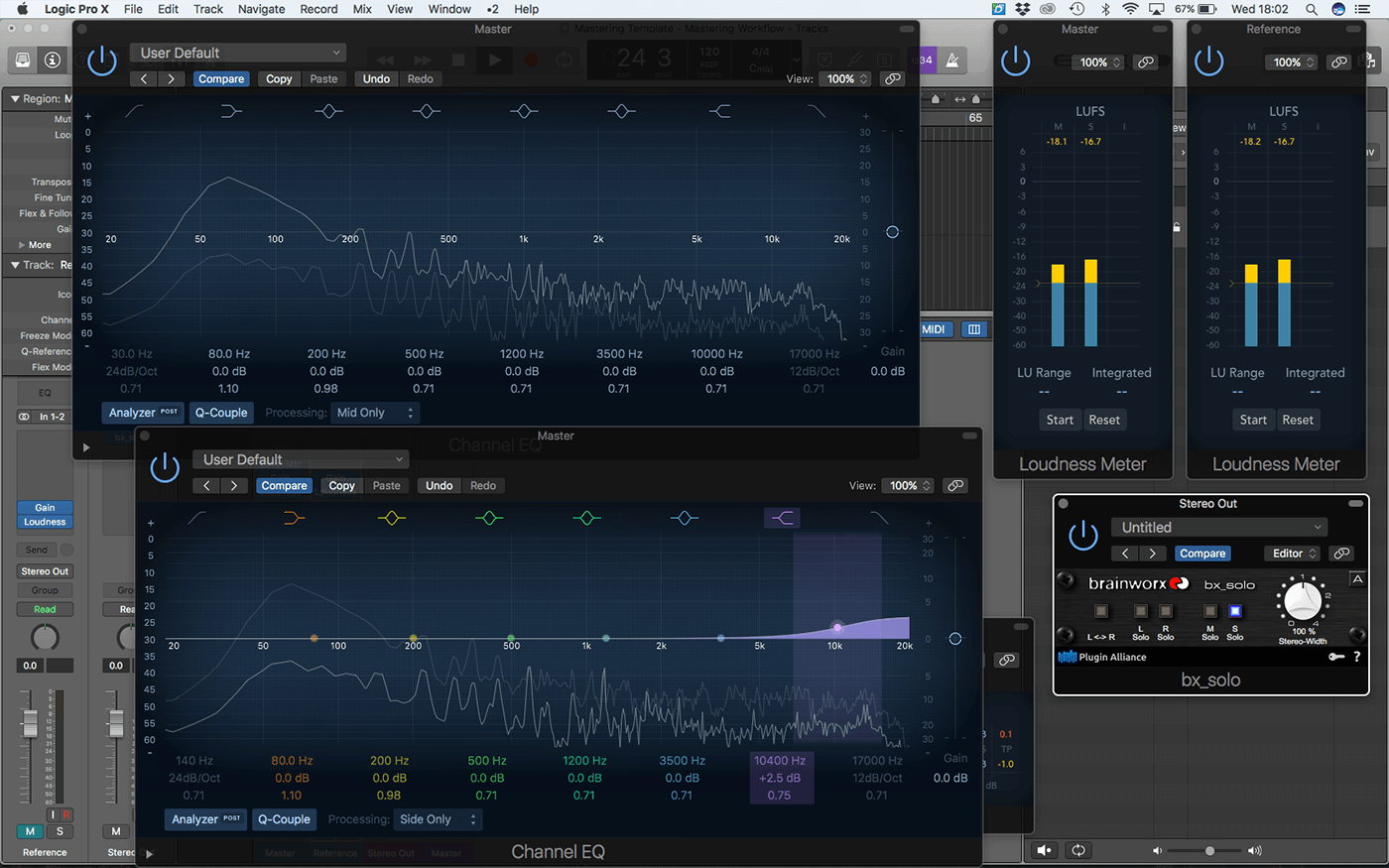 6. Starting with the Side channel, apply an ‘air’ lift around 10-12 kHz. Notice how the EQ is only lifting the sides of the mix, accentuating details like the reverb rather than the entirety of the sound. 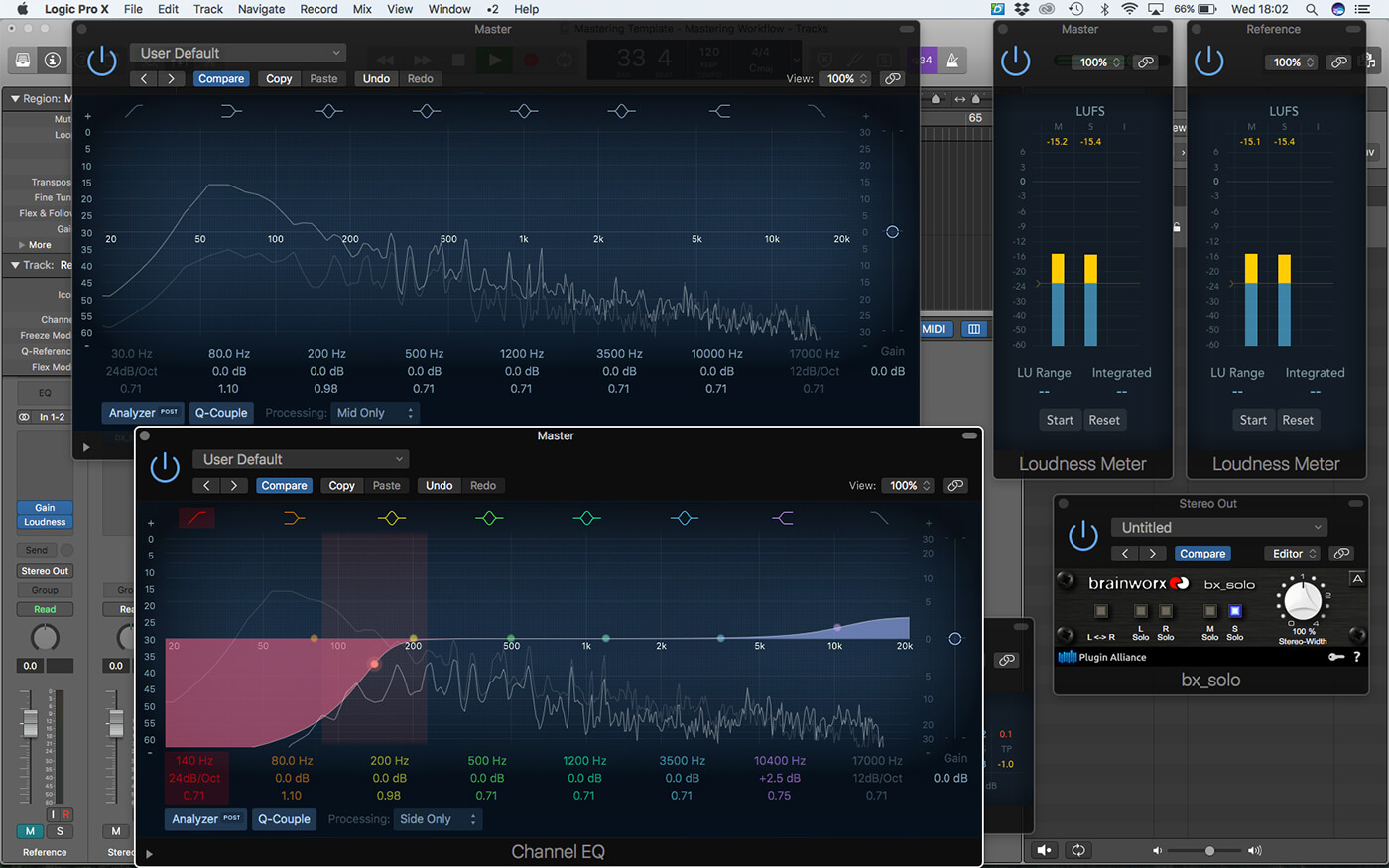 7. Apply a heavy high-pass filter cut on the low-end of the Side channel. This might sound extreme with the Side channel in isolation, but in context, the effect is a bass end that’s far more mono-focused. 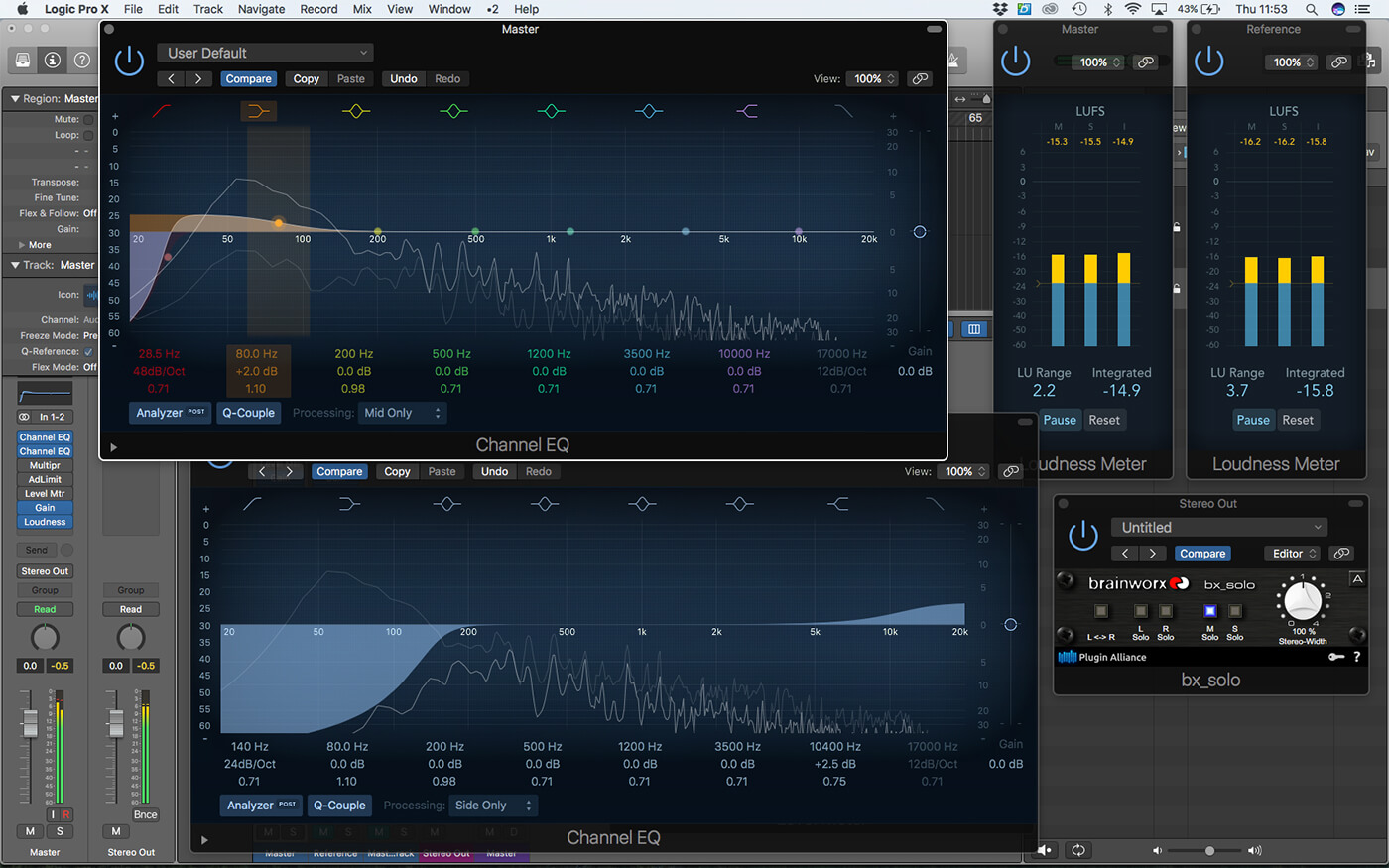 8. Given the extra space you’ve created, you could lift the bass in the Mid channel around 80Hz. To keep the low end tidy, this EQ setting could also be combined with the high-pass cut around 30Hz. 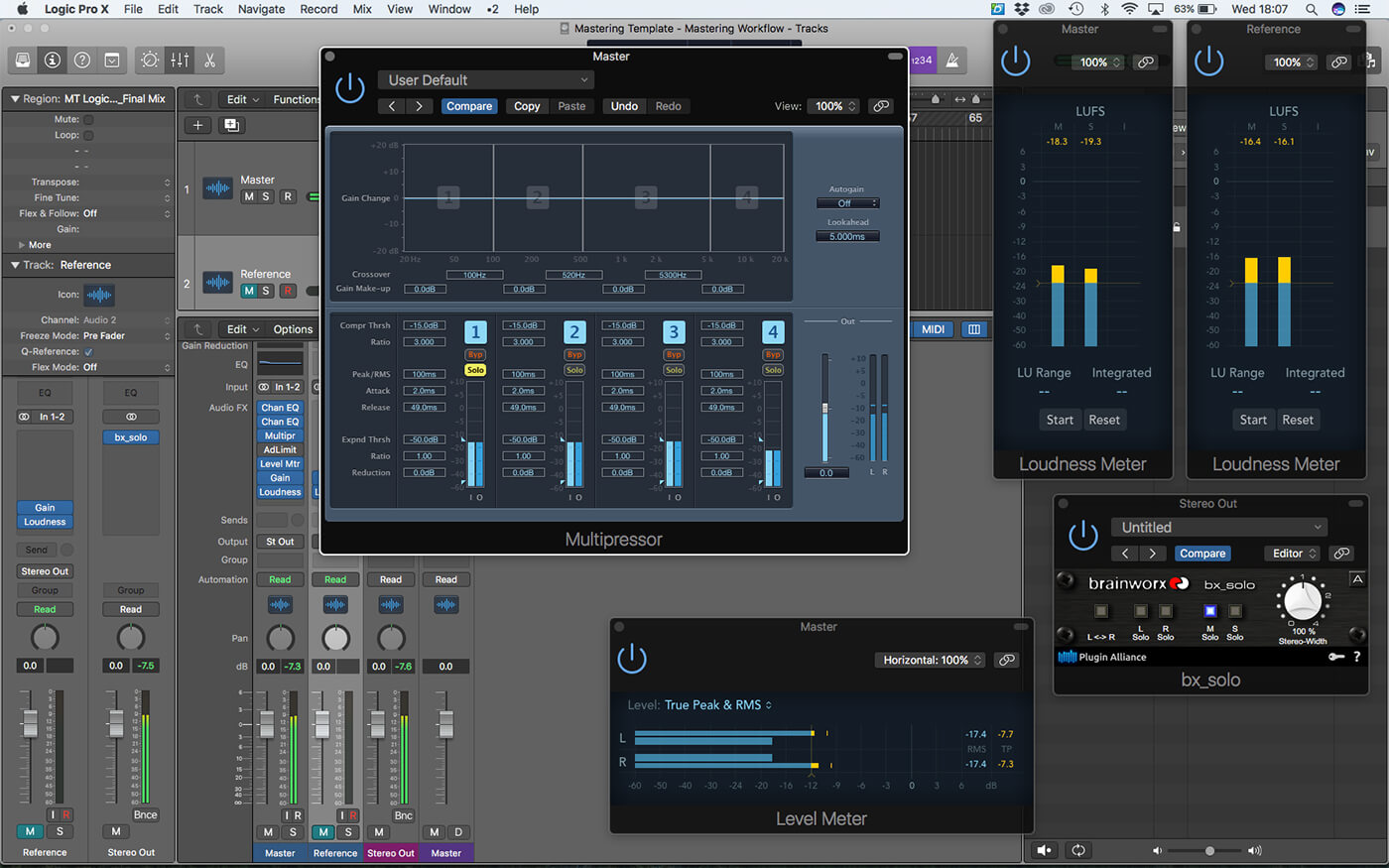 9. Now let’s turn our attention to the Multipressor, which modifies both dynamic and timbral qualities of the master. Solo each of the bands to hear how the track is currently being deconstructed.

REFERENCING CORRECTLY The two Gain plug-ins (which are pre-Loudness metering) let you adjust either the Reference or Master to adjust for Loudness discrepancies. You might want to attenuate a commercial reference, for example, if it’s noticeable louder than your source, or alternatively, attenuate the Master track to properly compare it with unmastered version – otherwise, you might just be making the master louder, not better! 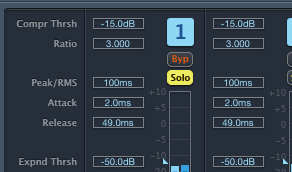 10. Like M/S EQ, multi-band compression is a great ‘precision’ tool. Here, we’re working with the low band, setting the ratio to about 2:1 and then lowering the Threshold so that the gain reduction starts to be applied. 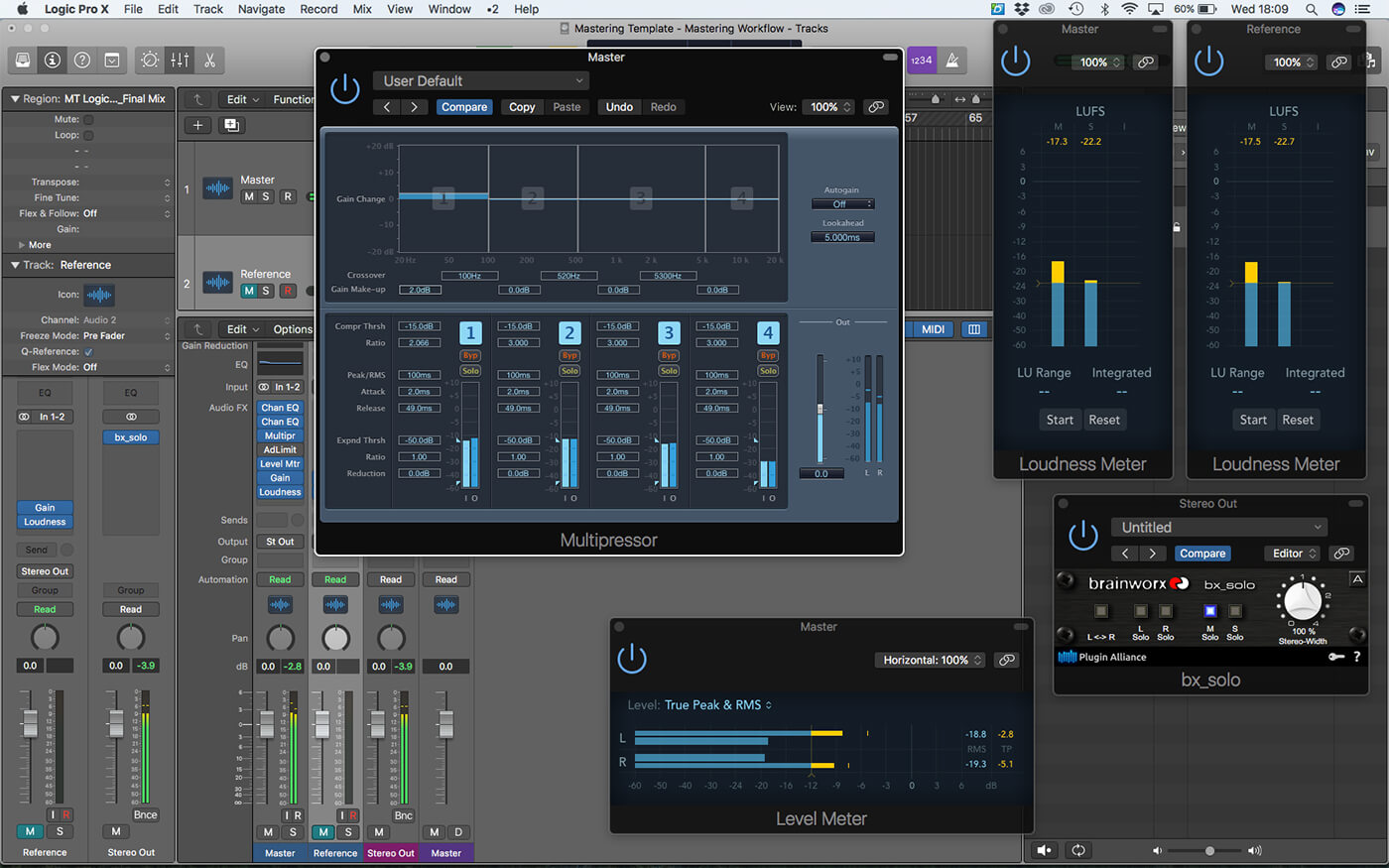 11. The gain reduction attenuates the signal level and reduces the dynamic range of the low end. Adding a small amount of Gain Make-up restores the level and gives the low end a tighter, punchier sound than before. 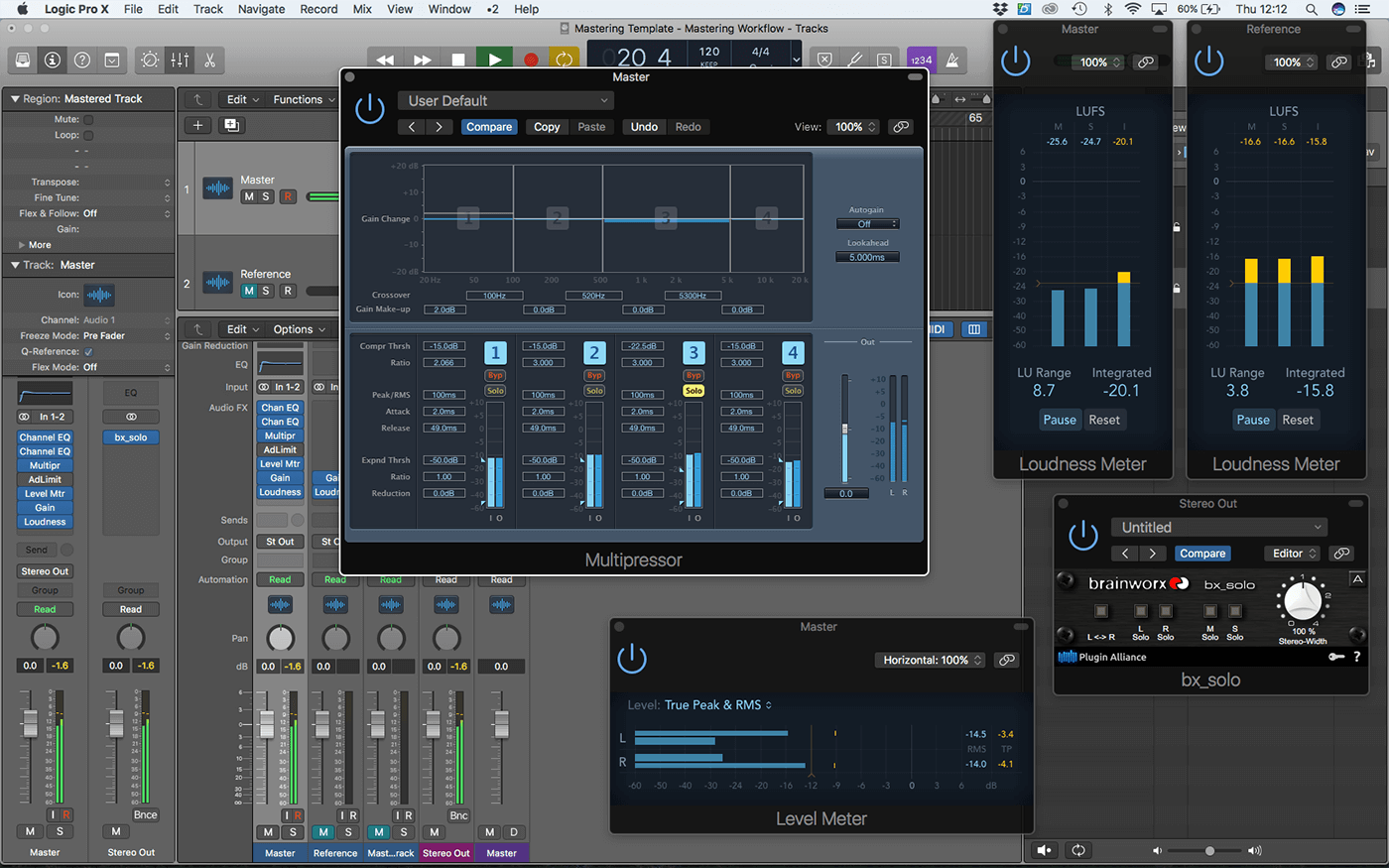 12. You don’t need to use all the bands, of course, but we’ve also worked on the high mids, just to tame some of the aggression in that area. No Gain Makeup is applied in this application. 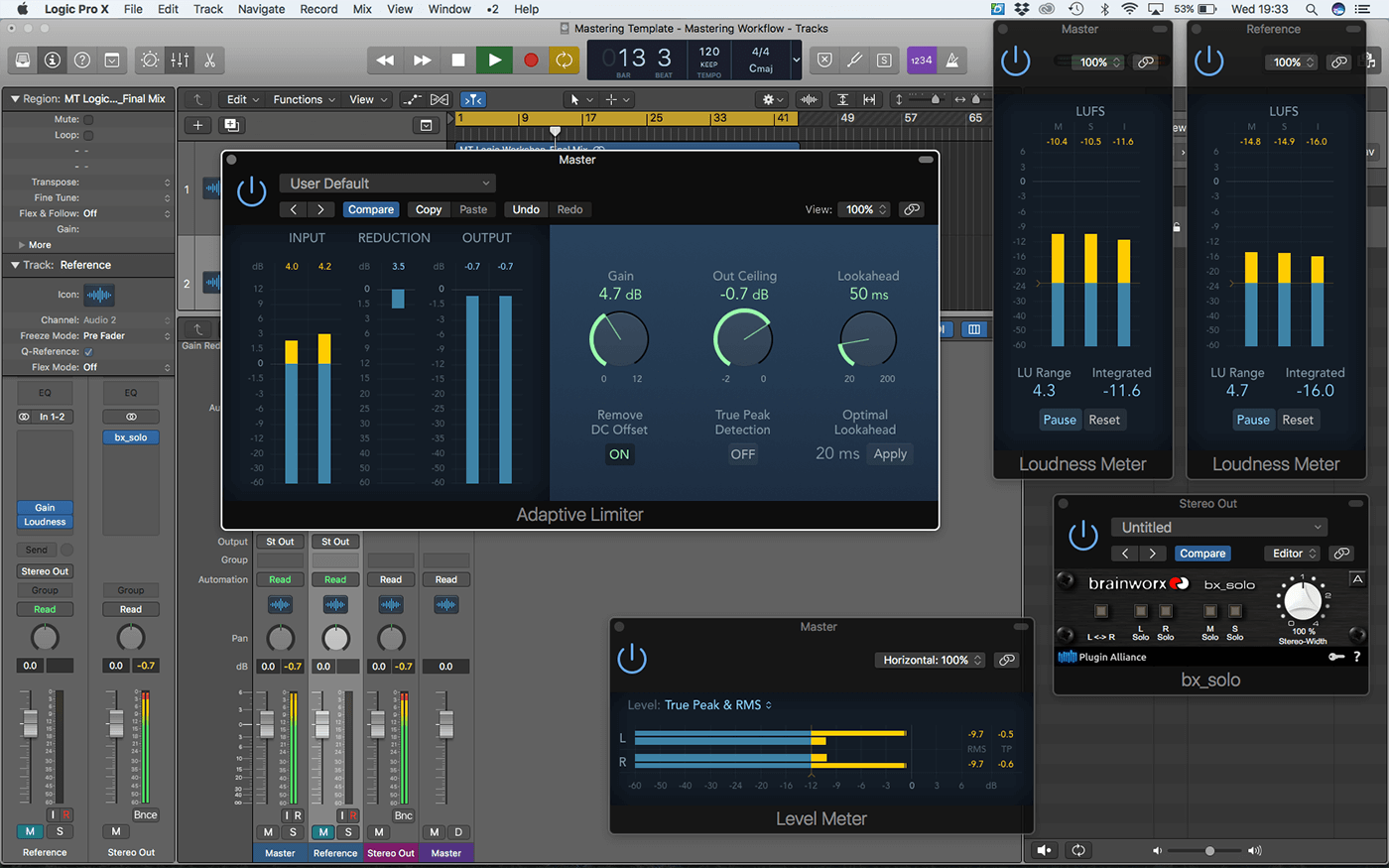 13. The final stage, of course, is the Adaptive Limiter. As with our last tutorial, increase the Gain to achieve the desired LUFS level, usually around -12 LUFS. Bounce this reference master to disk. 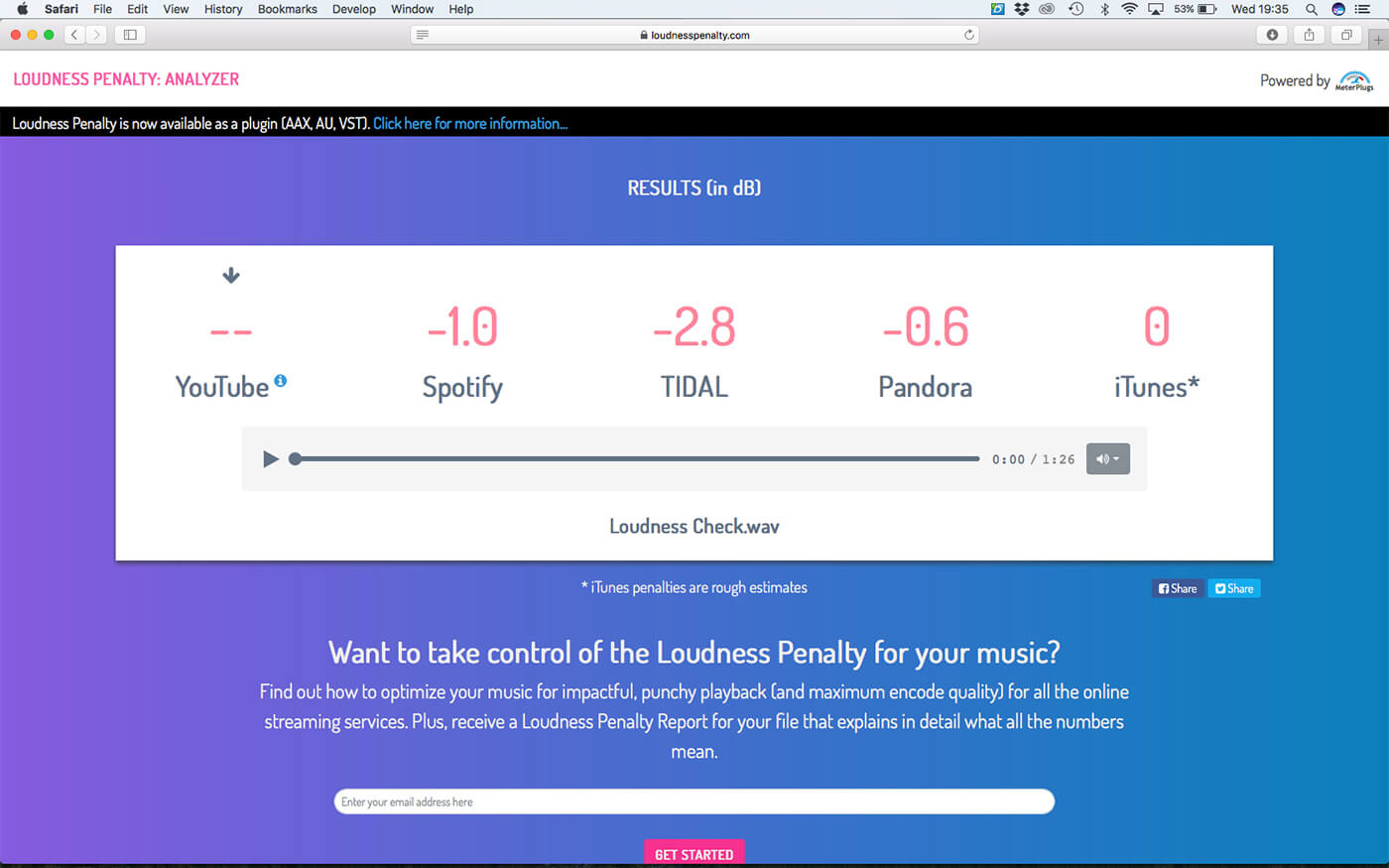 14. Import your reference bounce into the useful website loudnesspenalty.com to see how streaming services might adjust playback to account for the amount of limiting you’ve applied. If you want, adjust the limiting in response to your findings. 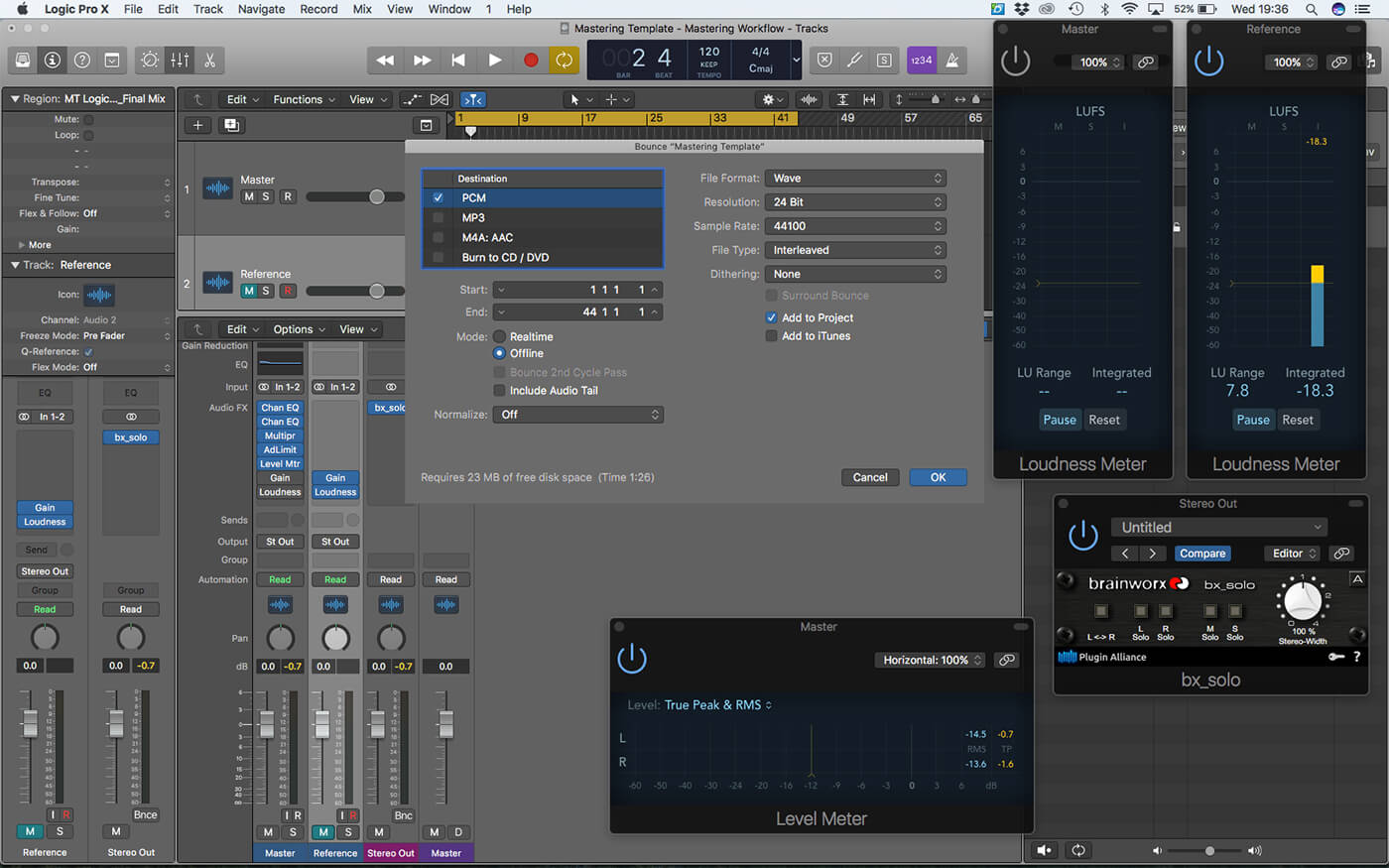 15. You can use the reference channel to compare a less-compressed master – applying the streaming loudness adjustment using the Gain plug-in. Reprint the master if you decide to go for a greater amount of dynamic range. 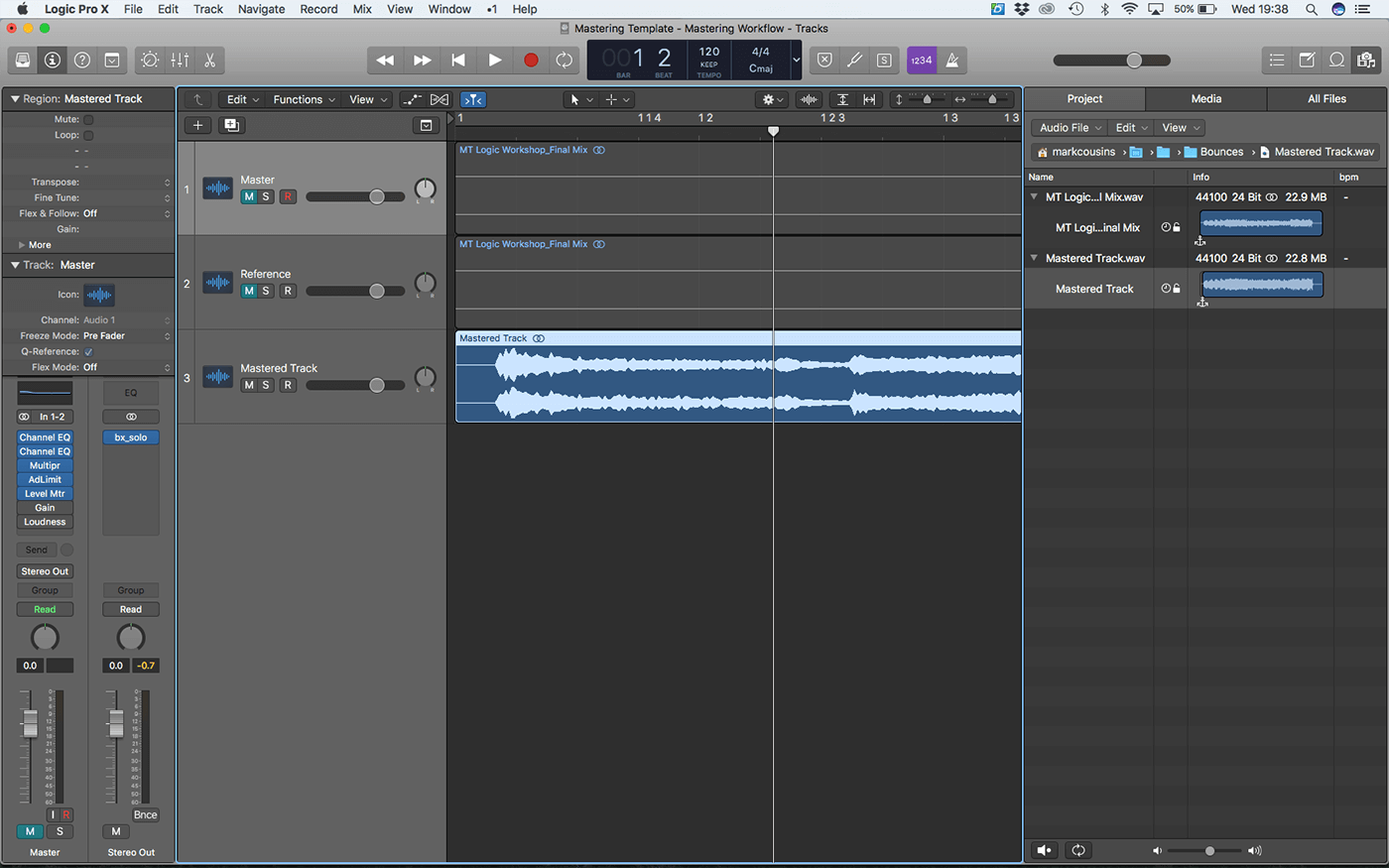 16. Re-import the bounced master into the project and place it on a spare track. Now set a precise start and end point for the audio file. Allow a frame or so of silence at the start. 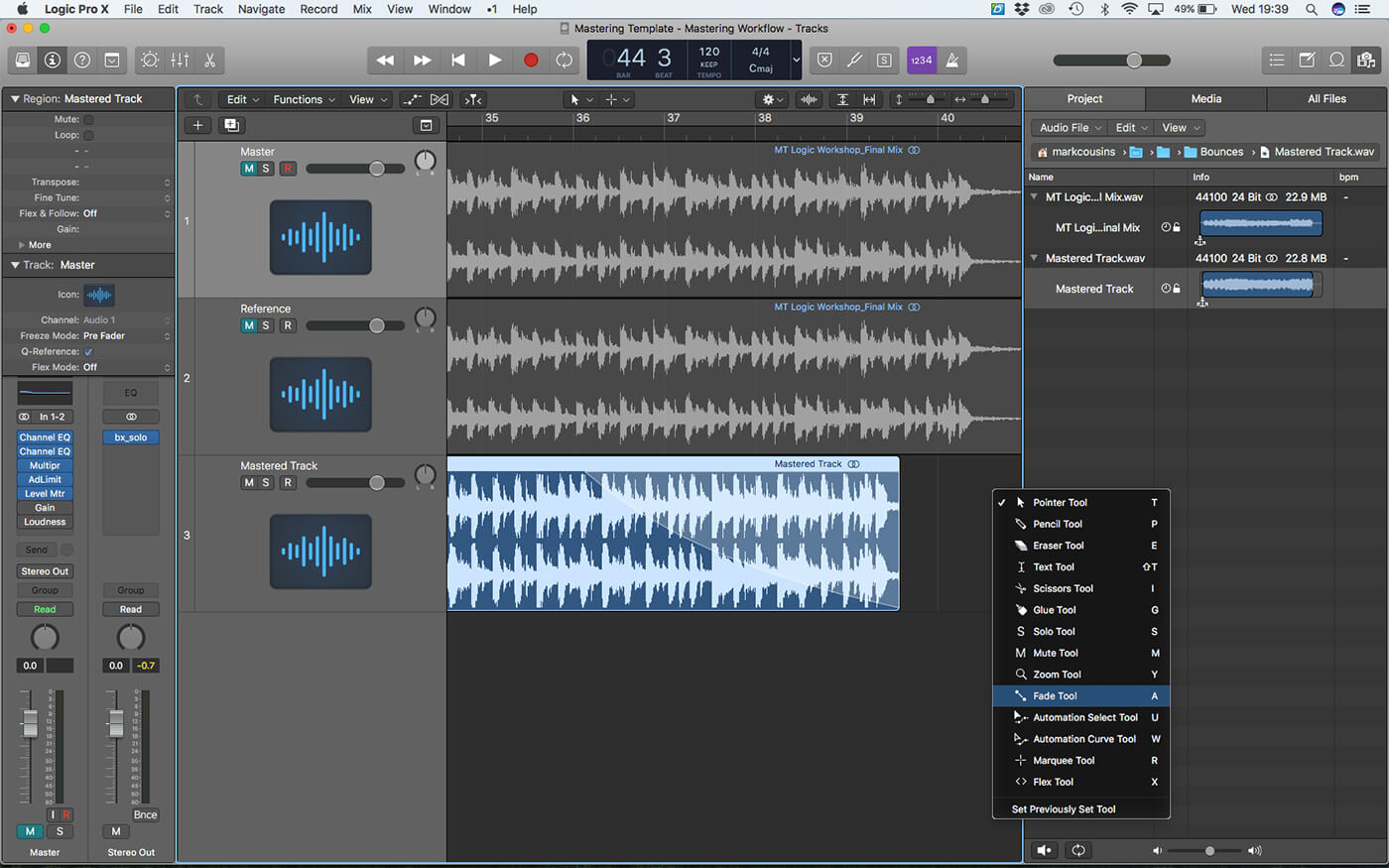 17. A fade out can be applied to the mastered audio file (do not ever try to compress or limit a track with an existing fade out!) using the fade tool. Adjust the curve to achieve the right movement. 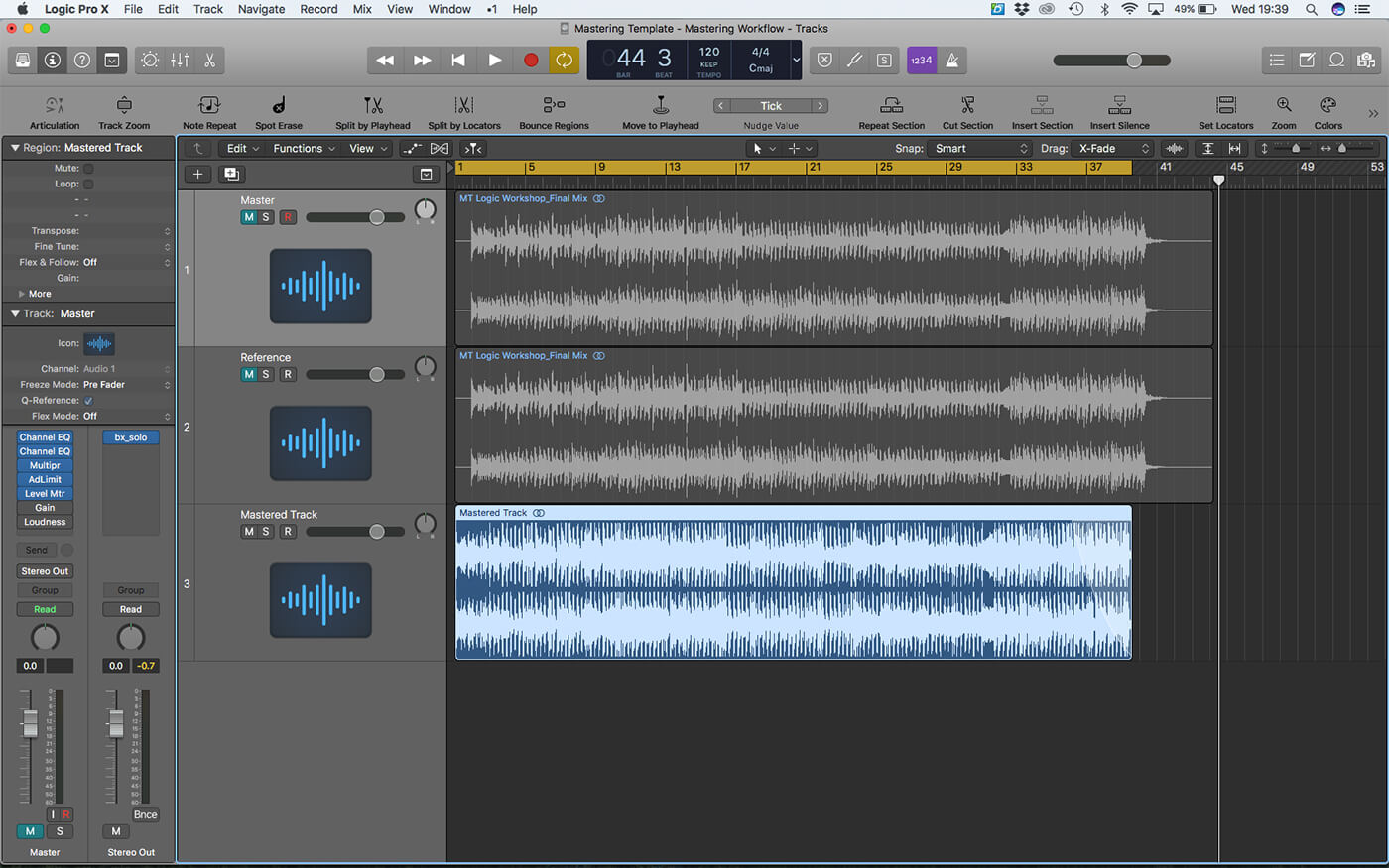 18. Rebounce the master, with the fade and top-and-tailing in place. Use the Set Locators feature on the Toolbar to precisely set the duration of the bounce to be equal to the size of the region.