With a growing number of hardware synthesisers now available, it’s never been a better time to welcome some of these wonderful external devices into your Logic setup. Mark Cousins gets connected… For a generation that’s grown up using instrument plug-ins for the majority of their production work, the prospect of integrating a hardware instrument can […]

With a growing number of hardware synthesisers now available, it’s never been a better time to welcome some of these wonderful external devices into your Logic setup. Mark Cousins gets connected… 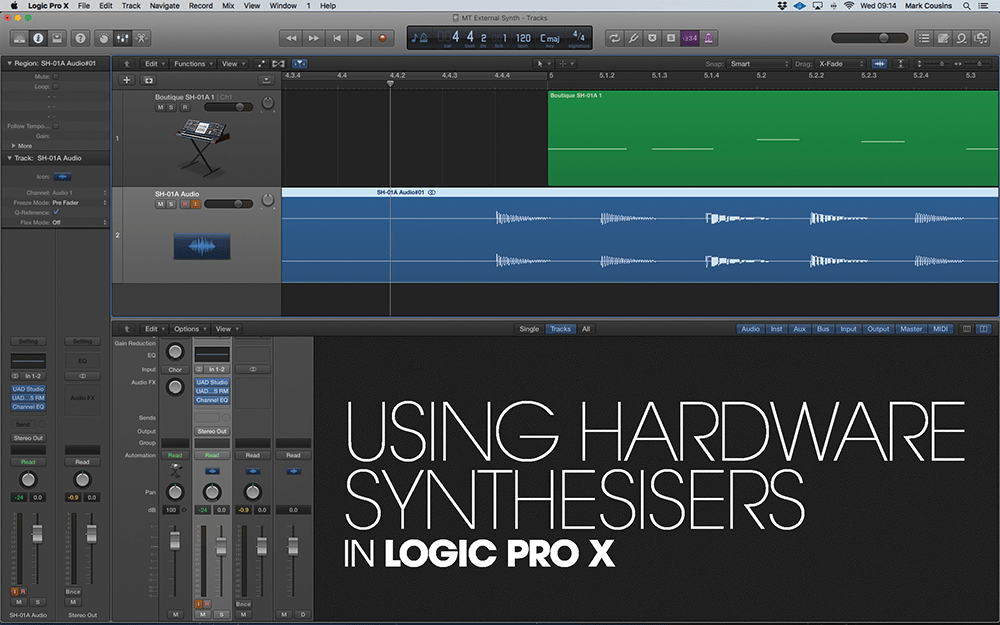 For a generation that’s grown up using instrument plug-ins for the majority of their production work, the prospect of integrating a hardware instrument can be slightly daunting.

In truth, many of us have got used to the ease and convenience of plug-ins, but those that are rediscovering hardware synths have noted both the sonic improvements as well the creative benefits that a greater use of hardware offers.

The key point is your Logic workflow requires a different approach to that of virtual instruments, negating certain limitations placed by hardware, but also embracing a wealth of new creative opportunities.

As we’ll see in the walkthrough, there are two distinct approaches to working with External MIDI instruments, each bringing their own set of advantages and disadvantages.

Put simply, the process is more taxing, because we need to factor two routes – the means of routing MIDI data out of Logic to be received by your chosen synthesiser, and then conversely, the route taken to return its audio output back into Logic’s mixer.

Configuring these two routes arguably makes the process twice as hard as that of virtual instruments, but what you lack in immediacy, you’ll soon make up for in sheer sonic pleasure!

The classic approach to using hardware synthesisers is to create two tracks – one External MIDI track to route MIDI data out to the synth in question and a corresponding audio track to route its output back into Logic.

Using Auto Input monitoring, you’ll hear the output of the synthesiser irrespective of whether the track is in record-armed or not and you’ll be being able to add additional plug-in effects to the synth’s output to make the sound completely mix-ready.

Implicit with the use of hardware synthesisers is the fact you’ll ultimately need to record the audio information into Logic; unless, that is, you intend to recall the same synth patch every time you load the Project.

Recording the output of the synth will, of course, hinder your ability to change elements of the sound and performance later on, but I find the process of actually committing a sound ‘to tape’ can actually sharpen your creative mind.

I usually hedge my bets – recording a few variations so I can switch between them at a later point, or even making a composite sound with the same part tracked slightly differently.

The top level, therefore, looks and works like a MIDI sequencing track lane, with the External Instrument plug-in then routing the MIDI out to an external instrument, which is then returned via an assigned audio input. The mixer track, of course, works just like a virtual instrument, letting you instantiate both audio and MIDI plug-ins.

The only catch with using the External Instrument plug-in is recording the synth part back into Logic. One solution is to return to the approach outlined above, creating a new audio track with the input set to match your synthesiser’s output.

Bouncing to disk is also possible, but you’ll need to remember to render the bounce on Realtime (rather than offline) and that the Bounce In Place functionality (for region-by-region bouncing) won’t work with instruments set up in this way.

Beyond the basic ins and outs, there’s a whole series of additional ways your hardware can better integrate with Logic. For example, many hardware synthesisers incorporate step-time sequencers, clockable LFOs and arpeggiators, which can be locked to Logic’s tempo using MIDI Clock.

One of the original ideas behind Logic was that you replicate your hardware setup (which at the time, was the studio) in the environment of your DAW or, in those days, computer-based MIDI sequencer. With the return of hardware synthesisers, there’s never been a better time to rediscover this fundamental part of Logic Pro X. 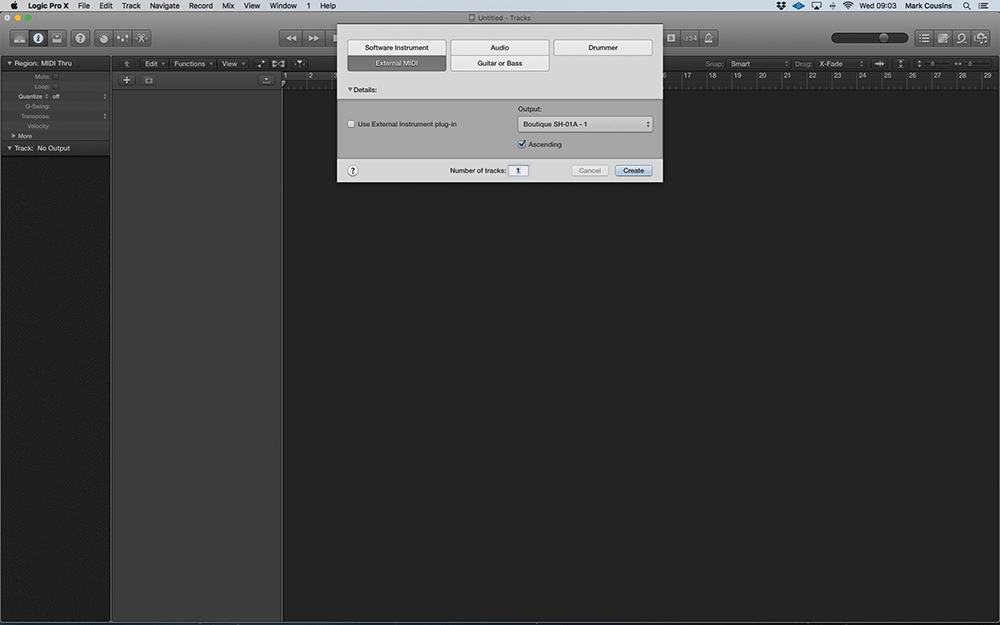 1. There are two ways of working with external instruments. In this first example, start by creating a New External MIDI track with the Output set to the corresponding MIDI output of your instrument – in this case, a USB connection. 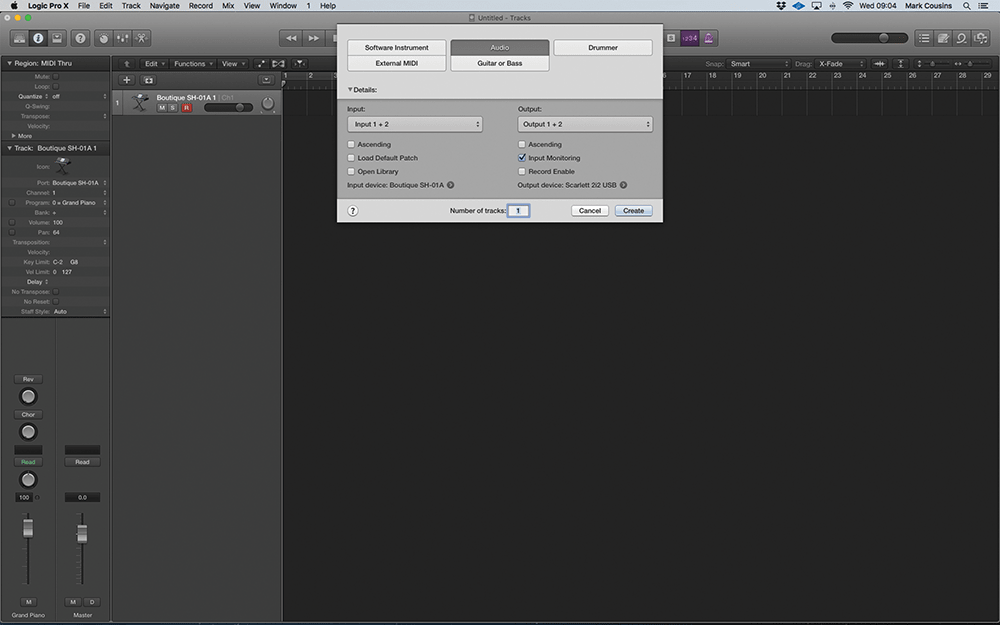 2. Next, create a new audio track that will act as the audio return from your hardware synthesiser. Set the Input to the corresponding Input on your audio interface that the synth is plugged into. Check Input Monitoring is enabled. 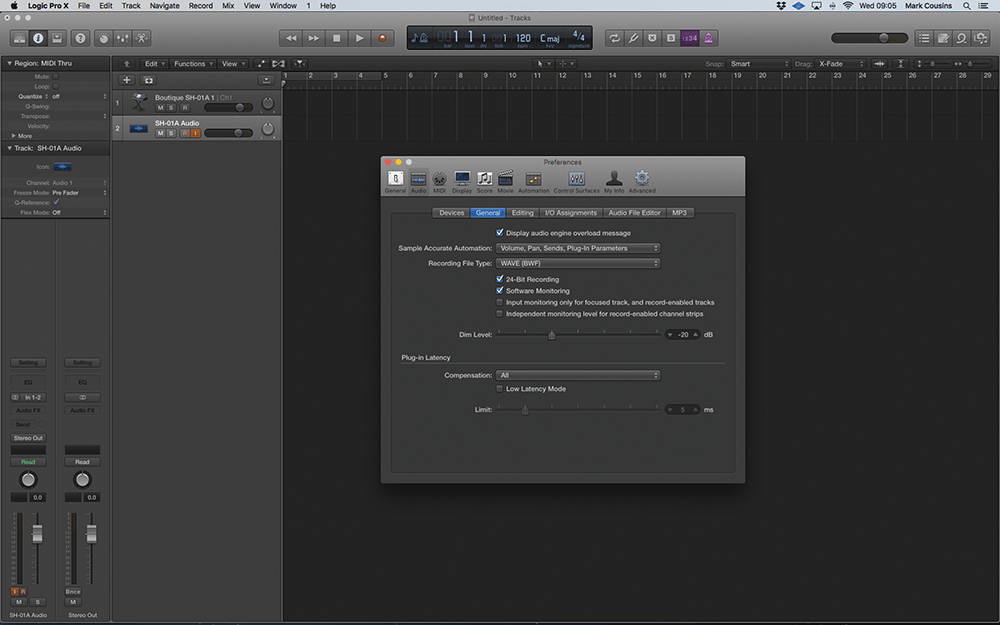 Add a MIDI editor Adding a MIDI Editor is useful for ensuring dynamic parameter changes – like movement to the filter cutoff – can be recorded in and displayed onscreen. You may also find it easier to access some of the more obscure, possibly menu-driven controls from an onscreen editor. 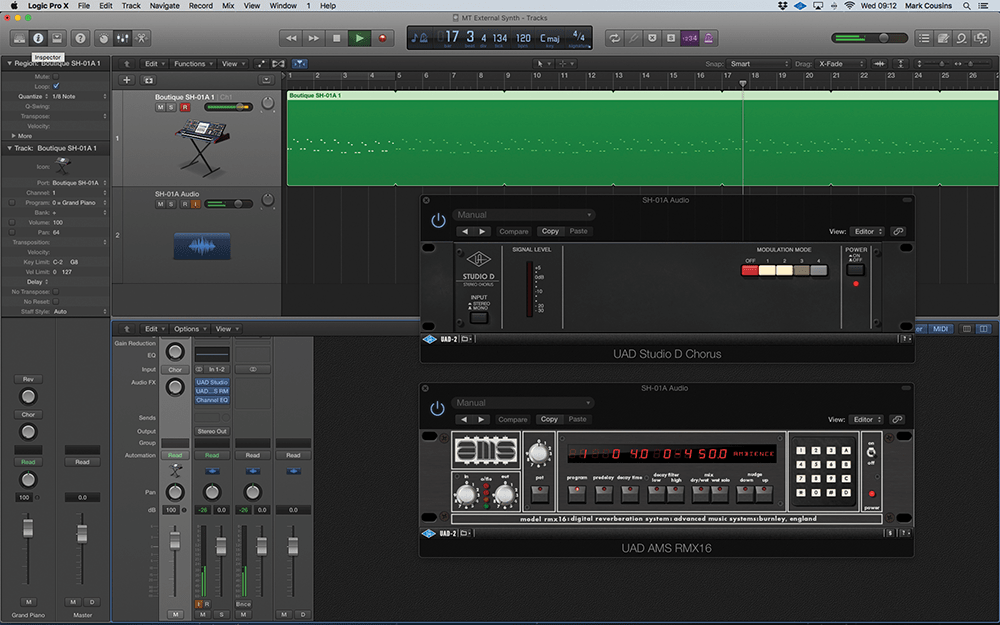 4. This should now be your working setup. MIDI information is recorded in the uppermost External MIDI track, while the synth is returned to the adjacent audio track, where you can add additional plug-in effects like reverb or chorus. 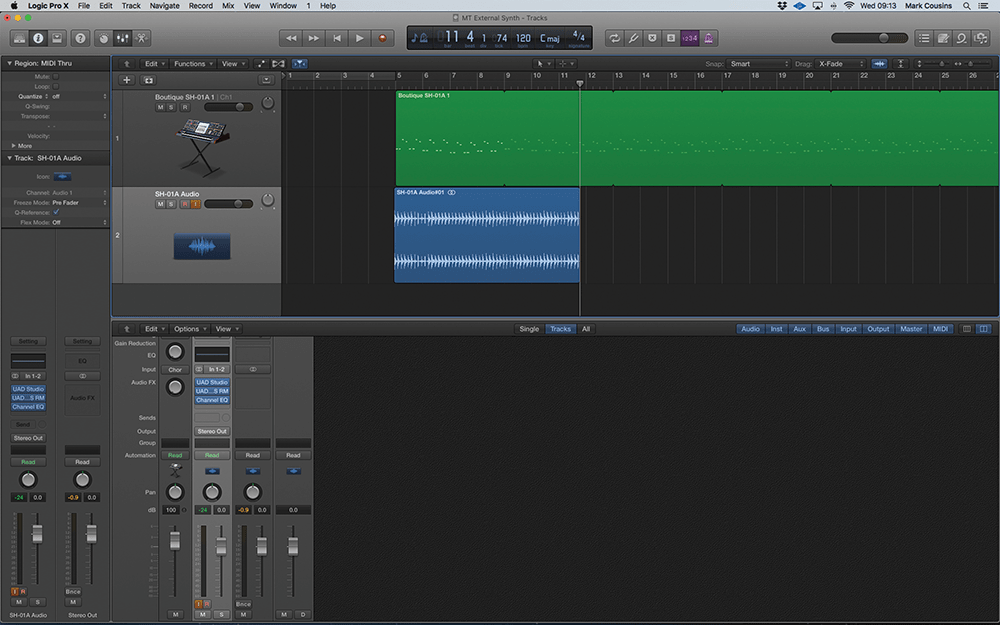 5. Unless you want to keep the synth running live in the mix, you’ll want to print the final part as audio. As well as recording the part straight, try recording another pass where you actively modulate some parameters by hand. 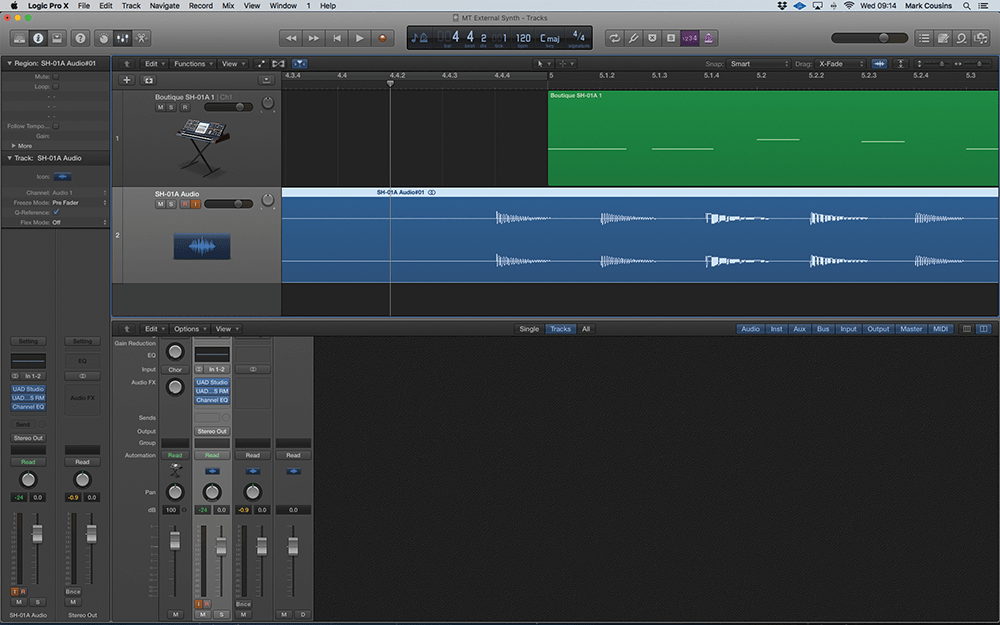 6. One thing you might notice is that Logic outputs MIDI data ahead of the beat to account for monitoring playback delay. The recorded part will therefore need to be realigned for it to subsequently play perfectly in time.