Continuing our Cubase Power User series we look at insert effects and score presets… Setting up Insert Effects 1: Having worked on projects in which all of the tracks feature the same performer using the same equipment, I often find myself using the same series of inserts on every track as they are being recorded […] 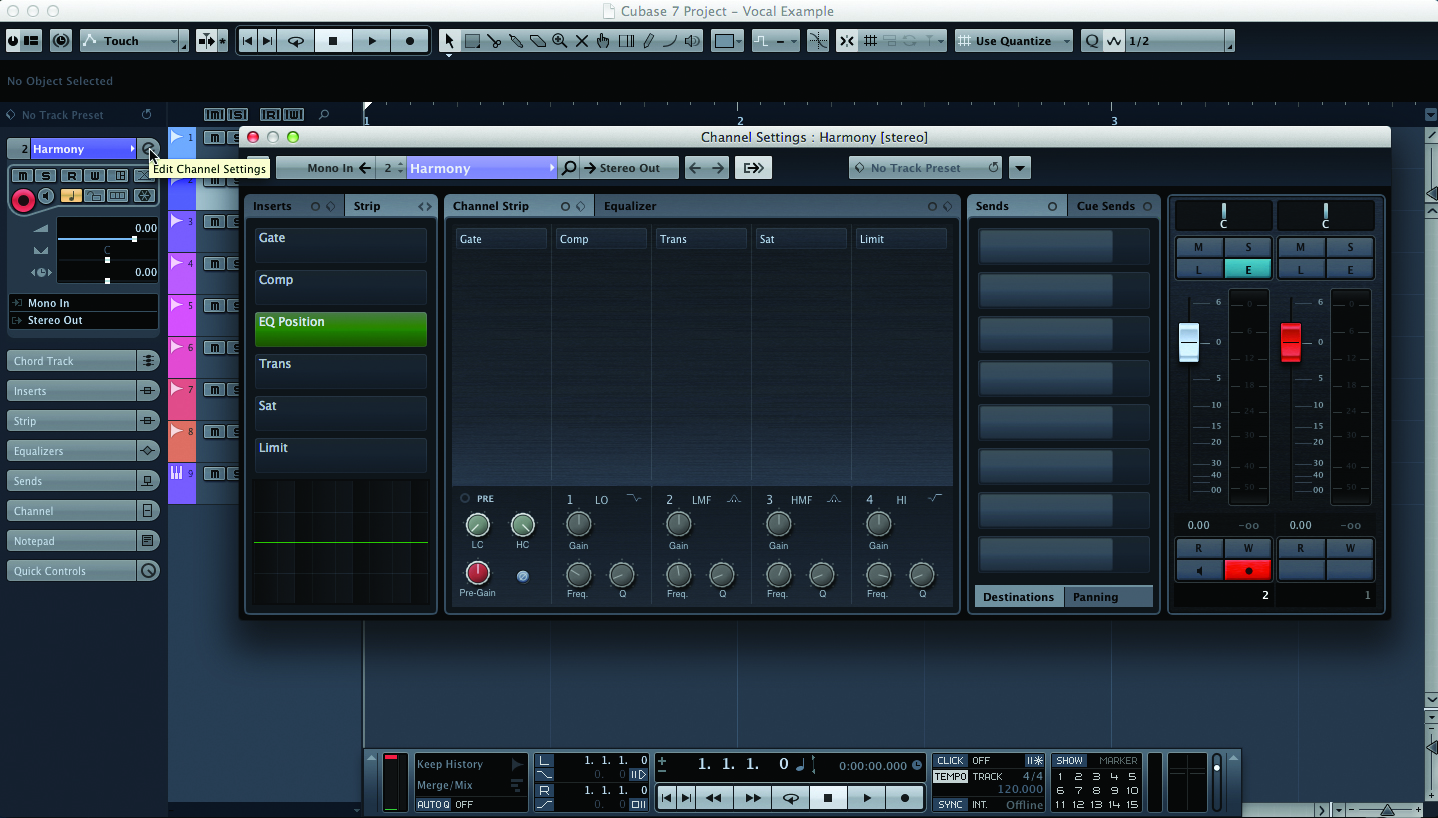 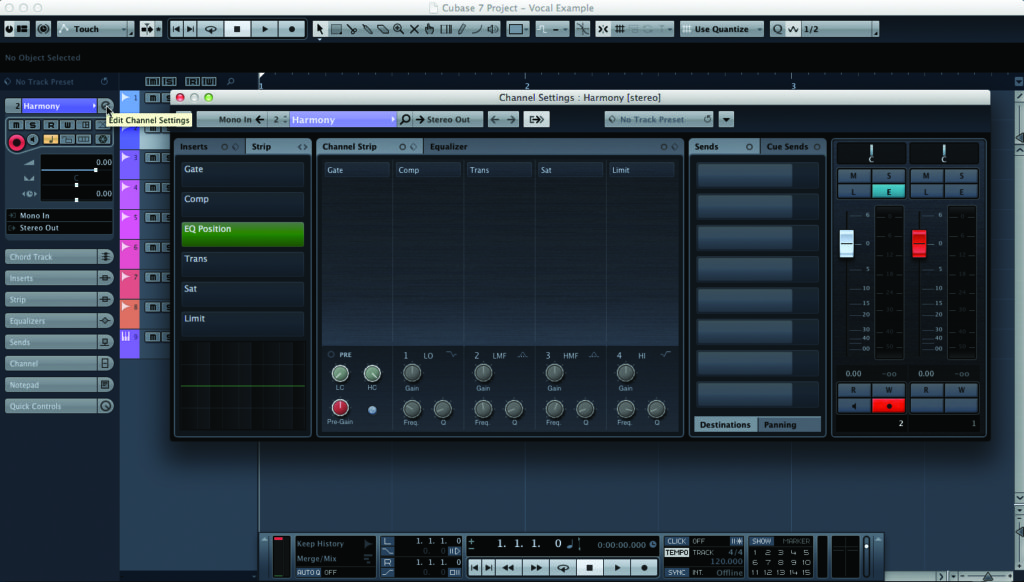 1: Having worked on projects in which all of the tracks feature the same performer using the same equipment, I often find myself using the same series of inserts on every track as they are being recorded to give the basic sound some shape. This can be achieved from the Channel Edit window, which is opened by clicking on the E button in the Arrange window. 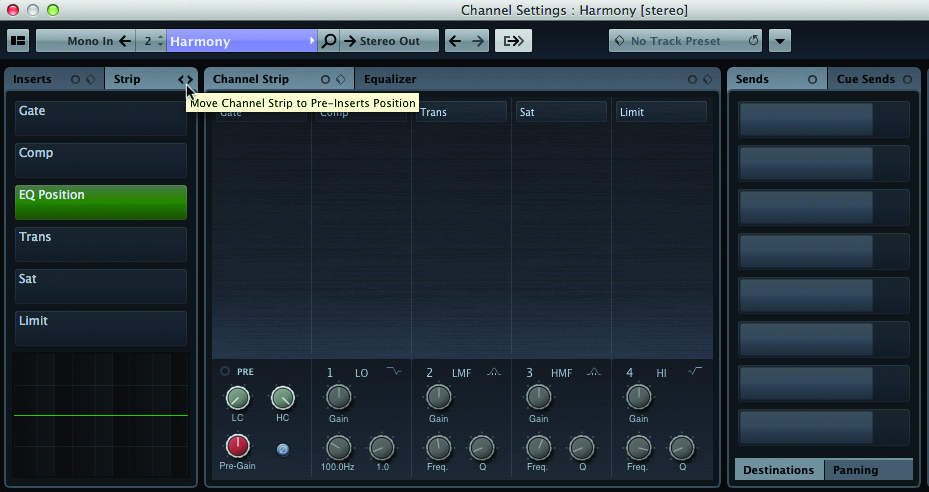 3: Add the effects that you want in the three main areas of the Edit Channel window – Inserts, Channel Strip and Equalisation. If you aren’t sure what you’re going to need, cover the basics with a noise gate, a basic compressor and limiter in the Channel Strip, a delay and basic distortion in the Insert section, and a basic high-pass filter in the EQ to remove rumble and background noise.

4: Once you’re happy with your signal chain, you’re ready to save. At the top of each column there is a small cube that accesses preset information. Click on the one above the Insert column and select the option to Save Preset. It will bring up the MediaBay labelling page, which allows you select the ID tags that suit your FX chain. 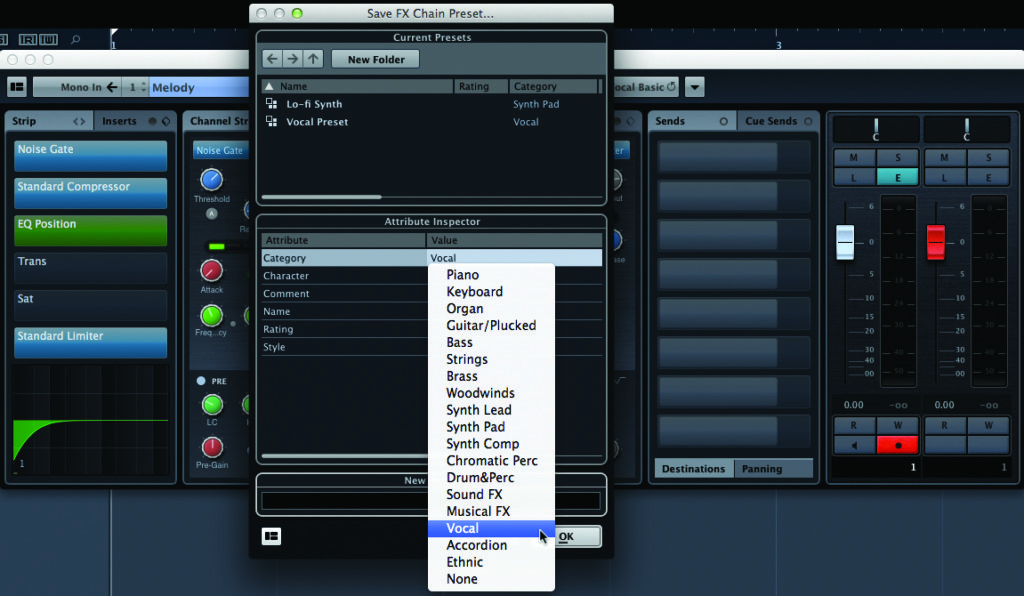 5: Once opened, select the appropriate ID tags – the labels might appear a little awkward for a general audio track, but it does enable you to assign the sort of instrument it might be used on and give it some general terms that will work. Give it a name and press OK. This can then be found in the MediaBay, as well as the next time you open the Edit window and select Load FX Chain Preset.

6: The process can then be repeated for both the Channel Strip and the Equalisation tabs within the Edit Channel window. You can then, if you wish, save the whole track as a preset from the top of the window, which will include all of the above settings. However, it is good practice to save the sections separately first so that they can be used independently if required. 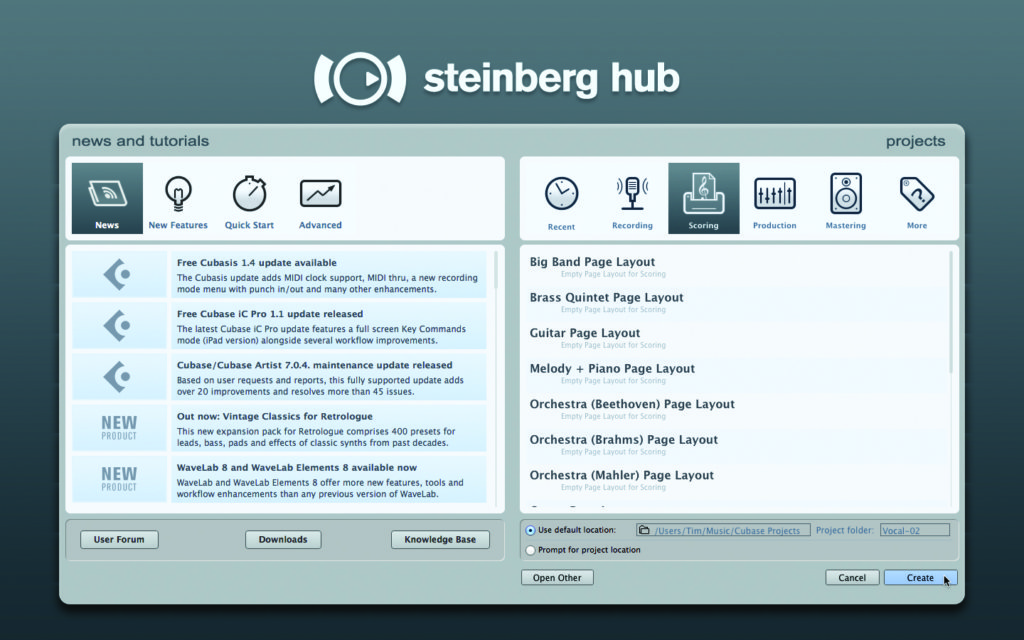 1: It is sometimes forgotten that Cubase can generate musical notation scores and contains some presets for this aspect of the software in the opening window – including some regular ensembles such as big bands and other traditional groups. However, if you are regularly working with unusual ensembles it is worth generating a preset for them as well. 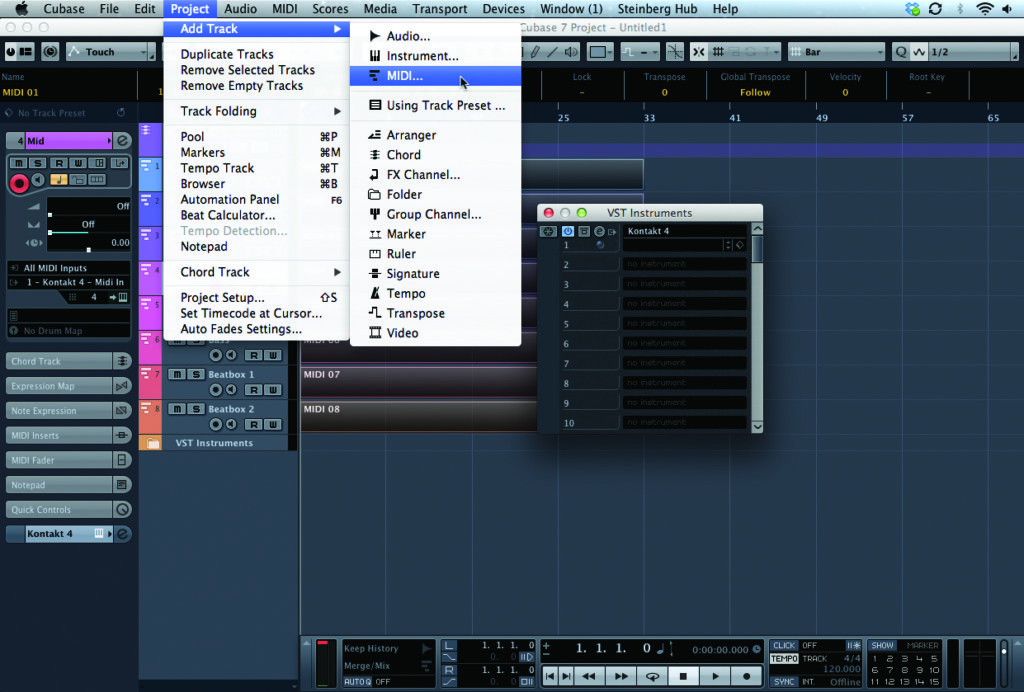 2: The process begins in the same as any other project: load an empty project via the opening screen and set up as many MIDI (or instrument) tracks as you need, then link them to suitable sound sources to hear the arrangement as it progresses. This can be done either via VST Instruments (F11) or the Inspector (when using an Instrument channel). 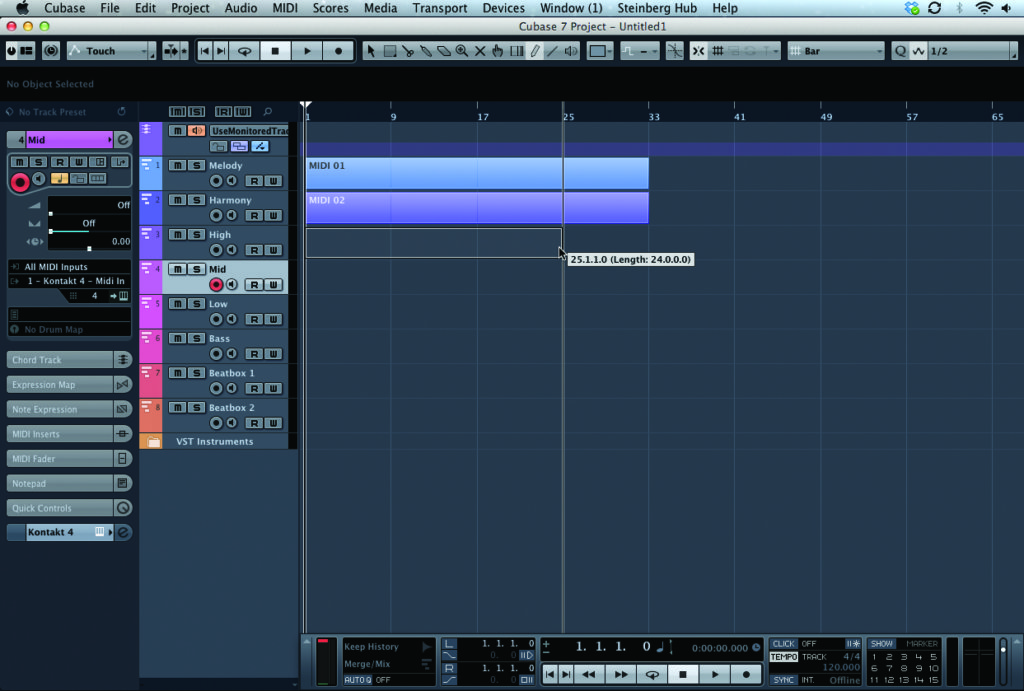 3: When the tracks are all set up, Cubase requires that some MIDI data is present, and you will need to give it some to open up the Score window. Within the Arrange window, select the Pencil tool and draw in enough score to keep you going on each of the tracks. It is best to do this with Snap set to Bar to ensure that you end up with a nice, simple score.

4: The last stage within the Arrange window is to label the tracks so that they appear with the correct name in the Score window. Cubase is quite smart, and if you load a soft synth it will probably work it out and copy it across. If it doesn’t you can override it – double-click on the existing name and label it appropriately. 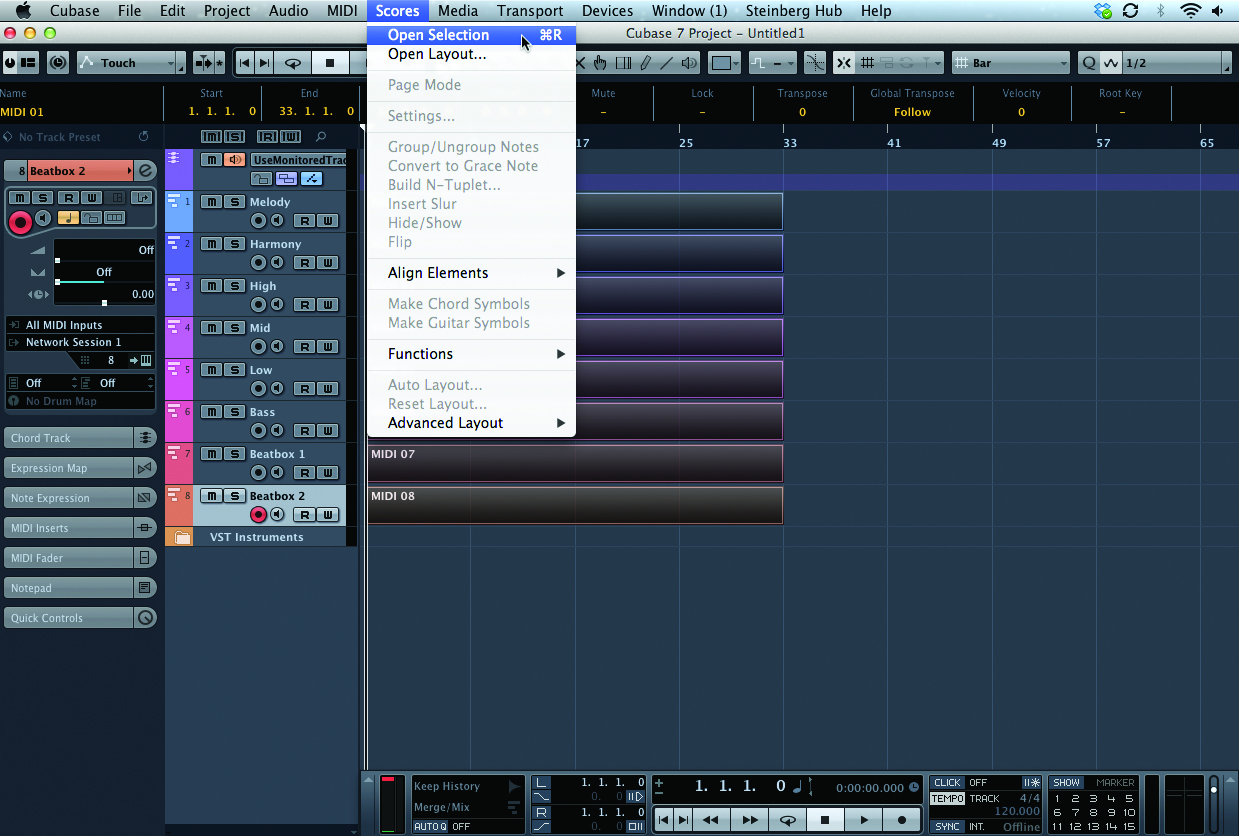 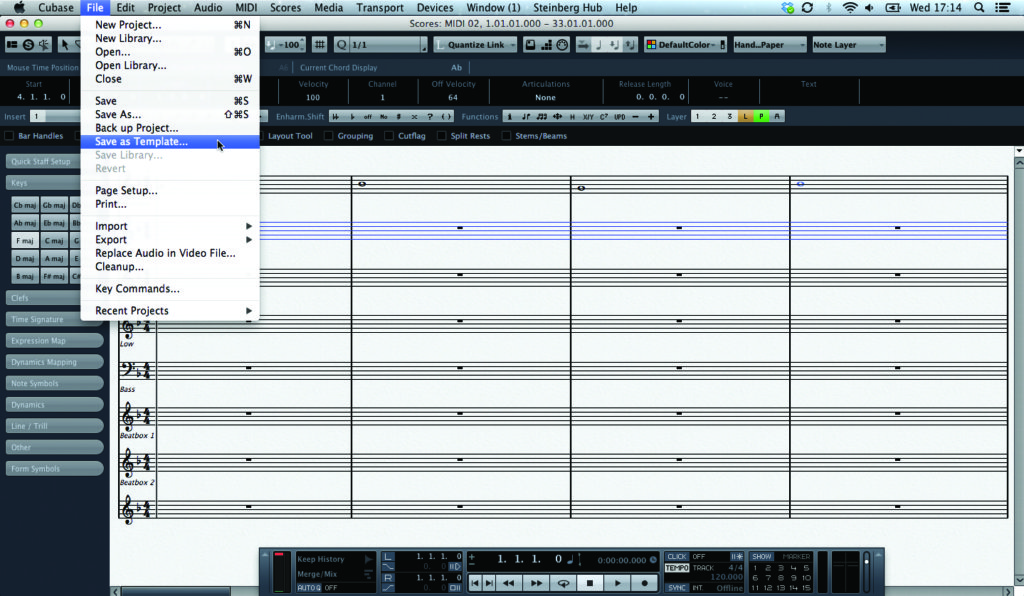 6: Once the Score window is open, resize it to fill the screen and keep it open. From here, repeat the process described earlier by selecting File>Save as Template. After you have given it an appropriate name, save it and close it. It should, when re-opened, reappear as it did previously, with the Score window open and including the empty MIDI data tracks.
#DAWs#Steinberg Cubase