We’re continuing our guide to recreating sonic history and this time we’re going to show you how to recreate ‘Revolver’ drums and Abbey Road bass. Make sure to sate your Abbey Road fix with our massive access all areas feature. Step-by-step: Revolver drums 1. Begin by using a simple two–mic setup with an overhead mic roughly […] 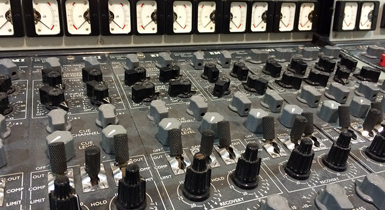 We’re continuing our guide to recreating sonic history and this time we’re going to show you how to recreate ‘Revolver’ drums and Abbey Road bass. Make sure to sate your Abbey Road fix with our massive access all areas feature. 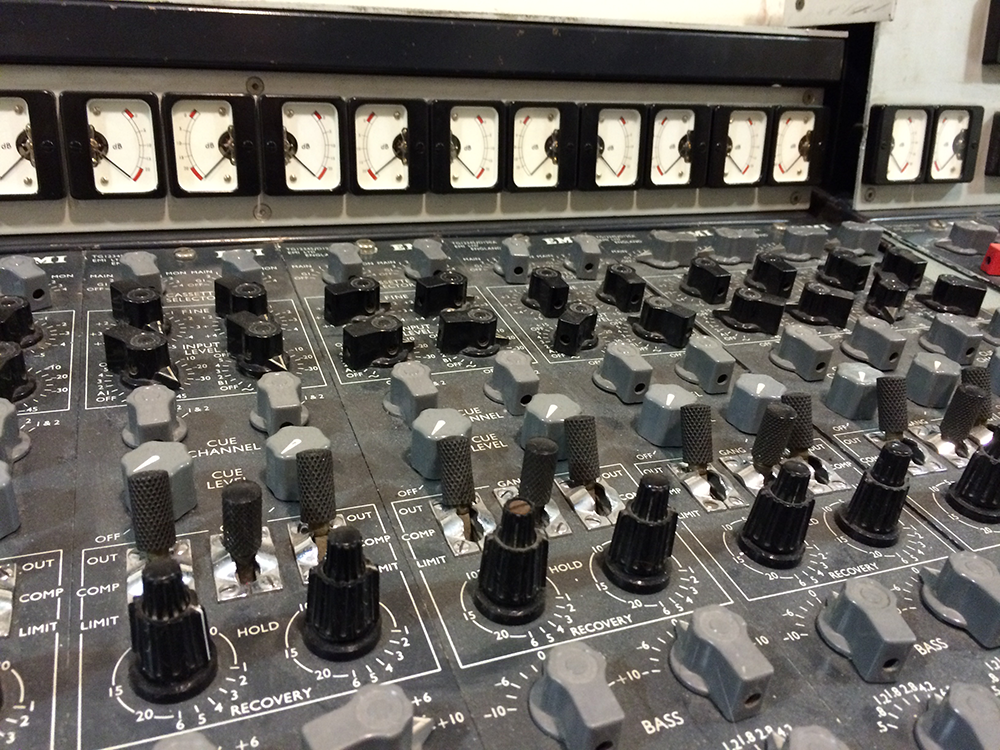 1. Begin by using a simple two–mic setup with an overhead mic roughly at head height to the drummer, pointing down towards the snare drum and rack tom. An inexpensive AKG D19c was originally used; a modern-day equivalent would be a Shure SM57 or similar multi-purpose dynamic mic. 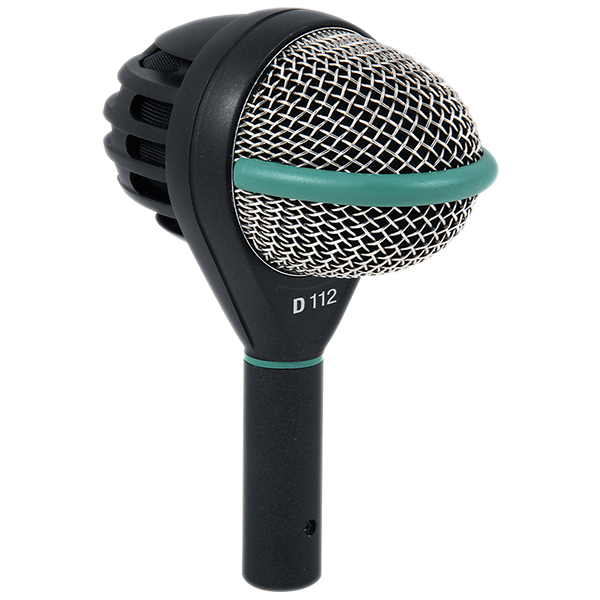 2. A dedicated kick-drum mic, such as the ubiquitous AKG D112 – grandson of the AKG D20 originally used – should be placed close to the resonant (front) bass-drum head, raised two or three inches off-centre. Use this position even if the front head has been removed, rather than placing the mic right inside the drum shell.

3. For extra snare-drum crispness, try placing a third mic underneath the snare, around five-to-six inches from the snares. A small-diaphragm condenser is ideal; however, another SM57-style dynamic will do the trick. A highly tuned batter (top) head with some dampening produces the most convincing sound.

4. Send the two or three mic channels to the UAD Fairchild 660 limiter, with the Time Constant control set to position 1. This fastest setting – 0.2ms attack/0.4sec release – produces the characteristic pumping/breathing effect. Adjust the Input and Threshold control until the VU meter swings up to and beyond -7dB.

5. Mix the drum channels into the Fairchild, pushing the bass drum hard so that when it strikes, it ‘shuts down’ the signal from the overhead, to produce the explosive dynamic swing reminiscent of the heavier Revolver tracks, such as Tomorrow Never Knows and She Said She Said. 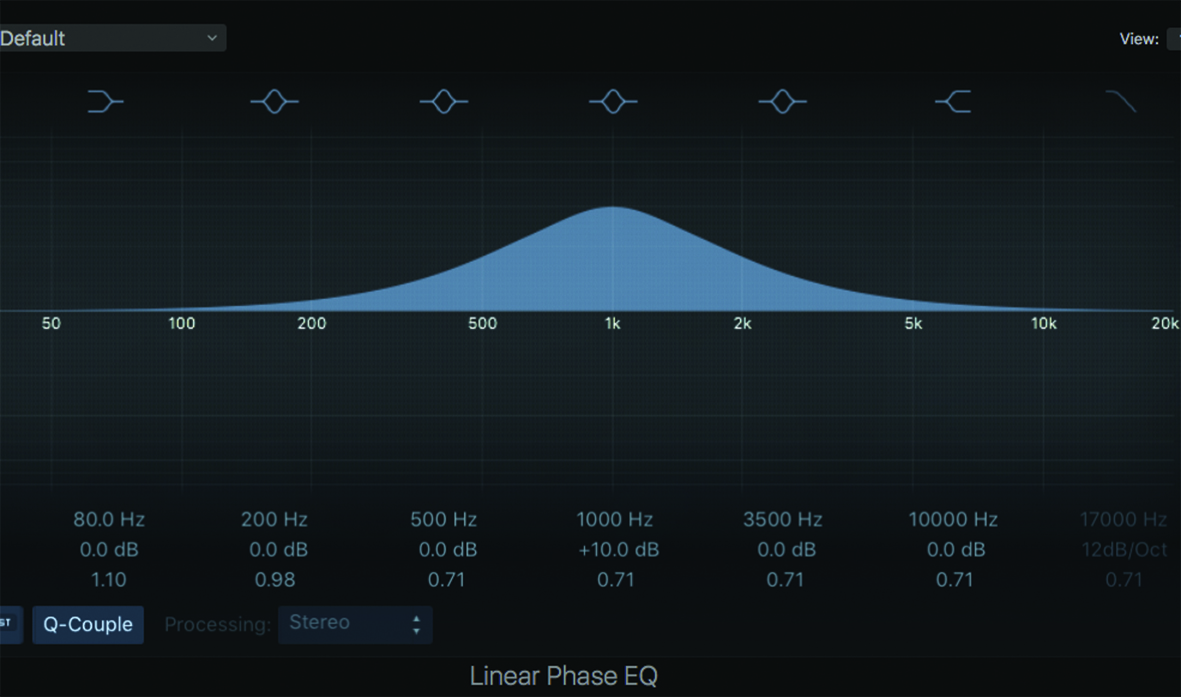 6. With a satisfactory pumping sound achieved, sharpen up the blunted-transients effect produced by the Fairchild by sending the compressed mono-kit sound to your favourite equaliser. Abbey Road engineers’ preferred setting was ‘10 at 10’ – that’s a 10dB boost at 10kHz. 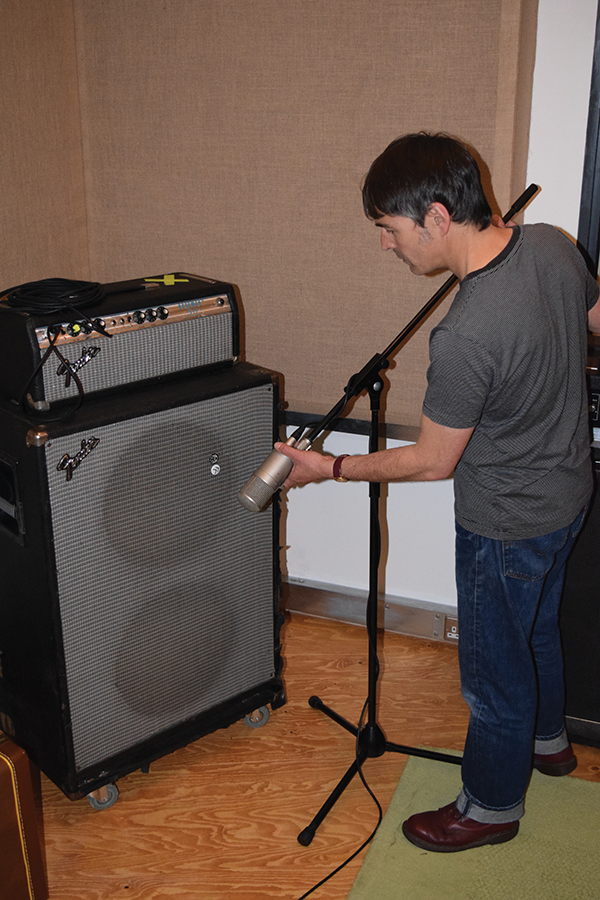 1. Mic the bass cab with a large-diaphragm condenser or dynamic mic with a good low-end response – an AKG C414 (descendent of the C12 originally used) or any bass-drum mic such as an AKG D112 would be ideal. With the mic placed around three feet from the speaker, plug into the solid-state TG Microphone Cassette. 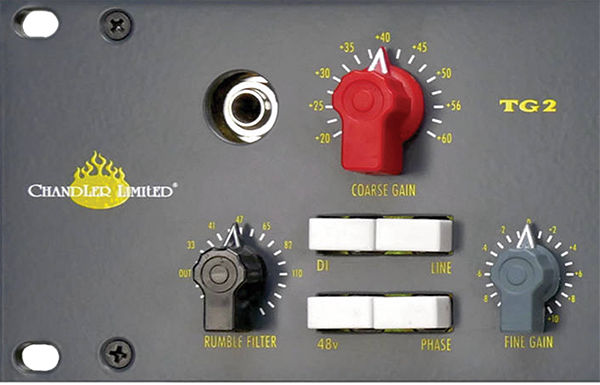 2. Keeping the Output level high for the cleanest tone, adjust the stepped Course Gain control to select a basic, usable signal level, then use the Fine Gain to achieve optimum results. Reducing the Output level while increasing the Input Gain will produce a grittier, hot and overdriven tone.

3. Bypassing the TG’s onboard compressor, send the bass signal to the RS124 Compressor. Adjust Input level and select the interdependent response times by ear. The Attack response of classic unit 61010B coupled with Recovery (release) setting 4 worked nicely for bass in our test. 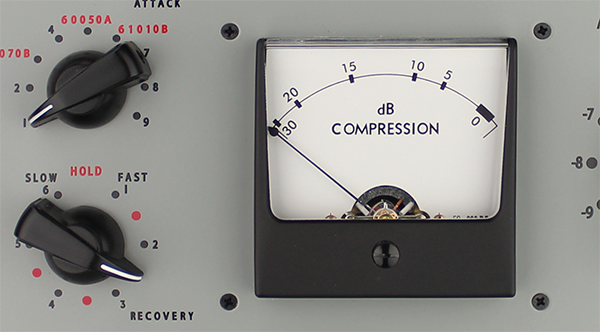 4. With the VU meter showing around 15dB of compression (this unit works best at high compression levels), put the unit into Hold via the Recovery switch. This will prime the compressor, preventing the initial transient spike that would be evident at such high levels of gain reduction. 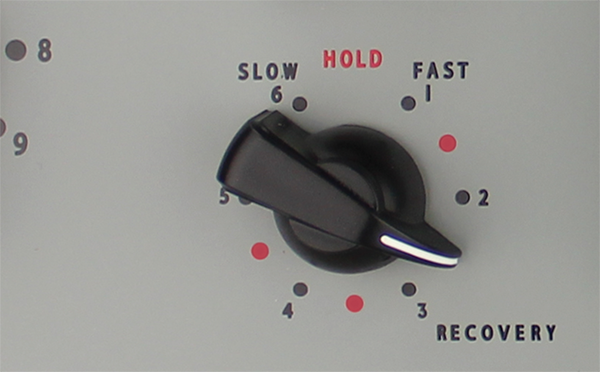 5. Restart the track with the RS124 in Hold mode and switch to Recovery position 4 – or your chosen release setting – once the initial transient has passed through. Keep the gain reduction high, nudging 20dB compression on the loudest sections, to prevent the unit from audibly pumping, as it may do at more conventional GR settings. 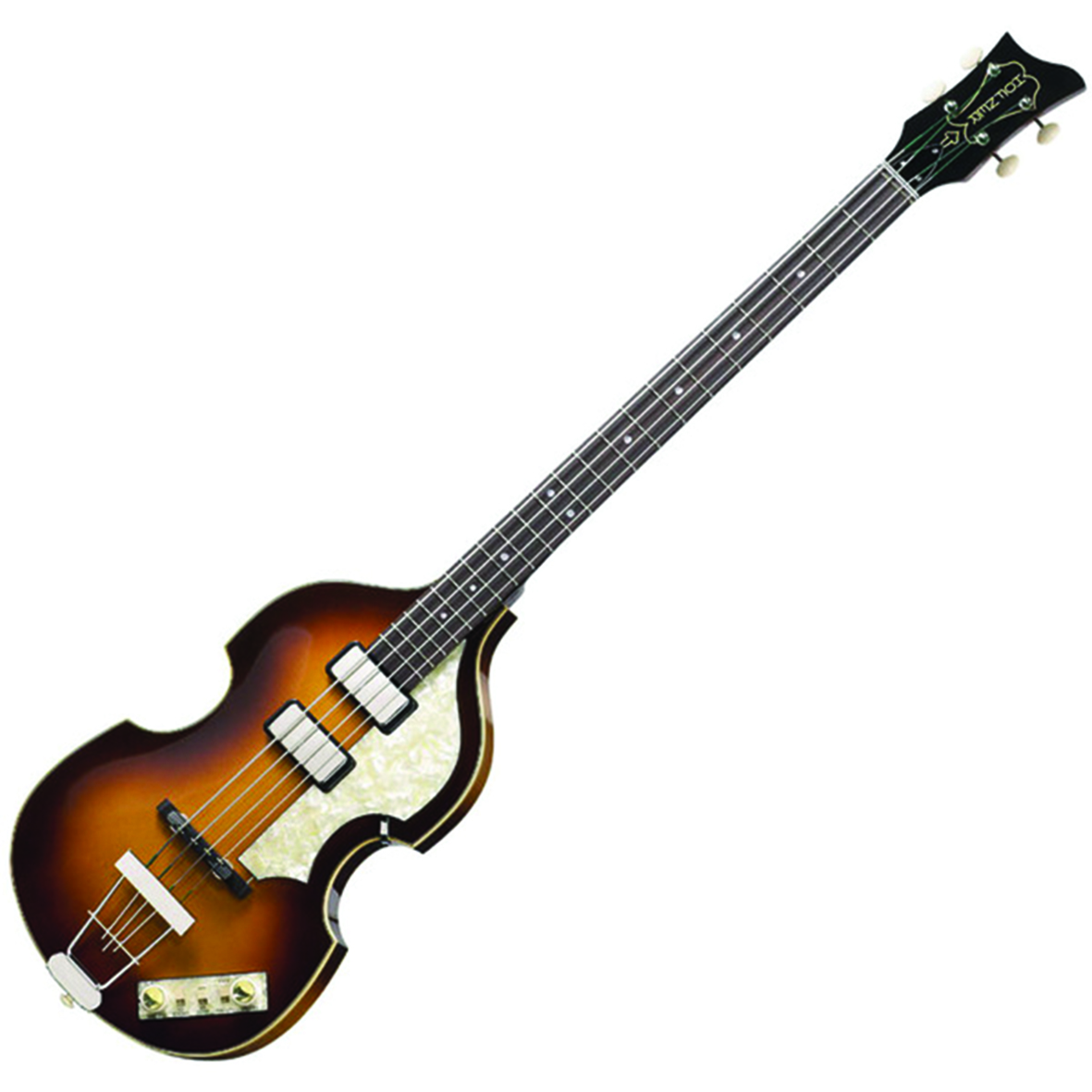 6. For maximum Abbey Road bass impact, mix your completed track, adding the bass guitar last of all. Beatles engineer Geoff Emerick would often work this way, mixing the song to show -3dB on the console (your DAW)’s output meter, then mixing in the bass to raise output to 0dB, producing an upfront bass sound.