If you haven’t noticed we’re having a bit of a Novation-heavy month here at MusicTech, so here’s a special tutorial on using their rather excellent Launch Control, written by our Ableton Live expert Martin Delaney… Novation’s Launchpad has become the go-to clip launching device for Ableton Live users – it’s amazing how often you see it, […] 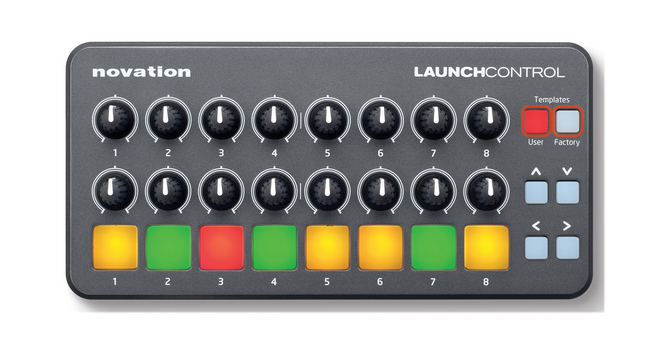 If you haven’t noticed we’re having a bit of a Novation-heavy month here at MusicTech, so here’s a special tutorial on using their rather excellent Launch Control, written by our Ableton Live expert Martin Delaney… 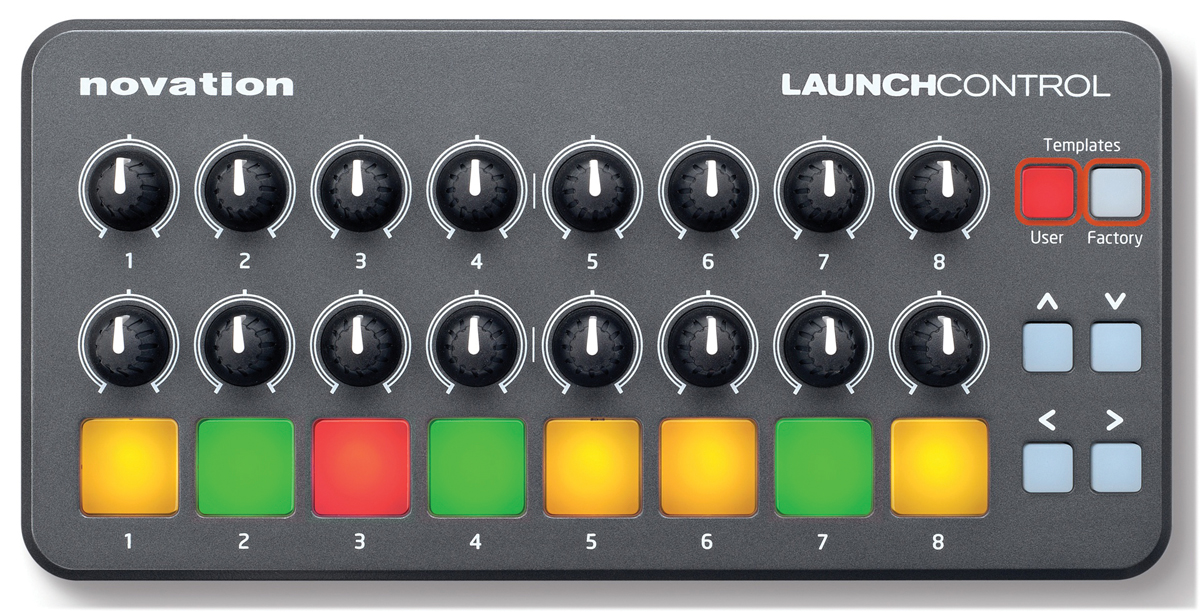 Novation’s Launchpad has become the go-to clip launching device for Ableton Live users – it’s amazing how often you see it, on stage, in the club, or in the studio. It’s simple, mobile and practical. From the original Launchpad to the Launchpad S and Launchpad Mini, it’s… well… ubiquitous, is probably the best word.

But there are times when you might want a different type of controller. The Launchpad has it covered for Live clip and scene launching, and for a certain level of simplistic mixer-type control, but sometimes you still need faders and knobs to take care of business. This is where the Launch Control comes in.

Our expanded walkthrough should fill you in on what to expect from the Launch Control, and how to get it going with Live. If you don’t have Live already, that’s cool because the Launch Control includes a free copy of Ableton Live Lite, so you’re ready to go straight out of the box; it’s a really nice little bundle.

When you’re deploying the factory and user templates, remember that you can switch between them at any time during a performance or recording; you can flip from launching clips in Live to sending MIDI to other devices and hardware without missing a beat.

A bonus feature is that the Launch Control is iPad-compatible. As usual, you’ll need an iPad Camera Connection Kit to attach it, but then you’re good – it gets its power from the iPad. You can use it with Novation’s iOS apps, or any other app that’ll receive MIDI messages.

If you’ve visited the Novation website, or you’ve been paying attention generally, you’ll be aware that the Launch Control is part of a wider range of launch-type products. It began with the Launchpad, which continues to thrive as the Launchpad S, and as the dinky little Launchpad Mini – and of course there’s the Launchpad Pro, which has been announced and you never know, may be released by the time you read this.

There are also the excellent Launchkey keyboards, in 25, 49, and 61 key varieties, as well as a Launchkey Mini version for the dedicated mobile diehard. I guess what they have in common is pads – they all have a certain number – but also a clean, focused, design ethic, which makes them very straightforward to set up and use.

If using the Launch Control doesn’t satisfy your control itch, you might be a candidate for upscaling to the Launch Control XL, which includes more buttons (adding track solo and record arming, among other things), extra rows of knobs and pads, and importantly, eight faders.

On the customisation front, each knob is backlit; the default arrangement is red for the top row, yellow for the centre row, and green for the bottom, but through the Launch Control XL Editor software, you can change these colour assignments, using red, yellow, green, or orange. What’s also cool about the XL is that Novation has added the extra while keeping it to the same size as the Launchpad itself.

Whatever you use it for – whether you’re using it to control your DAW, plug-ins, iPad, hardware – the Launch Control is a very versatile and capable little thing. No installers necessary, no mains power needed, and it doesn’t take up much room in your bag or case. 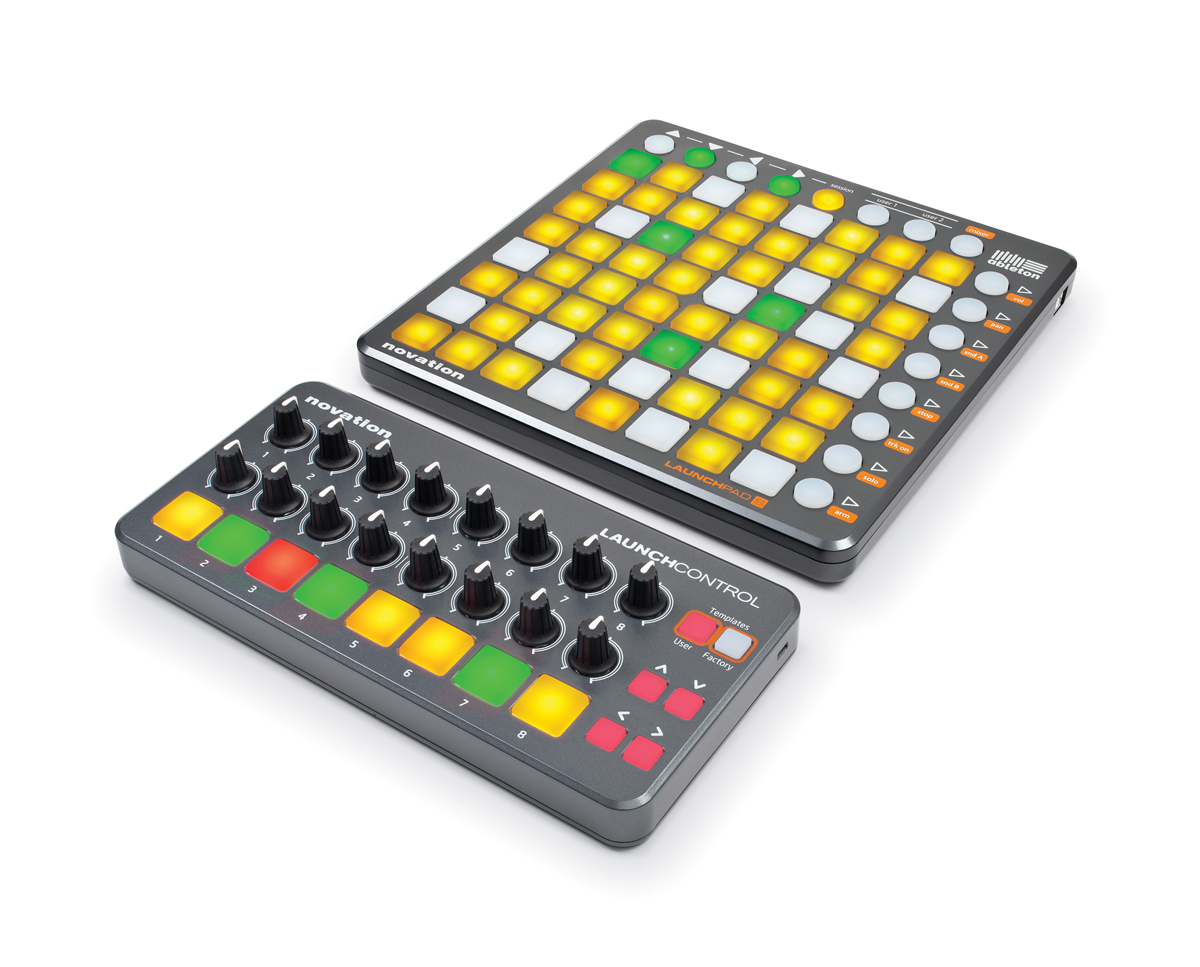 Focus On Joined Up Thinking
Novation’s Launchpad and Launch Control hardware controllers function perfectly well individually, but combining them makes a lot of sense for Live users. Perhaps it’s not a coincidence that the Launch Control and Launchpad are the same width, hmm? Locate them on your desk for a well-appointed setup that doesn’t take up much room, and packs easily for gigs.

The layout works well if you position the Launch Control directly below the Launchpad – the USB port is on the side, out of the way. If you need more ports, Novation’s Audiohub 2×4 has enough to connect up to three devices simultaneously.