Live 9’s latest editing and behaviour changes for automation have opened up new possibilities. Liam O’Mullane shares some of the tricks in our latest Ableton Live Tutorial     Before we start looking at the in-depth aspects of how automation can be used in Live, let’s first look at two new buttons that have appeared […]

Live 9’s latest editing and behaviour changes for automation have opened up new possibilities. Liam O’Mullane shares some of the tricks in our latest Ableton Live Tutorial

Before we start looking at the in-depth aspects of how automation can be used in Live, let’s first look at two new buttons that have appeared in Live 9, their important relationship with the main transport record button, as well as Arm Recording buttons on a track.

The yellow button with two circles being joined together by a line is called Automation Arm. If this is disabled, automation cannot be recorded. When enabled, you can record automation in Arrangement View just by hitting Live’s main transport record button. If you don’t want to overwrite any existing audio or MIDI note data, just make sure that the Record Arm button on your track is disabled.

The arrow that’s pointing left (placed to the right of the Automation Arm button) is called Re-Enable Automation. This kicks in when you start to move a controller for a parameter that already has automation data in a clip. While active, this behaviour leaves you free to use the parameter as you please, which is good for experimenting with some new ideas with a controller without committing any changes to the track. Press Re-Enable Automation to revert back to your original work. It can also be useful for allowing you freedom to perform with that parameter in a live situation. Assigning the Re-Enable button to a key or MIDI control will then let you quickly revert back to a pre-programmed part when done.

In Session View, a new pair of buttons appears to the right. We’re interested in the first one that has a circle on it – this is called the Session Record button. When enabled, automation will be applied to active clips on  all Armed tracks. If you want to just jam with a MIDI controller for various elements at once (regardless of what’s armed), you can enable ‘Record Session Automation in’ to ‘All Tracks’ from Live’s Preferences.

Now that the super-unsexy bits of information are out of the way, let’s start getting a little hot under the collar and look at ways to edit your recorded automation parts. You can view your automation using the Show/Hide Envelope button (E in a yellow circle) when in Session View

or by pressing the Unfold Track Button in Arrangement View (black triangle in a circle).

Regardless of where a clip has been created, the benefit of working with a clip in Arrangement View is that you can right/[Ctrl]-click (PC/Mac) the Track Title bar and select Add Lane For Each Automated Envelope; this is very handy when trying to craft rhythmic automation across various parameters.

Clips can then be dragged back into Session View when edited as desired.

A simple press of the [B] key will switch between a normal mouse pointer and Draw modes but, in general, we find it’s better to stay in Pointer mode and hold down [B], click to draw what you need then unclick and release [B]. This instead lets you momentarily use the Draw tool when needed. Another key function here to learn is [Ctrl]/[CMD]+[4], which disables the grid for freeform drawing. Grid size modes are controlled using [Ctrl]/[CMD]+[1], [2] or [3], and with practice, can be used along with the [B] key for a faster workflow.
Here we’ve recorded a volume-chopping effect from a MIDI controller over a drum loop clip. From here we can easily use the Cursor tool to start moving the breakpoints around and tidy things up. If you want to move a point on the vertical axis only, hold down the [Alt]/[CMD] key while you drag. This also defines finer control for editing at a more minute level of detail. This control applies to changing multiple parts as well. 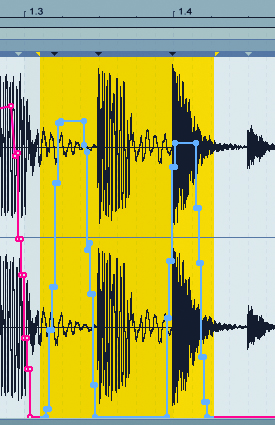 Another trick is to hold down [Shift] when moving a breakpoint around – it will then remove any other breakpoints you move past, making editing very flexible by removing them out of the way.
This second drum clip has volume changes drawn in so they are technically perfect in terms of time, but the immediate jump from silence to 0dB can be too abrupt, so it’s time to explore the new Curve function. Until this new feature was added, the older approach was to create add a few linear breakpoints to try and get a smooth fade. 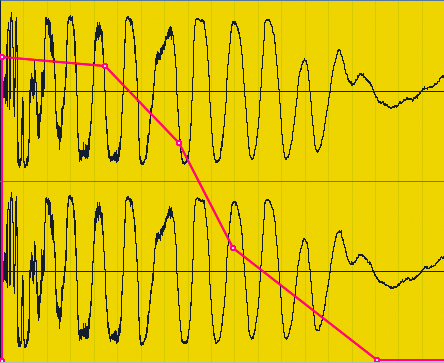 Now you can control the curve between two points without these ramp-like lines. Just hold [Alt] next to an automation line so the cursor icon gains a little curve symbol to its right-hand side, then click and drag either way for convex or concave curves.

Editing for Creativity in Live

Many of today’s bass music genres use an incredibly large amount of synth parameter automation and variation. These synths are the focus of the track and working to the level of detail required with automation lines on a grid can become quite a headache. So next, we’ll use some more of Live’s editing functionality to show you how ideas can be started and then developed with a few simple tools, in a simple way.

First create a melodic pattern and synth sound that’s preferably quite static in nature as we’re going to add variation to it through automation. We’ve recorded an automation pattern using a MIDI controller assigned to the synth’s filter cutoff. One section of our recording was better than the rest, so we highlighted it and copied the better portion to other, less perfect areas of the part, just as you would when tidying up and editing recordings of live takes. When editing automation, a right/[Ctrl]-click will let you know the various ways you can edit a highlighted portion. Look to the right of the menu and try to learn the shortcut keys listed as this will save you a lot of time. 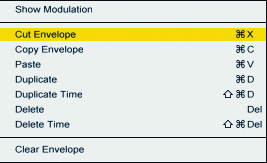 MIDI clips can have their MIDI notes moved around in time by using what’s called a Stretch Marker. These work in the same way as normal Markers do for audio clips, letting you expand and condense the content of a clip. Automation envelopes in MIDI clips have an advantage over audio clips as they can use independent Stretch Markers for automation, too. This means that you can vary a pattern by stretching and condensing highlighted areas. Just place the mouse cursor in the grey area above the Automation Editor window and a marker appears, which you can click and drag around. Note that you can view only Clip Automation from the Clip View window in Session View for this technique.

Here we’ve taken the first bar of automation, repeated it, then condensed it to twice the speed, resulting in it covering half the duration. We then copied that, doubled its speed and chose an irregular timing for the last repeat by stretching with the grid disabled.

If you use automation clips to control the physical position of a parameter, relative envelopes can be used like an LFO, making the automation envelope act as an LFO mod depth control. Here’s how: in Session View, find the parameter you want to work with, right/[Ctrl]-click it and select Show Modulation

(or right/[Ctrl]-click when already in the parameter’s Automation window and select Show Modulation). Program in a pattern; we’ve gone for an extreme 0% to 100% pattern for something simple to hear. 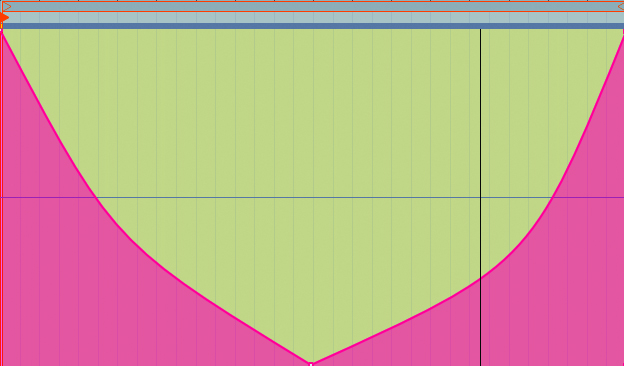 Right/[Ctrl]-click and select Show Automation and program in the envelope shape you want. Ours is a ramp, so the Modulation Envelope depth gets stronger as the loop progresses 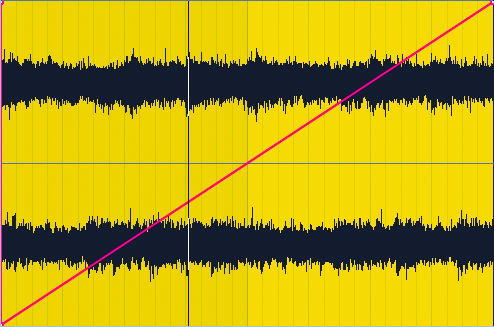 This idea can be used to create various synth modulation effects to any MIDI or audio track, like the Dry/Wet of a distortion or reverb, for instance. It’s also a much simpler way to apply these types of techniques  before buying/using Live Suite with Max For Live.