Originally designed for domestic hi-fi duties, the NS-10 somehow found its way into top studios – and has stayed there since. John Pickford explains why. With its iconic white woofer, the Yamaha NS-10 loudspeaker is one of the more instantly recognisable pieces of audio kit, and undoubtedly the most well known studio monitor. Launched in […] 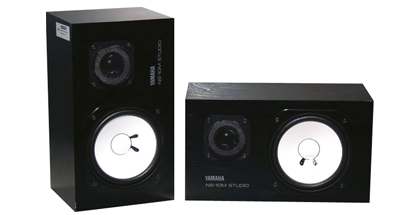 Originally designed for domestic hi-fi duties, the NS-10 somehow found its way into top studios – and has stayed there since. John Pickford explains why. 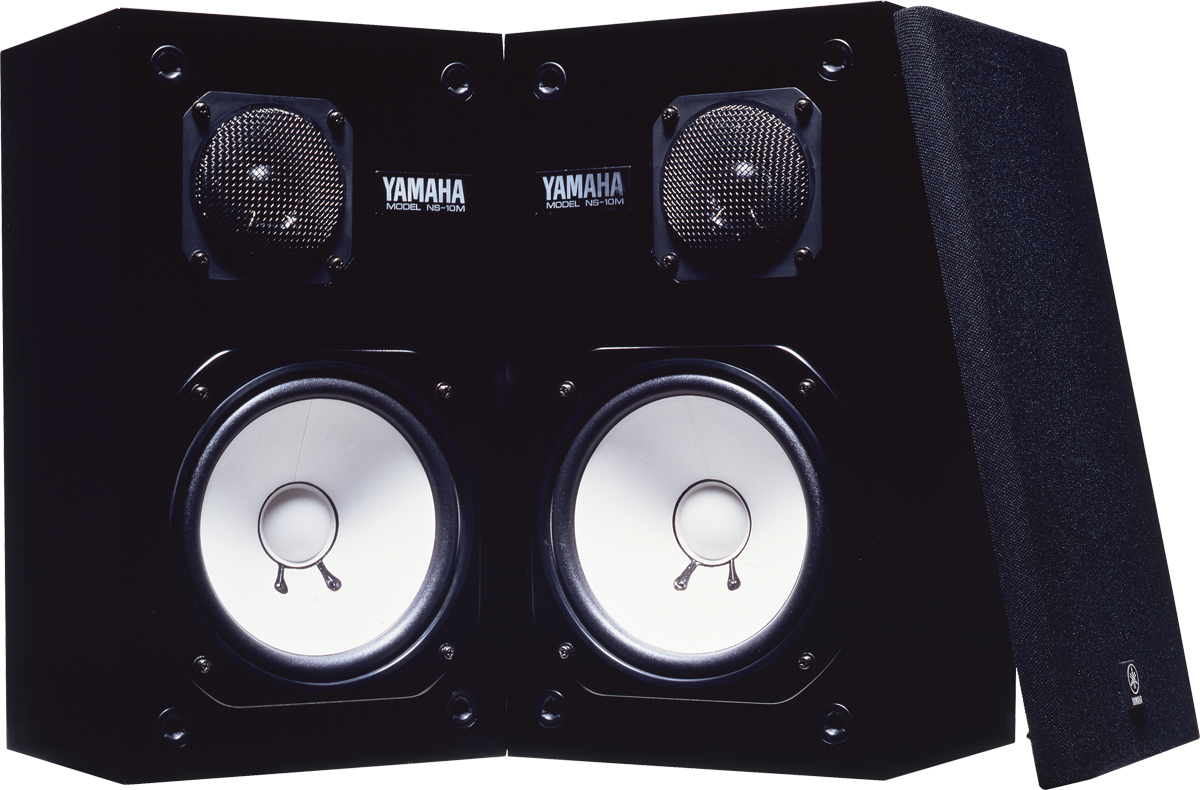 With its iconic white woofer, the Yamaha NS-10 loudspeaker is one of the more instantly recognisable pieces of audio kit, and undoubtedly the most well known studio monitor. Launched in 1978 as a bookshelf speaker designed for domestic hi-fi use, it quickly became popular among freelance studio engineers who wanted a portable reference speaker to transport from studio to studio.

The original NS-10 was designed by Akira Nakamura, who also designed Yamaha’s flagship NS-1000 monitor, a sophisticated design that made use of beryllium in its midrange dome and tweeter. The large three-way NS-1000 is still highly regarded as a full-range hi-hi speaker, however, the NS-10 proved to be unpopular in the world of home audio and could well have been quickly discontinued had it not been embraced by professional studio engineers. It’s unknown who first used the speaker as a professional monitoring tool, but credit is usually given to studio legend Bob Clearmountain for kick-starting the NS-10 movement.

The speaker itself is a two-way, closed-box (infinite-baffle) design that does not make use of a bass-reflex port to aid the low-end response, which is flat down to around 60Hz. Early NS-10s suffered from poor integration between the 3.5cm tweeter and 18cm mid-bass driver, which caused unwelcome phasing issues. What’s more, many users found the treble to be harsh and over-exposed, making long-term listening somewhat fatiguing. Some technical engineers actually modified the speaker’s crossover to tame the top-end response, while others resorted to covering the offending tweeter with tissue paper. 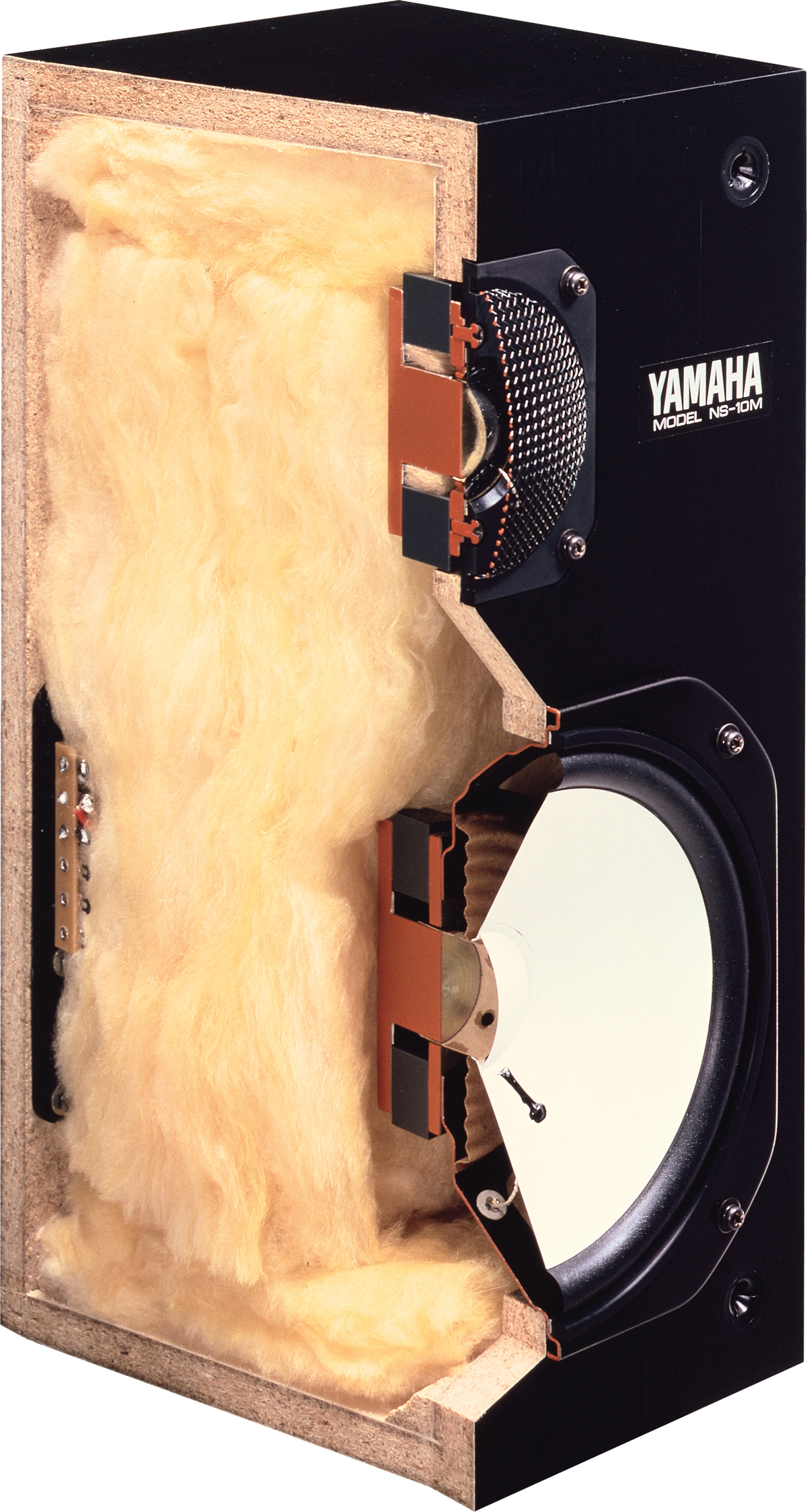 Again, it’s Bob Clearmountain who is thought to be the first to employ this trick, and as this unorthodox modification became well known by word of mouth, engineers experimented to find the perfect tissue. Audio expert Bob Hodas even carried out extensive tests in the 1980s to determine the effect that different types of tissue had on the NS-10’s frequency response, going as far as publishing graphs to demonstrate his findings.

Yamaha responded to this tissue-paper phenomenon by redesigning the crossover and tweeter to give a smoother treble response. At the same time the company altered the front-baffle logo so that it was legible when the speaker was placed horizontally, the generally preferred method of use. This tweaked design, known as the NS-10M (M for monitor), was marketed as a professional studio monitor and remained in production until 2001.

So what does it sound like? The most often-quoted phrase is ‘if it sounds good on NS-10s, it’ll sound good anywhere’. This is largely due to the speaker’s midrange performance, which is ruthlessly revealing, making poor mixing judgements stick out like a sore thumb. The bottom end is not particularly extended, but the bass that is present is taut and fairly dry, lending the speaker a sprightly nature. The treble is well-lit, providing bags of detail, although the extreme top end does not possess much in the way of air or sparkle. 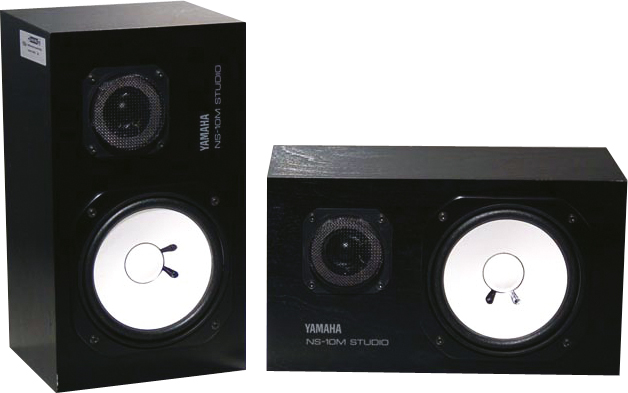 Yamaha’s enduring NS-10M has become the reference by which all other small nearfield monitors are judged.

When driven hard at ear-splitting levels they have a tendency to shout and can sound compressed, but at moderate levels they are fast, revealing and capable of dealing with small dynamic shifts remarkably well. Despite their ubiquity, NS-10s remain something of a Marmite monitor – you either love them or hate them. Some engineers find their prominent midrange fatiguing to listen to for long periods, preferring the less brutal presentation of more easy-going monitors. Others, especially those freelancers who work in many different studios, are aware that familiarity is often the key to accurate monitoring.

Whether used as nearfield alternative monitors to complement full-range speakers in professional studios or as the main monitors in project studios worldwide, Yamaha NS-10s have been used to mix many thousands of recordings, ranging from amateur bedroom productions to multi-platinum-selling hits. No other studio monitor comes close to the NS-10 in terms of popularity, and its familiar tone – like it or not – will ensure that it continues to be the reference by which all other small nearfield monitors are judged.