Wave Alchemy Evolution review – an evolution in all senses 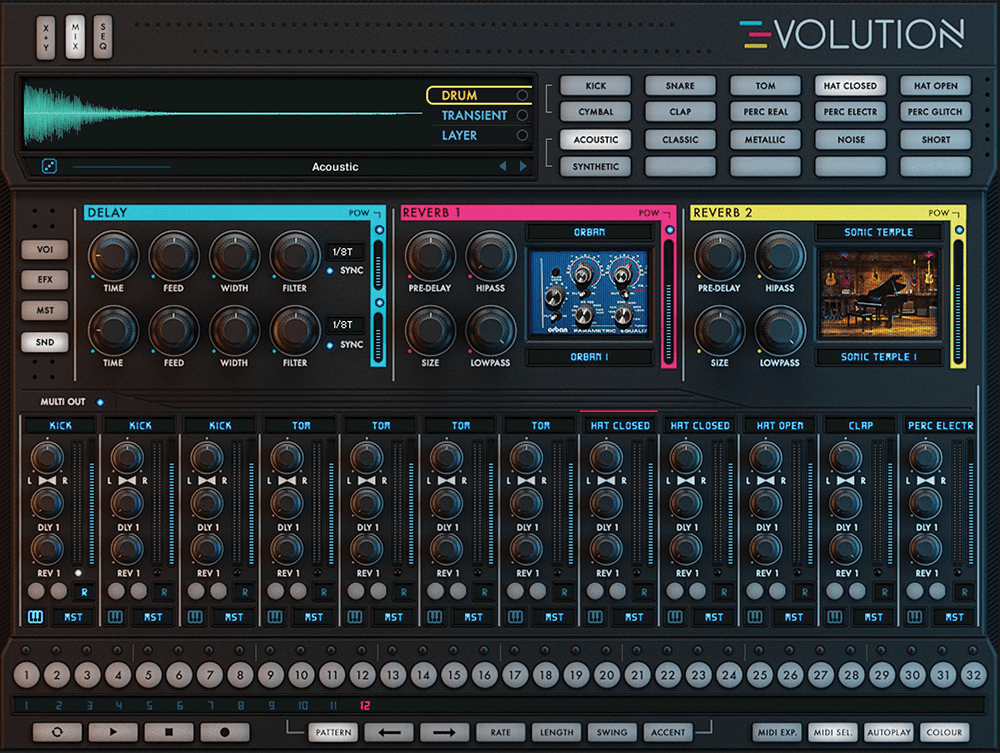 Drum samples – just when you think you have enough drum sounds, someone comes along with a new collection that’s too good to refuse. Last year, it was Wave Alchemy’s Revolution, with its large array of meticulously captured vintage drum machines. A year on, Wave Alchemy is back with a new Kontakt-based drum instrument; but this time with a forward-thinking 5GB, 28,000-sample-plus library.

Crafted over five years, the new sounds have been built using a ridiculously long list of analogue and digital drum machines and synths, acoustic drum and percussion instruments, found-sound sources, and high-end outboard. At its core, Evolution features 12 drum voices, each with three drum engines so you can layer up sounds, transients and layers.

The sheer wealth of sounds available can be overwhelming, but Wave Alchemy has done its best to simplify matters with well-labelled category types and sub categories. There are sub booms that can be layered with characterful clicks and crackling vinyl noises to create your own unique hits, plus a button enabling each voice to be played chromatically.

There are three main pages where you edit, mix and sequence your beats. The X/Y Pad page allows you to visually mix the volumes of all three layers and also includes eight Macro dials to freely assign to sound-and-effect-editing parameters. As these macros can be modulated via the sequencer page, this adds eight lanes of flexible parameter lock and FX sequencing. It’s a shame you can’t assign more than one parameter to each dial for performance or automate the X/Y position, but this is likely a limitation of Kontakt.

The Mix page is where most sound design takes place, with sample, pitch, envelope, LFO and filter controls, plus volume, pan, mute/solo, sends and routing. There’s also an Analog control to subtly randomise the volume and panning to give a more organic sound, but alas not pitch.

Further tabs let you add EQ, compression and an array of effects to each voice or to the master, and a final tab gives control over two delay and two reverb modules. 189 custom IRs are included for the convolution reverb including drum rooms, and analogue and digital ’verbs processed with vintage transistor and valve EQs.

To sequence beats, you can either use the classic 32-step drum-step sequencer with swing, rate and accent, or the dedicated sequencer page with a handy track zoom to help set parameters more accurately.

Simple buttons let you switch between the Note Sequencer and FX Sequencer, which gives you access to the sample parameters and aforementioned Macro dials so you can create complex, moving patterns. You can also save 12 patterns per preset, and drag-and-drop MIDI into your DAW.

There are plenty of other features, such as choke groups, NKS integration, randomise functions, and the three extra versions of the entire library with increasing amounts of tape saturation.

Ultimately, you’ll get the most out of Evolution if you combine the exquisite hits into your own kits and get creative programming patterns. Luckily, the interface has been fine-tuned to make this a fun and intuitive task. 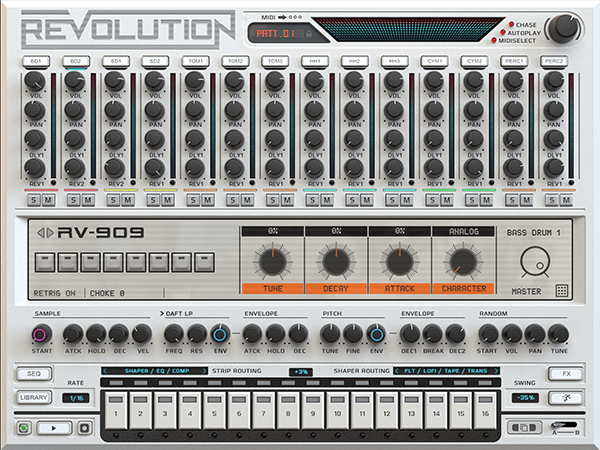 If you want something a little more traditional, then Wave Alchemy’s other Kontakt drum instrument, Revolution, captures the authentic sounds of 14 iconic drum machines, including deeply sampled analogue 808s, 909s and more. 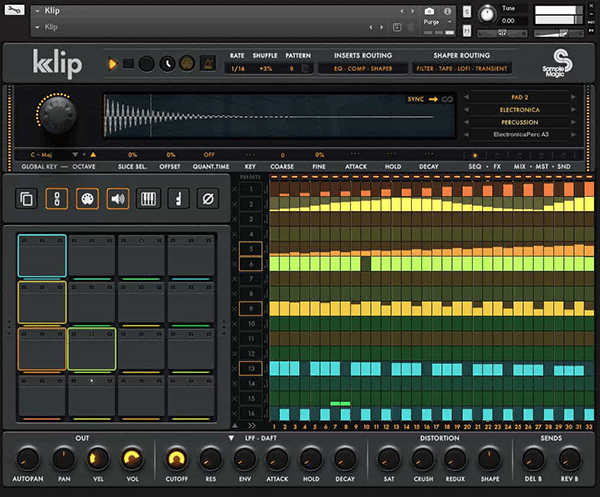 Sample Magic’s Klip is a cheaper option that offers a similar Kontakt layout and sequencer features, plus a broader library including drum and instrument loops, and synth one-shots. However, Evolution is a deeper and more refined tool.