When it comes to monitoring, sometimes nothing compares to the classics. John Pickford explains why the BBC LS3/5A makes for the perfect monitor. My passion for vintage audio knows no bounds, extending beyond the studio and into my domestic life. The huge Tannoy Berkeleys currently parked at the end of my living room could be found […]

When it comes to monitoring, sometimes nothing compares to the classics. John Pickford explains why the BBC LS3/5A makes for the perfect monitor. 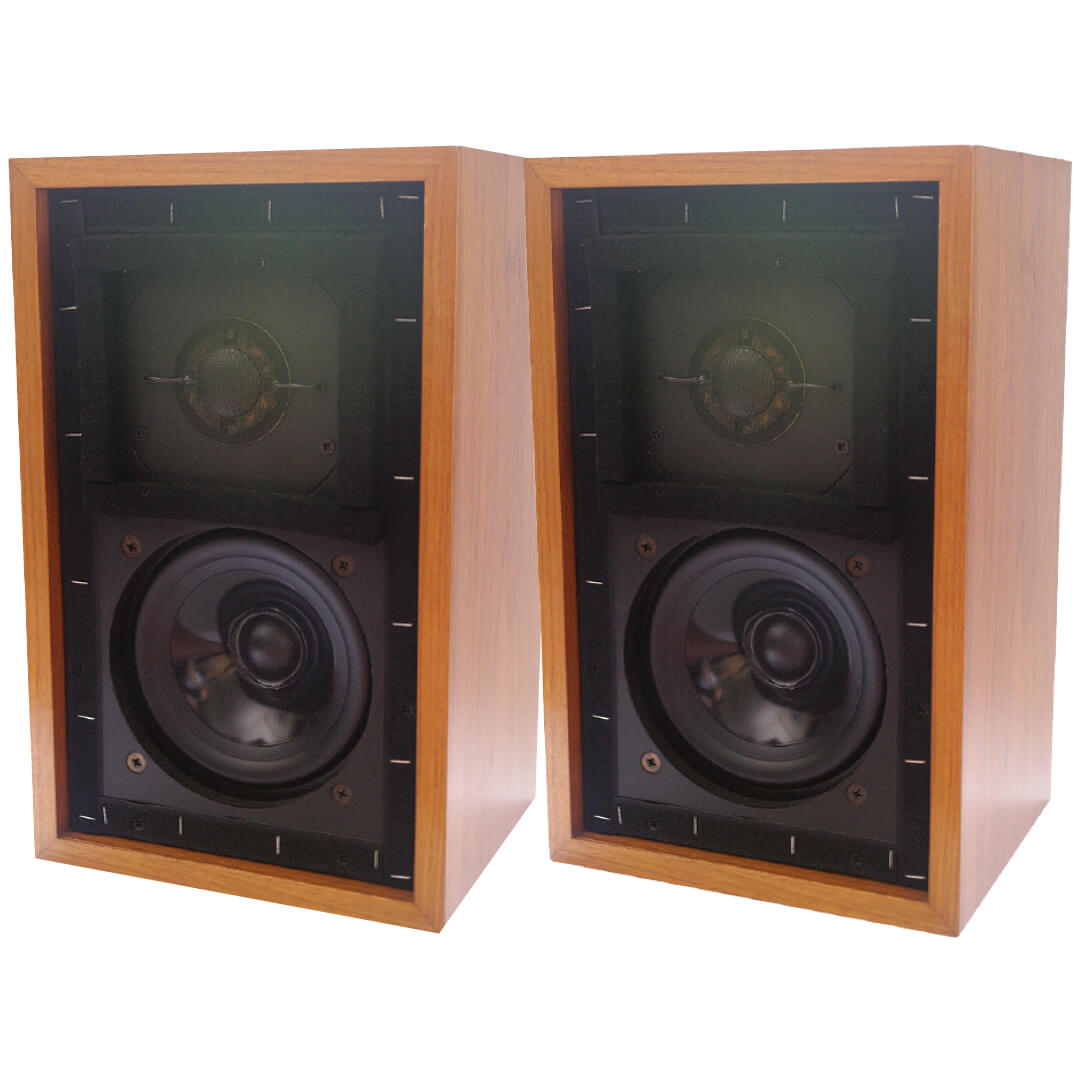 My passion for vintage audio knows no bounds, extending beyond the studio and into my domestic life. The huge Tannoy Berkeleys currently parked at the end of my living room could be found in countless studios during the 1970s and 80s, and I drive them with an ancient (1961) Leak valve amplifier – as used in EMI’s Abbey Road Studios throughout the 1960s.

In addition to the Tannoys, I use several pairs of classic monitors, including the diminutive BBC LS3/5A, still in use in radio studios more than 40 years after they first appeared in the mid-1970s.

In 1972, work began on a compact monitor for use in the confinements of the BBC’s OB (Outside Broadcast) vehicles and other small studios. Initial work was done by a team led by Dudley Harwood and Spencer Hughes, at the corporation’s Research Department at Kingswood Warren.

They developed a compact monitor named LS3/5 and, after a few tweaks by the Design Department, the LS3/5A was born. The speaker utilised two off-the-shelf KEF drive units, the B110 mid/bass driver made from Bextrene and the T27 tweeter.

While other speakers also used this combination, none sounded anywhere near as good as the LS3/5A, largely due to the complex 13 element crossover that incorporated air-gap inductors and film capacitors of superb quality.

As the manufacture of loudspeakers was outside the BBC’s remit, several manufacturers were granted licenses to build the LS3/5A to the corporation’s exacting standards. Rogers were first off the block in 1976, followed by Chartwell, Audiomaster, Goodmans, RAM, Harbeth and Spendor, a company formed by original designer Spencer Hughes.

Early examples were rated at 15 ohms, however a reworking of the crossover in the mid-1980s reduced the impedance to 11 ohms. My pair (pictured) are known as ’pseudo 15 ohm’, because following the 11 ohm revision, Rogers still had some leftover 15 ohm labels and continued to use them until they ran out.

Debates still rage about which brand or impedance is superior, however a blind listening test shootout between 11 different pairs revealed little difference between them, leading one listener to remark, “Whichever way you look at it, there wasn’t a bad one in the lot.”

Unlike monitors that make use of a bass-reflex port to augment low frequency output, the LS3/5A is an infinite baffle (sealed box) design. Subsonics are non-existent, however the bass produced is taut and accurate, marrying to the midrange seamlessly. Several years after the monitor became available, Rogers introduced the AB1 bass extender to provide an extra couple of octaves of bass.

I first heard the LS3/5A in the late 1980s, being driven by a Quad 405 amplifier and was immediately impressed with their timbral accuracy. Many hifi loudspeakers of that era were overly bright with a tizzy top-end.

The even-handed nature of the LS3/5A was a revelation, offering the sort of insight and detail I’d previously heard only from much larger monitors. Several years later, while doing some work for BBC radio, I encountered the mini-monitors again and decided I must get hold of a pair.

I’ve been using my Rogers’ for over two decades and while I briefly experimented with the ported AB1 bass extenders, I felt they robbed the LS3/5A of some of its magic.

Recently I’ve been using my pair as a mono stack, with one placed on top of the other and inverted so that the two tweeters are sandwiched between the two mid/bass drivers. This creates an excellent point-source for monitoring mono recordings, as I like to ensure my mixes work well in mono before creating the final stereo mix.

Although the LS3/5A is more commonly associated with broadcasting rather than recording studios, I’ve found them excellent for monitoring at moderate levels, especially to achieve clarity in the crucial midrange, where voices and instruments compete for space. It seems I am in good company as the unashamedly retro-analogue Toe Rag Studios has also produced superb recordings mixed through what is undoubtedly the best-loved mini-monitor of all time.