Lots to admire here and you’ll be amazed that the sound of plate reverb can be so varied. UVI continues to dazzle with its plug-ins. Masterful. 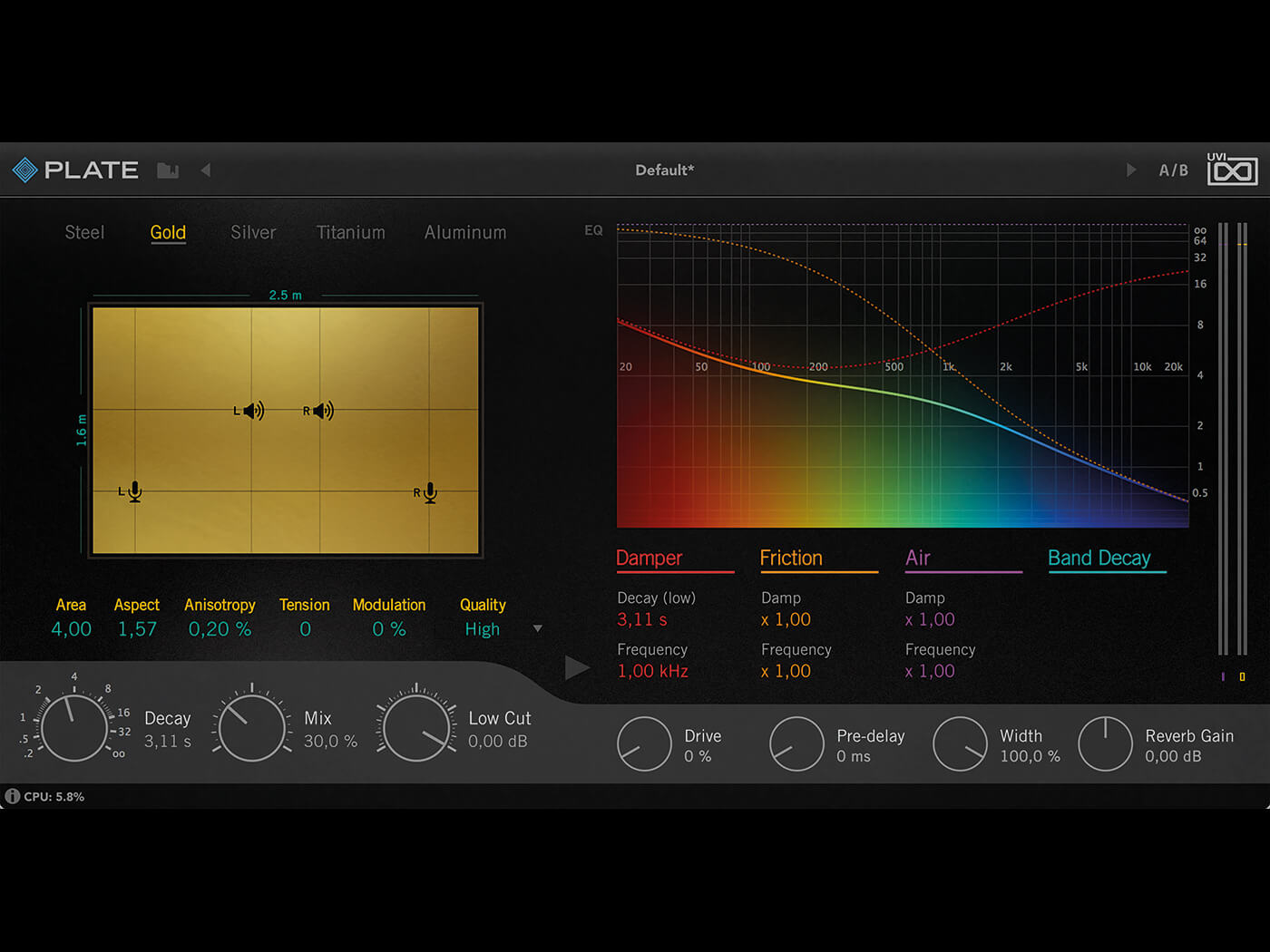 Over the years, the sound of the plate reverb has become a much-loved one and in Plate, UVI is attempting to capture the sound of both original plate reverbs and some quite out-there ones, too.

Plate reverbs were one of the earliest types of studio effect and comprised a metal plate with a speaker at one end and a microphone at the other, picking up soundwaves caused by the vibrations in the plates, which would give the effect of a reverberated room.

It sounds impractical – and it was impractical. The most famous plate, the steel EMT 140, was devised by German company Elektromesstecknik in 1957. That was a 600-pound (in weight) beast, but became a classic that, along with its gold sibling, the EMT 240, everybody now wants to emulate, with Universal Audio perhaps providing the best ones so far.

Plate has been designed to deliver all sorts of plate sounds, with many dedicated to the 140 and 240. You’ll need an iLok account – and we needed a restart to get it up and running with Logic – but once installed, we were in for a treat. UVI has clearly taken a lot of time and effort to capture the essence of the originals in the plug-in, but lets you stretch the very physics with modelling, so you can take the sound of the plate a lot further – ‘well beyond the limitation of physical units’, they state.

You get to edit both the surface area of the plate, the aspect, and the metal type. A Decay Dampening dial lengthens low frequencies more than high, so even when turned down, it retains the shimmer on the higher frequencies – an effect true to the original. This is evidenced in the Classics folder of presets which provides various reverbs from the EMTs, all with a lovely sense of individual character. It is initially similar to that of a hall reverb sound, but perhaps more artificial and easier to tame in a mix.

With lots on offer to edit, you can quickly move well away from the original setups, from moving the mics and speakers around to creating plates that simply don’t exist.

Other folders reveal sets of long and short reverbs and those for vocals, while the Experimental folder really takes you offworld and away from the classics. Just check out Beauty Cave and Flying Tails for some instant Eno and Budd.

Plate is so much more than a plate reverb and looks almost as good as it sounds.