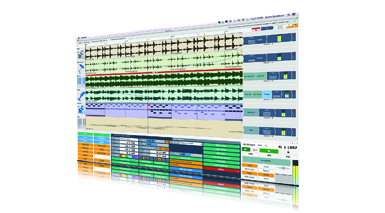 If you’re looking for a genuinely alternative DAW, the latest version of Tracktion may be just the thing. Hollin Jones feels its pull… 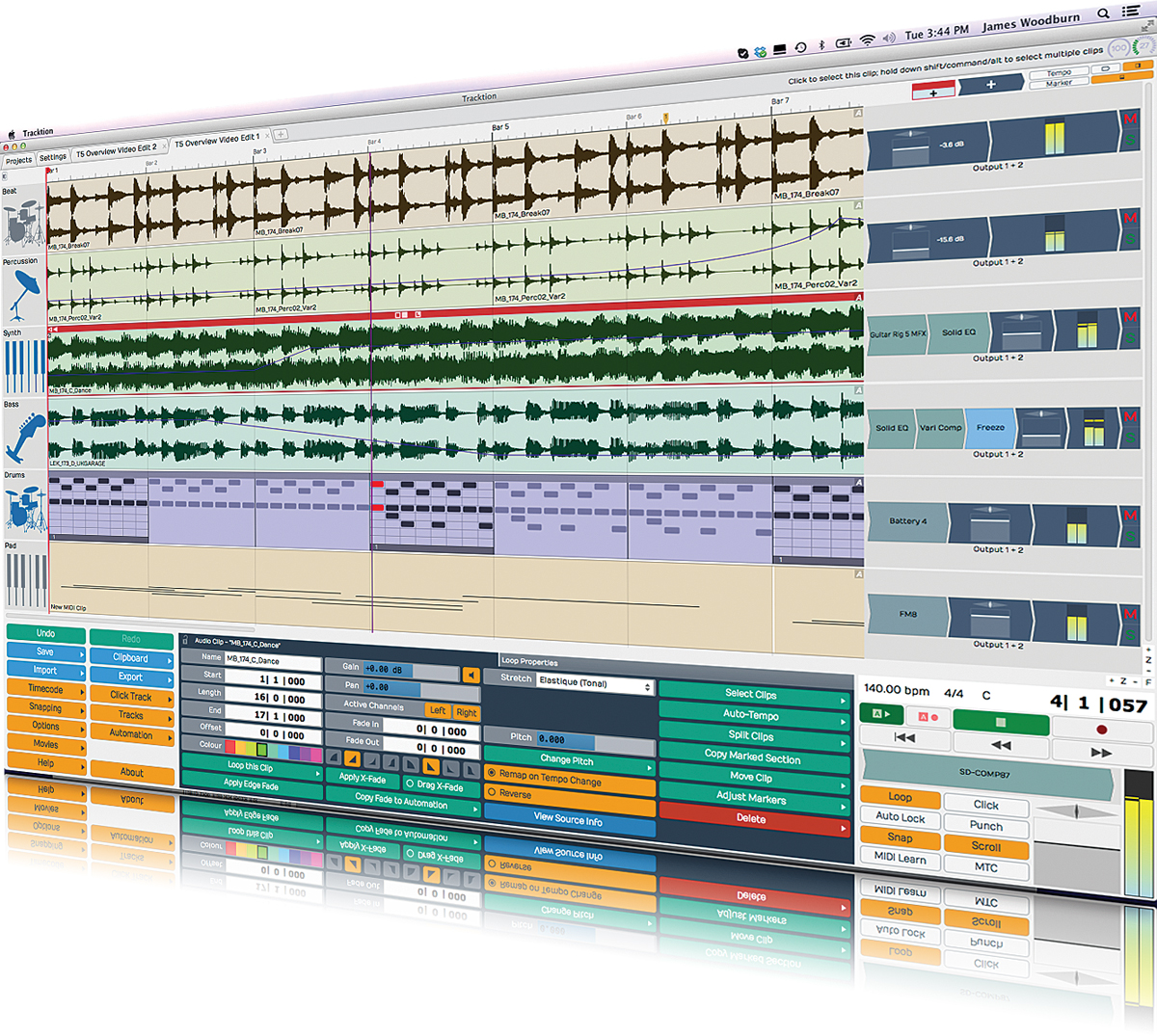 The DAW world is quite crowded and arguably dominated by a few major players, but the rise of the web in the last decade has enabled more smaller developers to create and distribute their own alternative music-production apps. They are often free from the restrictions that can go with being a ‘big-name’ developer, and so are able to experiment a little more. Tracktion has actually been around for over a decade, but for much of its life was closely associated with Mackie, the company that distributed it. Now controlled by its creator once again, development on this innovative DAW has resumed apace.

Making Tracks
If you’re not familiar with Tracktion, a brief recap. It’s a DAW that runs on Mac, PC and somewhat unusually, Linux. A modest download, it’s inexpensive and can see VST/AU plug-in instruments and effects as well as coming with some of its own. Graphically, it’s fairly pared-down and businesslike, but it doesn’t lack features. In practice, usability is more important than glitz and Tracktion certainly simplifies things with its ‘modeless’ interface, which forgoes multiple floating windows in favour of a simpler approach.

Setting up and recording audio and MIDI is straightforward, though if you’re new to the program it’s worth spending time figuring out its particular ways of doing things. There’s much use made of drag-and-drop as a means of working and on the whole this feels natural. There’s an interesting system for mixing, too, called an ‘in-line’ mixer. The area to the right of each track is its control section, with plug-ins, volume/pan and metering shown as blocks that can be edited and rearranged. You also get unlimited audio multitracking, a clever Rack system for managing effect chains, and a browser with tag support for easy location of data.

In With The New
So what’s new in Tracktion 5? First up is the idea of ‘multiple edits’, with a new tab system allowing you to open different versions of tracks or edits side-by-side and work on them. Related to this is the new Edit Clips functionality, designed to help with arrangement, among other things. You can create an Edit Clip for any area of a song (verses, choruses and so on) and place it into a new tab as a single audio clip. By moving these clips you can work on arrangements while leaving the original multitrack session intact. And if you make a change to that multitrack it is updated in the Edit Clip version. It’s a nifty idea that works well. 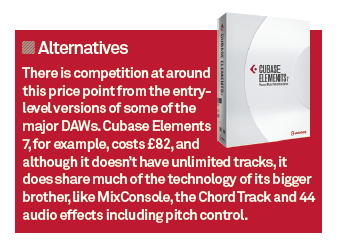 MIDI is well supported and you now get the new in-line step-sequencing feature that lets you integrate step-sequenced material directly into a clip without having to open the target plug-in first, which is useful for programming beats. The Piano Roll Editor also gets ‘per note’ automation that lets you paint automation of many different MIDI parameters directly onto individual notes. MIDI Learn is nicely implemented and there’s support for a range of MIDI control surfaces built-in.

Selective Freeze
Also new is Freeze Point Technology, an interesting system whereby you can select any point in your mixer chain and freeze the track there but leave other processes unfrozen for better flexibility. So you might, for example, freeze a complex reverb and a heavy compressor, but leave a delay and EQ as well as pan and volume levels unfrozen. This is really useful stuff, since some ‘bigger’ DAWs provide much less flexibility in this regard. Tracktion 5 also sees a new Resource Manager – another feature that competitors would do well to pay attention to. Ostensibly a CPU-usage window, it shows what every plug-in in a project is using in terms of CPU and allows you to freeze them one by one. 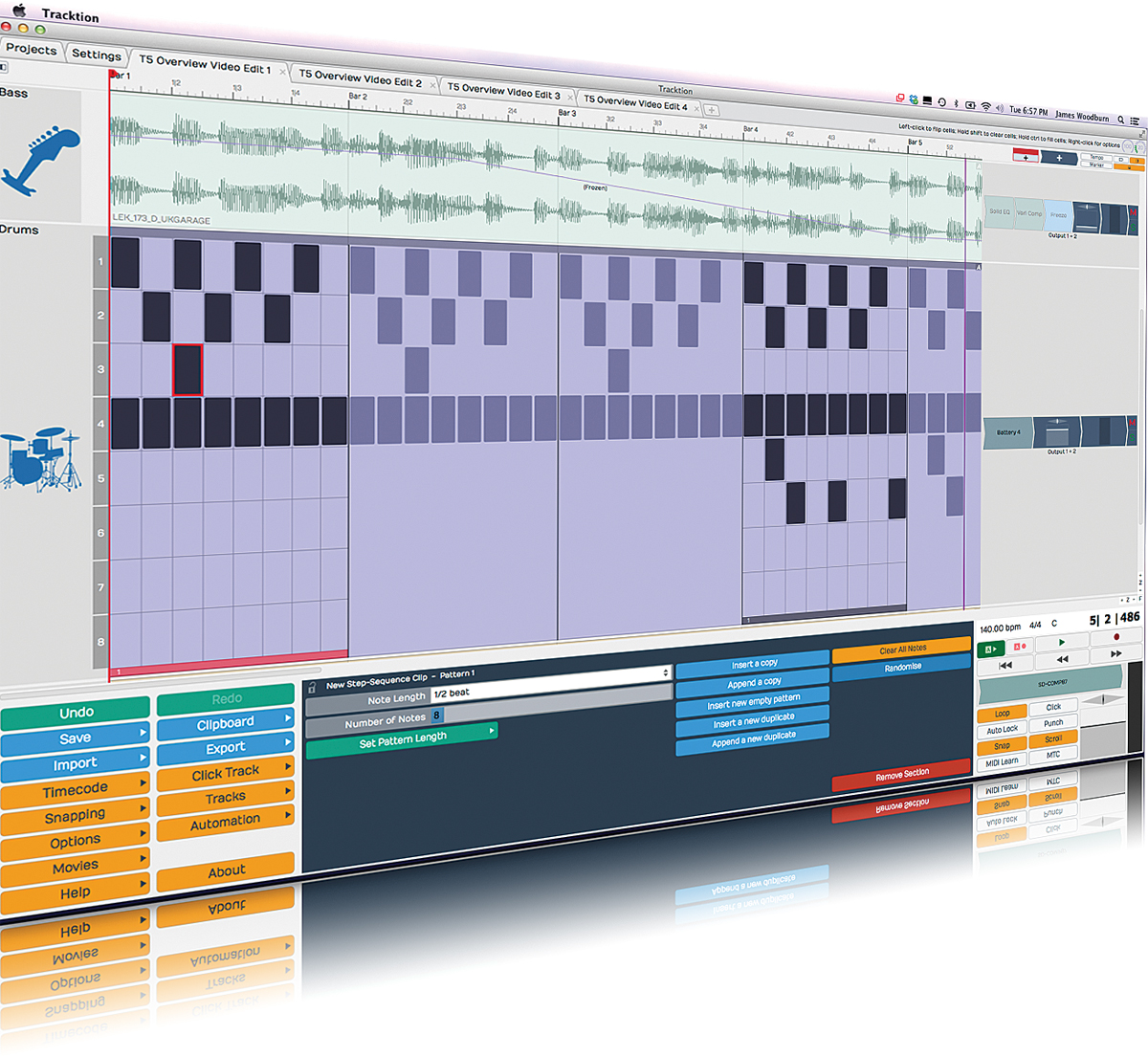 And don’t let the relatively sparse interface fool you – Tracktion 5 is a powerful DAW. It may lack the depth of features of some of the heavyweights, but it’s far more affordable. In terms of actually creating music it provides everything that many users will need and is helpfully geared towards maximising the performance of whatever computer it is running on. With a demo version available, it’s well worth checking out if you’re looking for an alternative take on music production. 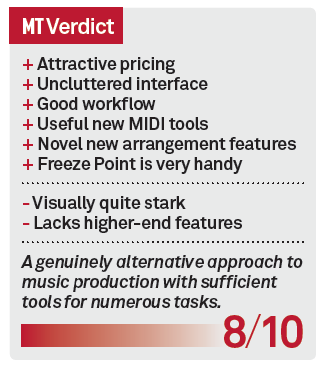