We’re nearly at the stage now where, with only a few devices, you can model everything you need for a studio. Guitarists have entire emulation rigs, from modelling guitars to pedals and amps, while keyboard players can quickly bring up any synth they might want in software form. In the studio, we’ve had plug-in emulations of everything from EQs and compressors to tape machines, and even specific rooms or locations.

But until recently, there’s been one limit to this: the microphone. Some attempts at mic modelling have existed before, of course. Antares introduced the concept back in 2000 – and are now on version 5 – and Waves launched The King’s Microphones to coincide with the film The King’s Speech in 2011.

Plug-in mic modelling, however, relies on the input signal from whichever microphone you were using, and while the Antares Mic Mod EFX lets you select the mic source in order to try to first uncolour the signal, it cannot recreate what wasn’t there in the first place. If your mic lacks low-end, no amount of modelling will make it sound like a Neumann U 47.

Enter the Townsend Labs Sphere L22, which has two outputs which can be recorded separately and then combined later on to change the recording after the fact. Where mics such as the Lewitt LCT 640 TS enable you to combine the front and rear capsules in order to change the pickup pattern after the fact, the Sphere L22 goes one step further, enabling you to change the tonality of the microphone as well, in order to model one of a number of classic mics.

Even better than the real thing

By including the mic and the software, Townsend Labs is able to ensure that the recorded signal is of sufficient quality to enable accurate modelling of each of the microphones. The only stage Townsend is not controlling is the preamp. To ensure quality emulation, Townsend suggests using two matched preamps, preferably with digital gain control, in order to ensure that both the front and rear capsule are treated equally.

If you don’t have two matched preamps, it’s possible to get the gain very close on the two capsules and further align them using the calibration mode on the mic and the setup tools in the software. We used a pair of CAPI VP28 preamps with switched gain controls to ensure that both capsules were given the same gain. Even so, we found it helpful to check this with the Level Calibration tool in the plug-in. 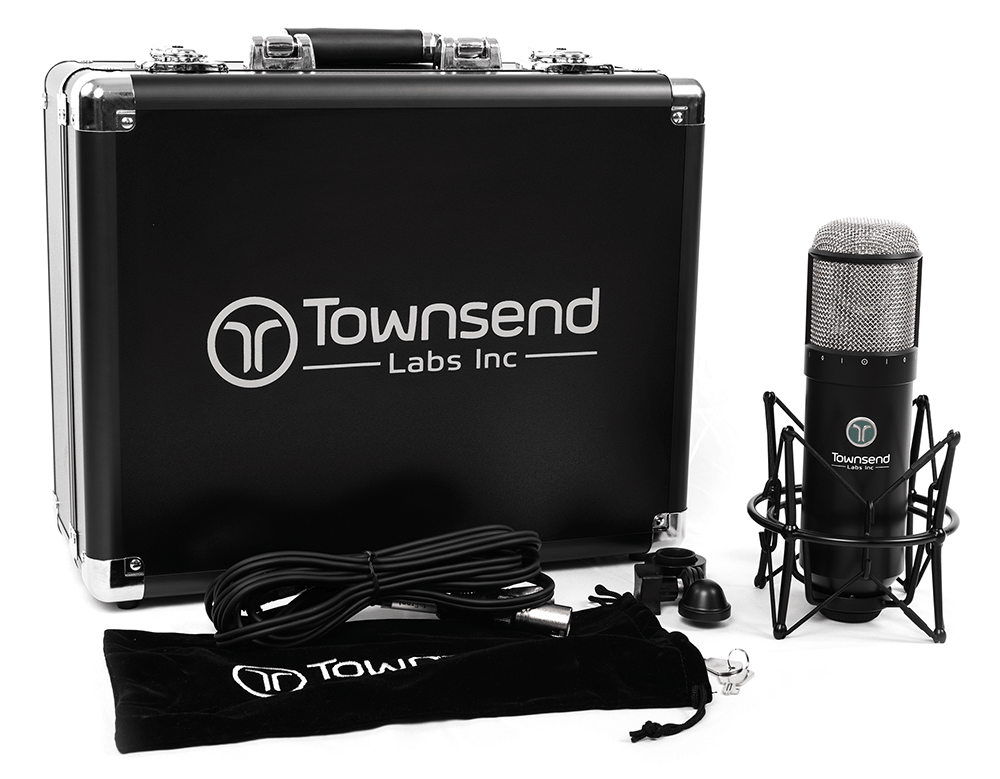 In direct comparison with the alternatives, the Sphere does a good job of capturing the vibe, tonality and pickup patterns of each of the mics. The LD-87 model sounds a lot like our Neumann U 87 Ai; the LD-12 model, by comparison, captured much of the presence of the AKG C12 VR, but didn’t quite capture the lower mids, which seemed throttled on the modelled version; unlike the LD-87 model, we could easily tell the difference between these two when blind-testing ourselves.

Switching to the RB-4038 model was a huge change, compared to each of the large-diaphragm condenser models, and even the small diaphragm SD-451. The ribbon model has plenty of additional low-end and a warmer, darker top-end, and while tonally, it seems quite similar to our Coles 4038, something was missing.

On voice, it was quite difficult to tell what that difference was, but on acoustic guitar, it became apparent that the Sphere RB-4038 didn’t quite capture the natural transient response of our Coles, and was compressing the signal slightly. On overdriven electric guitar, this difference probably isn’t going to matter much – and even on more percussive sources, the Sphere gets within the ballpark of a Coles 4038, and would make for a better ribbon mic than several others we’ve tried.

The response of the DN-57 model, similar to the RB-4038, was vastly different to any of the large-diaphragm mics and was closer to our Shure SM57 than the ribbon mic model was to our Coles 4038. Like the real thing, it has a naturally compressed sound, with a less broad band response, and a slight 2-4kHz presence peak, which can sound slightly nasal on the wrong sources, but can do wonders on snare drums, electric guitars and the right voice. 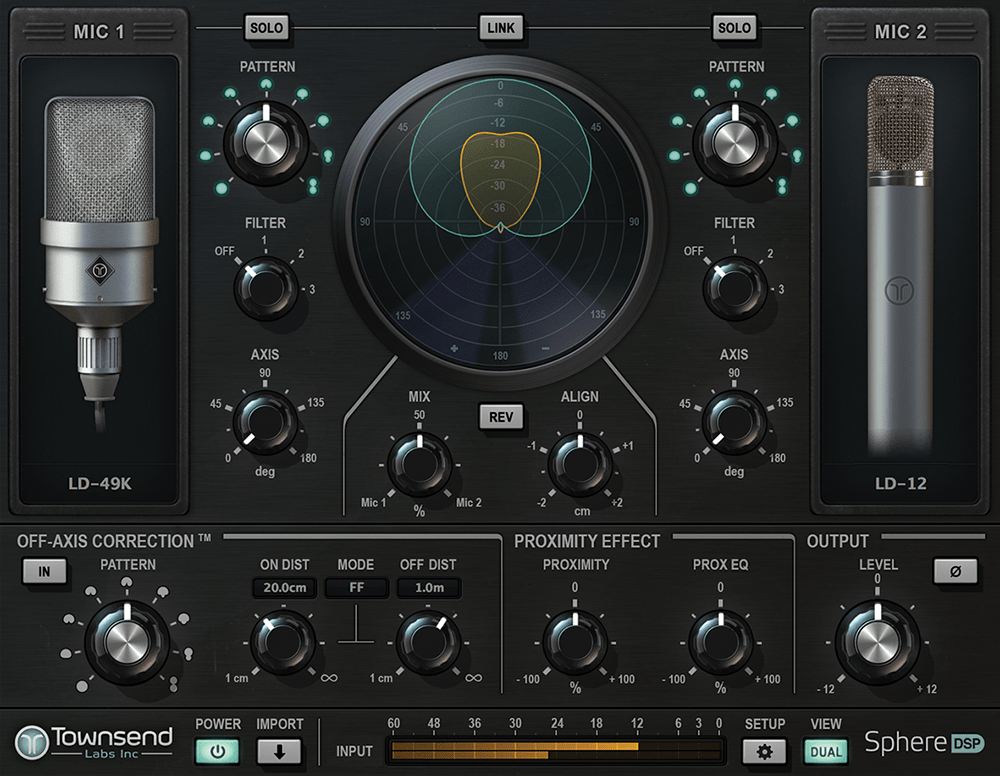 We’d all love to have a mic cabinet packed with fully serviced, vintage classics, but even if you could find the mics in good condition, finding the money to pay for them will cost you more than a deposit on a house. For most, owning a single U 47, U 67, C12, C800G or ELA M 251 is out of the question. The Sphere L22 puts these sounds within the reach of us mere mortals, and as such is an obvious choice.

More than a feeling

Overall, we were impressed with the quality of the mic models in comparison to their real-world counterparts. There were differences here and there, but for most people, the minutiae of differences between each model and the real thing aren’t going to matter so much. What is going to be important is how useful having each of these mic models to hand is for recording and mixing engineers.

And furthermore, how useful the other features of the Sphere system are, since this can not only model different microphones, but also allows you to setup two different models simultaneously, to create a blend, and alter the proximity effect, recording axis, and even make stereo recordings with the single microphone.

It’s fascinating to be able to experiment with mics typically outside of our arsenal. On our own vocal, the LD-47 quickly became a favourite, providing just the right blend of larger-than-life low end, clear upper midrange, and natural high end. Switching the Sphere plug-in to dual mode even enabled us to bring up both of these mics at the same time, blending between the two with a mix knob, and even doing the impossible, such as using the RB-4038 with a cardioid pickup pattern. 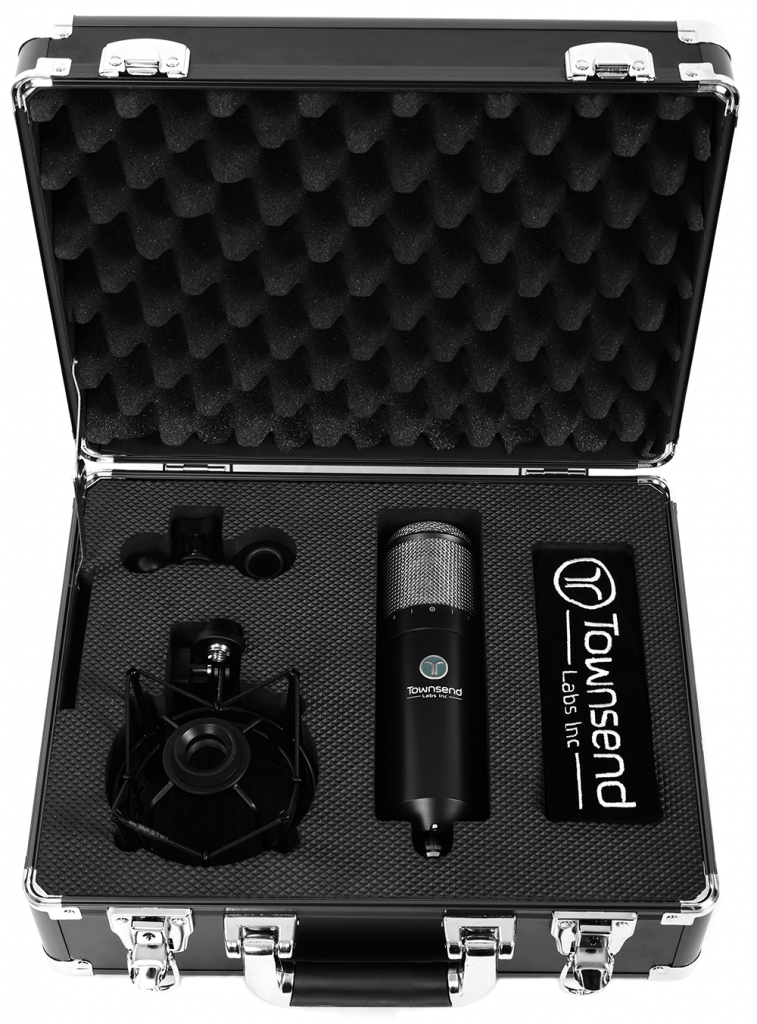 A slight blend of the RB-4038 into the LD-47 helped create a completely new mic option. However, the output of the standard Sphere plug-in is mono, so there is no option to pan the two mics separately. To do this, you have to use the Sphere 180 plug-in. This version of the plug-in has stereo outputs, and lets you setup a single Sphere microphone as a stereo microphone to create recordings, which can then be further manipulated in the plug-in.

On acoustic guitar, we got fantastic results by using the Sphere in this mode, putting an LD-49 model on the bridge side of the guitar and the SD-451 model on the neck. The plug-in then lets you determine the amount of width, to create a great stereo recording. This method took a little bit of experimentation to get right, but the end result was easily as good as something we might have recorded with two separate mics, and with far more creative control.

We loved having the Townsend Sphere L22 to experiment with. It’s a great quality microphone in its own right, but the opportunity to experiment with different options after the recording is over is invaluable. Townsend has already teamed up with Allen Sides at Ocean Way Studios and UAD to release an additional Ocean Way Microphone Collection.

This series doubles up on some of the microphones, and provides another U 47, M49, two AKG C12s and a prototype Sony C800, as well as more small-diaphragm and ribbon options, adding to the already incredible range of possibilities that the Sphere L22 offers as standard. 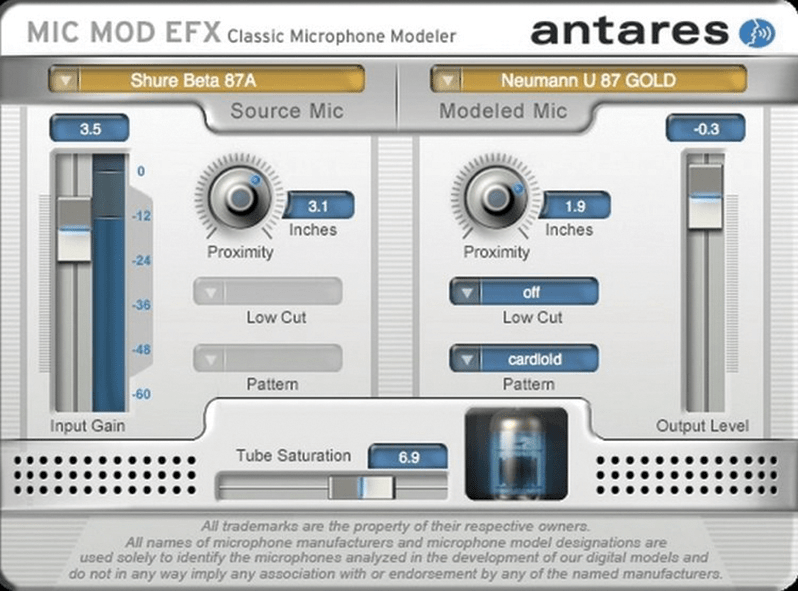 Antares’s software-only solution enables you to select from over 100 microphone models, using the mics already in your collection. Select the source mic from the software, so the spectral shaping technology can replace the sound of your mic with the mic being modelled. 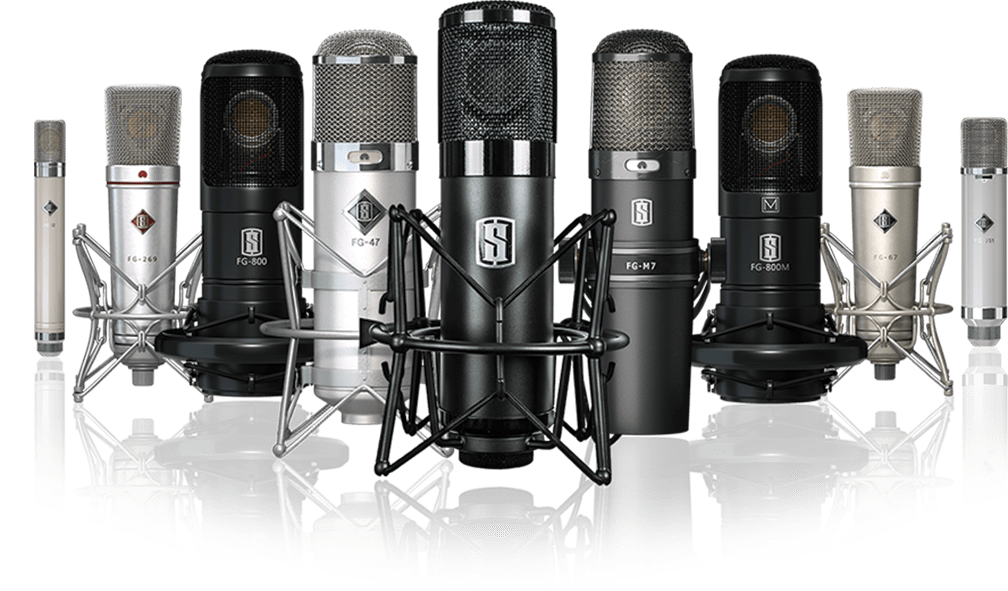