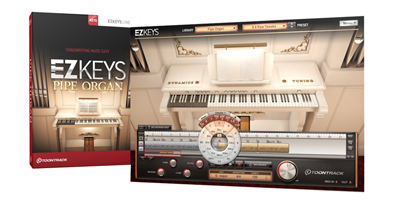 Majestic’ and ‘timeless’ are the words Toontrack use to describe its new EZkeys Pipe Organ. Keith Gemmell checks it out… 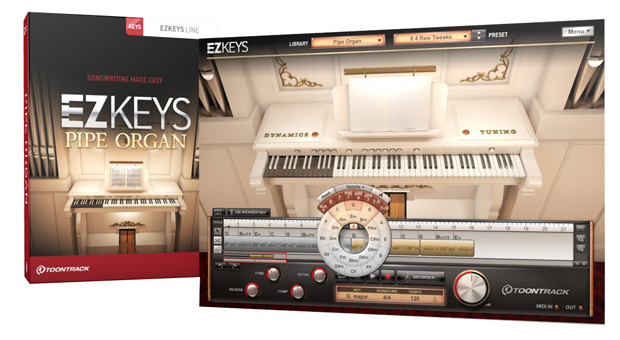 EZkeys has been steadily adding new keyboard instruments to its successful songwriting range for some time and the collection now includes eight instruments – six pianos, both acoustic and electric plus a recreation of the classic 60s mellotron.

The eighth, this new release, features the pipe organ from a medieval church in Sweden. Pipe organs are not usually associated with songwriting, unless perhaps you write hymns, but Toontrack tells us that it was designed to fit the songwriting-friendly format they are known for and includes the most characteristic pipe organ stops and instruments. There’s also a generous set of non-traditional presets for creating new soundscapes.

All Clear
Many pipe organs sound muddy and are tricky to record, especially those installed in large church buildings with poor acoustics.

Aware of the difficulties and because he wanted to create an instrument that could be used for both traditional and modern music, the man behind the sampling of the EZkeys Pipe Organ, Björn Gäfvert, himself an organist, chose to play and record the organ installed in the Täby Kyrka, a historic church dating back to the 13th century.

He tells us in the website promotional video that the sound is very smooth and clear, making it possible to play a large variety of music from baroque through to modern. 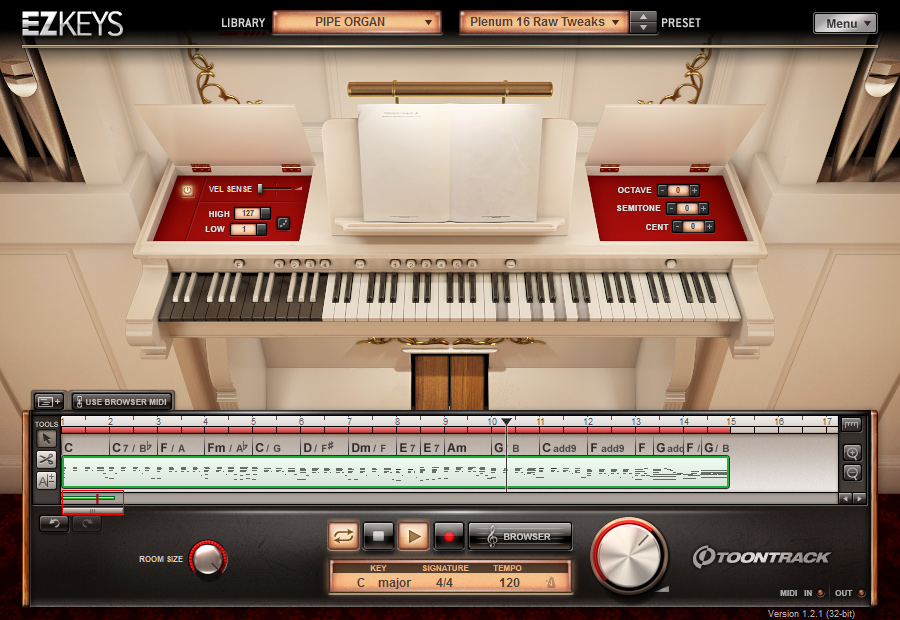 He recorded nearly every pipe on the organ but not every stop. Instead he chose the most useable, common combinations required for a realistic organ sound.

Upon opening the instrument we are met with the familiar EZkeys interface displaying an on-screen keyboard, a chord display plus tuning and dynamics controls, the latter discretely hidden beneath virtual lids at opposite ends of the keyboard.

Setting up sounds quickly is a simple matter of choosing one of the dozen mix ready presets.

Piping Up
Plenum 16’ is top of the list with a rich powerful sound, every note sounding pure and clear, no matter how full the chord. By contrast Mezzoforte 8’ has a much mellower flutey quality. The actual 4’ and 8’ basic flutes themselves posses a pipe-like tone, as you might expect but the 16’ 8’ flute is much fuller with a powerful full organ sound.

Reed Oboe and Strings are both good and the Tutti provides a full in-your-face organ sound, great with the Cathedral reverb, one of nine preset signal chain effects available. Each one can be tweaked if need be with its own set of individual controls although you are limited to a maximum of four at a time. 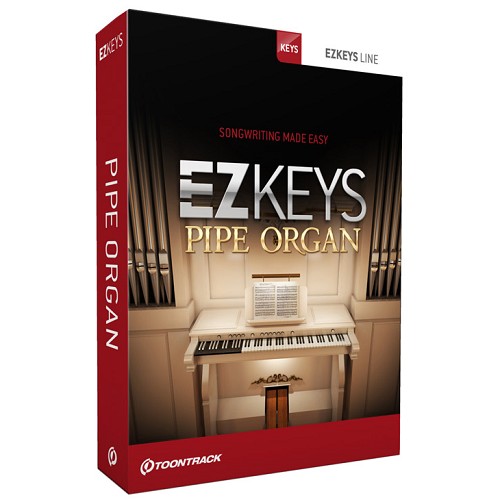 All the usual EZKey’s goodies are in evidence too, of course, including the built-in sequencer, a full MIDI library and songwriting and music education tools. There does not appear to be any specially-written MIDI files available for the EZ Pipe Organ yet but their library covers many popular styles.

This is definitely one of the best pipe organs that we have come across, especially at this price point. It’s extremely gratifying to play, mainly because of the extremely clear sound, which lends itself to almost any style of music, something that cannot be achieved on many church organs. Full marks to the developers for sampling a beautiful pipe organ from a modest-sized country church – it really does make all the difference. 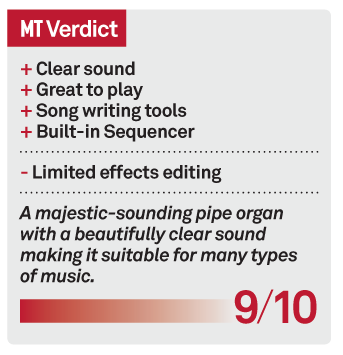