Thermionic Culture revisits one of its classics, and MusicTech hardware guru John Pickford finds himself reaching for his wallet. Again. Details Price £1,845 plus VAT Contact Thermionic Culture 01279 414770 Web www.thermionicculture.com Amazon.co.uk Widgets Thermionic Culture recently celebrated their 15th anniversary with the launch of two special limited edition products, one of which – the Phoenix HG15 […]

Thermionic Culture revisits one of its classics, and MusicTech hardware guru John Pickford finds himself reaching for his wallet. Again. 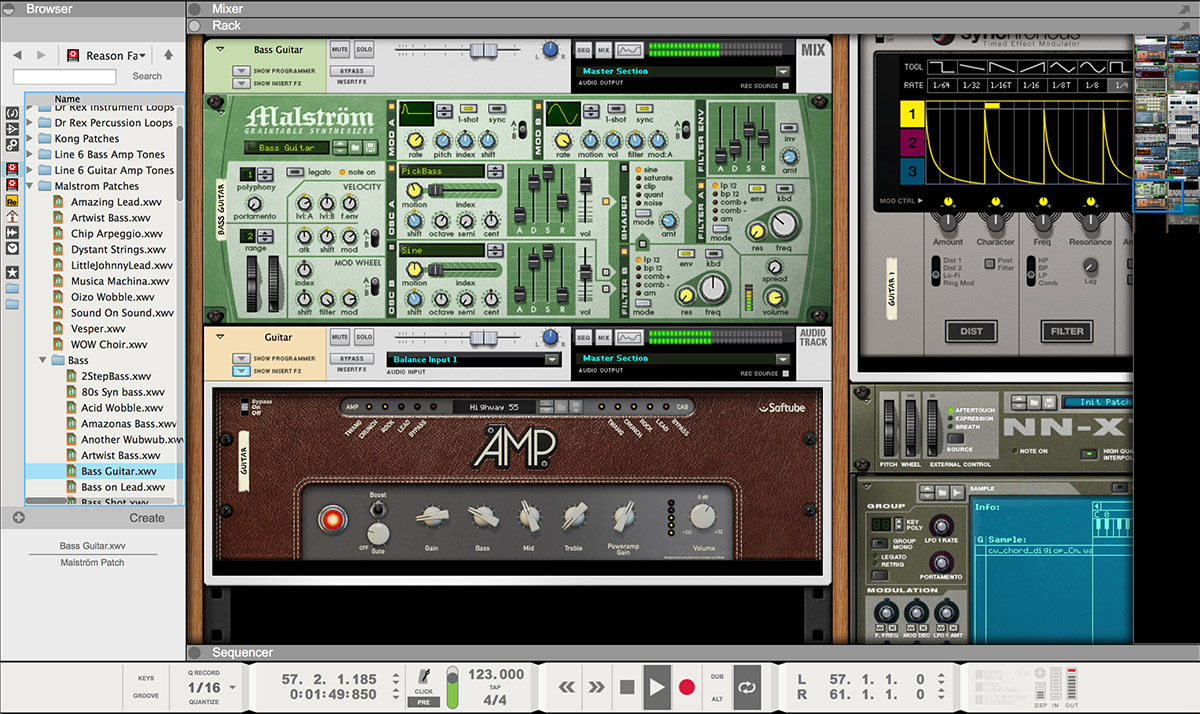 Thermionic Culture recently celebrated their 15th anniversary with the launch of two special limited edition products, one of which – the Phoenix HG15 compressor – received a glowing 10/10 from this reviewer, who liked it so much he bought it. Now, TC main man Vic Keary has revisited the award-winning Rooster, one of the company’s best-selling products.

Like its predecessor, the Rooster 2 is a two-channel pure-valve preamplifier capable of accepting microphone and line-level inputs as well as providing an unbalanced, high-impedance DI input socket on each channel for connecting instruments such as guitars and keyboards. The unit also offers some of the most musically satisfying EQ curves you are ever likely to hear, alongside the renowned ‘Attitude’ harmonic distortion control, more of which later.

Straight from the box the unit impresses with its smart looks and solid construction. Each channel has a row of high-quality rotary pots and switches that are very pleasing to the touch. The pots are UK-made Omeg conductive polymer types, sealed to provide long life and eliminate DC crackle, while the rotary switches are premium Alpha types from Taiwan. High-quality Sowter transformer-balanced input and output stages are employed, and basic LED metering is provided to read the output level of the unit after the output level control, enabling the user to monitor the output level feeding any unit (such as a compressor, for example) that immediately follows in the signal chain.

The preamp now offers a massive 87dB of gain on the microphone input, 8dB more than the earlier units. This, however, is with the unit operating at full blast with the Attitude control set to maximum. This makes the distortion characteristics of the Attitude control even more effective, giving a healthy dose of the gritty power available from the company’s Culture Vulture distortion unit. At the lowest Attitude setting, the unit provides 56dB of clean mic gain, which is plenty for any microphone, including insensitive designs such as our Coles 4038 ribbon mic. 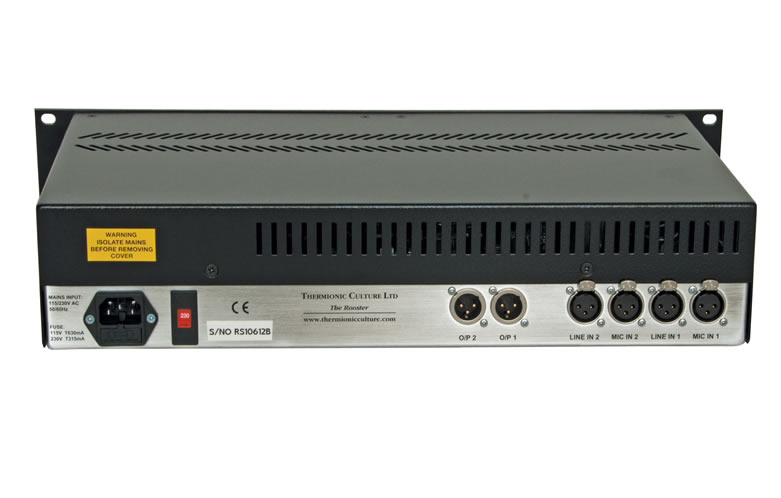 Tone On The Range
A vast variety of tones can be coaxed by making judicious use of the input and output level controls, which, when used in conjunction with the Attitude control offer everything from a full-bodied valve sound through to an overdriven tone with plenty of bite and dirt.
The cleanest sounds can be obtained by setting the output level to maximum, the Attitude control to its lowest position, and then adjusting the input level. As you might expect, the more aggressive tones are produced by selecting the full amount of Attitude and dialling in more input gain to drive the RTC 5654 ‘distortion’ valve.

Incidentally, the 5654 replaces the 5725 valve that was used in the original Rooster. This valve can be switched between Triode or Pentode mode, with Triode offering mainly second-order harmonic distortion and Pentode giving more third-order harmonic distortion (the Pentode setting is noticeably more aggressive and fuzzy compared to Triode). While we’re mentioning valve types it’s worth pointing out that the original unit’s 1287/ECC81 input valve has been replaced with a Sovtek 12AX7/ECC83 type; the output tube is a PCF 80. A Low Pass Filter (LPF) can be switched in after the distortion valve to reduce harsh high-frequency distortion effects – useful to retain raunch and edge without excessive top-end fizz.

As you would expect, the preamp section provides switches to select mic or line-level input sources, reverse polarity (phase) and engage 48V phantom power. The phantom power switch is a springloaded locking device, which prevents it being engaged accidentally when using ribbon mics – just be sure to check that it isn’t engaged before a ribbon mic is plugged in. Unlike many preamps there is no padding provided, but by making use of the relative input/output levels this shouldn’t be problematic.

Moving on to the EQ section there are three continuously variable rotary pots that control Bass Lift, Mid/Hi Lift and Mid Cut, along with a six-position rotary switch for Bass Cut. This EQ is a joy to use, providing a powerful range of EQ curves that shape flat signals in a sonically flattering way. It’s not a forensic tool for taming nasty frequency spikes – parametric or graphic EQs are better suited to that task – rather, it’s a superb tone enhancer designed to bring out the best in both individual sound sources and stereo mixes.

Looking at each control in turn, the Bass Lift features a vari-slope curve that peaks at 60Hz. At low amounts of boost the bass-lift gives a fairly broad shelving-type EQ curve, with higher levels of boost accentuating the lowest frequencies. The Mid/High Lift offers three options of broad boost, with switchable mid-frequencies peaking at either 2.5kHz or 4kHz, while the top end is another vari-slope curve peaking at 10kHz at full-boost.

It would have been useful to be able to bypass the EQ for comparison purposes, however this is not possible as the equalisers are in different parts of the circuit and the Attitude control, which is an integral part of the Rooster’s sound, has to be kept in circuit, designer Vic Keary tells us. He is, however, looking into the possibility of incorporating an EQ bypass on the Line stage to enable comparison when the unit is used during the mixing process.

Let There Be Drums
First job for the Rooster was to track a stereo pair of drum mics set up in the Glyn Johns method. For this session we also used the Phoenix HG15 for the bass-drum mic and our Early Bird mic-pre for snare along with a room mic, making for an exclusively Thermionic Culture drum kit recording. The stereo pair comprised a valve Neumann U 67 on the left channel, positioned near the floor tom, and a Coles 4038 high above the centre of the snare drum.

The 4038 ribbon mic needed a fair bit more input gain than the U 67, and also a good few dB of top boost. Both channels were improved with a touch of mid-cut and, with the Attitude controls set to position 4 in Triode mode, a punchy drum sound with space and depth was achieved when panned into stereo.

Later, when overdubbing a Fender P bass playing through a Bassman amp mic’d with a Neumann 47 Fet, the Rooster enhanced the bass tone when the Bass Lift and Bass Cut controls were used simultaneously. This is a brilliant feature, reminiscent of the low-end trick performed on the classic Pultec EQP-1A, producing a big, fat bottom end without unwanted congestion or boom.

Vocals also sounded fantastic through the Rooster, especially with a bit of Attitude dialled in. The effect, at times, was similar to analogue tape compression, producing a classic edgy, hot vocal sound.

During the review period the Rooster was used to track various sources, including our vintage Vox Continental organ plugged into the DI input. Again, the Attitude control was employed to impart a wonderfully present yet warm sound that would be impossible to achieve with a standard DI box.

To say that we were impressed with this unit would be a huge understatement. Even by Thermionic Culture’s standards this is a truly special product. The preamp has a fabulously big, open sound with bags of character. Even without touching the EQ the range of tonal options available by tweaking the input and output parameters and experimenting with the Attitude control is phenomenal.

The EQ section is very well thought-out and it’s possible to apply heavy doses of EQ without mangling the sound. This is a first-rate tracking device that needn’t sit idle during mixdown, as the delicious EQ and Attitude can breathe life into the dullest sounds. The Rooster 2 is a superb sounding preamplifier with a rock ’n’ roll heart. 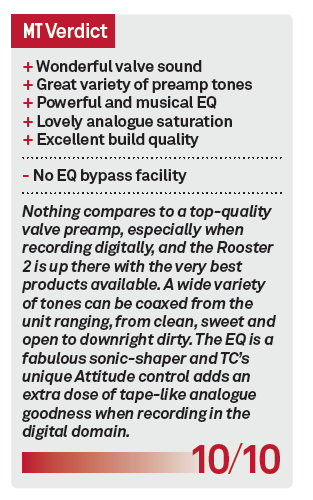