Recreating the classic tones of yesteryear is fast becoming a hallmark of this hot Texas company. Will its new take on vintage mix-bus compression receive a warm welcome or a frosty reception? 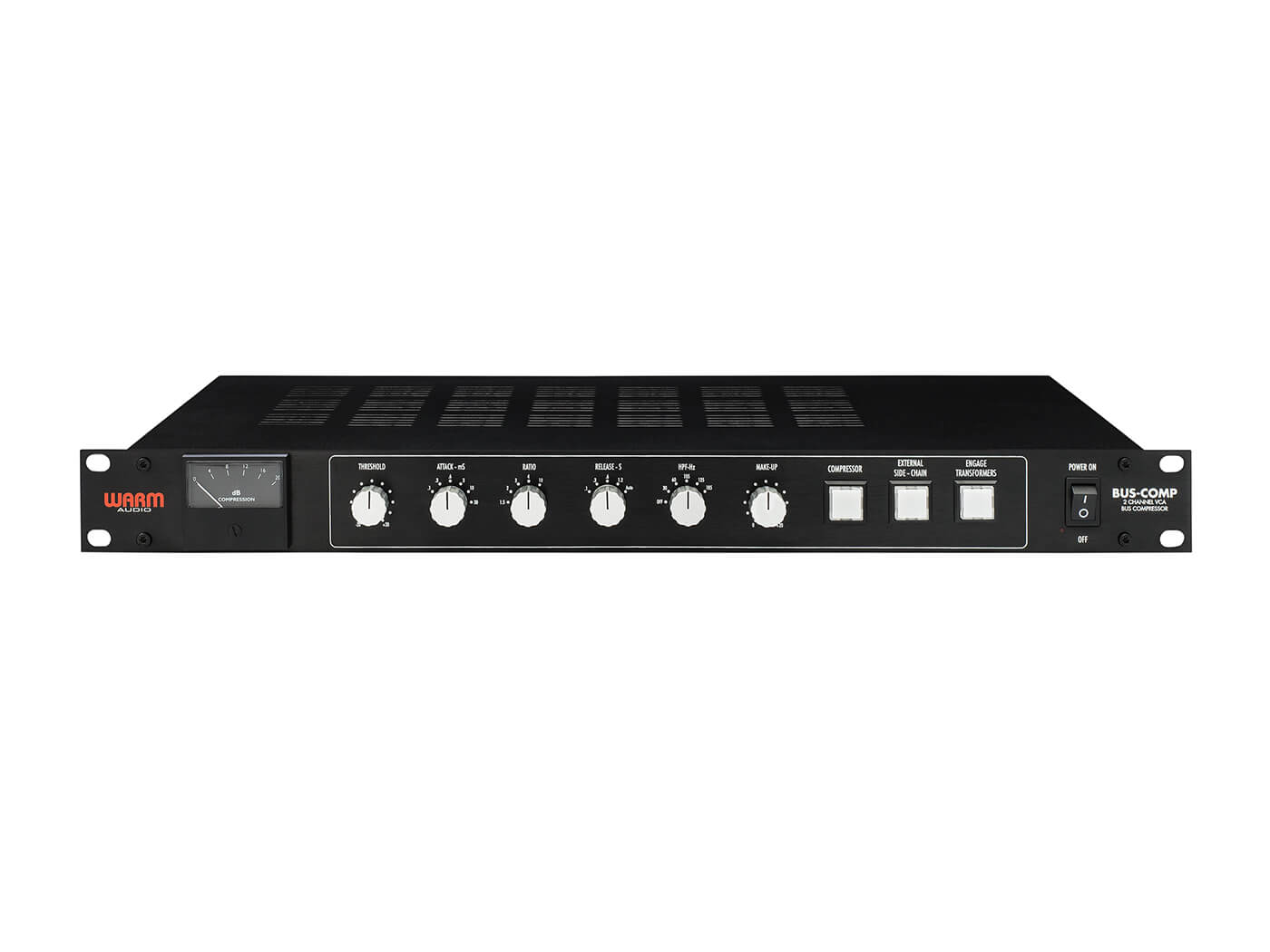 The Warm Audio Bus-Comp is an all-analogue, two-channel, stereo VCA bus compressor based on classic circuitry that has provided a silky smooth tone for decades now. That description comes from the company’s own product manual. What they don’t mention is that the classic circuitry in question is based upon the legendary SSL bus compressor. It’s possible that Warm Audio aren’t able to quote the Solid State Logic brand name or SSL abbreviation in their literature.

As a reviewer, however, I am not bound by such limitations. So, to be clear, this product appears to be the Austin firm’s take on the bus compressors found in the innovative SSL consoles from the mid-1970s onwards. The Bus-Comp isn’t a direct clone of any Solid State Logic product, though; it takes the classic stereo VCA compressor topology as its foundation and adds some useful features not found on SSL products past or present. 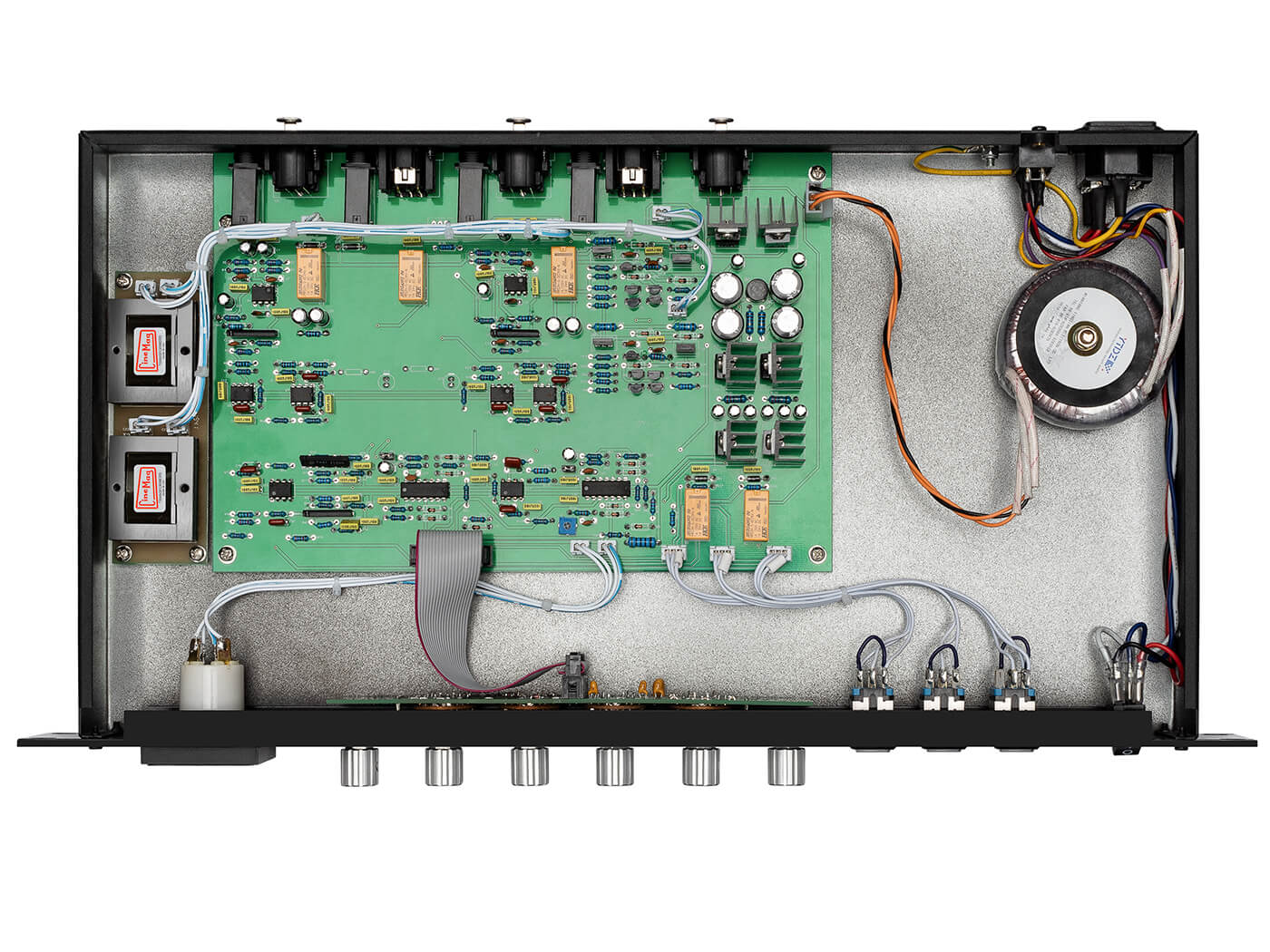 The Bus-Comp is an elegant 1U 19-inch rack-mount unit with a front panel that features an analogue dB (gain-reduction) meter, six rotary controls, three push-buttons, and a power switch. There are controls for threshold, attack, ratio, release, a high-pass filter and make-up (gain), in that order. It may be unusual not to have the two response-time settings adjacent to each other, however, this is how the controls are laid out on Solid State Logic’s G Series compressor. Being an SSL-styled unit, the Bus-Comp naturally follows suit.

This filter affects the audio entering the compression sidechain so that only frequencies above the filter point will be dynamically controlled, with lower frequencies left uncompressed; the filter does not cut bass content at the output stage of the unit. This is an extremely useful feature as it allows the unit to ignore low-frequency content that might otherwise induce unwanted compression effects.

Used across the main mix bus for example, it’s possible to tighten up the midrange and treble response without ​the bass instruments causing the compressor to pump, which can be an issue with particularly prominent kick drum tracks. Believe it or not, the original SSL units and indeed the G series compressor currently available do not support this feature. 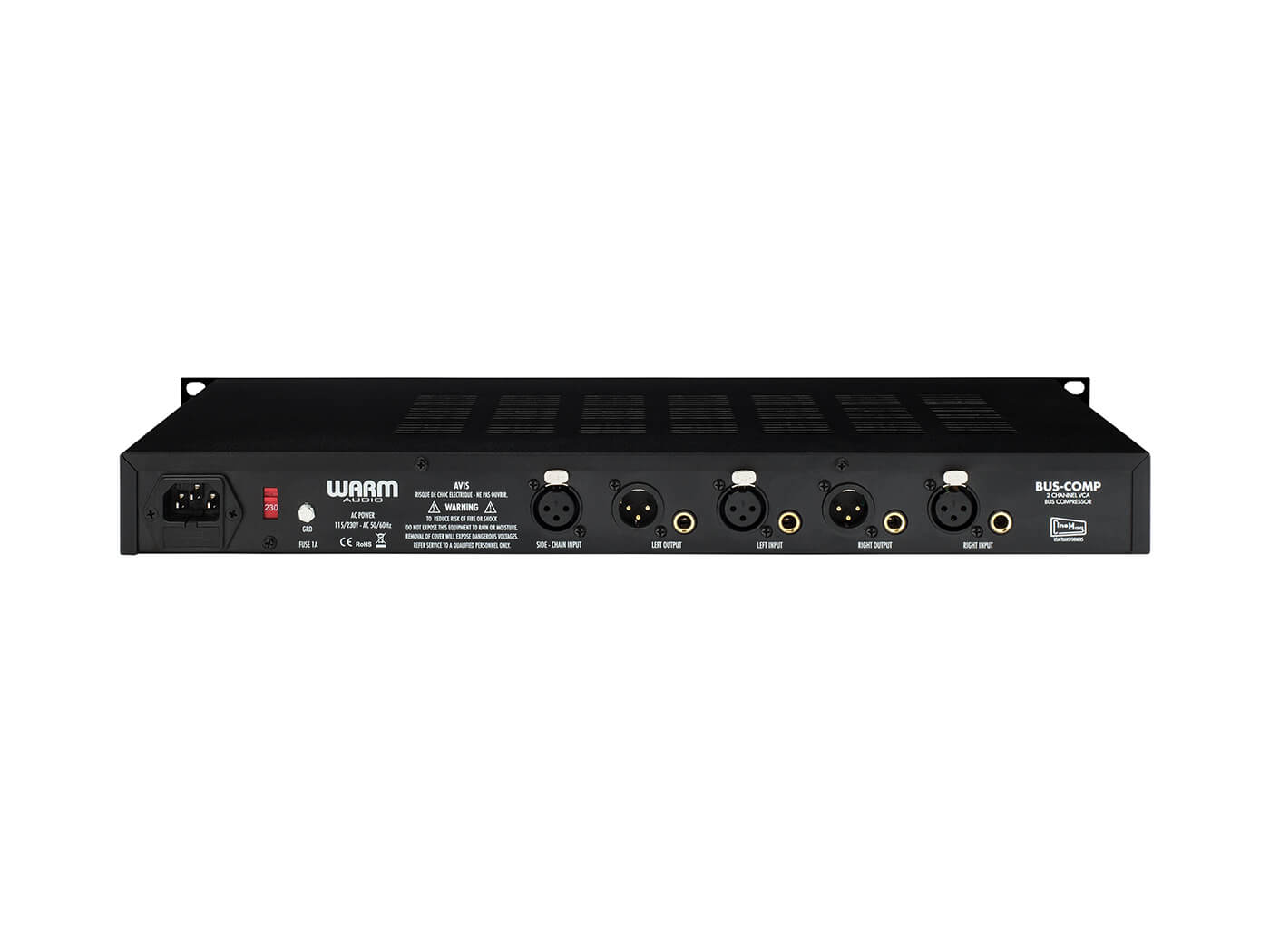 Push-buttons on the right-hand side of the front panel engage the unit’s compression circuit (compressor), allow for another unit to be inserted into the Bus-Comp’s external sidechain and, most interestingly, insert transformers into the signal path. These are custom components from US transformer gurus CineMag and are driven by fully discrete op-amps. In use, these transformers add a distinctive sonic character that inflates the sound with added harmonic content. This has the effect of expanding the stereo image, especially in terms of the depth of the soundstage, and imparting a richness of tone that adds warmth to the low-mids along with a honeyed glaze across the broader treble region.

To the left of the front panel is an analogue dB meter, which shows gain reduction only – there’s no facility for monitoring input or output levels. This is no big deal, however, as the gain make-up control, used in conjunction with the compression in/out switch, enables you to raise the audio level that the compression naturally reduces, which you can do with your ears rather than your eyes – always good practice when working with audio. Below the meter is a small adjustment screw that allows you to calibrate the meter needle to zero should it drift out of true.

On the rear panel, there is a socket for an IEC power lead, a voltage indicator to ensure the correct voltage for your location is set, and a ground terminal and fuse indicator. Inputs and outputs are available for both XLR and 1/4-inch jack connectors.

My first test sees me strap the Bus-Comp across an almost-finished mix. Given that this is a well-recorded female singer-songwriter track in the style of Aldous Harding rather than highly processed pop, rock or electronica, I proceed with caution. After selecting the 1.5:1 ratio, I set the attack-response time to medium-fast (6ms) with an automatic release time, and adjust the threshold so that the gain-reduction meter hovers above its resting position with barely a couple of dBs of compression.

Making up the gain before switching out the compressor for comparison reveals the transparency of the unit. While the Bus-Comp is capable of gently taming dynamics, it also preserves the integrity of the incoming signal, so I’m not aware of any changes in tone. Switching in the transformer is another matter however; the tonal character is transformed. While the resulting sound is certainly seductive, the difference was dramatic enough for me to question whether it was quite right for the track. 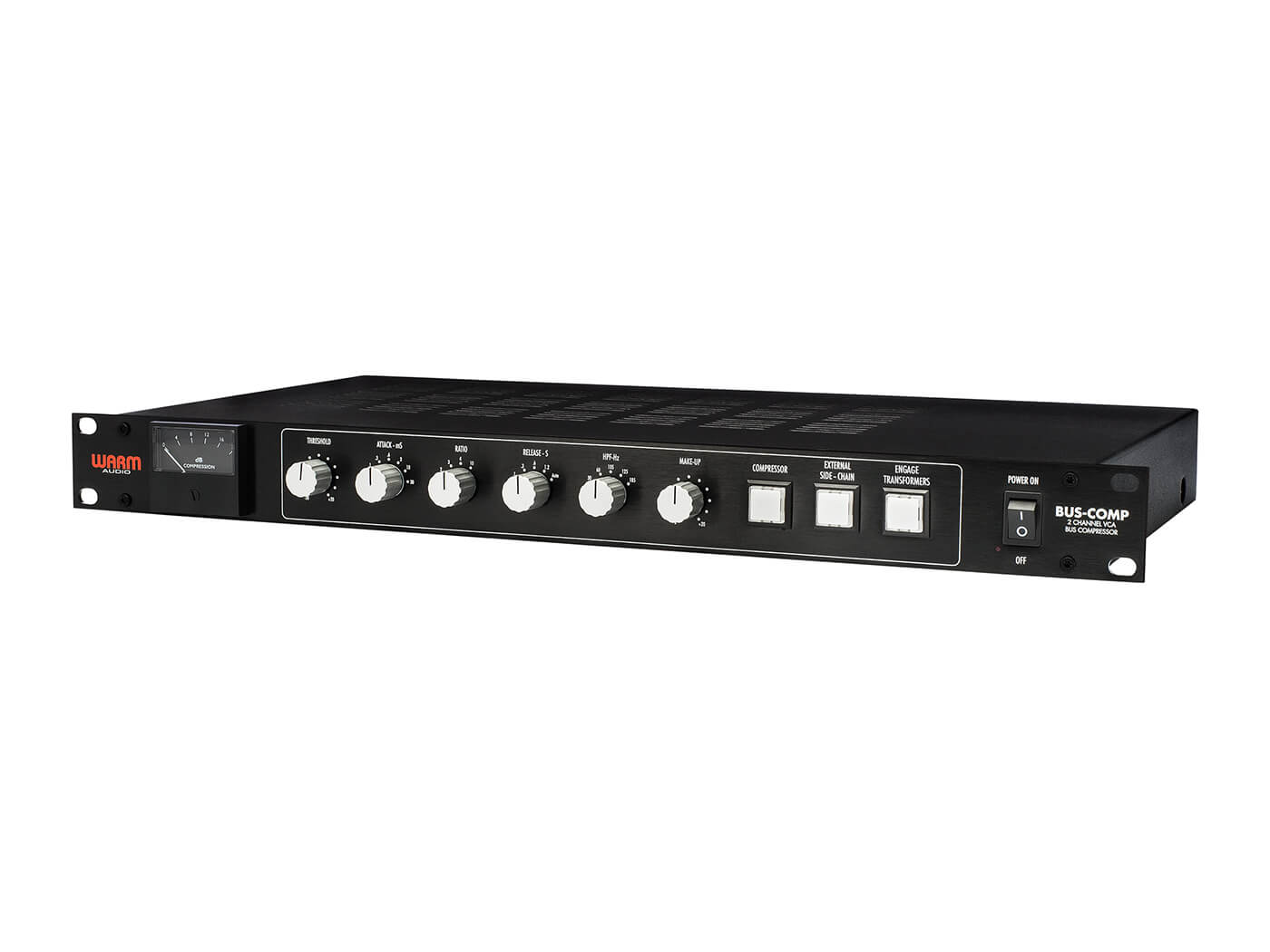 Having ascertained the unit’s even-handed nature at low compression levels, I dig out the session tapes for a recently completed synth-pop project that’s highly processed and features deep bass tones. Using my unmastered final mix with no compression applied, I adjust the threshold until the loudest peaks are causing more than 4dB of compression. At this stage, I switch in the HPF at 105Hz and watch as the meter reading decreases; the kick drum had been setting off the compressor. Then I engage the transformers and this time it’s a no-brainer – the expansiveness and richness of tone brings out the very best in the recording.

Keen to hear what the Bus-Comp can do at more extreme levels, I feed it a sub-mix of stereo drums. Setting the ratio high with fast attack and release times, I compress heavily until the sound is breathing rhythmically with the beat. Pushing harder, I increase the amount of signal fed to the compressor until the audio is pretty much smashed.

At this point, I begin thinking about how this type of extreme dynamics shaping would work with a parallel compression technique, which I performed in the traditional manner. Though it’s now common for compressors to feature wet/dry controls to facilitate this technique, the Bus-Comp, like the units that inspired it, doesn’t have one. Perhaps those who bemoan this should see it as an opportunity to brush up on old-school techniques.

As good as it gets

The SSL-style compressor in our review studio is the Smart Research C1, which retails at more than twice the price of the Bus-Comp. In terms of transparency to the original signal, there’s really nothing that separates the two units. The Smart, however, lacks both the high-pass filter and transformer output features.

Warm Audio’s range of classically styled, affordable and authentic-sounding outboard gear has been greatly enhanced by the addition of the Bus-Comp. This mix-bus compressor is almost as good as it gets. After you hear its CineMag transformers in action, you’ll be running as much audio as possible through the unit in search of beautifully enhanced tone. A warm reception indeed. 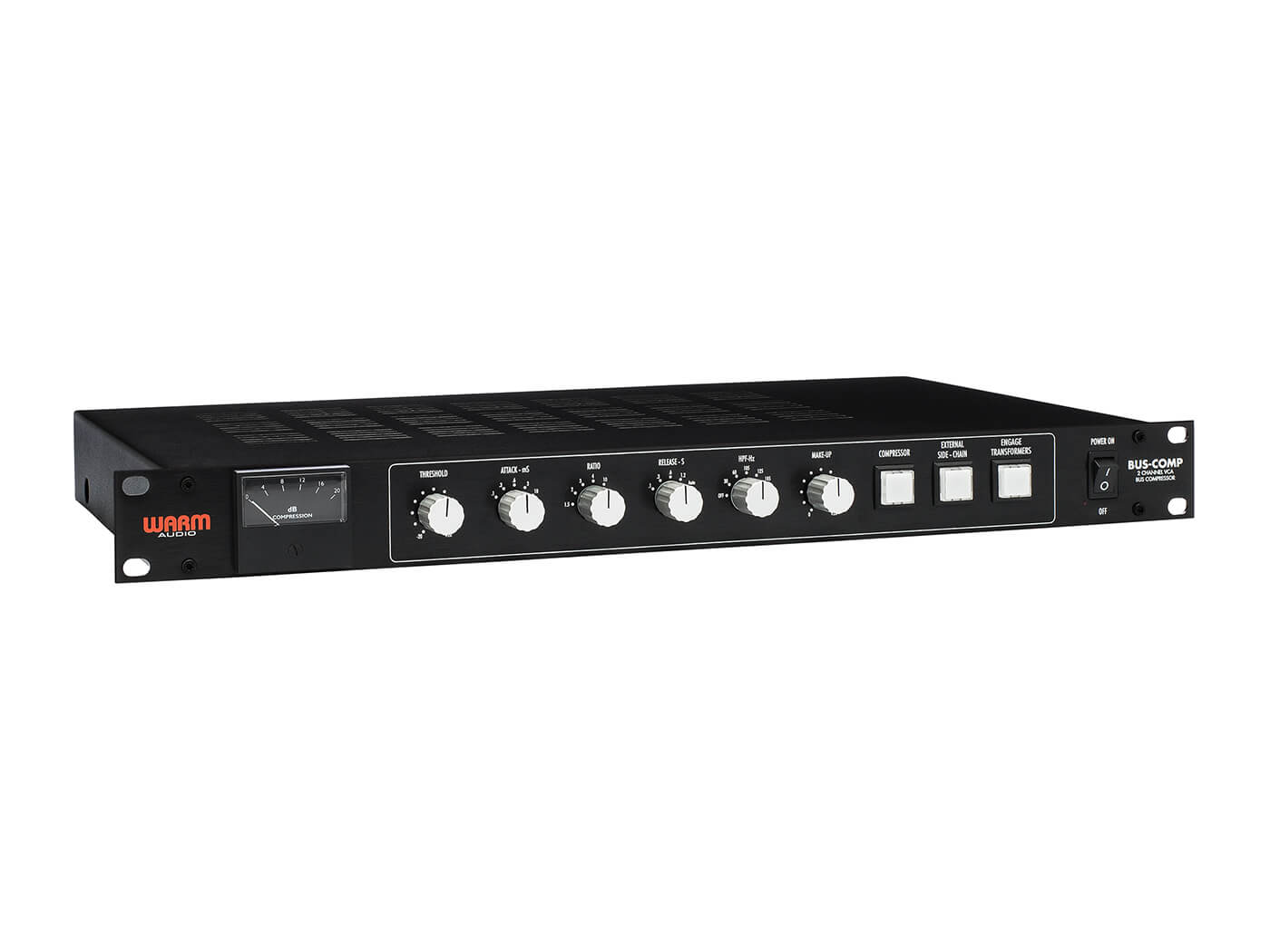 Whether or not you’re a fan of heavily compressed audio, mix-bus compression is often the key to achieving a professional-sounding radio-ready recording. This classic style of VCA compression, popularised by the groundbreaking SSL consoles of the 1970s and beyond, is perfect for providing just the right amount of glue to solidify your mix.

The Bus-Comp achieves this effortlessly and, with the transformers engaged, applying its own wonderful sonic signature. All subtlety aside, VCA compressors sound superb when used heavily to produce compression effects. Used on a stereo drum bus, for example, it can inject punch and drive or, pushed to extremes, will create explosive, surging and smashed-up audio effects. It can also be used to compress mono signals, though it can’t compress two different mono signals independently, as many two-channel units can. 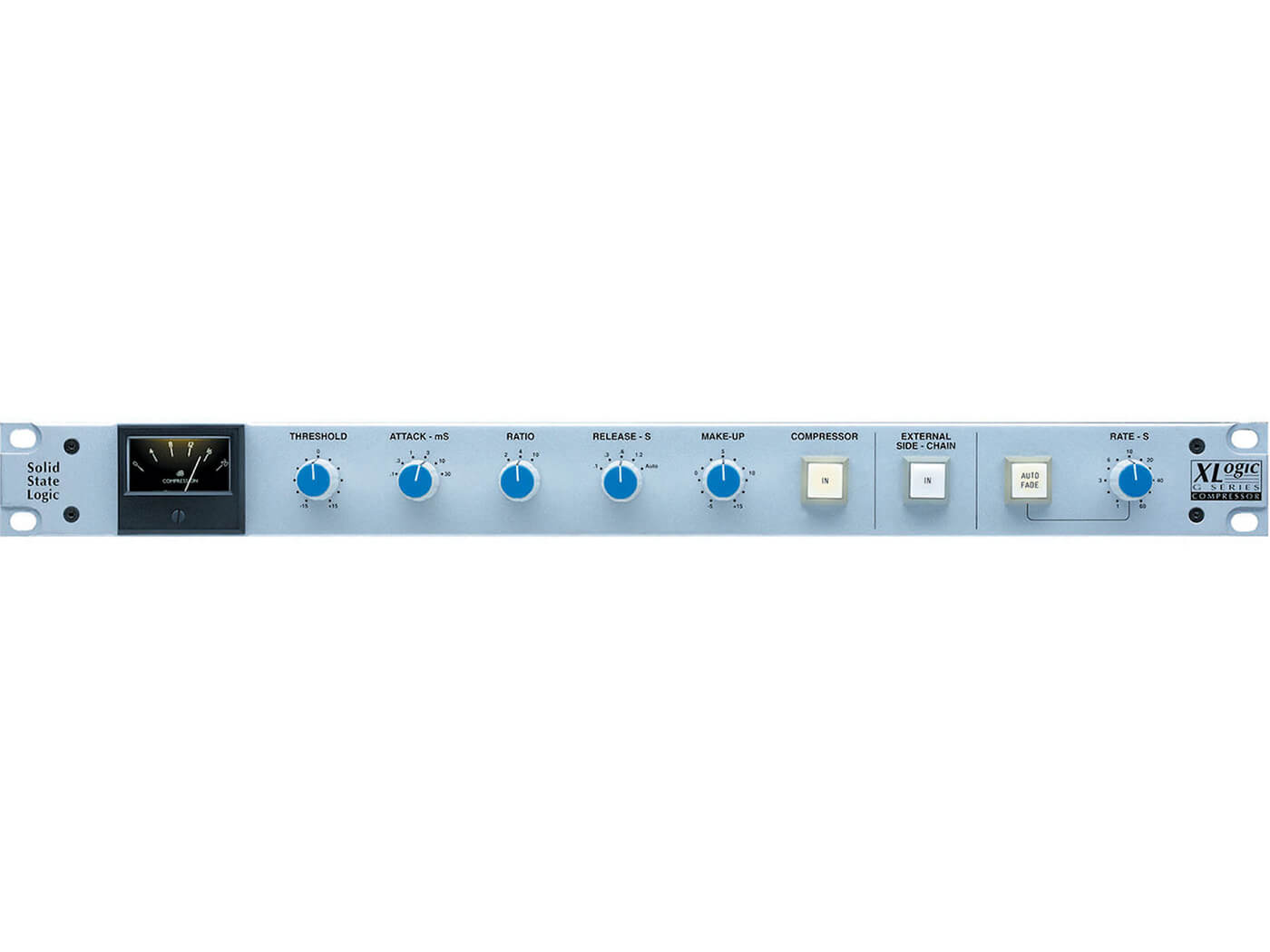 The authentic 1U rack-mount version of the G series console master bus compressor lacks the high-pass filter of the Bus-Comp but includes Auto Fade with rate control and automatic linear fade in/out control. 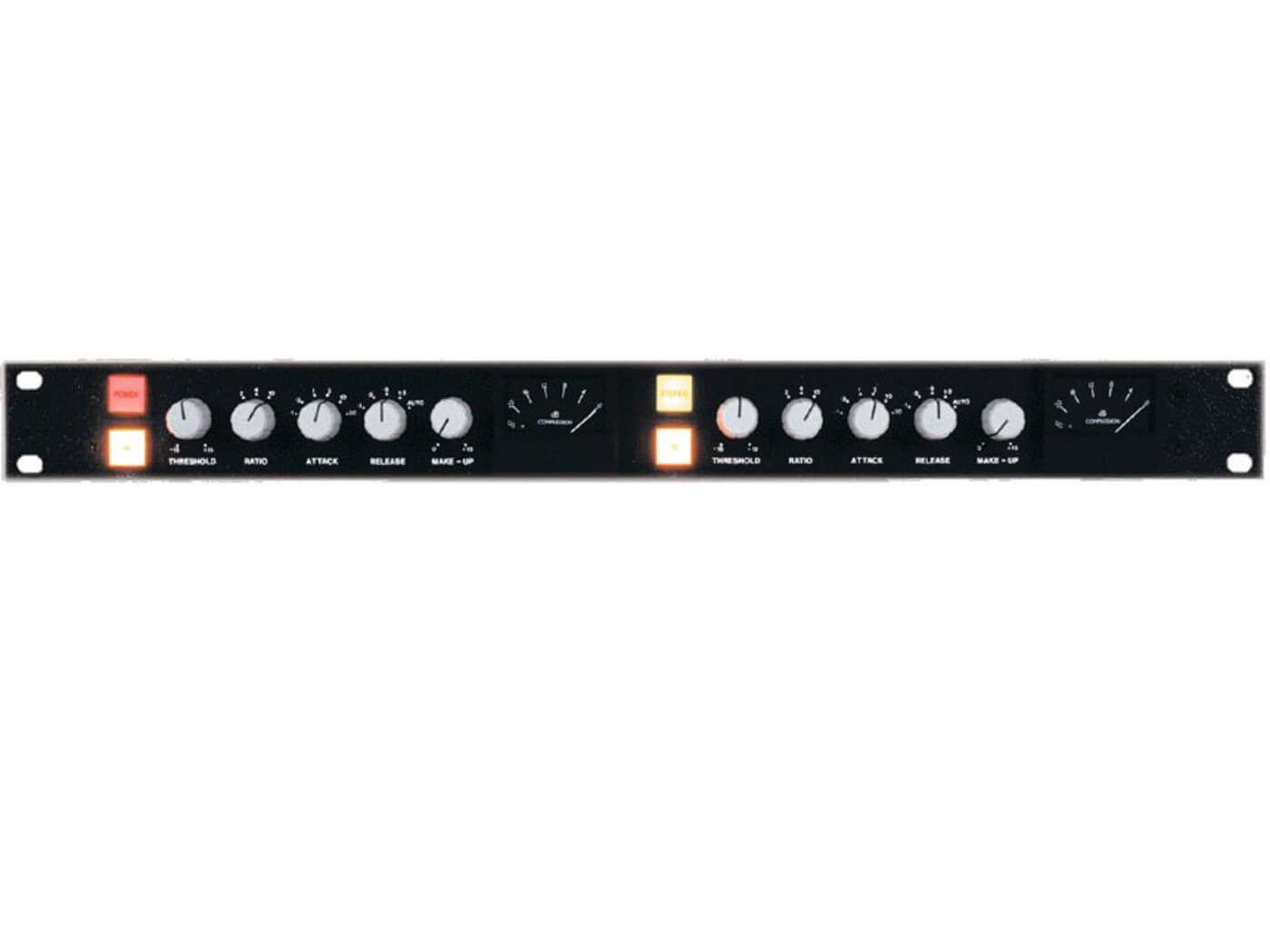 The C1 is a true two-channel VCA compressor with independent controls that can handle two mono signals simultaneously. There is a stereo link option but no high-pass filter or sidechain facility.