Flexible and cheap wired and Bluetooth speakers that offer the best of both worlds for connectivity, and a decent sound – at lower levels – for the money. 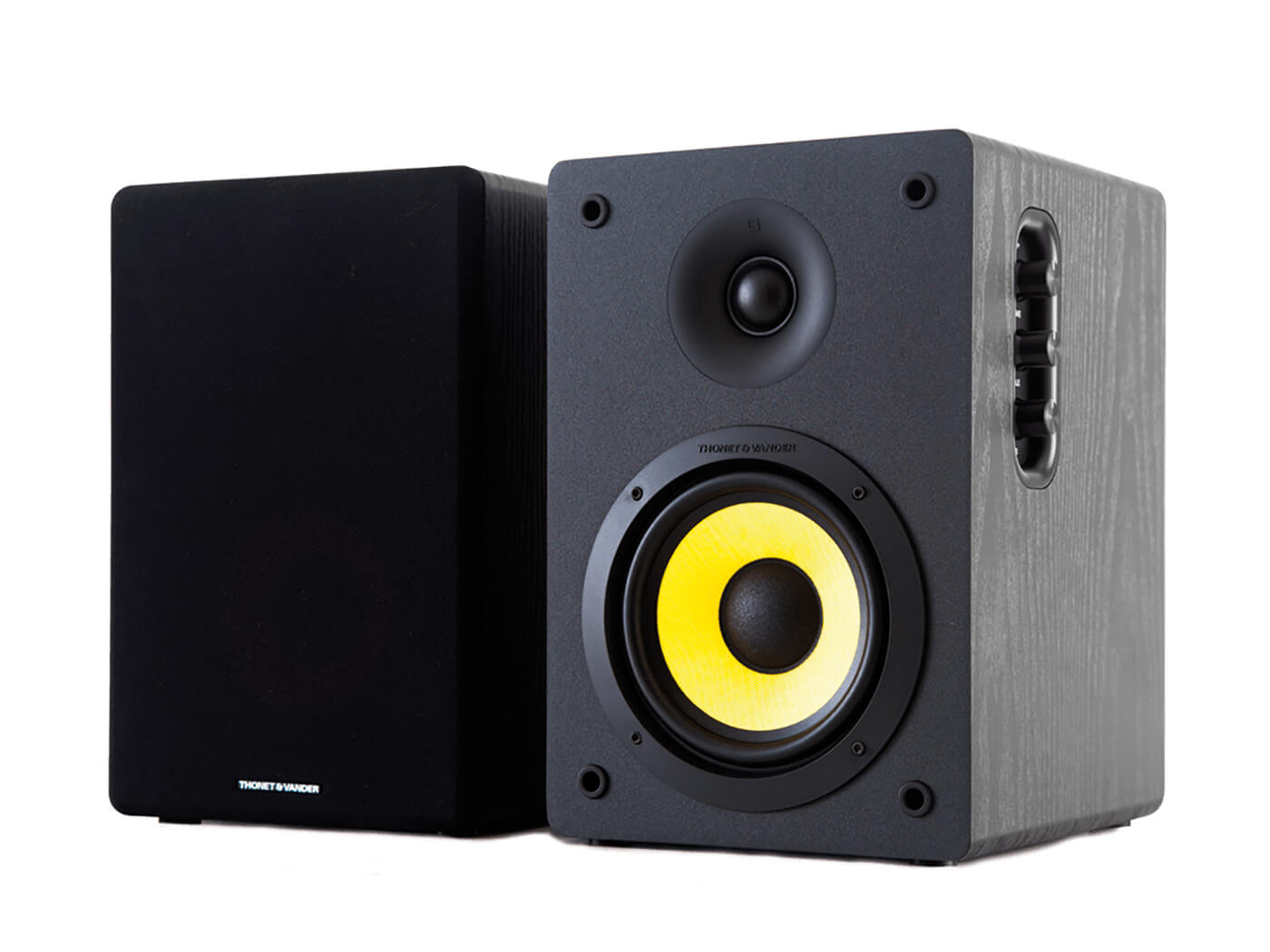 German company Thonet & Vander make speakers for a variety of tasks, from Bluetooth models, through multimedia and game designs, right up to high-end speakers for the studio, but a keen retail price seems to unite them all.

The Kurbis BT system appears to be modelling itself on studio bookshelf speakers but has a Bluetooth operation. This inevitably means you aren’t going to be able to record in real-time because of the delays that Bluetooth brings in. (The latency is increased so recording notes in time with a sequence as it plays in real-time is nigh on impossible – you’ll be cranking the quantising up to the max). But, these have a wired solution and, as we’ve noted before, Bluetooth speakers are getting cleverer, more sophisticated and better sounding. The Kurbis BT claims to have a flat response so could be a good solution for monitoring and identifying mix anomalies.

They certainly feel like a lot of speaker for the money: compact, robust and weighty for the less than 200 bucks outlay, although the flimsy polystyrene inner packages reveals some of the cost savings. The speakers pack a reasonable punch in sound too, delivering 68watts RMS between a 2-way speaker system. Handily, controls for volume, bass and treble are on the side of one of the speakers, not the rear of them, as you might expect.
They’re not truly wireless either. Unlike some of the more, shall we say, commercial Bluetooth speakers, these are two stereo speakers rather than a single novelty act so you’ll have to connect them together with a wire (supplied).

Connection is, as usual, easy via Bluetooth – they were picked up straight away – and they actually perform very well on an audio level… at least at lower volumes. We found them accurate and tight at medium to low levels, delivering a much better sound than their price tag suggests. But pushing them further seemed to push the treble far more than the bass, meaning you’d have to compensate – not that you should be monitoring at high levels anyway.

Latency via Bluetooth is an issue – around a second between a note press and hearing it – but there’s also a wired input by way of phono connections (a mini to phono cable is supplied) so latency is removed via these traditional means. Good for the cash!