Designed in-house by EMI, the REDD.51 marked a huge step forward in what could be achieved in one particularly famous studio. 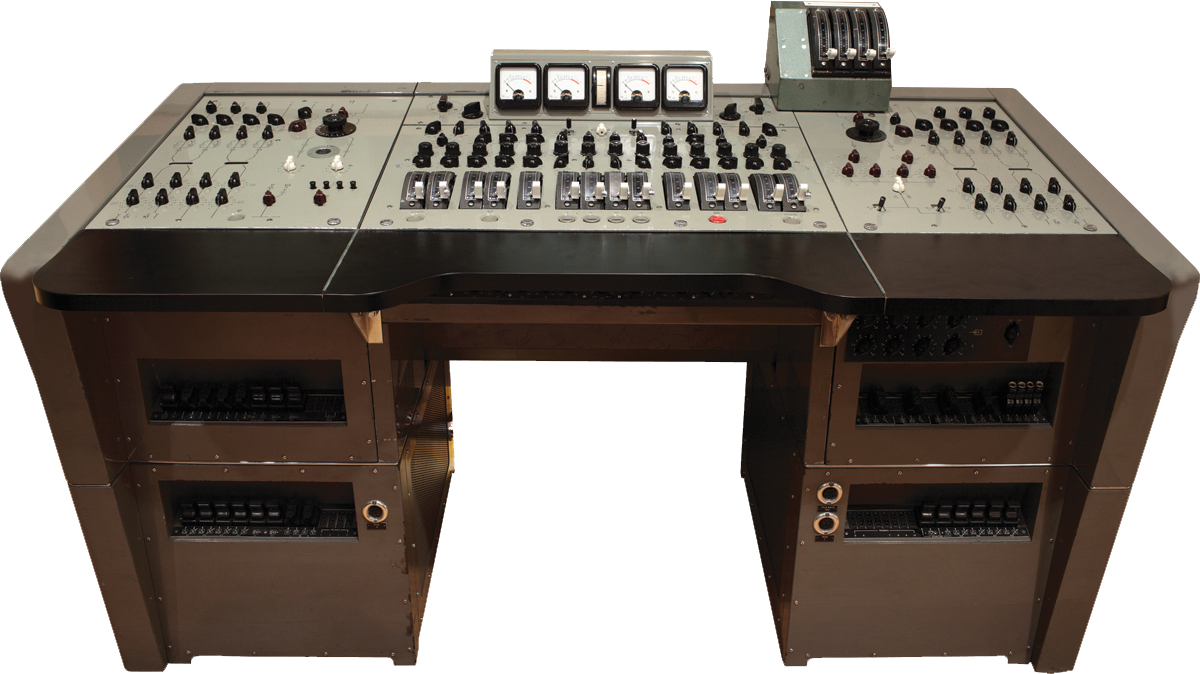 The REDD.51 made its appearance in Abbey Road’s Studio Two in 1964.  Photo: Hannes Beiger (www.herrbieger.de)

Fifty years ago, on 5 October, 1962, a musical milestone occurred with the release of the first Beatles record, Love Me Do, recorded at EMI’s Studio Two at Abbey Road in north London. Like the vast majority of Beatles recordings, the first two Pink Floyd albums and countless 60s pop hits, it was recorded on one of EMI’s in-house-designed REDD series of desks.

The Record Engineering Development Department (REDD) was a design team set up and headed by Abbey Road Technical Engineer Len Page in 1955, primarily to design mixing consoles that could be used to make stereo recordings. At the end of 1958 the department launched its REDD.37 console, the valve-driven desk used to record that historic first single by the Fab Four. Although this model has become known as ‘The Beatles’ Console’, a revised design – the REDD.51 – was installed in Abbey Road’s Studio Two early into their career, in January 1964.

In essence, the REDD.37 and .51 designs were similar; the latter model was a sleeker design that made use of REDD47 amplifiers in place of the earlier model’s Siemens V-72S units. Both mixers featured 14 Painton quadrant faders, which controlled the signal level of eight microphone input channels, two auxiliary channels and the four centrally placed faders that controlled the outputs to the 4-track tape machine. These four Main Faders operated in a similar way to the subgroups or busses found on modern-day consoles. Each fader could be routed to any of the four tracks on the Telefunken and Studer tape recorders used at Abbey Road, or any combination could be assigned to a single track.

The eight input channels could each receive two microphone sources, selectable via an Input Source switch. For channels 1–3 and 6–8, only one microphone could be used at any given time, so the selector was useful only to compare the relative merits of the two sources. However, channels 4 and 5 allowed both microphone inputs to be used, with an attenuation control for the second microphone to adjust the level before being sent to a Main Fader. Beatles engineer Geoff Emerick often used this feature on Ringo Starr’s drum track, with the main overhead AKG D19C appearing on channel 4, coupled with a Neumann KM56 underneath the snare drum on 4A. Any EQ applied to the channel would affect both mics.

The REDD.51 featured two types of EQ – ‘Pop’ and ‘Classic’ – both of which provided 10dB of shelving boost or cut at 100Hz. The ‘Classic’ treble EQ was also a shelving boost and cut at 10kHz, while the ‘Pop’ equaliser behaved as a peak-boost EQ centred around 5kHz, and a shelving-cut EQ at 10kHz. As these EQ options were quite limited, EMI designed an outboard ‘Presence Box’ to be used in conjunction with the desk; the RS127 provided 10dB of boost and cut at 2.7kHz, 3.5kHz and 10kHz.

Other knobs and switches found on the console included dedicated echo sends and returns with comprehensive monitoring facilities, and various styles of pan pots, including a unique ‘Spreader’, which controlled the width of the stereo image. The phase of stereo recordings was monitored by a Stereo Correlator meter positioned between four large VU meters, which monitored the four main outputs and 4-track tape monitor returns. 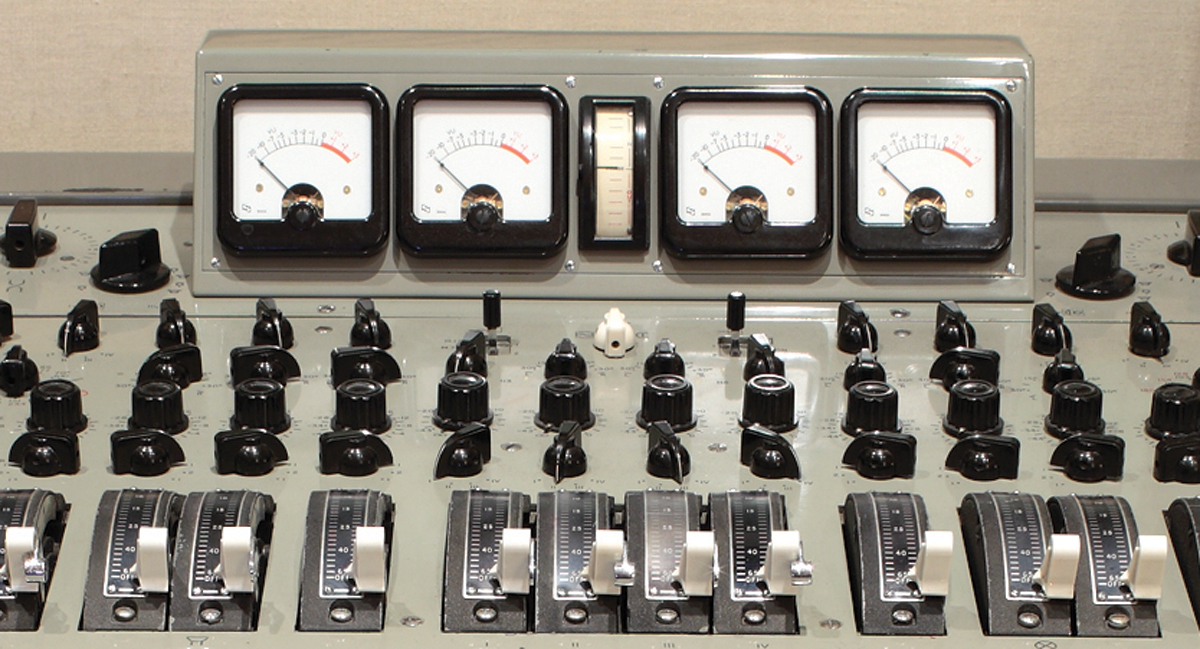 The four centrally placed faders that controlled the outputs to the 4-track tape machine.

The REDD series of valve mixing consoles were much-loved by the engineers at Abbey Road throughout the 1960s. When EMI unveiled their new 3M 8-track recorder in 1968, the REDD.51’s limited number of channels forced the company to retire them in favour of their new, solid-state TG12345 Console, which was installed in the control room of Studio Two in November of that year.

Although the new desk was considerably bigger than the REDD.51 and included comprehensive EQ and compressor/limiters on each channel, many engineers – Geoff Emerick included – found its sonic abilities lacking. The glorious all-valve sound of the REDD.51, the desk that set the benchmark for the sound of the 60s, was lost forever to a transistorised world.