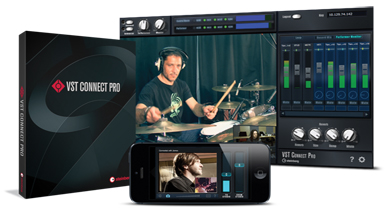 We’re always being told to collaborate online, so could Steinberg’s latest release finally make the dream a reality? Hollin Jones reveals all. 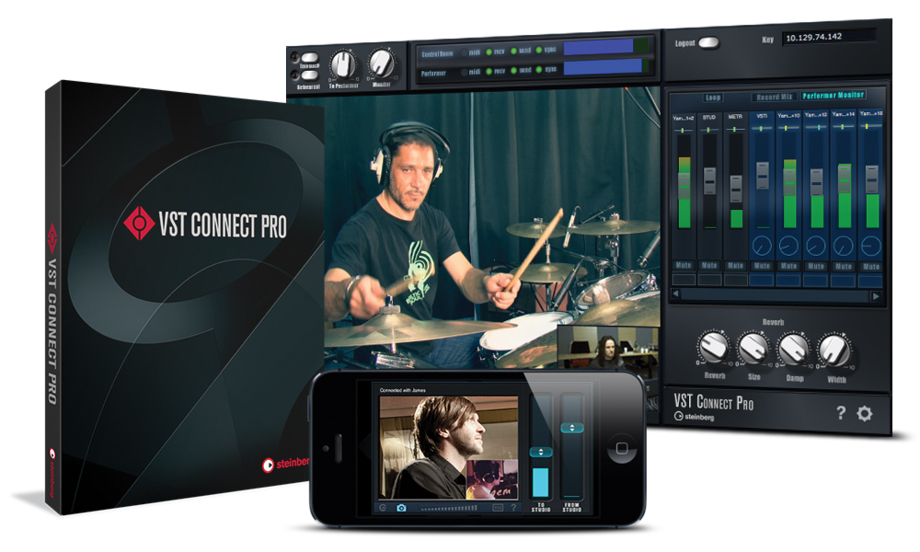 Much has been written about the possibilities of online collaboration in today’s hyper-connected world, but remarkably little has been done in the field of real-time collaboration. Now, with broadband speeds faster than ever, Steinberg has come up with a novel new way to enable working with musicians anywhere in the world –provided they have a decent connection. VST Connect Pro is a souped-up version of VST Connect SE2 found in Cubase 7.5, adding several features that will be important to professional users.

After downloading and authorising the software, several new plug-ins are installed into Cubase on your computer. The person at the other end can download the VST Connect Performer application for free, but as the administrator you make most of the settings from your end. You enter a name and a key is generated, which you give to the remote performer to enter and an encrypted peer-to-peer connection is established. There’s bi-directional video communication that works via your computer’s webcam, as well as talkback.

Making Connections
Before going any further, it’s worth addressing the obvious point about bandwidth. Steinberg states that you need a minimum upload bandwidth at either end of 256kbps, which is pretty low these days. More importantly, Steinberg strongly recommends using a wired rather than a wireless connection as it offers much greater signal stability. You’re therefore advised to plug your computer directly into your router, and while this may be a minor hassle (especially on recent Mac laptops with no native Ethernet port), if you’re serious about online collaboration you probably won’t balk at the idea of buying an adaptor.

It’s important also to understand a few things about the way VST Connect Pro works. The live video feed and up/ downstream audio feeds are all compressed, with bit-rate settings available in the Settings section, so you can tailor the feed quality to best suit your connection. Obviously the streaming quality is less important than the recording quality – and here’s the interesting part: when the takes are recorded they are captured in full-quality on the remote computer and in streamed-quality on yours.

After recording, you press the Get HD Files button to transfer those much larger, uncompressed files (up to 192kHz quality) to your session and have the streamed version replaced. This is pretty clever and gets around the need to try to stream full-quality audio live, which is still problematic over most home broadband connections. VST Connect SE 2 does this too, but with only a stereo rather than a multitrack feed.

Remote Control
In use, the sync is very good indeed and once you find the optimum settings you can get a nice balance of latency-free recording/performing. Up to 16 tracks can be recorded live, so it’s possible to capture live drum kits, for example, and you can control the cue mix sent to the remote performer, the metronome level and even EQ, compression and reverb on the feed.

MIDI is also supported and you can send/receive MIDI data from the remote performer so they can play virtual instruments on your system. You can send MIDI to them to be connected, for example, to a hardware synth; the output is recorded back into the app and ultimately back onto your system. As you might expect, this takes some concentration to set up since you have to trace your MIDI and audio paths not only on your setup, but on a remote setup, too. Once you have it working, though, it runs smoothly enough. There’s also LAN support for your local network, and as this takes the internet out of the equation you can ratchet up the quality settings.

While the benefits of using LAN are perhaps slightly less obvious, you might use it to play VSTs on another computer that aren’t installed on your system, or collaborate between two rooms in the same building – a hardware-equipped studio and a remote lab, for example. There’s also a free iOS app called Studio Pass that lets you stream a stereo mix to anyone you invite (complete with video chat), so that you could, for example, get a client’s views on a mix even when they aren’t physically in the studio. Unfortunately, this hadn’t made it onto the App Store at the time of writing so we couldn’t test it.

Pro Solution?
VST Connect Pro is a clever system that addresses a genuine gap in the market. It’s native to Cubase, of course, and its look is curiously a little dated by comparison to the slick and minimal GUI of Cubase itself. This doesn’t interfere with its operation, though, and even if you use it infrequently it’s still far cheaper than flying a drummer halfway around the world. Not everyone will need a tool like this, but when you do it’s incredibly useful to have. 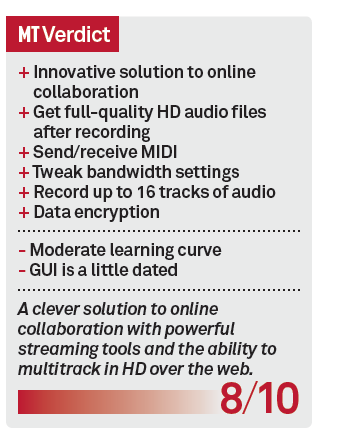