As always, Spitfire’s take on cinematic orchestral music has a uniquely British flavour. Keith Gemmell waves his Union Jack   Details Product Albion One Publisher Spitfire Audio Price £383 Contact via website Web www.spitfireaudio.com When the first version of Spitfire’s Albion appeared back in 2011, it caused quite a stir. Until then, Project SAM’s Symphobia […] 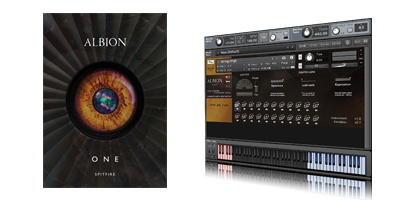 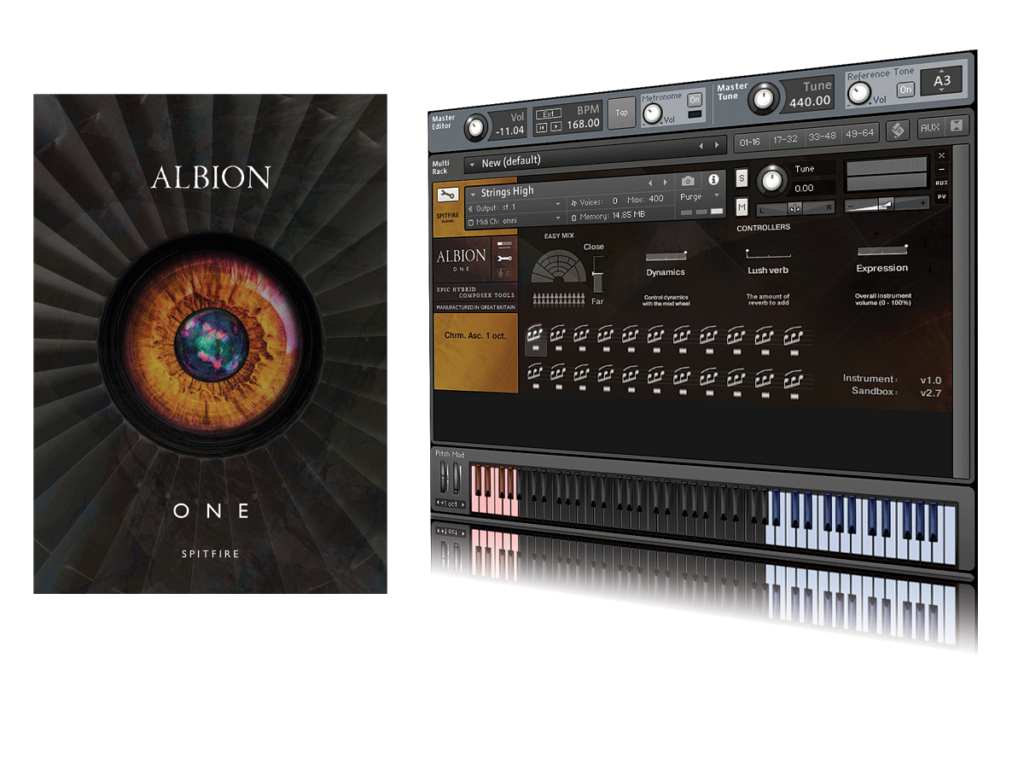 When the first version of Spitfire’s Albion appeared back in 2011, it caused quite a stir. Until then, Project SAM’s Symphobia ruled the roost when it came to orchestral sample libraries developed specifically for cinematic productions.

Albion went on to become a best seller and Spitfire followed up with numerous string and orchestral libraries, gaining valuable experience in the process – so much so that it decided to revisit the Albion concept and record a new, improved version, rather than just updating it. The orchestra was larger this time round (109 players) and more articulations were captured, along with a host of string runs.

The Darwin percussion was also re-recorded, and the Brunel loops and evocatively named Stephenson’s Steam Synth were redesigned. It’s all new material, but those patches that couldn’t be improved upon are tucked away in legacy folders.

All Together Now
As with the original library, Albion One provides a broad brush approach to composing with a sampled orchestra. Instead of individual sections, they’re combined – high strings, low strings, high brass, low brass and so on.

Although this works well with strings and brass, combined woodwind sections with instruments of very different timbres lumped together can, at times, sound a touch organ-like. Nevertheless, this approach is ideal for sketching out arrangements quickly, something that Spitfire was keen to emphasise in the original version. Because Albion is so good at providing powerhouse orchestral sounds, though, many composers working to a budget have used it in their final productions.

The GUI has been redesigned and the controls and text are much easier to read. The Ostinatum, a brilliant tool for generating repeated rhythmic patterns, is still there and a new ‘lush verb’ slider has been added for extra reverb. And for those who don’t care for setting up and adjusting the four microphones, an easy mix solution has been added with a simple close and far slider.

Do You Really Need This?
The idea behind the original Albion was to provide a sketching tool for cinematic orchestral mock-ups. It still fills that role admirably although with the new expansive high-quality content, it’s bound to find its way into many a finished product. It’s that good.

For serious orchestration, though, its broad brush approach of just high and low sections is inevitably limiting, and if you intend scoring for real players a fair amount of orchestration work will be necessary after sketching things out.

Lush Strings
The string ensembles are great: smooth, full-bodied and, when required, pretty powerful – especially the low patches. Link them to the Ostinatum and exciting action-style ostinatos can be conjured at the drop of a hat. All the important articulations required for film scoring are present, along with a comprehensive set of string runs. These are nothing short of spectacular, with high and low major and minor ascending and descending versions between one and three octaves.

The brass ensembles are pretty nifty, too. Articulations, though, are limited to long and short with full-blown ‘nasty’ versions. This is probably all that’s needed for the general broad brush approach of this library, and ideal for epic scores, where the finer details of orchestral playing are not much used.
Woodwinds, on the other hand, are used more sparingly in modern film scores and usually reserved for quieter passages.

Like the brass, articulations are limited to longs and shorts, with two versions – one with the various instruments of the ensemble popping in and out according to their playing ranges and another ‘arranged’ version with octave doubles and so on for a fatter sound. However, considering the importance of woodwind runs in some film music, a selection would be useful. 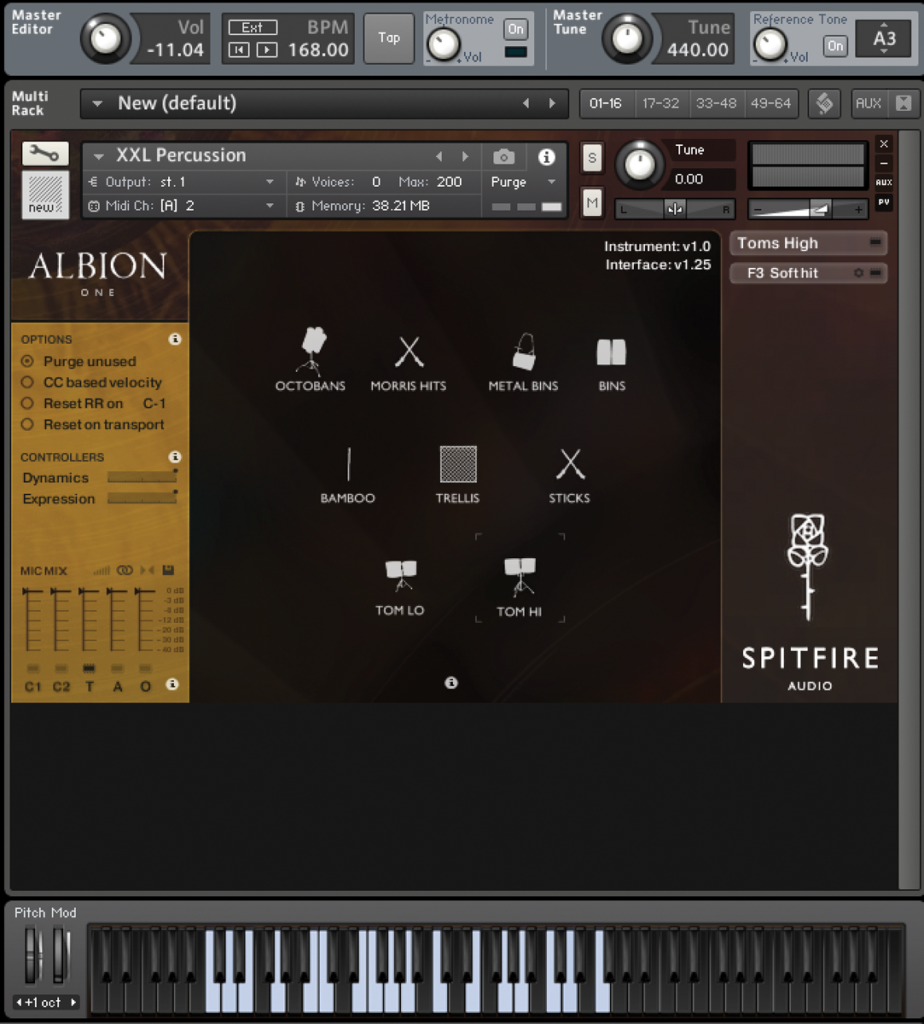 1: Darwinious Maximus
Cinematic percussion is well represented in the Darwinians Maximus section with “some of the largest drums in London”, according to Spitfire Audio. Some are recorded in sections, some solo and some hyped up for blockbuster-style productions. Patches include a Percussion Ensemble, Hyper Toms, XXL Percussion and our favourite, Easter Island – a collection of truly thunderous and menacing hits. Glorious stuff. 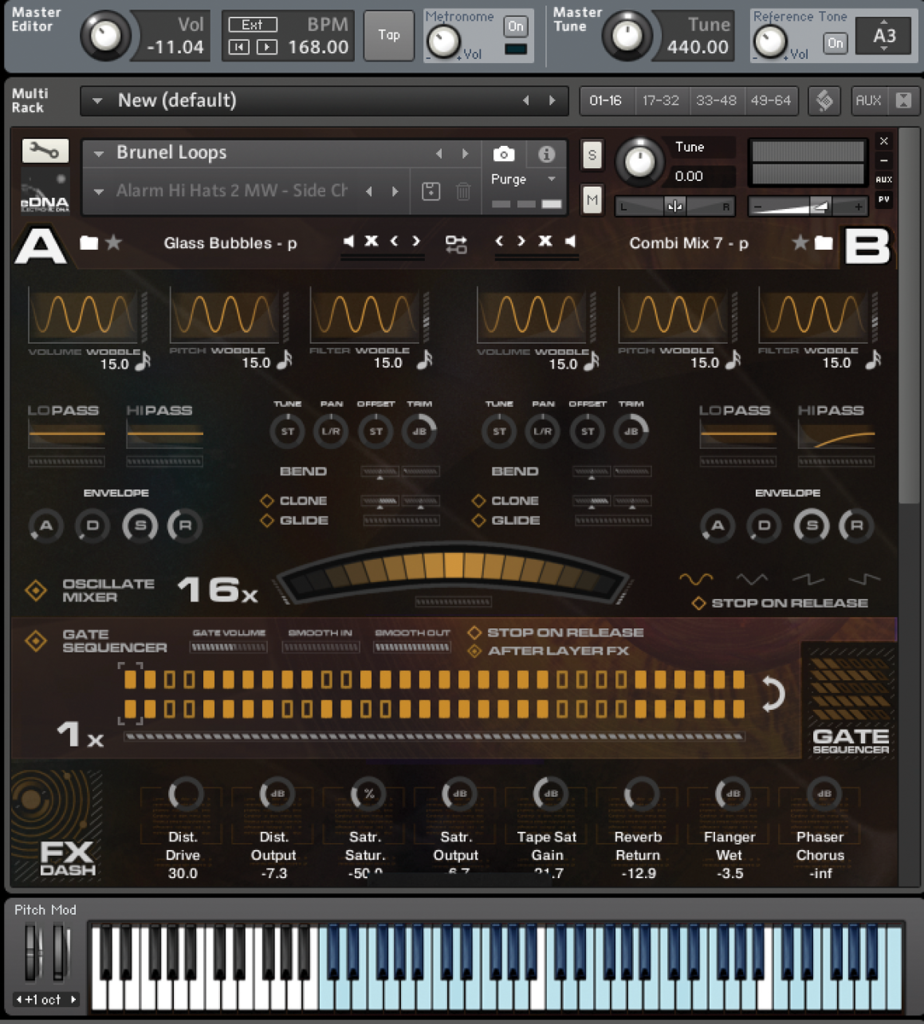 2: Brunel Loops
Top percussionist Paul Clarvis recorded hundreds of raw and warped loops for the Brunel Loops patches, playing a collection of oddities such as chopsticks, egg poachers, clay pots and the amusingly titled Ex-wifes Bones. Three dynamic layers are available and can be
easily crossfaded. 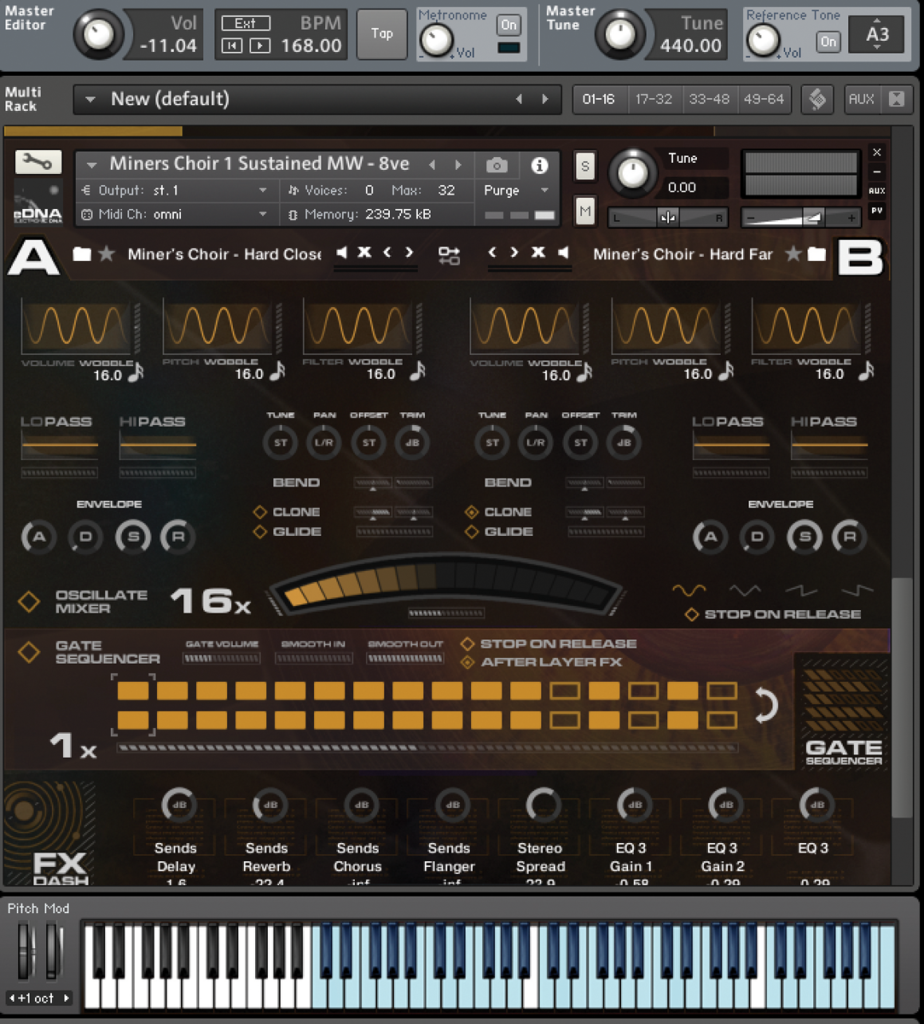 3: Stephenson’s Steam Band
Pads, drones, atmospheres, effects and so on, can all be found in Stephenson’s Steam Band – a collection of ‘synth’ presets programmed using Albion’s new orchestral samples as source material and driven by Spitfire’s eminently tweakable eDNA engine. This one is the Miners Choir – definitely not the kind of Welsh choir that you may have heard Harry Secombe fronting.

Alternatives
Project Sam’s Symphobia series of libraries are probably the closest match to Albion One. Symphobia 1 was released some time before the original Albion and remains a bestseller today. The entire series was recorded in a famous Dutch concert hall using two microphone positions, stage and close. It, too, focuses on ensembles, with a rich selection of orchestrations and articulations.

EARTH Works
There’s a mass of non-orchestral material available in Brunel Loops and Stephenson’s Massive Steam Synth. They both contain a huge array of presets and are powered by the eDNA engine, EARTH, which features two independent mini synths/sample players working in tandem producing sounds that are then further processed with an array of synth controls and effects racks.

The presets sound great out of the box, but if you’re into tweaking you’ll have a field day. However, modifying them and creating your own sounds is a complex process and requires a good deal of manual reading and practice.

Albion One is a big step up from the original version. It’s intuitive and yields gratifying results at surface level but if you want to, it’s possible to dig very deep with the eDNA synth engine. 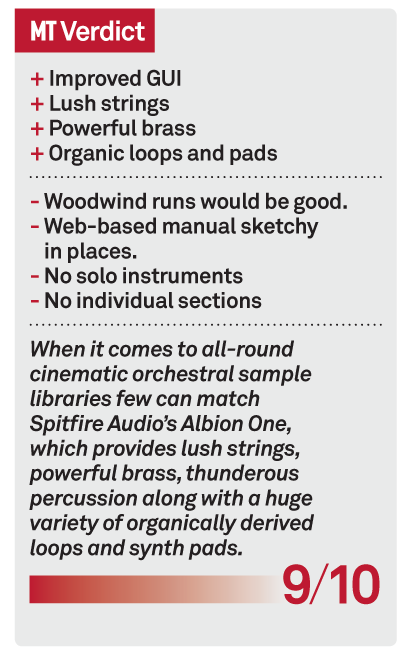