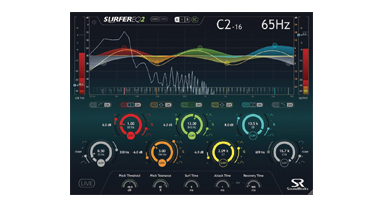 Could Sound Radix’s new update to SurferEQ be the ultimate pitch-tracking equaliser? Alex Holmes hits the waves in our review of SurferEQ 2… 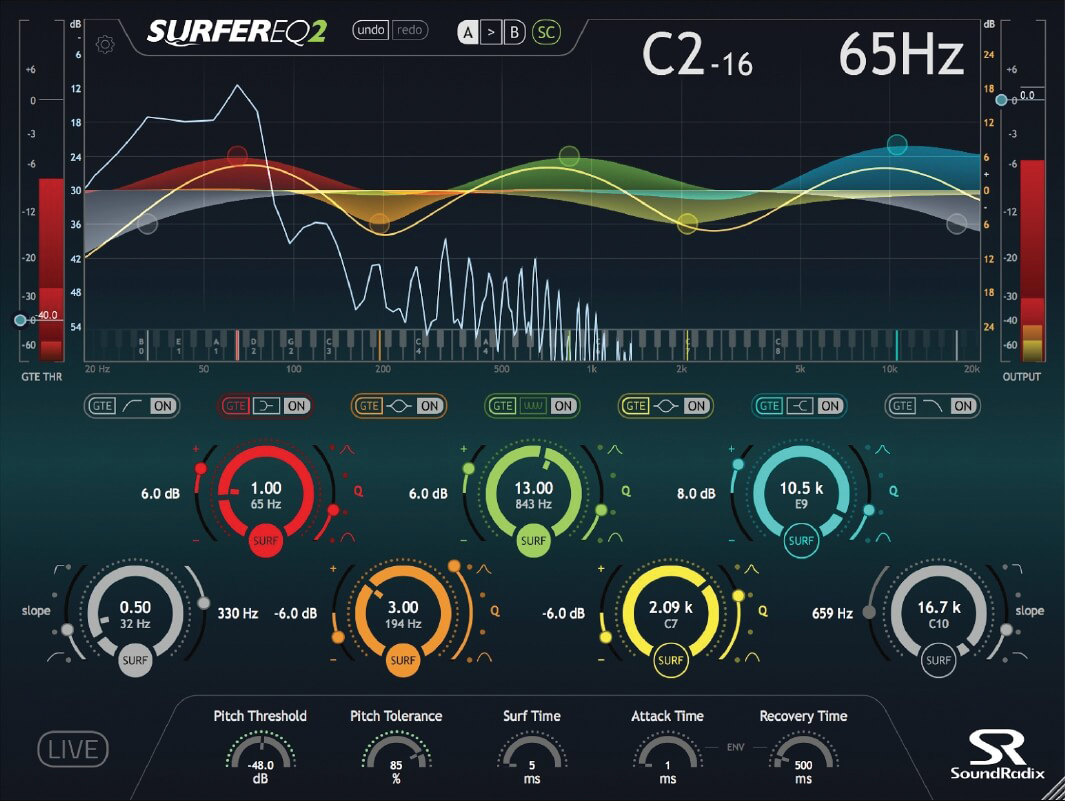 While we see a lot of classic hardware EQ designs revisited in plug-in form, it’s not often something new comes along. Released around three years ago, Sound Radix’s SurferEQ was a unique, lightbulb moment of a plug-in, offering a way to track the pitch of incoming audio and have your boosts and cuts move musically to it, without having to resort to programming time-consuming automation. In practice, it worked well, but the pitch tracking could occasionally get caught out by complex phrases.

Now Sound Radix is back with SurferEQ 2; an update that looks to build on the features and ideas of the first version. Essentially, you have a low pass and a high pass, plus five single bands, two of which can be switched to shelves. The specially developed, analogue-like algorithms have a great sound, even when pushed hard, although the Q slopes are a little shallow, so you won’t be using this for surgical EQ tasks.

In addition, there’s a new harmonic filter with eight different types that can be used for picking out the fundamental and all of its related harmonics, or for exploring more extreme sound-design ideas. There’s also a new Spectral Gate feature that allows you to engage (or disengage) any of the bands when the input signal crosses a set threshold, offering more control over when each band is used.

These excellent features aside, the most important function is the Surf button underneath each band. Switch this on, and the plug-in will track the pitch input of a monophonic source and that particular band will follow the incoming melody. There’s also a control to select the fundamental or its related harmonics, so you can quickly reshape the overall sound.

New to version 2 are five controls at the bottom of the GUI for Pitch Threshold, Pitch Tracking, Surf Time, Attack Time and Recovery Time, all of which help refine the quality of the pitch tracking, thus improving greatly on any problems encountered with version 1.

In practice, it’s a really rather wonderful tool to have. We’ve often found ourselves trying to shape a bassline with a static EQ only to have certain notes pop out or others disappear. With the ability to bring in extra harmonics and have these changes move with the melody of the part, it’s almost like you’re controlling synth parameters on an instrument track.

Other new features include a low-latency Live mode, sidechain input and also a MIDI control, so you can override the pitch detection, or even play the EQ like an instrument.

While we won’t be using SurferEQ 2 for all of our EQ needs, it’s an extremely useful sound-design tool that lets you create smoother, cleaner and more natural-sounding mixes. The more extreme harmonic filters also open up plenty of sonic possibilities, and the well thought out additions and improved pitch tracking mean this excellent idea has finally developed to full maturity. 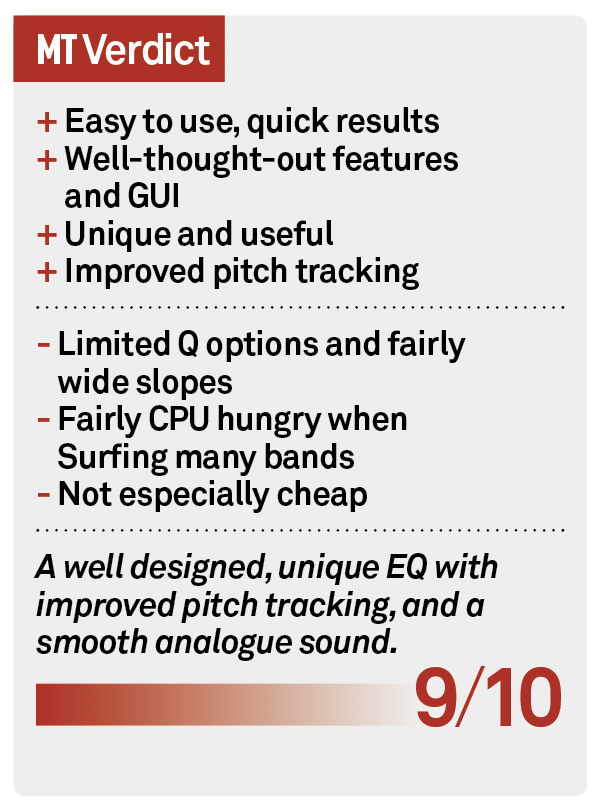