Fancy a multitrack audio recorder, mixer and USB interface all within one portable (and great looking) unit? Don’t mind if I do, says Andy Jones…

Not heard of Sound Devices? Where have you been?! OK, I’ll admit that I hadn’t either. It’s a Wisconsin-based company whose field recorders, mixers, wireless systems and video recorders have won it countless awards in the AV industry over the last 20 years.

With the MixPre series, however, it has started to make waves in the ‘Prosumer’ audio industry and for very good reason. These tiny devices treble up as multi-track recorders, mixers and audio interfaces. They are mobile, absolutely tiny, very cool to look at and even have touch screens. What are you waiting for?

There are six devices in the MixPre range starting at the MixPre-3, going up to the MixPre-10. They are pretty much identical in terms of operation but obviously offer different levels of mixer and audio ins and outs. Some of the units add the letter ‘M’ which stands for ‘Musician’ and I’ve got the MixPre-6M to test.

The ‘M’ versions come pre-installed with software extras which turn the unit into something of a hardware DAW. They are actually cheaper than the standard versions but do lack some features – the 6M will record at a maximum rate of 96kHz compared to the MixPre-6 which does 192kHz, for example.

So the MixPre-6M’s main duties are multitrack recorder and mixer with four mic/line inputs dual XLR/TRS inputs plus a two-channel Aux input. Secondly it’s a WAV field recorder that utilizes SD card recording. You can use it to record the mix of the inputs, or individual channels at either 16 or 24-bit rates.

Finally, it’s an 8-in, 4-out USB audio interface. So the MixPre is aimed at videographers wanting high quality field recordings and, more relevantly for us, a range of audio recordists, from podcasters to DJs, from bands to studio users. You can capture field recordings for sound design, use it as a standard but high quality studio interface, mix a band, record or DJ set – pretty much anything you damn well want, really.

The MixPre-6M is tiny, but not as small as the dictaphone that I use, which is pocket sized and mainly used for artist or producer interviews. I think if I took the MixPre along it would make an impact though, with plenty of well-lit controls, that touch screen and ‘handles’ on each of the corners, as you can see in the picture.

It’s built as well as it looks with a solid aluminium case and rubber patches on both top and bottom for a little extra protection and slip free desktop use. There’s also a tripod connector beneath for video-mounting use. The four dual XLR/TRS inputs are split, two each on the left and right sides. The main stereo out, USB sockets and power switch are on the left side of the unit; headphones, level and Aux in on the right.

The battery compartment is around the back and, talking of which, the MixPre powers from a range if different sources. There’s this 4xAA alkaline or NiMH rechargeable battery ‘sled’; an optional 8xAA version; another optional sled for Sony L mount batteries; an optional AC wall adapter to USB-C power supply; or (thankfully not optionally) directly via USB from your computer – a USB-A to USB-C cable is included.
The screen is pretty much worth the entrance price alone.

Despite being only 4cm across it is very usable with a main menu top right, the name of your project top left, and the amount of recording time you have left shown in the bottom left corner. Between all of that you get meters and an input selector. There’s also a battery indicator that shows you (green) if everything is okay or yellow if the USB source is not powering the device well enough.

In this case it automatically powers down non crucial systems – rather like the USS Enterprise – so you lose brightness, the HDMI & USB-A ports are disabled, you only get phantom power on two channels.

I tested the unit with (admittedly cheap) alkaline batteries and they were down to less than a quarter charge after less than 30 minutes, so make sure you can power by USB (although NiMH AA batteries will offer a much longer run time than alkaline).

The MixPre-6M is operated by a combination of button pushes and the screen. Naming a file, for example, is a matter of tapping the screen to get to an on screen (non) QWERTY keyboard, dialling with the volume rotary to get to the letter you want and pressing said rotary. You use this system to delete projects and many similar tasks.

The main channel rotaries are similarly used so you’ll press each’s rotary to set up the input channel’s name, solo and mute options, pan and can even add some reverb or Air on the input. So it’s usually a case of touch screen, press dial, turn dial, or a combination thereof.

It soon becomes second nature and very easy to use. The screen is a thing of joy and its designers have made sure most of its functions are accessed with big enough on screen buttons for us big-fingered types.

This is one of those devices which you can do without but you might then find you can’t! That’s because you may think you have some of its functionality in a separate mixer, interface or recorder.

But the ease of use, the lovely form factor and multi-functionality of it make it almost barge into you studio to become an essential. Once you’ve explored what MixPre can do – and that is a lot – you simply may not want to part with it.

I had MixPre-6 set up as a mixer come recorder first, plugging in several instruments and mics and delivering the results straight to my speaker sans computer. The first thing that strikes you is the noise… or lack of it. My electric piano can challenge all but the most expensive interfaces when whacked up at full blast but this thing delivered a noise ‘floorless’ performance.

And never mind the puns, feel the width of the sound. Part of that low noise is down to MixPre’s so-called Kashmir microphone preamps that sound both noise free and wonderful. I wouldn’t say they add much in terms of colouration – you simply get what you put in, and you can’t ask for more than that of both a field recorder and USB interface.

And when used as an interface and multitrack recorder, Logic picked it up no problem and I was soon enjoying those preamps feeding excellent quality into my DAW. It functioned as normal albeit with a great quality signal flow, from start to finish. You can transfer files and use the SD card to record material from the DAW.

As a multitrack recorder, it’s as easy as using it as a field recorder, just with loads more options, including the extra effects I mentioned and edit features. I wouldn’t say it’s going to replace my laptop and DAW for multitrack recording but it’s an excellent solution for live work.

There’s a lot to squeeze in two pages for the amount that MixPre-6M does. The bottom line is that it is fantastic at all of what it sets out to do. Those three main functions – interface, mixer and recorder – are brilliantly realised, and the ‘Musician’ extras really do open up a fourth multitrack DAW options. This thing really can do it all and I don’t think I’ve ever encountered a unit this small that punches so big.

I can’t say I’ve tested anything like this but looking around various dealer sites, the Zoom F-Range (starting with the F4)look to function as field recorders, mixers and interfaces too. They are cheaper, but lack the looks and the ‘Musician’ features. 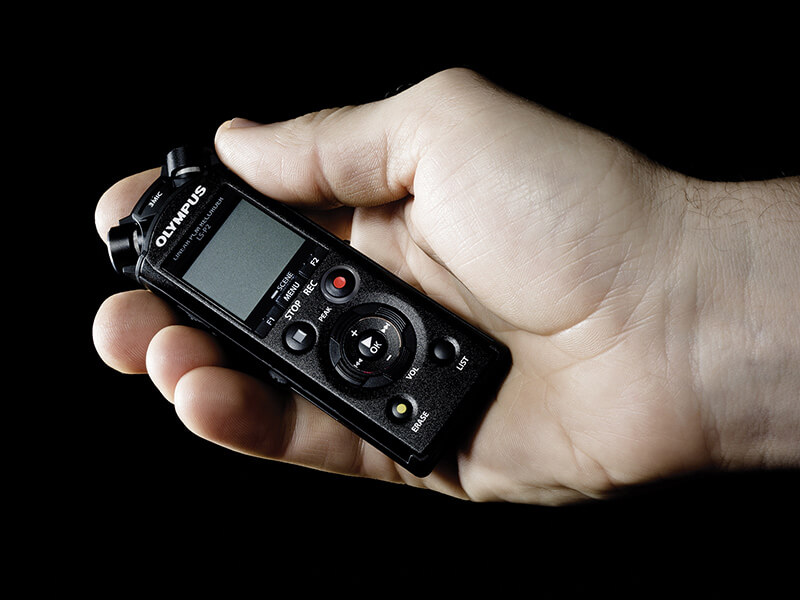 The MixPre won’t be replacing my dictophone as it’s simply too big, or at least not as compact as the Olympus LS Pocket Series. The P2 is amazing for recording, small enough to lose but, of course, doesn’t do all the other bits.