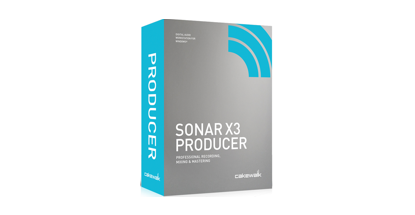 Cakewalk never rests for long and it’s back with the brand new SONAR X3. Hollin Jones dives deep to find out what’s new… 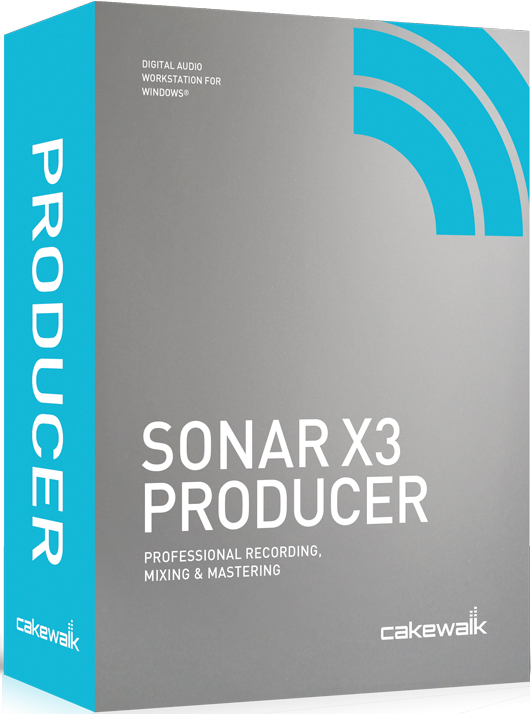 It may not feature in the headlines quite as often as some other DAWs, but Cakewalk’s SONAR has a lineage that can be traced back many years to when working with digital audio on computers first became possible. For some years it suffered from an outdated and confusing interface but with the X1 version, received a complete graphical overhaul to complement the under-the-hood changes that had already taken place. Now at version X3, SONAR’s new look and feel is very well established, and Cakewalk has been able to turn its attention to other areas of the software.

Diving Deep
SONAR is Windows-only and that seems unlikely to change, but it does have a reputation for being one of the most technologically advanced DAWs around, permanently at the cutting edge of the latest CPU and OS developments. The system requirements have risen a little, specifically in that Windows 7 or 8 (32 or 64-bit) is now required, and XP and Vista are no longer officially supported. That’s fair enough, since there’s no excuse not to be at least on Windows 7 with all its performance and usability enhancements if you’re doing music in any kind of serious way. You’ll need an Intel Core 2 Duo at 2.67GHz or AMD Phenom quad core 2.4GHz and 2GB RAM as a base, but as ever a faster system will give you a smoother ride. The minimal install is 4.5GB and the full whack of all content is 20GB, which is actually not bad compared to some others.

SONAR has long been one of the most catch-all DAWs, with a bewildering array of tools and features, and that tradition is continued here. You get unlimited audio and MIDI tracks, a maximum sample rate of 384kHz and a maximum bit rate of 64 bits as well as 64-bit internal mix engine resolution. Interestingly these core abilities are shared across all three versions of SONAR, so even if you opt for the entry level X3 version you still get them. Some features are reserved for the Studio and Producer editions (we reviewed Producer) though the difference is pretty much that with Producer you get all the plug-ins, where with the other versions there’s a more moderate selection.

We praised SONAR’s new Skylight interface when it was revealed a couple of years ago, and it remains a vast improvement on the “bad old days” of cluttered and confusing graphics. Here it has received many small tweaks and enhancements, though nothing that could be classed as a major upheaval. There isn’t time to discuss everything that SONAR does so we will concentrate on what’s new : there’s a full explanation of its many talents on Cakewalk’s website. Suffice it to say it’s a comprehensive music production environment. 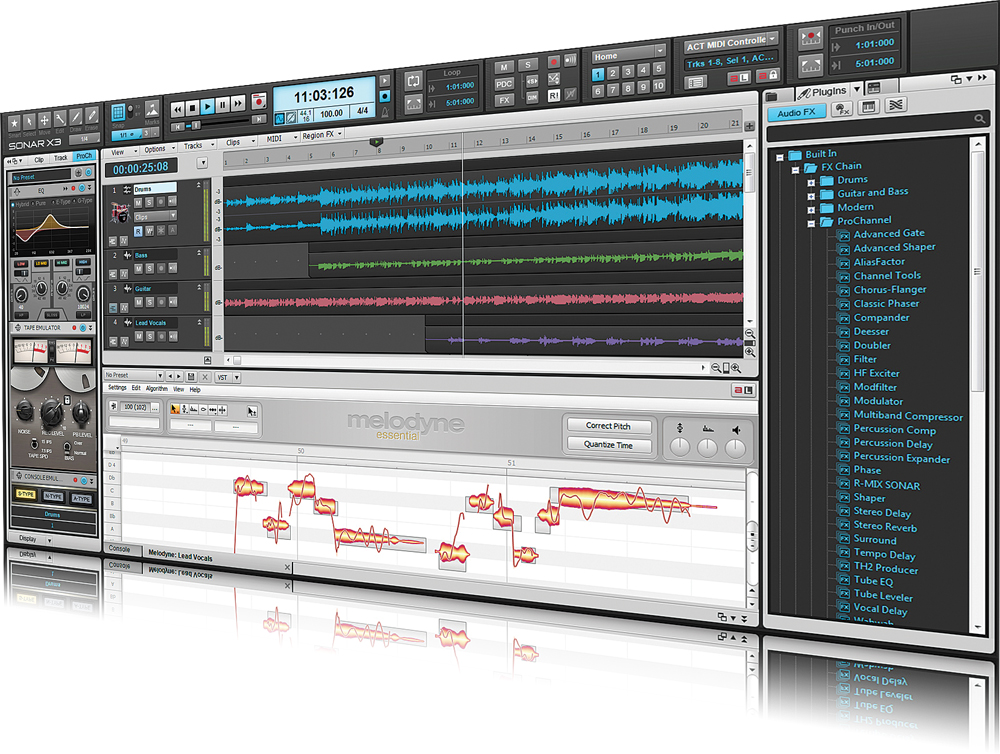 Truly Unlimited
The first of the big new features comes in the form of a new audio comping system. Perhaps a little overdue, this is nontheless welcome and streamlines the process of recording multiple takes then compositing the results together to get the perfect end result. SONAR’s Smart Tool is particulary handy here as elsewhere because it is able to automatically switch its mode depending on where you place the cursor. Comping is well implemented and slots nicely into your workflow.

VST3 is now supported across all versions of SONAR. VST3 has many advantages such as the ability to suspend plug-ins when they are not processing sound, thus saving resources, and VST 2 and 3 plug-ins are now displayed in separate folders in the Browser. What’s particularly nice is that SONAR now automatically detects new plug-ins meaning no re-scanning, and it will always swap to a VST3 version of a plug used in a project if both are available. SONAR’s 64-bit audio engine, renowned for its quality and performance, is now available in every version of the software.

DAWs are increasingly gaining online file sharing capabilities and SONAR is no different. In addition to Soundcloud upload of finished tracks you now get integrated YouTube upload as well. For more collaborative working there’s now Gobbler integration from inside the app. This lets you upload entire projects complete with audio files from inside SONAR and also back up incrementally as you go, with 5GB of storage with a free account. You can do some of this with Dropbox, but the difference here is it’s built right into the toolbar which is nice. Plus it keeps track of your files even if they’re not all stored in a single folder. Track colours can now be customised and although this might sound trivial it’s actually really helpful for managing larger projects. When you apply a colour to a buss, SONAR auto-colours tracks connected to it, and all colours can be customised.

Choose Your Weapons
Form here on many of the changes are specific to Studio and/or Producer editions since they are plug-in related: a full list is available online. The Melodyne Essential plug-in is now integrated into SONAR X3 Studio and Producer and enables advanced audio pitch correction, timestretching and audio-to-MIDI conversion in your projects. By supporting Audio Random Access technology, Cakewalk has placed Melodyne directly into the software. So you just click to work with Melodyne, no extra editor window is required to open. To convert audio to MIDI, just drop an audio clip onto a MIDI track. It’s really nicely done and will save a lot of time for many users. Both Studio and Producer editions also get the Nomad Factory Blue Tubes FX bundle, a comprehensive studio mixing suite of 19 processors inspired by vintage gear.

The Producer edition comes with the full set of plug-ins and there are some notable new models to be found. The QuadCurve EQ Zoom is a gorgeous EQ plug-in with a large interface and built-in spectral analyzer. It expands from the mixer and provides slick and intuitive control over the frequencies of any sound. The Tape Emulator sits in the ProChannel and adds the warmth of classic tape machines to your tracks. Tone2’s BiFilter 2 brings 47 models of filter ranging from vintage to futuristic to any project and the full version of Addictive Drums now ships with the Producer edition of SONAR X3. It’s easy to use and offers some great sounding drum kits as well as over 100 presets by pro drummers. 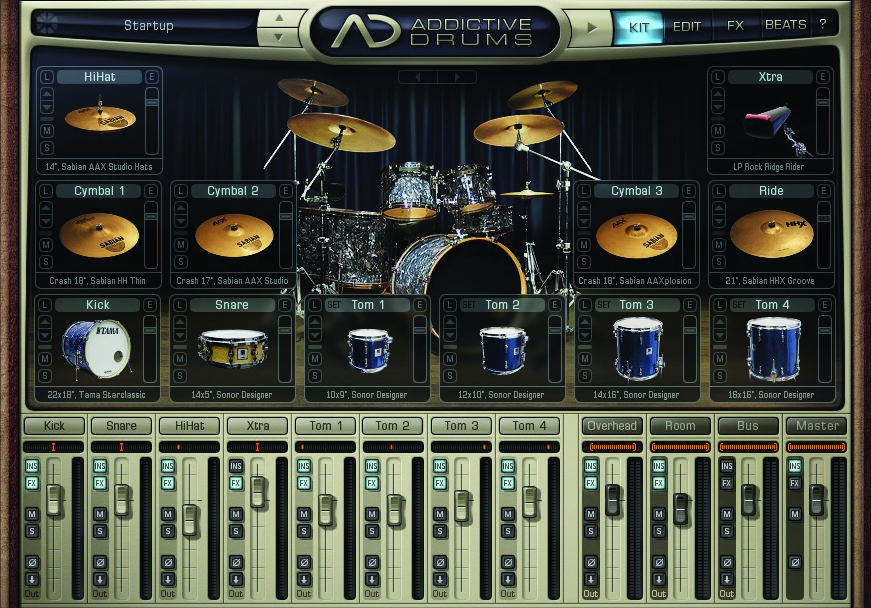 There are more new instruments such as the Lounge Lizard Session, a compact electric piano emulator from renowned developers AAS. The Rhodes models are lush and authentic and good for all kinds of music. Last but not least there’s Strum Acoustic Session, a physically modelled guitar instrument that you can play from your keyboard. Fully tweakable, it has integrated effects and mix controls.

Up ‘Scope?
As well as the new plug-ins already mentioned, SONAR Studio and especially Producer Edition also ship with the same huge selection of instruments and effects that have been bundled for a while, covering all eventualities. With every new version you accrue even more instruments and effects, meaning that by this point SONAR offers arguably the most complete set of plug-ins available with any DAW. For the most part they are highly usable too, everything from heavy synths through classical pianos, guitars and beats. The effects are also plentiful and can be expanded through the ProChannel system. 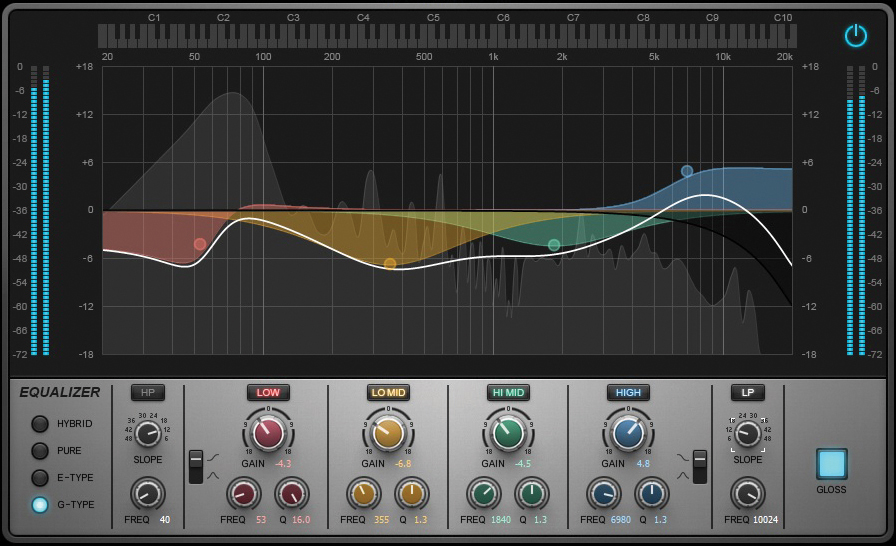 Workflow in SONAR is good and the Skylight interface makes everything both powerful and approachable, especially the extensive use of dockable windows. Tools and functions are easily accessible and X3 has had many small tweaks to iron out the interface even further. The integration of Melodyne, colour coding of channels and comp editing features are all welcome additions and the new plug-ins in Producer will find a home in any setup. Considering the attractive price, the Producer edition seems like excellent value when you factor in all the bundled content. Even if you opt for one of the other two versions you’re still getting almost all the core technology, and that will keep your music-making workflow fast and productive for some time to come. 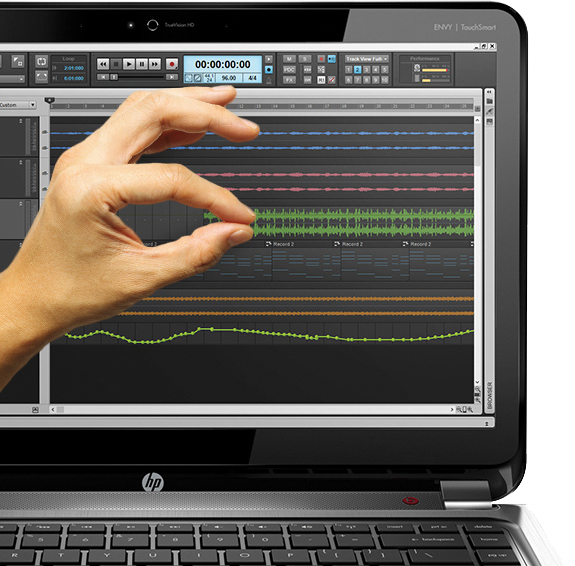 A worthy update to a complete DAW for PC users. Loads of content and all the tools you could possibly need to record, edit, program and mix music.