Who doesn’t like adding a little fairy dust to their mix? The company that came up with the one-box ideal has just finalised its delivery in software form. 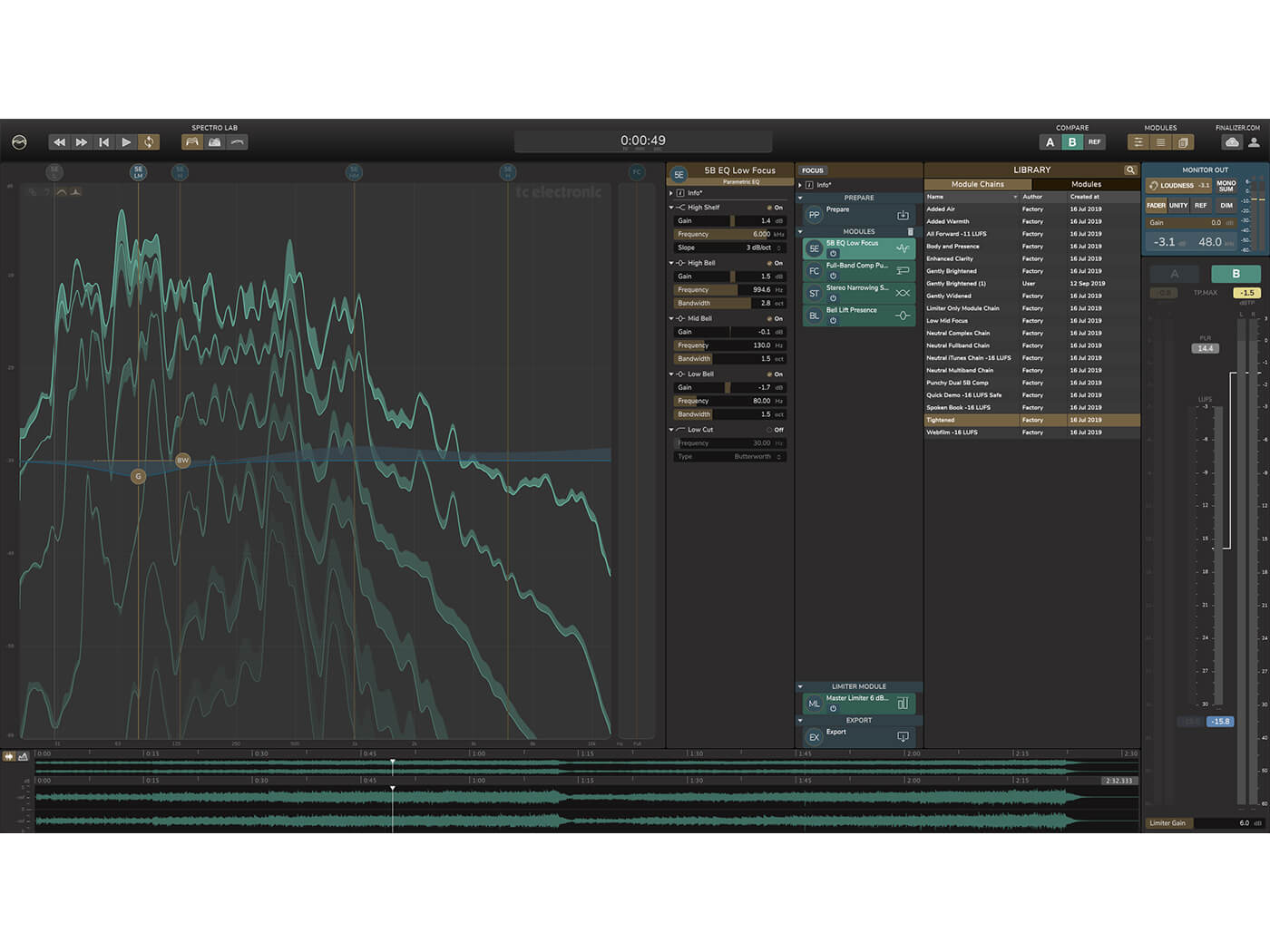 Sometimes, products enter our collective consciousness to such an extent that they become synonymous by label or design: so say the word “Fender” and I bet most people would say “Stratocaster”, or the word Mini might be followed by “Moog”, which says an awful lot about the way us tech-heads think (we don’t immediately think BMW!). So it’s even more remarkable that when you say TC, many professionals would probably not say “Electronic”, being a highly regarded brand, in favour of shouting “Finalizer!”

It was back in 1996 that TC Electronic released its groundbreaking box, the Finalizer, which was built on the shoulders of its forerunner – the M5000 multi-band compressor. It was an immediate hit, sharpening the focus on mastering, which was a process that many were not really sure about, but the reality was that the Finalizer delivered a host of very useful tools, explicitly designed to allow studio-grade mastering in a one-box solution, at a price that – although quite high – was not completely terrifying.

It offered three-band compression, limiting, EQ and even analogue tape emulation through use of its Digital Radiance Generator (DRG), by adding second-harmonic distortion to a mix, but it wasn’t all plain sailing. It was very easy to employ the abundant onboard presets to add that sheen to your track, but overcook things and it would deliver something terrifyingly bad. I often had to use my own bespoke setting, on the back end of my mix chain, just before the mix went to DAT or disk. But as a television composer delivering several mixes a day, it was like having a second set of ears and became a highly prized and valued piece of kit.

With so much history to call upon, you have to wonder why it has taken TC so long to develop a contemporary equivalent in software form. But now it has, it’s time to lift the lid on the new Finalizer incarnation.

Through the big window

The first inescapable point to make is that this is firmly a standalone product. It literally offers a big window on the world of mastering, which is uncluttered and simplistic to view. This is beneficial, as when you’re in the mastering domain, it increases focus and arguably offers less distraction. 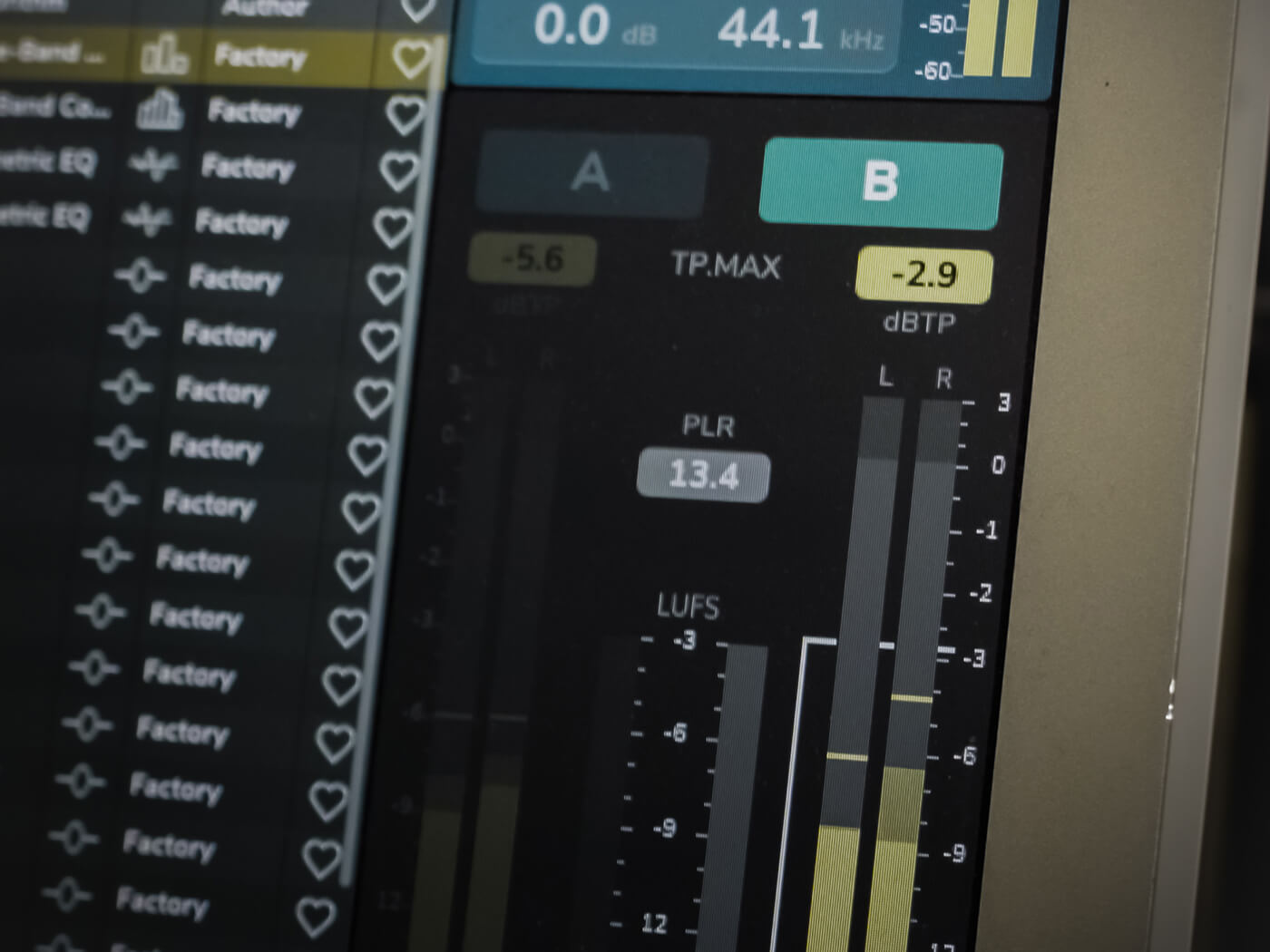 As perfect an ideal as this is, it might not win fans with anyone who enjoys the luxury of placing mastering plug-ins on the back end of their DAW signal chains and I’m specifically thinking of media composers and producers who regularly deliver stems, although TC assured me that its main concern was with transparency, both in processing and use – and the company has engineered ways of ensuring that delivery of multiple tracks remains consistent.

Much like the original Finalizer and other mastering concepts, we are dealing with a sum of parts, so the first thing to do is load in a track for consideration. The joy of working within the ‘large window’ environment becomes very apparent pretty quickly, as a degree of analysis takes place – resulting in the whole track being displayed in its default amplitude/timeline waveform at the bottom of the screen.

Three options for degrees of spectrum analysis occupy the bulk of the left-hand side of the window and it’s this area that offers the real information-laden visual element. This display can be a basic static display, confirming the maximum, minimum and 50% dynamic element of each frequency band, or can be switched to a real-time display, where the graphic dances to represent what you’re hearing at that moment, immediately providing valuable visual feedback on the entire track.

Of course, working visually without audio feedback is pretty unlikely, which is why the Real Time Spectrum, as TC describes it, could become such a valuable tool. It easily allows for dipping in and out of the track at any point, by way of audible and visual audition.

EQ and compression applications are also reflected visually as they occur. TC has kindly supplied a number of presets, with clear and concise descriptions of what can be expected. It’s a nice touch that each of these can be previewed aurally, before committing to the business of loading the subsequent mastering elements, so once you’re happy with the general sound of the preset, it’s a simple case of clicking the tick icon in the module chain area, which is located to the right of the visual.

The Module Chain list is located centrally onscreen and is where you have control over which mastering device will take effect, in which order. It’s a simple but effective concept, while the selection of a given module, whether it be EQ or Compression, will result in the detail displayed in numeric form right next door to the visual. Changing any value will immediately be reflected on the graphic, while the graphic also offers beautiful click and drag control of all parameters.

It takes a little while to get your head around the acronyms and icons, but once you’re familiar, you find yourself selecting modules from the extensive set of EQ, compression and limiting options and simply dragging them in to hear how they colour the sound of your track.

As mastering can yield results which might not match your initial concept, there are a couple of uniquely handy features to allow self checking. Firstly, A/B’ing tracks is as simple as selecting A, which is unprocessed, or B, with all mastering effects applied. You might also find yourself wanting to match reference tracks, possibly for an entire album, in which case it’s possible to load in material and hear them in an untreated state, as a reliable benchmark. 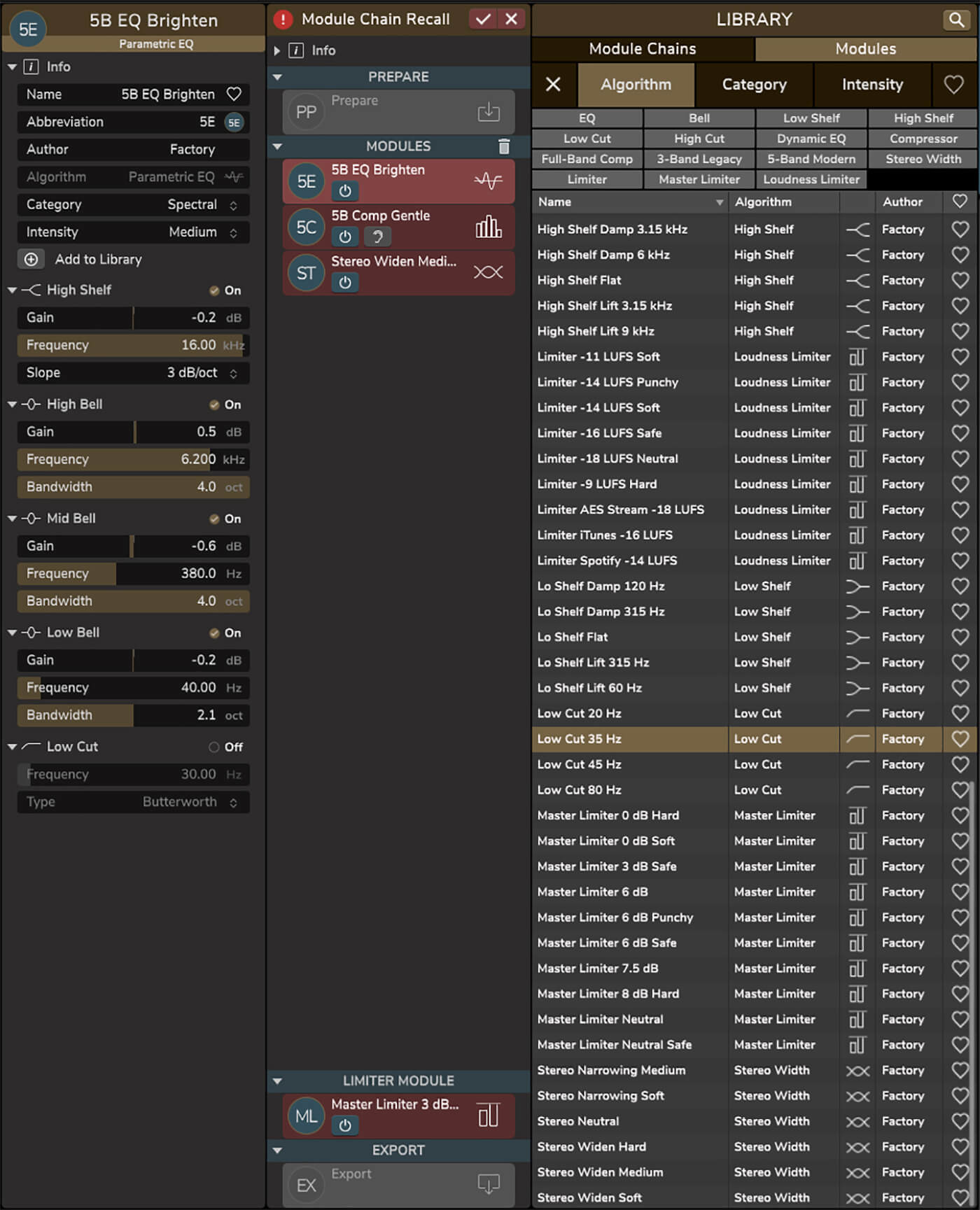 There is also an extensive database available through the Finalizer Web Portal, where a free analysis engine can help you compare your music to that of commercial tracks, or an ever- growing database of styles and music, which can offer useful clues. This will be especially helpful if you struggle with your listening environment, as the tools should offer reliable feedback that a home-based mixing environment might not.

Exporting is the final part of the process, which is again made simple thanks to an elegant interface, which underlies the whole point of Finalizer. TC has clearly really worked on the aural neutrality of the product, providing an interface which is elegant and simple. There is the slight limitation that you are restricted to the use of the TC effects and mastering modules and there’s a lack of effects such as tape saturation, but all of the other main mastering contenders are present and with plenty of choice within each effect area. Saturation can also arguably be obtained with limiting or compression, albeit a different colour.

Personally, I like the concept of moving away from the DAW to master, as it focuses the mind and the ears. However, TC is always keen to listen to customer feedback, so who knows where the Finalizer may go. To mastering… and beyond!

If you’re the kind of producer who wants to put an element of sheen across a track, or even an entire album, TC has developed a really enjoyable product to work with, which arguably takes you away from the DAW, forcing you to listen to music in stereo, without distraction. In an ideal world, we would all like to do that; however, many working professionals may yearn for the flexibility to plug in the same suite on the back end of their DAW, especially if mixing and matching stems for export.

The prospect of leaving the DAW and working in another environment will add another unwelcome element to the process, so choosing Finalizer may well come down to workflow and workflow alone. It is however, a very effective product, which gives both instant results and the capacity to move way beyond presets, which lends itself well to both home and professional users. 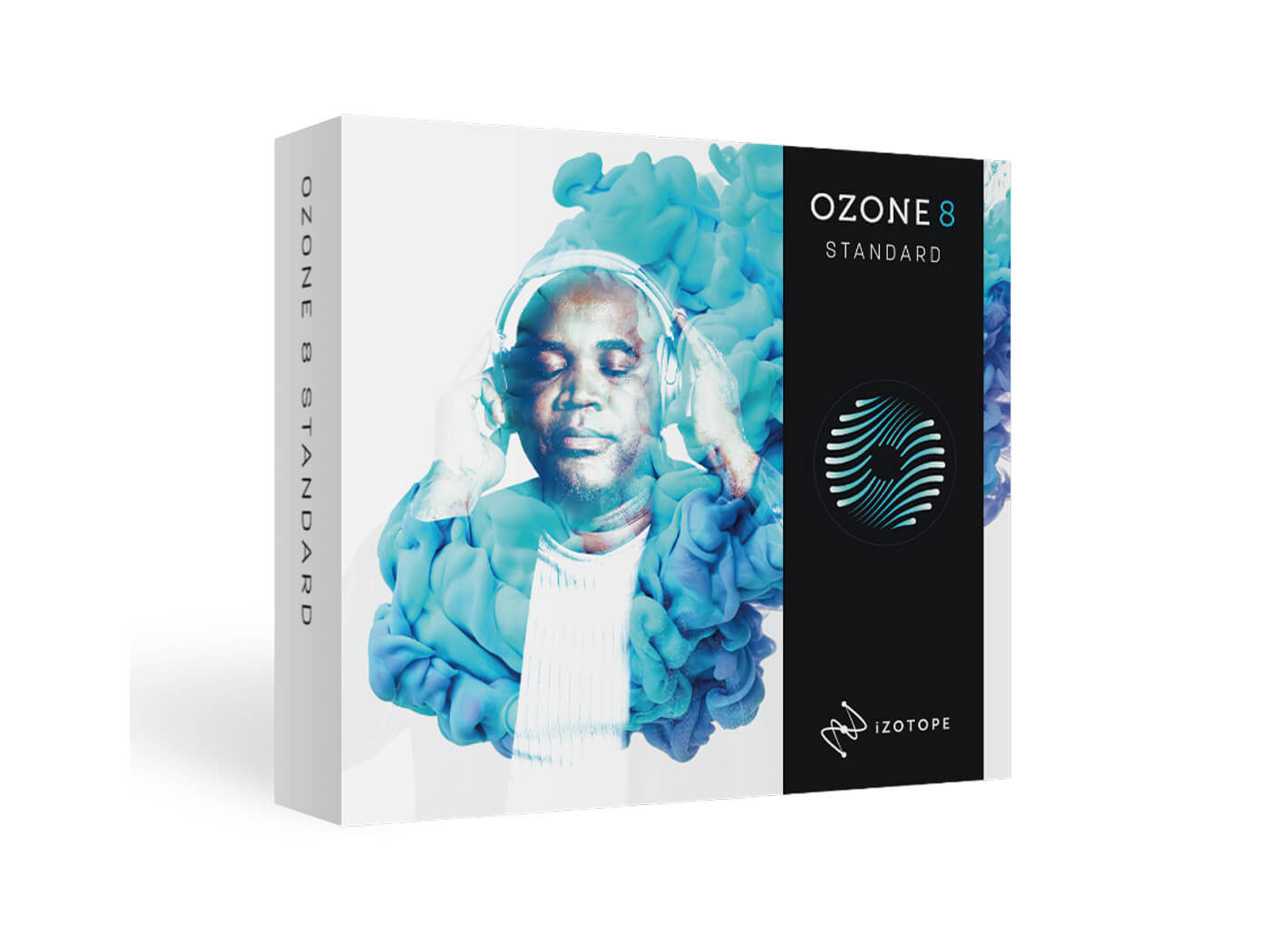 iZotope has a great reputation for quality plug-ins, and its Ozone suite offers three levels of product. The Standard edition is the middle of the three, offering standalone and plug-in based mastering, with all the usual FX that you would expect. 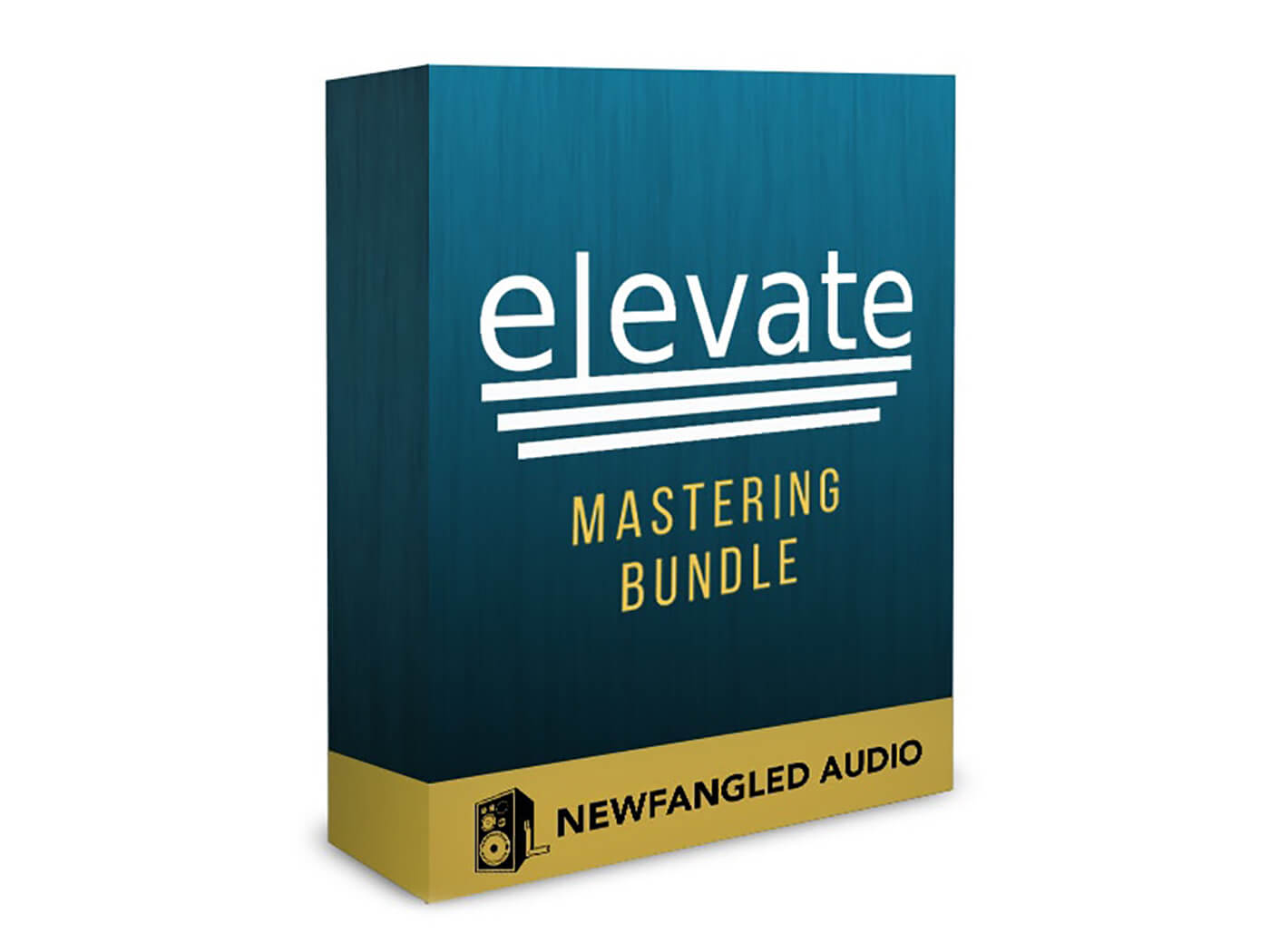 The Elevate bundle offers several tools, in plug-in form, for mastering your mix. These can heighten the punch and clarity of a mix very quickly, but also offer a great deal of flexibility, as duties are shared across plug-ins.