Pigments was already an interesting and dynamic instrument, but this latest update promises to elevate Arturia’s acclaimed soft-synth into a whole new dimension. 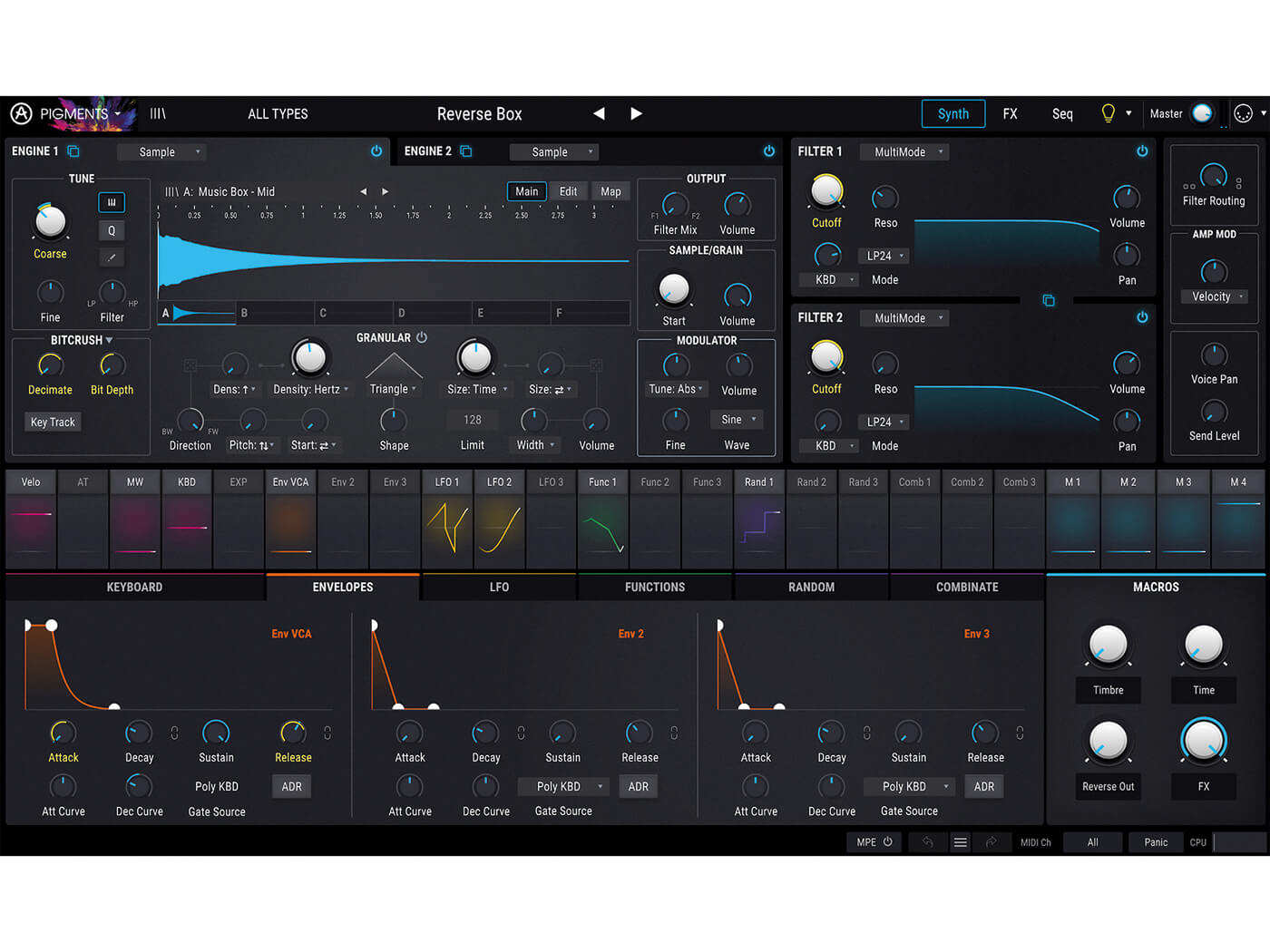 You might know Arturia for its range of hardware keyboards, synths and controllers such as the popular Beatstep sequencers, or for their emulations of vintage hardware synths including the Moog Modular and Buchla Easel V, but now it has the Pigments synthesizer added to an already sizeable arsenal. Pigments is perhaps a more contemporary software instrument than many might expect, introduced just over a year ago.

It’s a perfect example of a synthesizer that couldn’t really exist in hardware, and kudos to the brains at Arturia for developing it – pressing ahead into innovative new frontiers instead of looking backward via retro reproductions of the classics (though Arturia does this very well we hasten to add!). Yes, it is actually possible to look forward and backward at the same time! Now we have a bigger, expanded version in the form of Pigments 2, which looks likely to be a fairly hefty update to the original. 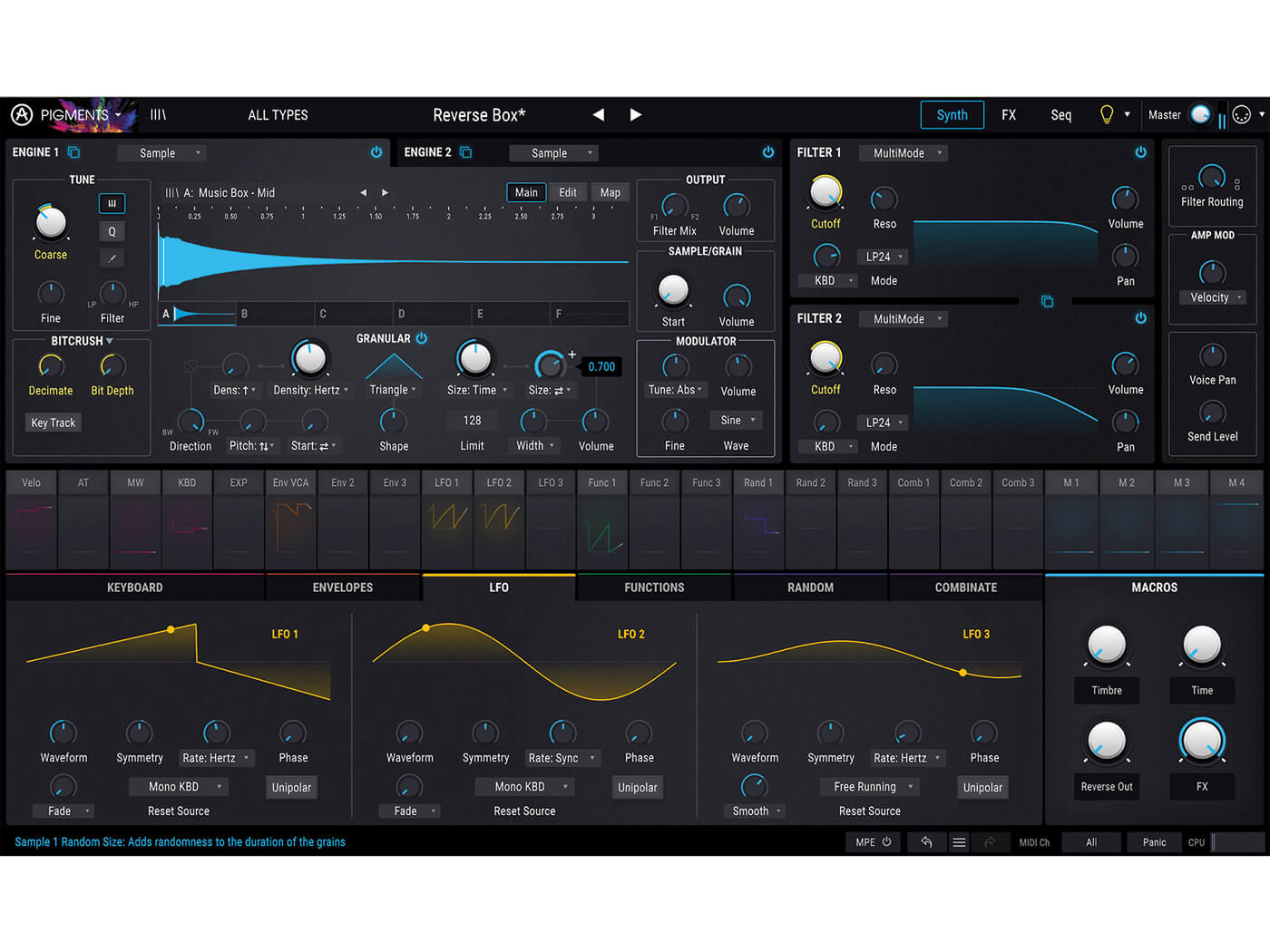 I must confess, I’m new to Pigments, so I need a recap even if you don’t. Pigments is a plug-in, or standalone, synthesizer that combines virtual analog and wavetable synthesis engines (in the first release) with three envelopes, three LFOs, and extensive modulation. It also includes an assortment of classic and modern filters (used two at a time, in parallel or series) and audio effects including overdrive, parametric EQ and delay, with insert or send routing options. Bundle this up with an attractive and logical GUI, a polyrhythmic sequencer and arpeggiators, and what you get is a very capable instrument with an extensive library of presets.

Pigments was well-received at the time of launch – in fact here at Music Tech we got very excited, describing it as “brilliant” and “wonderful” and “one of the most visually appealing synths ever” – so no pressure following that up, then! However, time has passed and Pigments’ user base has been able to feedback with ideas and suggestions, and inevitably new versions have appeared, which is why we’re here to talk about Pigments 2 now. On launch, it’s worth taking a minute just to appreciate what a good-looking thing Pigments is; the UI is immediately captivating.

Then to the presets, with an updated library, divided into 11 categories including filter, pad, FX, percussion and so forth, some of which reflect the possibilities afforded by new features. When a preset is loaded, there are four pre-configured macro knobs at the right of the screen, ready to use or map to a MIDI controller. If you don’t have a keyboard connected, you can trigger notes using the computer keyboard, which isn’t as dull as it sounds once you factor in the sequencer.

Although Pigments features an analogue sound engine, I’d say the bulk of the preset sounds are more digital-sounding and the analogue source is more useful as a way of warming those up. There are some that sound fairly great as-is, but if you don’t create your own sounds, or at least customise the factory content, you’re not going to get anything like the best from the Pigments experience.

In synthesis terms, Pigments now gets a new sampling sound engine; this brings hundreds of samples into the factory library, including straightforward pianos, cityscape field recordings and drum loops, and of course user content. The sample engine has 6 slots – samples can be loaded into each, then tuned, mapped across the keyboard or triggered in sequence, looping or otherwise (if you want to play two samples at once you must load the sampler into both engine slots).

Once you bring the playback modes, modulation and effects to bear, this is a great starting point for making your own sounds, whether you want to keep your samples relatively clean or smash them to a pulp. Thanks to the sampler, Pigments also has granular synthesis, where a sample is cut into slices or ‘grains’ usually only a few milliseconds in length. These grains can then be rearranged, transposed or otherwise processed, creating entirely new sounds from the source material. This, for me, represents one of the main reasons to enthuse about the new sampling engine, because it adds a huge amount of textural possibilities. 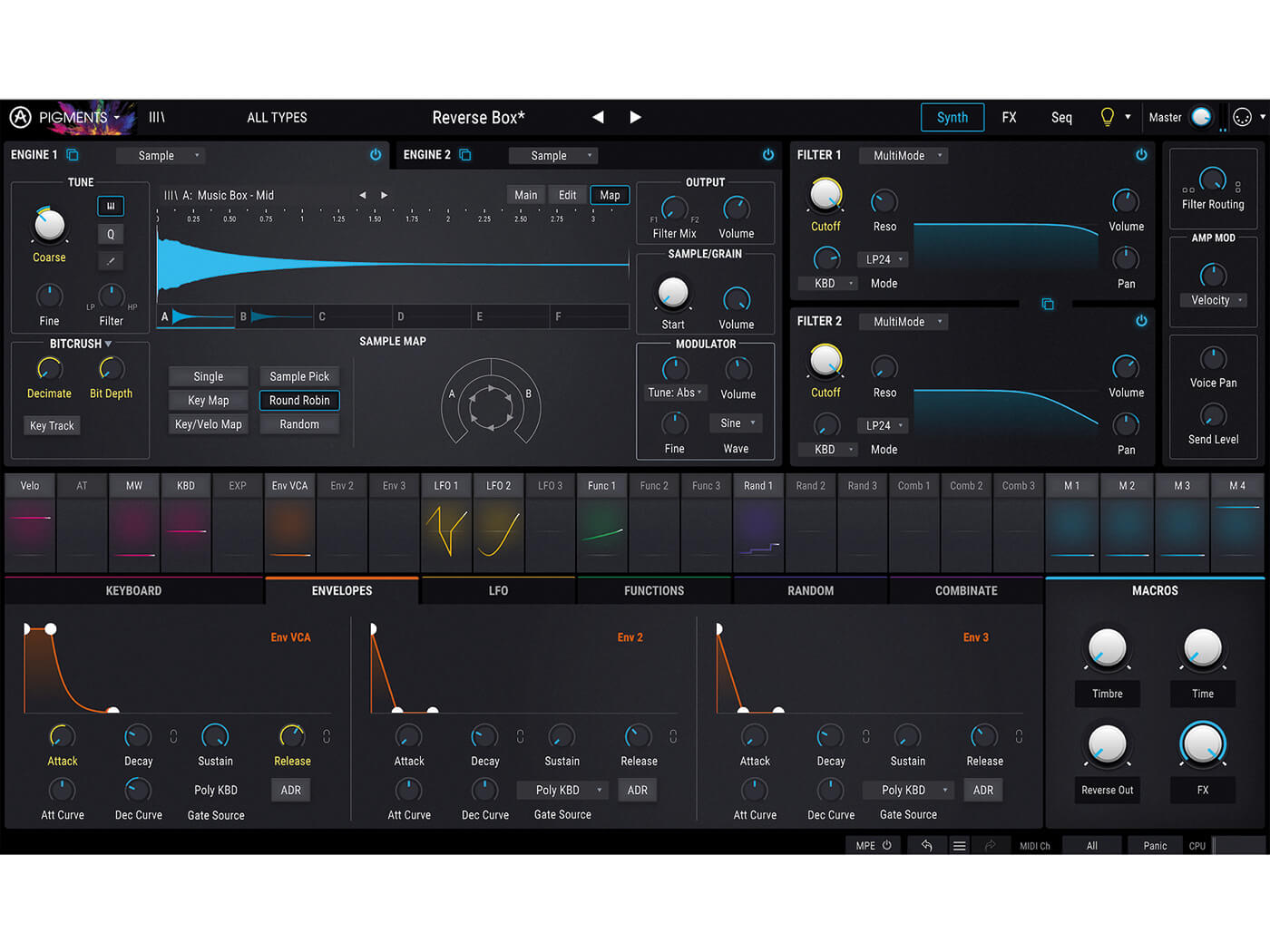 There’s also plenty of Randomisation to work with – applicable to pitch (+/- 3 octaves), start point, grain size, grain volume and pan. I’m a total sucker for randomisation and it’s so much fun with the sampled drum loops! Arturia has excellent history with sequencers – I mentioned the Beatstep hardware earlier – and Pigments has always had one as part of the feature set. However, Pigments 2’s arpeggiator and sequencer have both been updated to include randomisation, which is a massive creative boon.

One great thing about this is that using larger values overcomes the limitation of working within a 16-step repeating pattern. There are user-definable boundaries – for example, notes in the pitch lane can be restricted to a certain scale. Should you like the current randomised settings, the Apply button makes those the new default. Hey, presto! Randomised granular synthesis, randomised sequencer. I’m in! 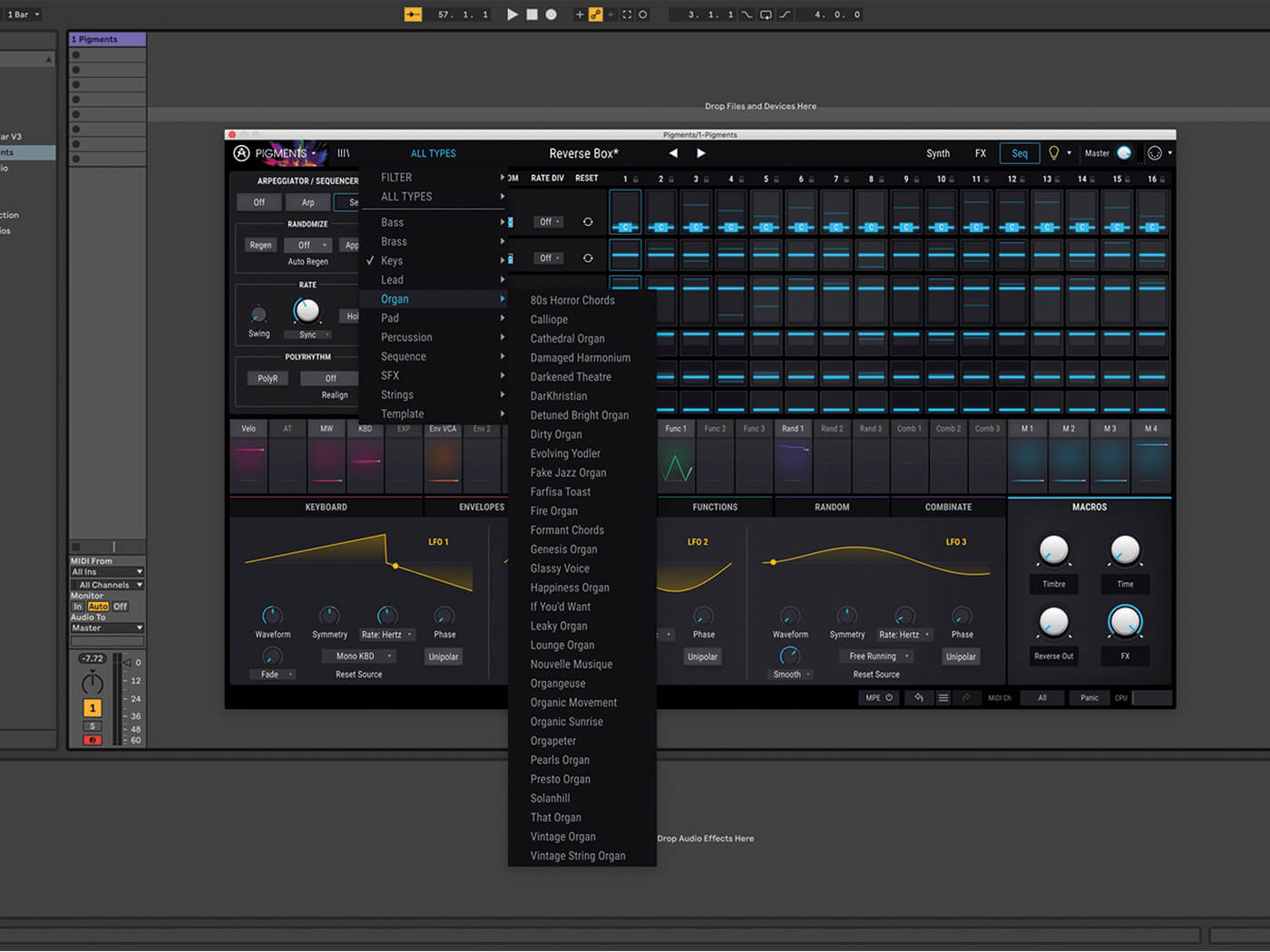 In more news, an extra filter appears in the form of the Buchla Easel low pass gate, along with a new tape echo effect. There’s also MPE (MIDI Polyphonic Expression) support, as seen on control surfaces such as the ROLI Seaboard, which allows individual control of each MIDI note’s parameters, such as volume, pitch bend, and vibrato. This technology isn’t mainstream, but it’s a sign of Arturia’s forward-thinking that it’s included here. If you’re struggling to get started, click the Arturia logo to access some neat built-in tutorials, although it’s really not too difficult to get going on your own; Pigments 2 rewards exploration with good sounds straight away.

Pigments 2 runs on Windows and macOS, standalone, or as plug-in VST, AAX, AU, and NKS formats. Open this inside Ableton Live or Reason and instantly expand your consciousness with the possibilities. It’s a powerful standalone instrument, but you’ll need a regular MIDI or MPE control surface that’s up to the task; there’s a lot to assign here. Having said that, the onboard sequencer works brilliantly, and does add an extra dimension when using it without external control devices.

To make the most of Pigments 2, it certainly helps to be a dedicated synth user as you will appreciate and explore the depth of what’s on offer (it’d be a terrible shame to not venture beyond the presets). The update to version 2 is free for Pigments (1) users. For newcomers, the market is very competitive, but the addition of sampling and granular synthesis, and for me, the enhanced sequencing makes this a very tempting time to jump aboard the Pigments train.

This is a tricky question here, but Pigments 2 is a very complex and deep synth when you want it to be, but can also function as a more approachable preset machine when you need a quick fix. The standalone operation combines with the onboard sequencer, effects and control options to make a credible performance instrument in its own right. If you already own the original version of Pigments, this is really a no-brainer because it’s a free update. If you’re coming to it new, like me, download the demo and take it for a spin, ideally with both your favourite DAW in plug-in mode, or standalone with a decent MIDI keyboard/control surface hooked up. 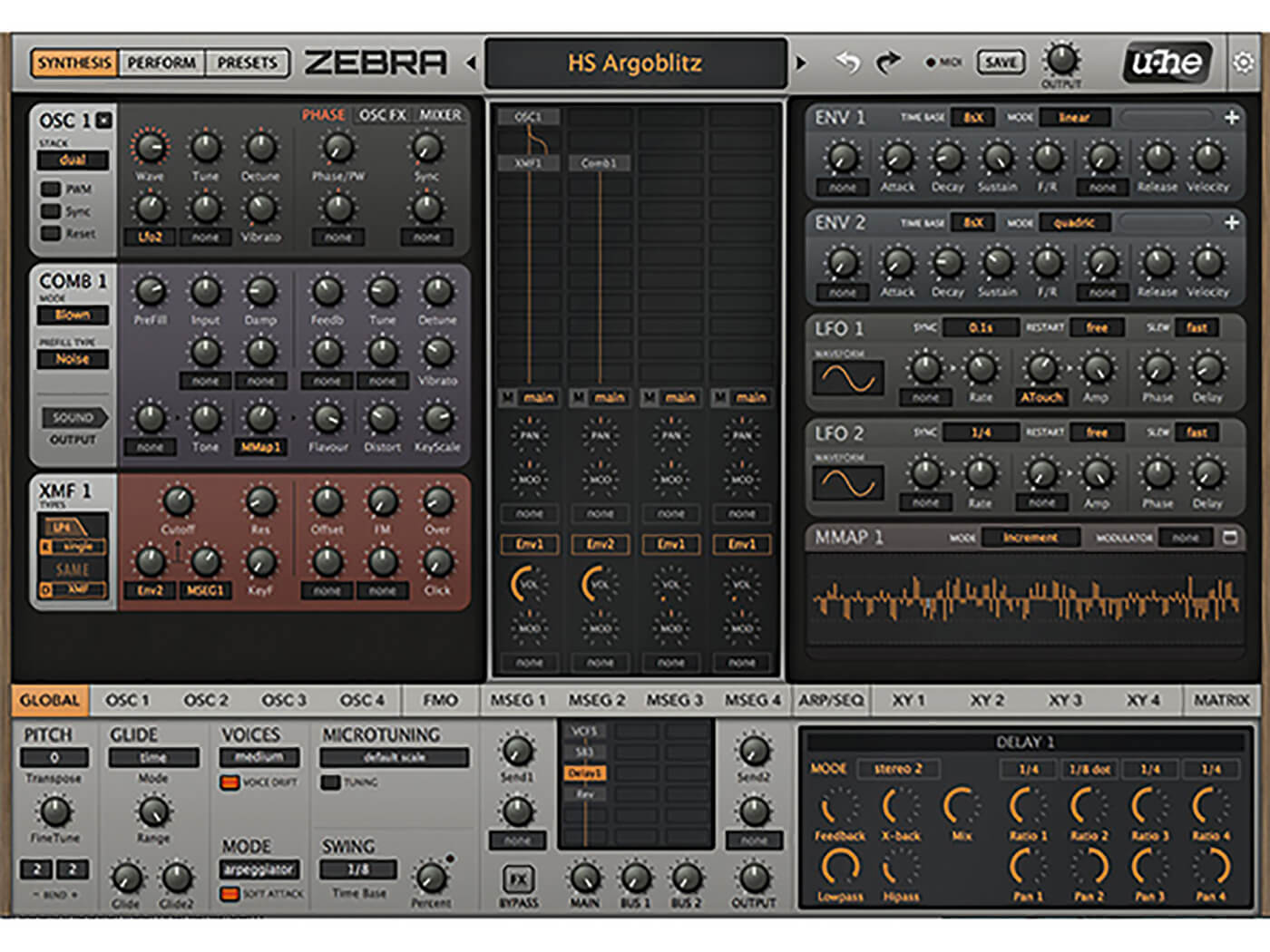 Zebra2 is what U-He refers to as a ‘workhorse’ synth, which is not a very glamorous description for a very cool synth. This works on macOS, Windows, and Linux, and it’s also modular in a broader sense. A fantastic sound design tool, though there’s no standalone version. 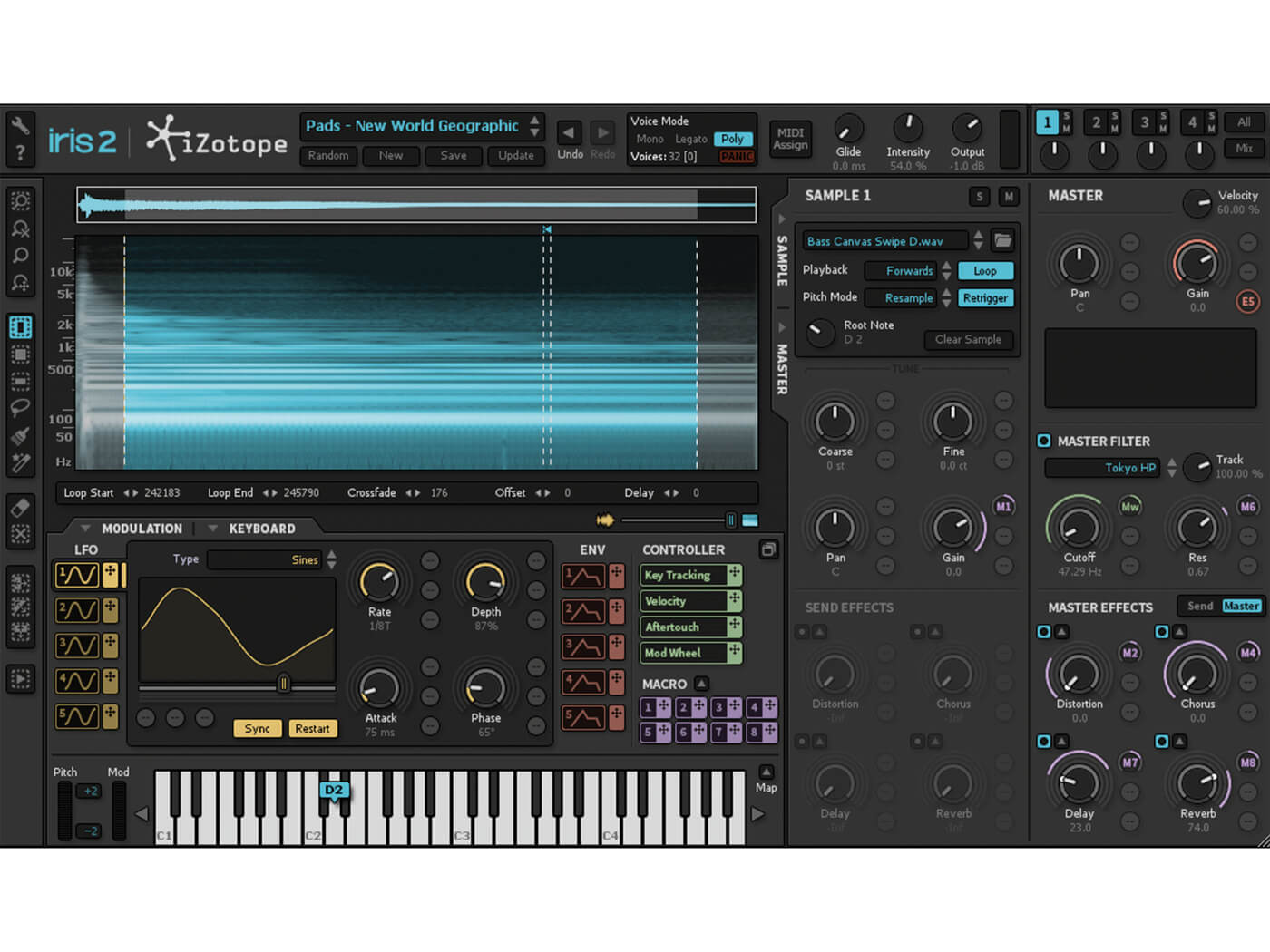 This is a sample-based synthesizer, which is almost irrelevant given how far you can transform the source material with the on-board tools and excellent effects (that’s a compliment, in case you’re wondering). Available for macOS and Windows, this runs as a plug-in with your DAW or standalone.