The Sennheiser MK 8 is a large-capsule condenser with dual diaphragms, five patterns and switches for pre-attenuation and bass roll-off. Huw Price listens closely… Details Price £690 Contact Sennheiser UK 01628 402200 Web en-uk.sennheiser.com Amazon.co.uk Widgets Sennheiser is one of those Teutonic companies that seems to have been in the audio business since the year […] 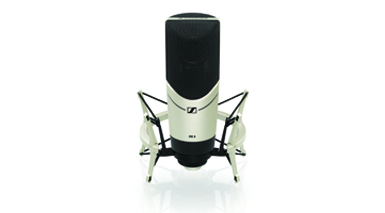 The Sennheiser MK 8 is a large-capsule condenser with dual diaphragms, five patterns and switches for pre-attenuation and bass roll-off. Huw Price listens closely… 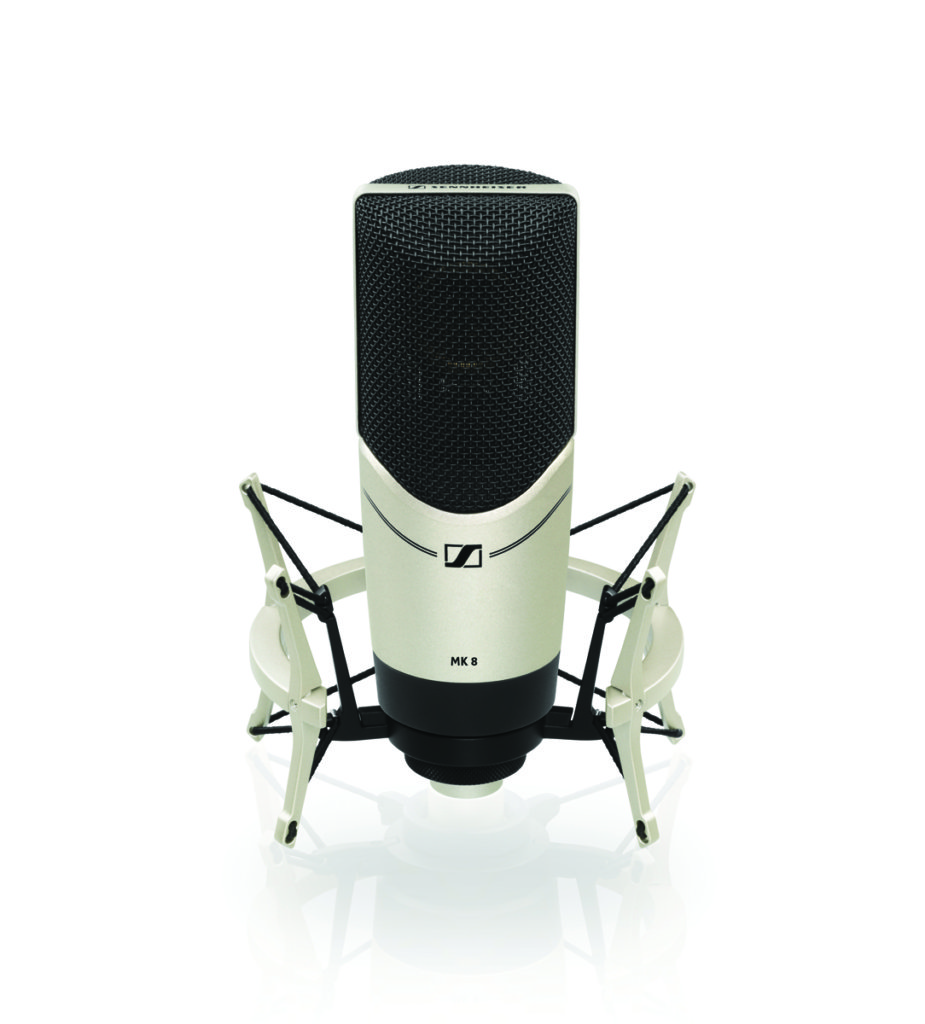 Sennheiser is one of those Teutonic companies that seems to have been in the audio business since the year dot. Established just after WWII, the company produces a wide range of products and its microphones have enjoyed a high reputation for decades. The dynamic mics are particularly well known in professional circles – in particular the iconic MD 421 and MD 441. Sennheiser’s large capsule condenser microphones are less well known, but they are equally deserving of attention.

Priced just south of £700 the Sennheiser MK 8 will be mixing it up with a bewildering array of competitors. Even so it has attributes that set it apart from the pack. Firstly, despite the proliferation of Chinese fakes that have hit Sennheiser and other companies, this family-owned business still designs and manufactures its recording mics in Germany. Secondly, the MK 8 is jam-packed with features.

Famous Five
Viewed from the front it’s a plain affair but there’s plenty going on at the back. Slider switches enable you to select five pickup patterns: omnidirectional, cottage loaf, cardioid, hypercardioid and figure-8, as well as bass roll-off at 60Hz (-18 dB/oct) or 100Hz (-6 dB/oct).

Users are advised that the 60Hz setting is intended to eliminate low-frequency noise, such as impact sound, while the 100Hz setting is designed to overcome proximity effect.

Although billed as a ‘Vocal Recording Microphone’, the manual clearly points out that the MK 8 is equally suited to acoustic guitars, guitar amplifiers, grand piano, strings, wind instruments, drums and percussion.

The reality is that most potential customers will be more interested in recording vocals, so many manufacturers must feel some sort of obligation to emphasise that application. The reality is that any decent large-capsule condenser should be able to handle most acoustic sources, and the term ‘vocal microphone’ is, by and large, a spurious modern marketing term.

Peering through the black grille housing it’s possible to see that Sennheiser is using an edge-terminated design with dual 1in diaphragms, ‘precisely spattered with 24-carat gold’. Apparently the capsule is also shock-mounted, which is just as well considering that the MK 8 does not ship with a suspension mount. However, you can buy an MKS 4 mount along with an MZP 40 pop shield and an MKW 4 windsock.

Figuring the 8
From the get-go the MK 8 distinguished itself with low noise and a crisp, clean and detailed sonic character. The bass end is focused and well controlled, with the wound strings of acoustic guitars coming over with plenty of weight but no boominess. The midrange is pleasantly open and clear, so we felt no overriding urge to reach for an equaliser. Without being in any way hyped or excessive, the treble end sounds detailed and airy.

Tone and level remain remarkably consistent across all of the MK 8’s patterns. What differences there are will only be apparent to discerning ears, but cardioid sounds a tad softer than hypercardioid, and the midrange hollows out slightly in figure-8. We particularly like the cottage loaf setting because it sounded so natural, but omni may prove useful when extra treble detail and a slight reduction in the upper bass is required.

There is some proximity effect in the directional settings, but it’s very controllable by altering placement, and if that proves impractical the filters can be applied with no detrimental effect on sound quality. All the pickup patterns behave exactly as they should, however there was some darkening of the sound when the MK 8 was addressed from the side in omni.

Interestingly we found ourselves testing the MK 8 with a TLM 107 from the Sennheiser-owned Neumann company. Both are five-pattern mics with edge-terminated capsules yet they sounded quite different.

The MK 8 didn’t have the Neumann’s classic ‘colouration’ in the mids or its sonic softness. Instead it had more up-front presence and a generally crisper character. Either way, it ably held its own against its more expensive relative. 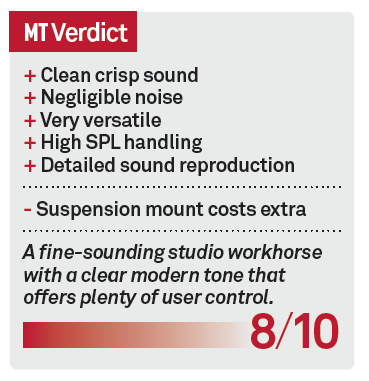