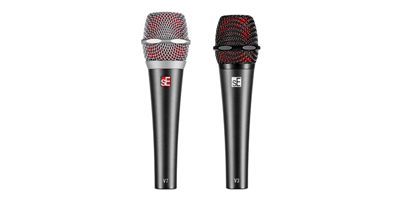 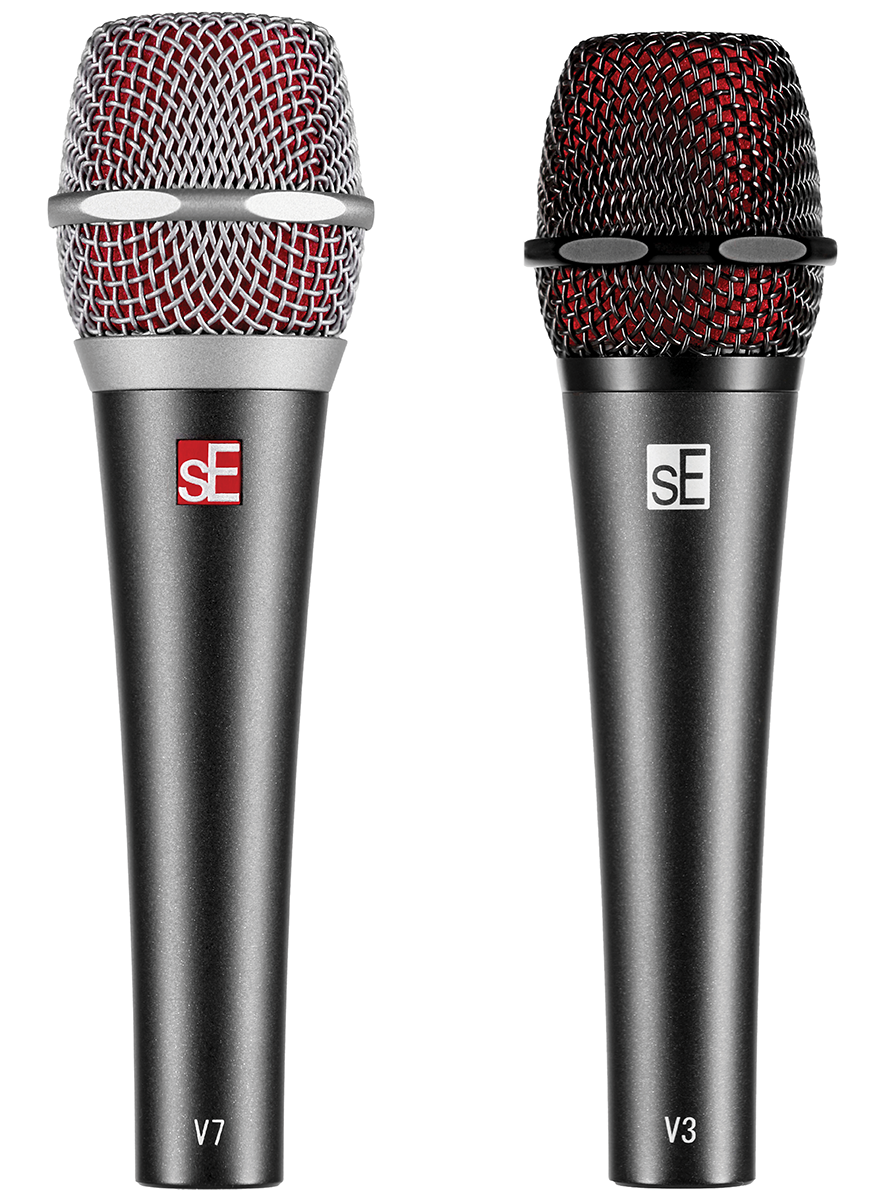 It’s taken sE a long time to build a dynamic microphone: perhaps knowing that unless they could compete with the Shure SM series on quality and price, there wasn’t much point.

So when we received not one but two new dynamic microphones from the company, we knew there had to something exciting going on.

For our first test, we decided to throw the mics in at the deep end at a live open-mic night, aimed squarely at hip-hop and electronic-music producers.

Vocalists on the night included a soul singer with an extraordinary range and several MCs.

The first thing we noticed was the two mics have a subtly different character, as well as having differing pickup patterns, with the cardioid V3 having a much more pronounced presence, which was absolutely perfect for our female soul singer, but required a little EQ adjustment for most of the MCs, to pull out a slight nasal quality. 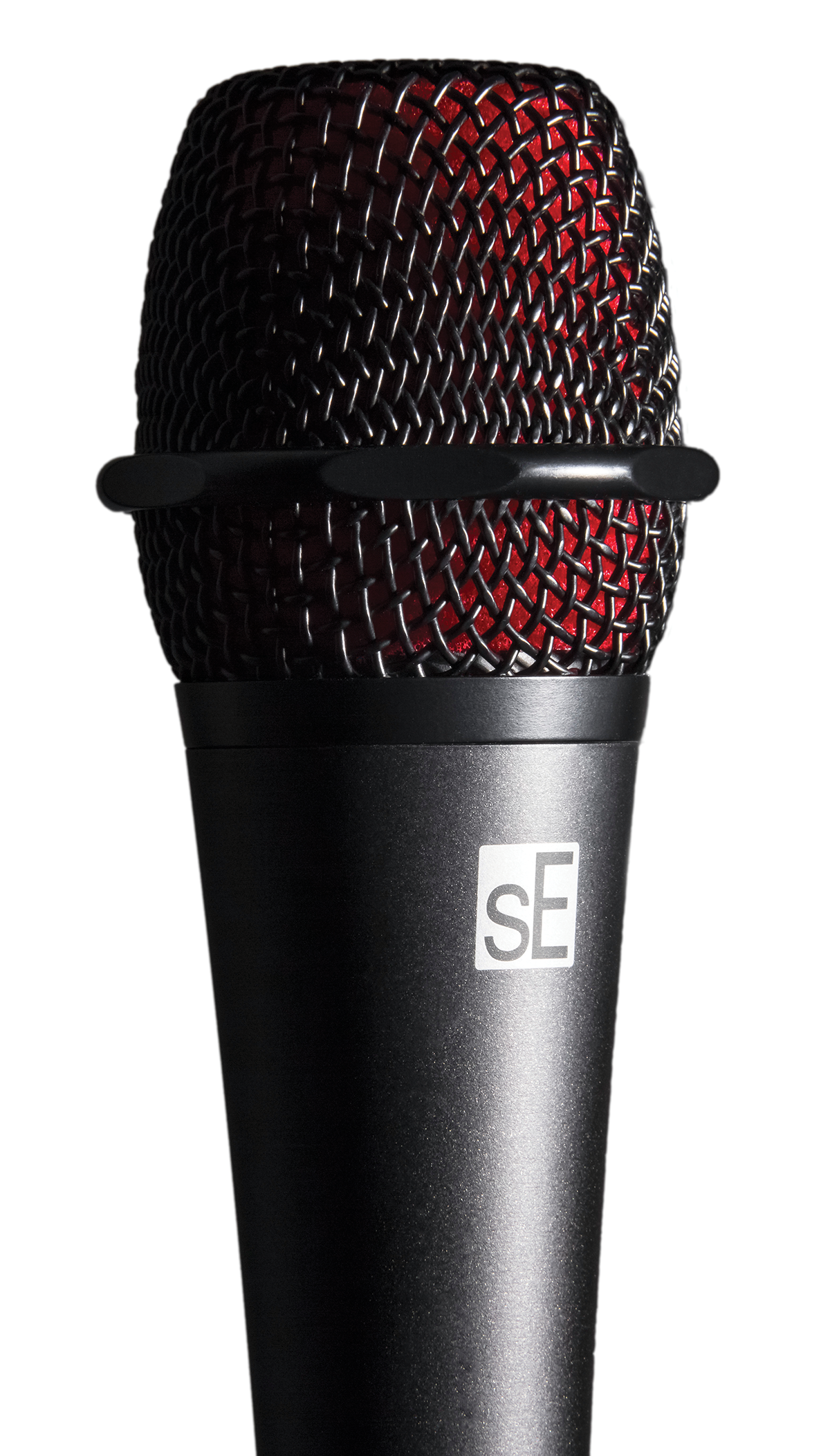 The super-cardioid V7 sounded much smoother through the upper mids, with little-to-no presence peak, and a more neutral, natural sound.

Feedback wasn’t an issue with either microphone. Even when the grille was inevitably cupped by the grip of an MC not yet schooled in proper mic technique, neither mic went into feedback.

However, it should be noted that while they didn’t feed back, both mics sounded decidedly lo-fi in this position, as both high-end and low-end were filtered off by the grip – something that we’d usually discourage, but could be used as a fun technique if properly learnt and used carefully.

For most vocalists, our preference was the V3. The proximity effect was less pronounced with this microphone than the V7 and the extra presence helped to hype the vocal in a musical manner.

However, we didn’t have any other backline instruments causing bleed issues, which may have benefitted from the additional isolation provided by the super-cardioid pickup pattern in the V7.

The V3 and V7 are up against a lot of other mics vying to replace the Shure SM58 as the go-to vocal microphone.

If you have the opportunity, we really recommend trying out a few before you buy one, especially if it’s for your own vocal – as it’s impossible to know which will work best until you do.

Outside The Comfort Zone

Both are labelled as ‘vocal microphones’ on the box, but anyone with any experience in recording will know this is just part of the picture.

The SM57 and 58 are commonly seen on snares, toms, guitar cabinets, brass, and almost everything else at one time or another.

So, to truly compete, the sE mics need to sound good on more than just vocals.
We started testing on a guitar cab in the studio, comparing the V3 and V7 to our studio Shure SM57 and Heil PR20.

In the low end, the V3 was remarkably similar to the SM57 with little need for much high-pass filtering, while both the V7 and PR20 enhanced the bottom end in different ways (the V7 sounding a little boomy, especially on big open chords).

With some high-pass filtering the V7 sounds solid and the midrange captures an aggressive bite, particularly in the 800Hz range that none of the others could compete with.

Through the upper range of the guitar, the V3 and SM57 both sounded a little pinched, with the V3 in particular pushing the fizzy high end forward in the recording, which we’d want to roll off in the mix. 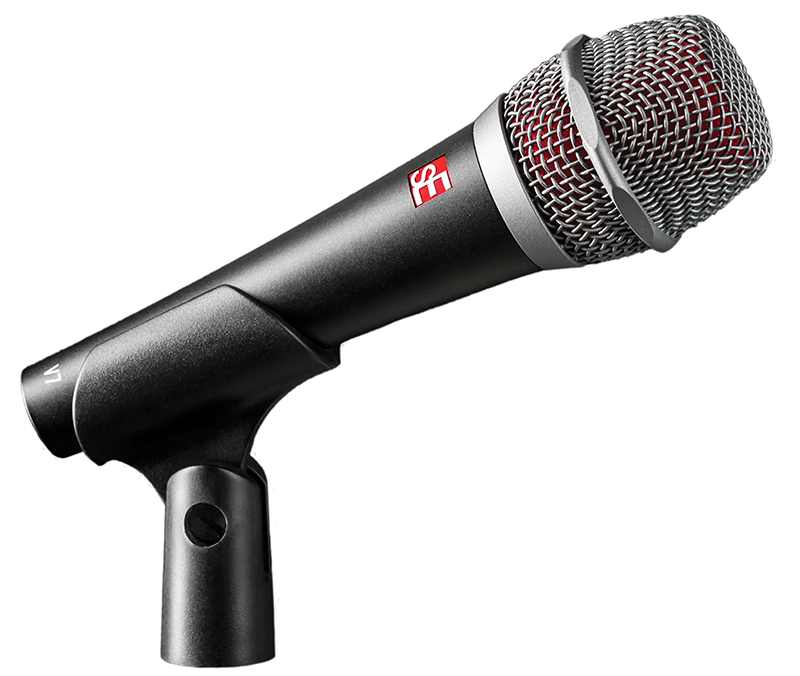 On snare, the huge bottom end of the V7 conjured a snare sound that could punch through walls. It didn’t have quite the crack of the SM57 or V3, but for big heavy snares, this mic is a must have.

The V3, by comparison, had a more classic modern-snare tonality to it, similar to the SM57, but with a little more body and a fatter thwack.

For live vocals, the V3 is going to make a great alternative to the Shure SM58. Not only does the presence give it an extra shine, but it looks great to boot.

The V7 is more refined, and will suit certain vocalists more than others, but if you record acoustic drums often, you owe it to yourself to at least give it a try on snare. It’s not perfect for every occasion, but it does have a sound all its own. 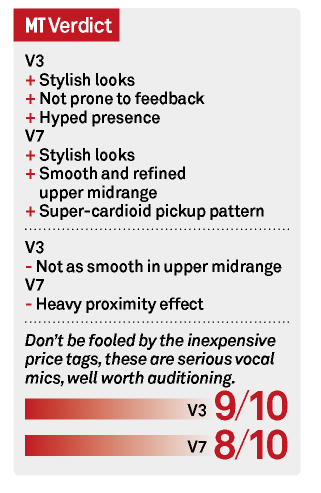