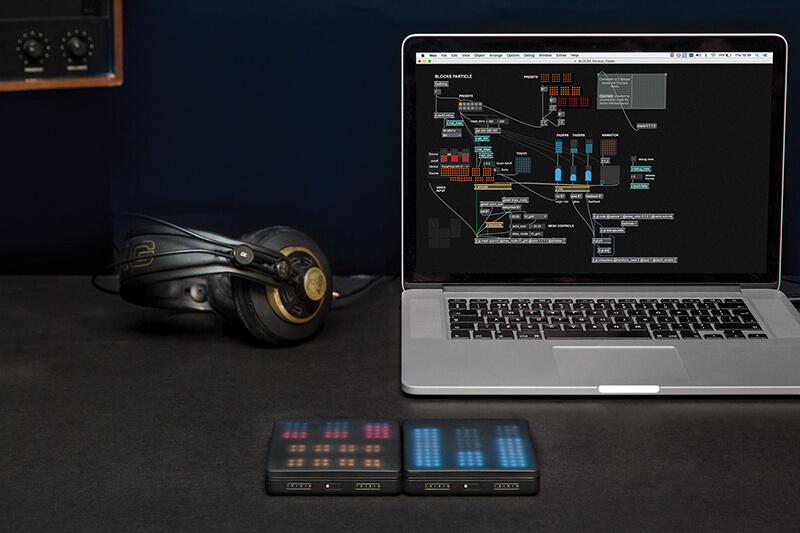 ROLI has been on, what you might call, a roll of late, updating both BLOCKS and the NOISE app, as well as the Dashboard software that connects the two. In fact there are now so many different parts to the ROLI ecosphere that it’s getting a little hard to keep track of them all! With this review I’m going to focus on one or two parts of the ROLI and BLOCKS world to give it the focus it richly deserves. First, though, let’s see if I can provide a quick overview of everything in the multi-dimensional world of ROLI.

The company first wowed us with its multi-touch MPE Seaboard range of (sort of) keyboards, which use five dimensions of touch for a unique playing and performing experience. They offer everything from ultra-realistic ‘proper’ instrument sounds to out there space age atmospheres via a great synth called Equator.

ROLI then transferred some of this 5D technology into a portable Bluetooth set of music makers called BLOCKS that trigger the free NOISE app to make music. Most recently I reviewed the Seaboard Block which is (unsurprisingly) a Block-sized Seaboard and really a product that gives you the best of both ROLI worlds – that unique playing experience but all set within the uniquely mobile BLOCKS world.

I must admit, I’ve always looked a little down my nose at NOISE. It is clearly aimed at another world of music making: people starting out or experimenting on the fly, not really for us pro music makers – or so I’d tell myself.

For the sake of some ROLI clarity, I’m not focussing on NOISE this time around, but instead on the Blocks Dashboard software. This was fairly underwhelming, but it had some promise that has finally arrived. BLOCKS Dashboard is the modular software that picks up each Block in your network and now allows you to easily configure each to perform a specific task, be it Ableton Live controller, channel fader controller, even Space Invader! The ease and implementation of the software has made me sit up and take notice and re-evaluate the BLOCKS system. And with a brand new Lightpad Block to help along, it’s time to do just that.

The new Lightpad Block is called ‘M’ and, on the face of it, looks just like the old one. It’s the central component of the BLOCKS system and the device that allows you to play notes, hit beats and move fingers for glide effects and more. Look closer and you’ll notice nodules on its smoother surface which are called ‘micro keywaves’ and there are 225 of them for a tighter playback. The surface offers extra depth too, which gives you an overall impression that this is far more expressive than its predecessor (which ROLI was going to continue, but which looks to be sold out at the time of writing). It’s brighter too – by 50% according to ROLI. When put next to my old Blocks it certainly shines. 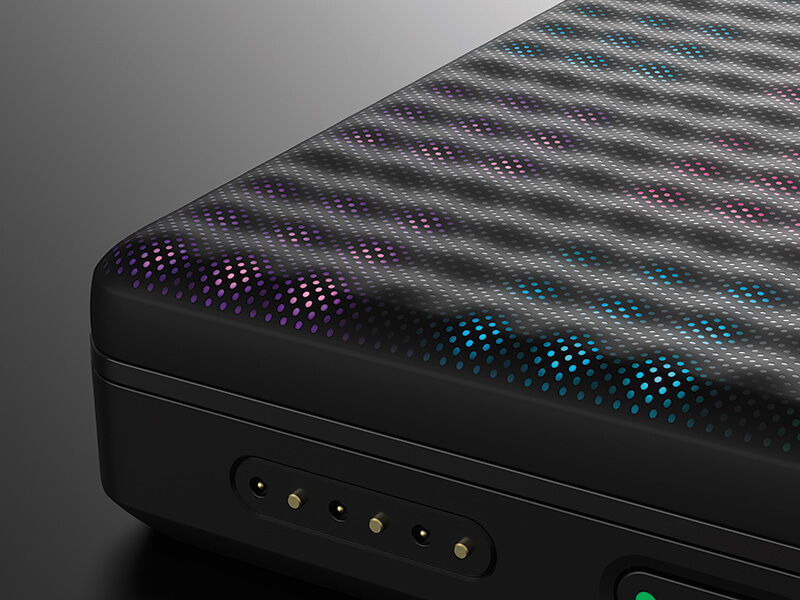 Otherwise, though, it performs a similar function and on powering up you’ll probably need to update everything in your ROLI system to make sure that it works, which might include everything from the NOISE app to the firmware of the unit itself.

It’s when you put it side-by-side with an original Lightpad that you realize just what else that ROLI has built in. It feels substantially thicker and squishier, which helps it give you a lot more depth when playing. Again ROLI has given me a solution to a problem I didn’t realise I had with the original Lightpad and the M does feel like a more luxurious new way to fully enjoy my five dimensions. 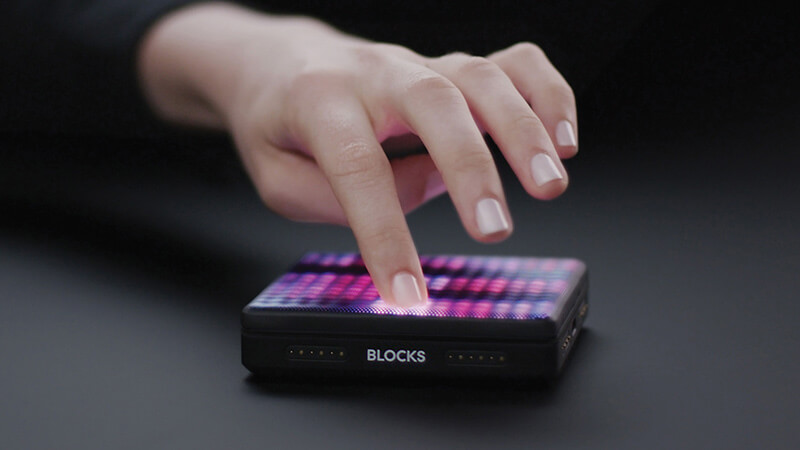 As good as Blocks is – and the potential is great – I wouldn’t say that Blocks and Blocks Dashboard is something that you absolutely need in your studio. Indeed, you can do much of it with a decent MIDI controller that you may already have. However, it does offer you a glimpse into the future of control and the journey that ROLI is attempting is sure to take us all along to some extent or other.

And so to the main event

As good as the new Lightpad is, though, it’s Dashboard that’s causing me the most excitement. This was very much the utility software that allows you to update the firmware in your Blocks and keep them all in order. Now it’s an all-singing, all dancing modular middle. Boot it up and connect one of your Blocks by USB and it will show any that you have connected and consequently added (I had three Lightpads: one new, two old, plus a Seaboard Block in mine). Move them around and the on-screen set-up moves with you.

You get a list of modular options beneath which include Ableton Live, Control, Drum Block mode, and Mixer Block mode. Simply select which Block you’d like to update and then click the option and your ROLI Block instantly changes into that controller. The Fader and Mixer Blocks can be assigned to channels within your DAW and there’s an XYZ Pad that introduces performance options to MIDI control.

The Drum Block mode and Note Grid are great options to play percussive and melodic instruments while the Ableton Live Control options is a stand-out. It has you instantly leaping around Live triggering Clips in your song and moving around the arrangement using simple left or right navigators. It’s no Ableton Push, but I’ve tested a lot of controllers for Live and while this doesn’t have the functionality of the major and more expensive ones, it is about as instantaneous and fun as it gets with DAW control.

The Ableton Live Control option also points to where BLOCKS is going. I’ve seen a couple of plans for the BLOCKS system which look like they will be taking it further down this pro route, which is certainly exciting. For now though, give us some other DAW templates to keep us going please, ROLI! Oh, and some easier games. I just couldn’t get into the swing of the Breakout style game at all…

ROLI could be in danger of becoming a victim of its own advancements with its many and varied technologies. There’s no doubting the wonder of the five dimensions of touch and MPE controllers as a piece of technology, but the system as whole can get a little lost in terms of its focus and is weighed down by names for the different parts and processes. When you break it down to these different parts, it can often feel like a bit too much: Equator, BLOCKS Dashboard, Dashboard for Rise, NOISE itself.

However, it would be a shame if all of those components scared anyone off, because really the ROLIverse is designed for all of us to take part in, no matter what our musical bent – it’s just a matter of picking and choosing which parts suit. Dashboard and the new Lightpad Block M are where it’s at for us DAW users and ‘pros’ and once you get up and running with Dashboard you’ll soon get it.

The potential is enormous to make BLOCKS work for whatever environment you choose and I can see us picking and choosing Blocks to control aspects of any DAW, not just Live. Grab some faders for Logic here, or some controls for your favourite soft synth there…

If ROLI adds templates for all DAWs and makes it as instantaneous and easy as it currently is with Live, then suddenly we will have a control system that works for everyone, and a very cool and fun to use one at that. So, if you thought BLOCKS was just a bit of a mobile music novelty, think again. It’s developed into a fun to use and very flexible control system that has the potential to become, well, whatever you want it to be…

There is an increasing number of MPE controllers although none are as cheap and easy as BLOCKS. Roger Linn’s expressive MIDI controller tracks the subtle movements of your fingers, allowing for some great expression. 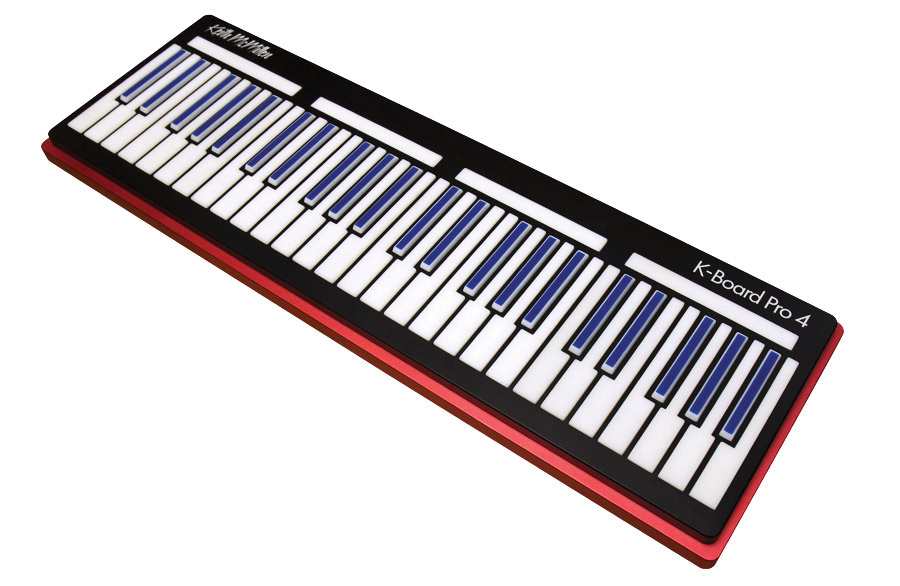 This is a 4-octave touch sensitive MIDI controller with ‘Smart Fabric Sensor Technology’ for an expanded range of expression and MPE options. One of the few keyboards to give you those extra dimensions.