PreSonus has combined coaxial speaker design from the 40s with cutting-edge DSP technology. Huw Price assesses the results.    Details Price S6 £559 each. S8 £649 each Contact Source Distribution – 020 8962 5080 Web – www.presonus.com Driver placement presents one of the most obvious practical difficulties for monitor designers. Since two or more drivers are needed […] 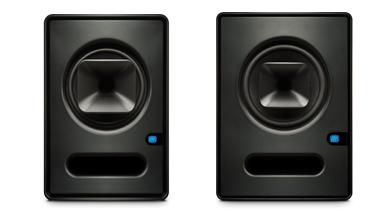 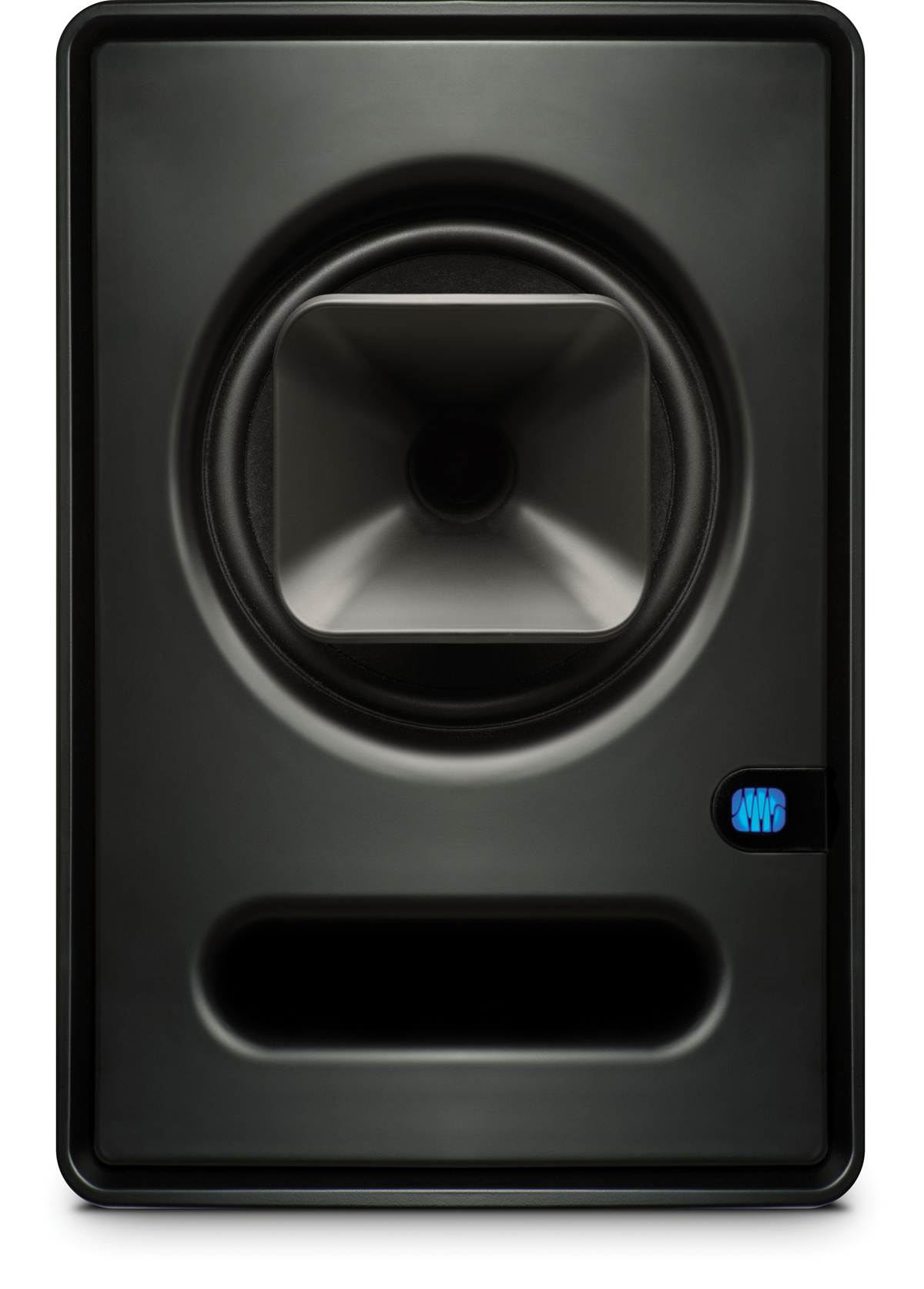 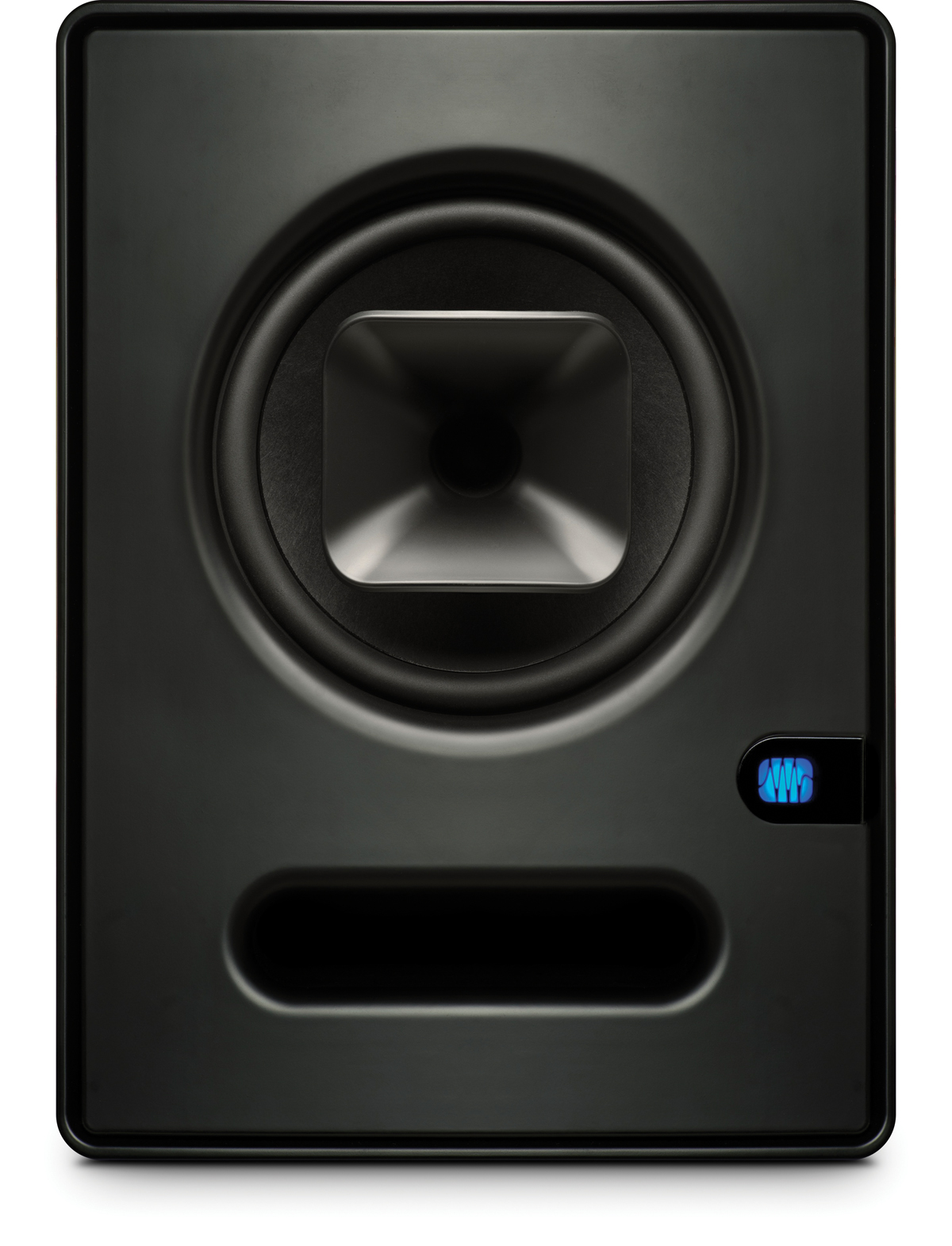 Driver placement presents one of the most obvious practical difficulties for monitor designers. Since two or more drivers are needed for any (non-electrostatic) monitor, the physical distance between the drivers dictates that the sound they produce comes from different locations depending on frequency rather than from a single point. Since both drivers reproduce frequencies around the crossover frequency, phase anomalies occur and frequency balance changes depending on the listening position.

To overcome these issues, coaxial speakers with the high-frequency driver located in the centre of the woofer were first developed by Altec Lansing during the 1940s. Here in the UK, Tannoy became the highest-profile coaxial speaker manufacturer. The company’s Dual Concentric models became a British control room mainstay and Bill Putnam’s hybrid coaxial UREI monitors were also widely used.

What’s the Point?
Besides the difficulty of manufacture, coaxial designs have problems of their own. It’s highly complex, but the issues include the woofer modulating the high frequencies, low-frequency diffraction around the tweeter horn, and reflections from the rear of the horn bouncing off the woofer and being propelled forward, out of sync with the direct sound. 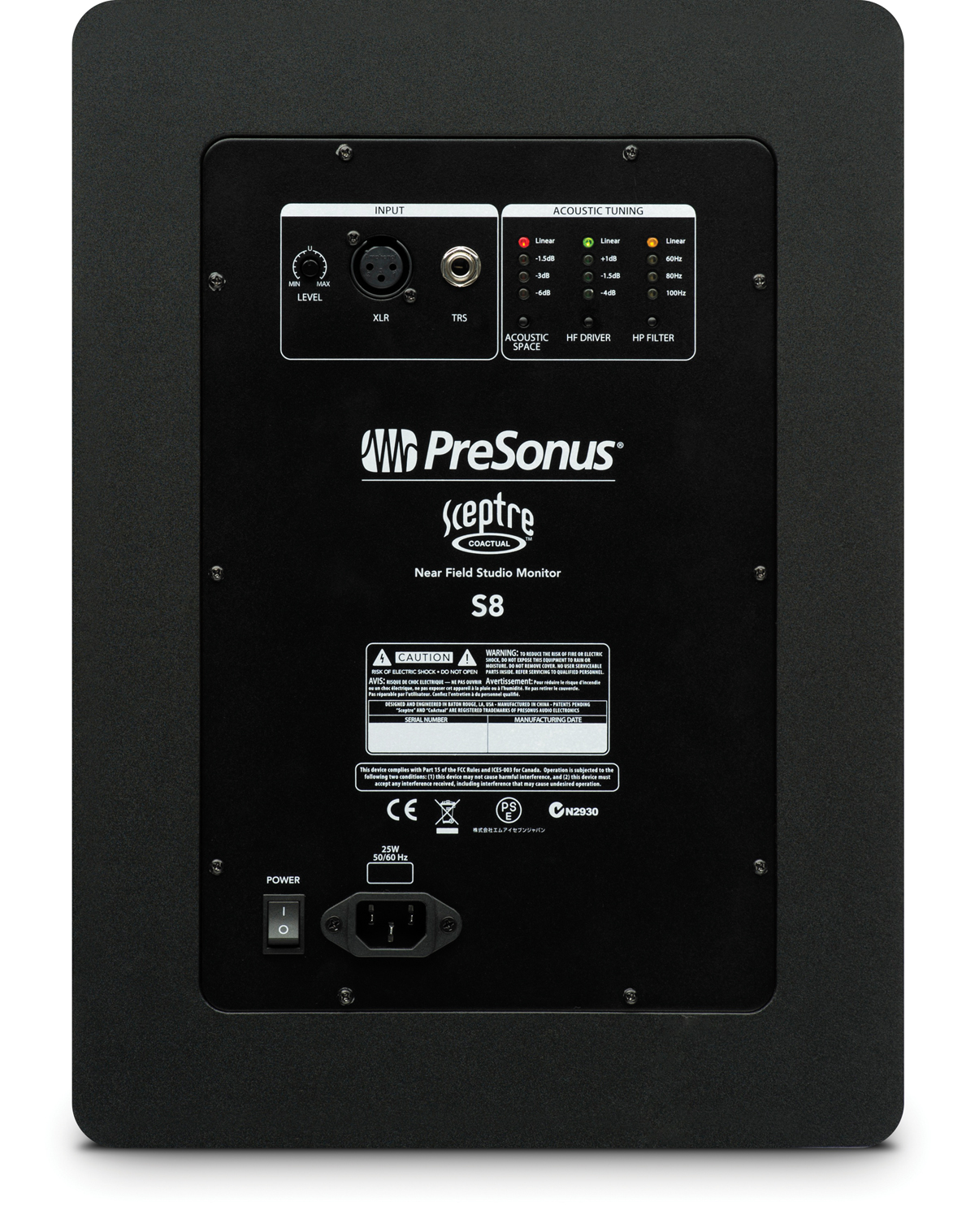 The ultra-rigid HF horn is shaped to keep sound energy away from the woofer cone, and rather than attempting to polish the proverbial, the hardware and DSP processing were actually designed to work together from the start. TQ employs highpass, lowpass and parametric filters alongside delay.

The resulting Sceptre range comprises two models. The S6 and S8 have 6.5-inch and 8-inch woofers respectively and share the same 1-inch horn-loaded tweeter. The drivers are powered by 90W Class-D amplifiers with TRS jack and XLR inputs and the components themselves are housed in heavy, front-ported enclosures. Acoustic Space provides 100Hz filtering to compensate for boundary-induced bass boost and the HF driver can be attenuated by 1, 1.5 or 4dB. The High Pass setting rolls off bass at 60, 80 or 100Hz.

S6
First impressions are of tremendous clarity and a wide-open stereo picture. With acoustic recordings, the degree of air around the instruments is quite remarkable. Frequency response seems very even as well, with no discernible anomalies present in the midrange, and there is no appreciable change in timbre as you move around the listening position.

We felt there was a shift in frequency balance depending on listening level. Like most speakers, the S6s lose bass weight at low volume; as you turn up, the sound fills out and there is a discernible sweet spot. It remains even down to around 50Hz, below which there’s a fairly rapid roll-off. PreSonus makes a compatible subwoofer called the T10.

S8
Besides the woofer diameter and enclosure size, the power and features of the S6 and S8 are identical. Nevertheless, we preferred the S8. They gave us everything we liked about the S6 – but more of it. Bass was deeper and punchier, mids sounded fuller and the slight sharpness we experienced when playing back string quartet recordings was less apparent. 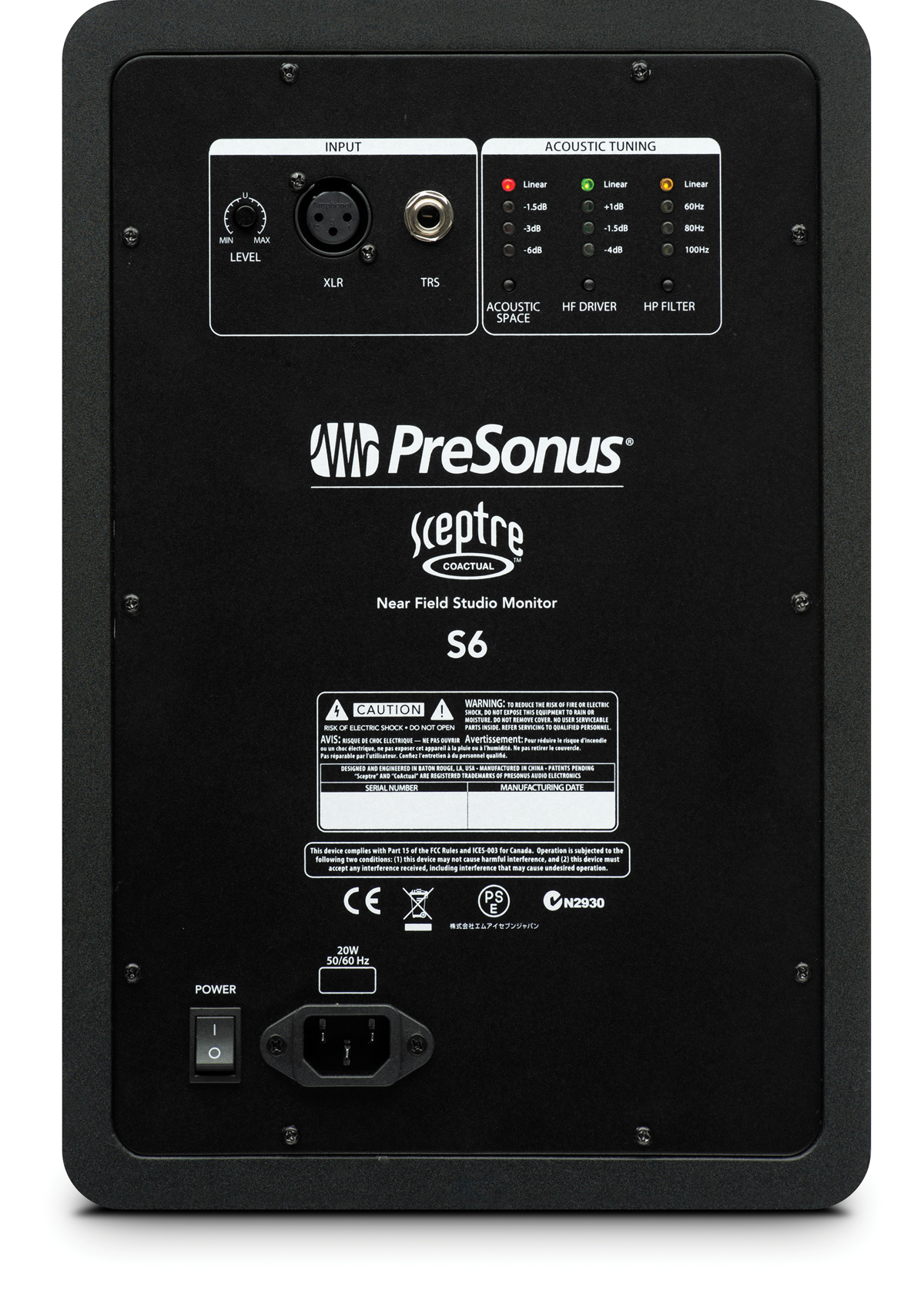 To compensate for proximity effect, the Sceptres have an Acoustic Space switch that cuts frequencies below 100Hz by a fixed amount

Initial concerns that the S8 would overpower our medium-size room proved unfounded and we experienced an even greater sense of acoustic space and three-dimensionality. Simply put, they sounded stunning.

Since the analogue signal is converted to digital, some may find it rather odd that neither model has digital inputs. Input Level sets the gain of the input signal before the amplification stage, but the control is non-indented and feels a little flimsy. In practice, the front end was so sensitive that we operated the speakers with Input Level set at minimum for the best signal-to-noise ratio. 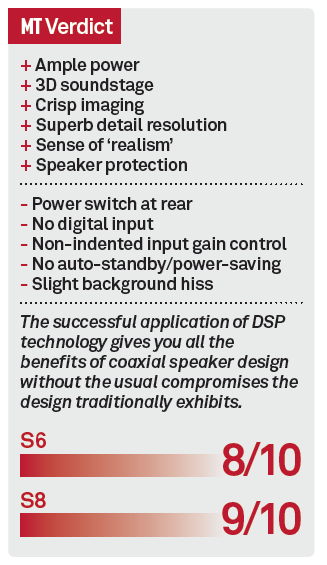