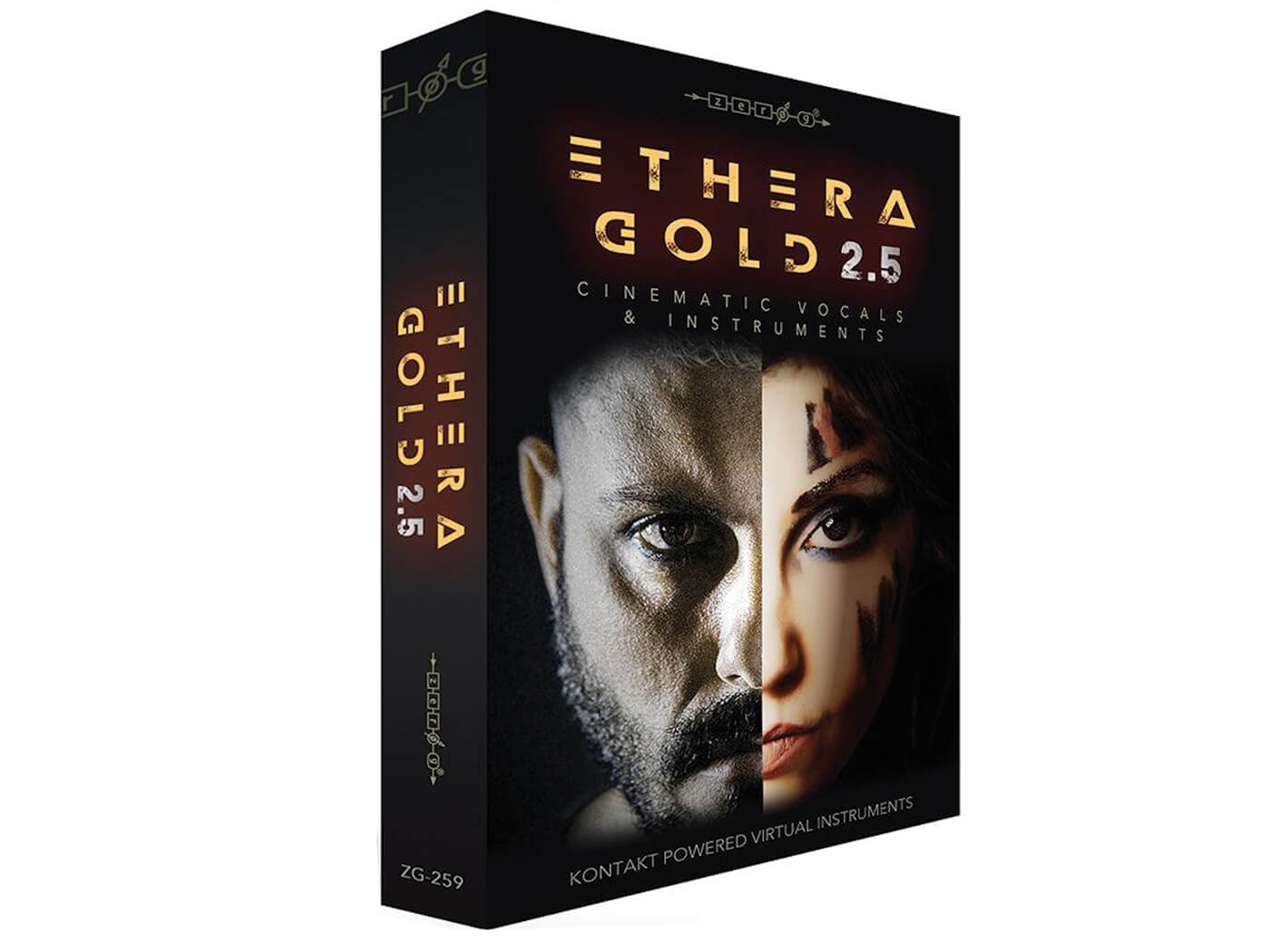 Under the creative direction of Stefano Maccarelli, Zero-G has set the standard for affordable sound-source packages and sample libraries for more than 20 years. Its highly prized Ethera series has become a stalwart for many producers and composers, offering superb sounds across many instrumental categories. With the release of Ethera Gold 2.5, the flagship suite adds yet more content to an already brimming bundle.

Given Maccarelli’s background as a composer and sound designer, it’s no surprise that Ethera Gold lends itself to media work. It operates within Kontakt but doesn’t conform to the Native Instruments library standard, which means you’ll require the full version of Kontakt, rather than its free player, to use it. It also means that patches are loaded from the File menu, rather than the more immediate and aesthetically pleasing Library menu. Installation is a more manual affair too and isn’t handled via Native Instruments’ Native Access.

There’s a considerable amount of instrumental content here, beginning with the Core and Action synths. Once either of these engines is loaded, it’s a simple case of loading a snapshot or building a patch yourself, employing up to four layers of sampled content simultaneously. The sounds can get very large, very quickly.

Also ported from Ethera Gold 2.0 are the female vocal talents of Clara Sorace, who again provides a wealth of phrase-based content. New to Gold 2.5 though, is the true legato instrument, which allows for smooth performance of Clara’s vocals. This isn’t easy to pull off. Despite the presence of keyswitchable articulation, the results here are not as believable as we might have hoped. With movement from one note to the next, the legato does not feel overly natural. Despite its acoustic attributes, the accurate tuning can result in a sound that feels electronic, not helped by the attack phase from one note to the next, which has something of an artificial feel. These shortcomings are balanced out by the superb phrase-based patches though. 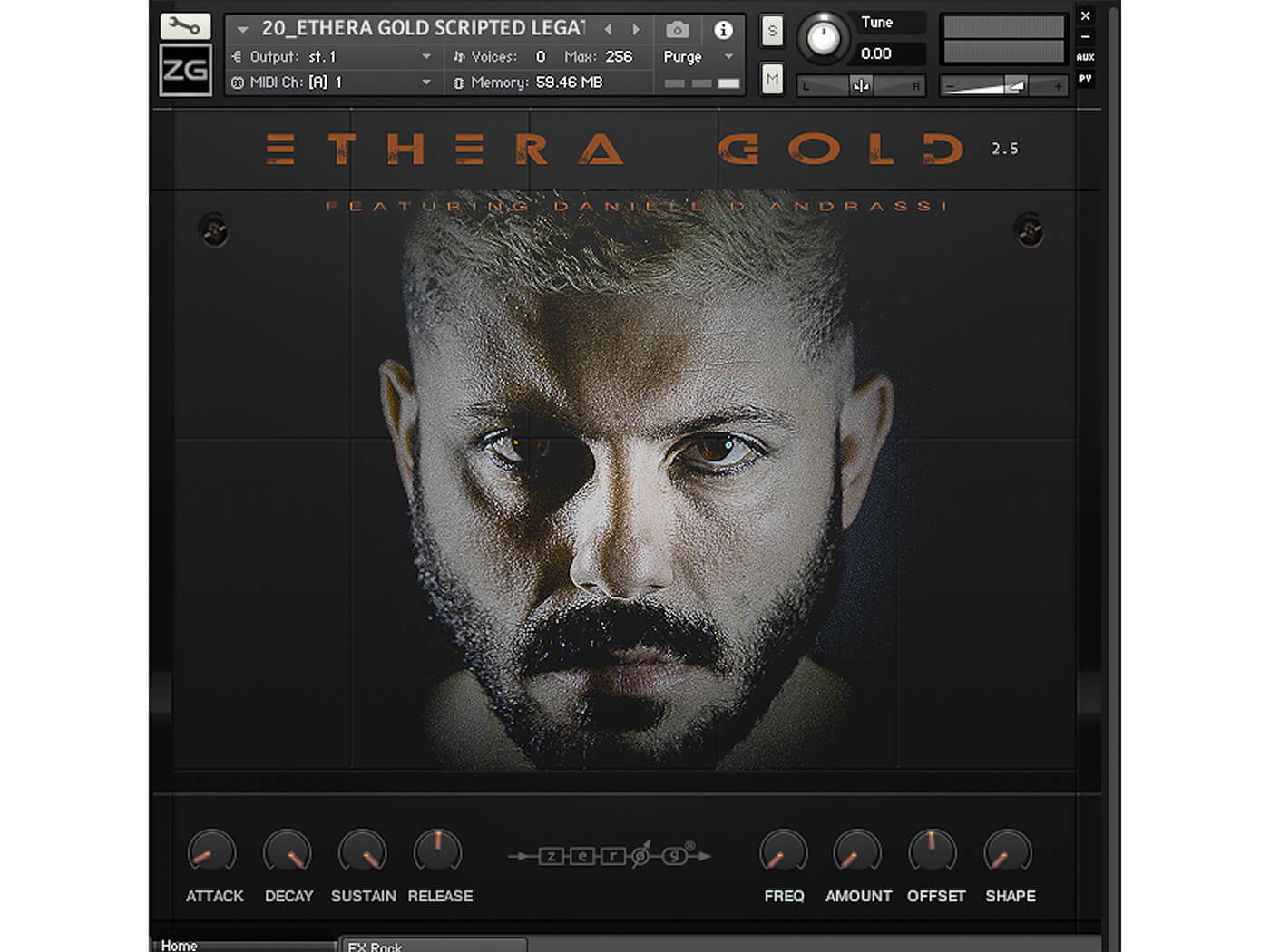 Also new to Gold 2.5 are the matching male vocals, supplied by singer Daniele D’Andrassi. Despite his operatic training, there’s a similar wealth of content and diversity here, from phrases and sustains to the legato mode. The sampling is cinematically representative, with similar content to the female vocal but leaning more towards non-western singing styles. The phrases sound impressive but, again, the legato doesn’t feel assured.

Another new inclusion is the Vocal synth, which despite its branding offers plenty of electronic and production-ready material, from gated triggers and sequences to excellent new wavetable options. 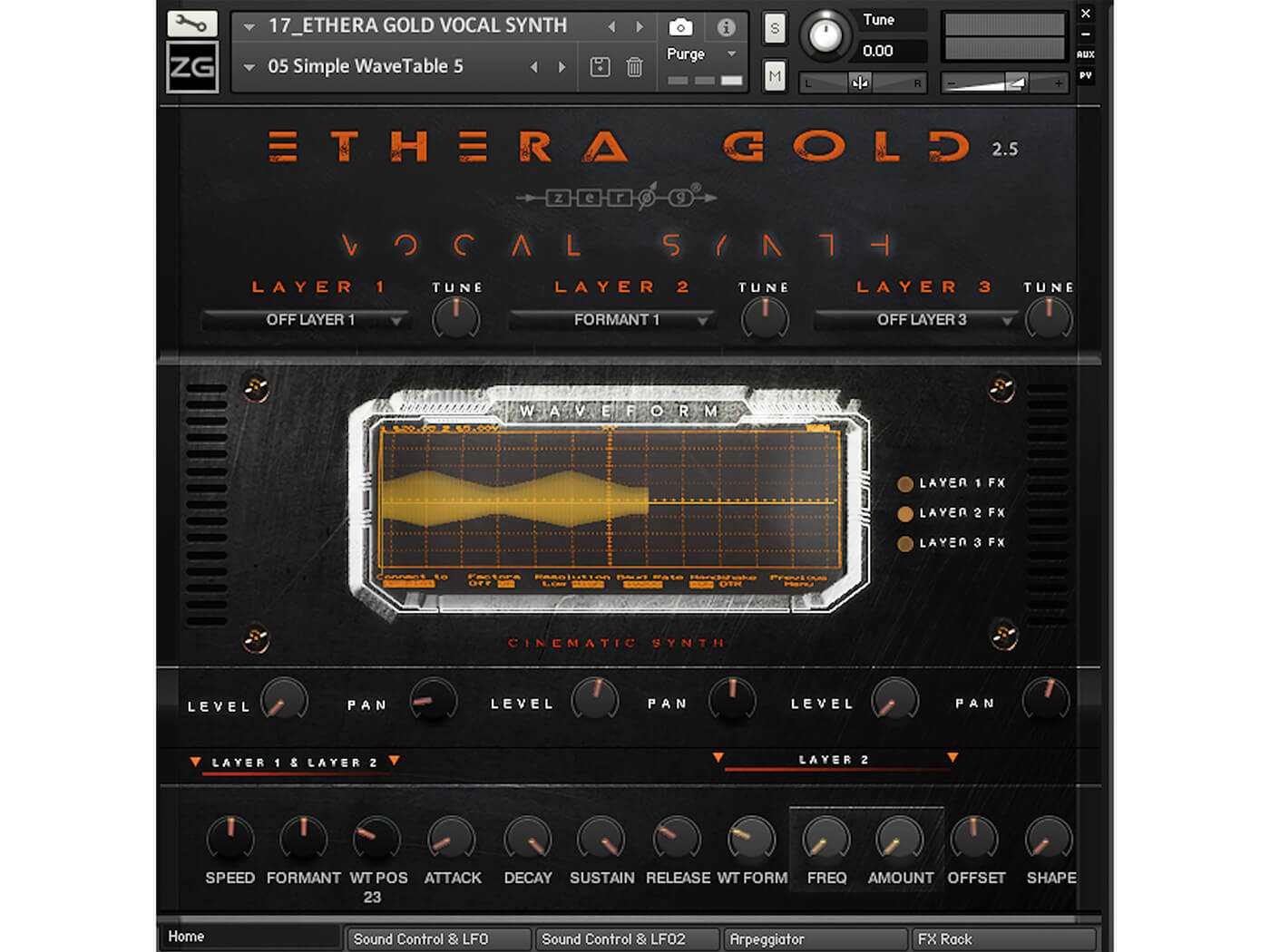 Top of the podium

Ethera Gold 2.5 is fine value for money and a worthwhile upgrade providing you already have the full version of Kontakt to call upon. While it doesn’t scrimp on the samples, it would benefit the package if its hierarchy were simplified. Boasting 20 Kontakt instruments with thousands of associated snapshots, it can feel overwhelming, particularly with the inclusion of previous Ethera content. The workflow might be far more enjoyable if users didn’t have to continually swap instruments, while the reliance on snapshots seems to stunt loading times.

The price of Ethera Gold 2.5 is attractive but only if you already have the full Kontakt infrastructure in place. There are lots of highlights throughout the suite, from previous Ethera components, as well as new content. If you already own Ethera Gold 2.0, the upgrade price will be worth the expense for some of the new content, though prospective new users may baulk at the need to purchase the full Kontakt package just for one synth. Ethera Gold has cinematic tendencies, and much of the vocal content is convincing.

The vocal content that was originally part of the Jaegar package broke out on its own thanks to positive user feedback. It remains one of the best cinematic legatos around for soaring female vocal leads.

Another instrument that fits the Kontakt form, with four individual sample-based partials per patch and morphing between partials, which is beautifully displayed in graphic form.