It’s always fun to get a little off the wall sonically, but just how berserk can you really get with Waves’ distortion plug-in? 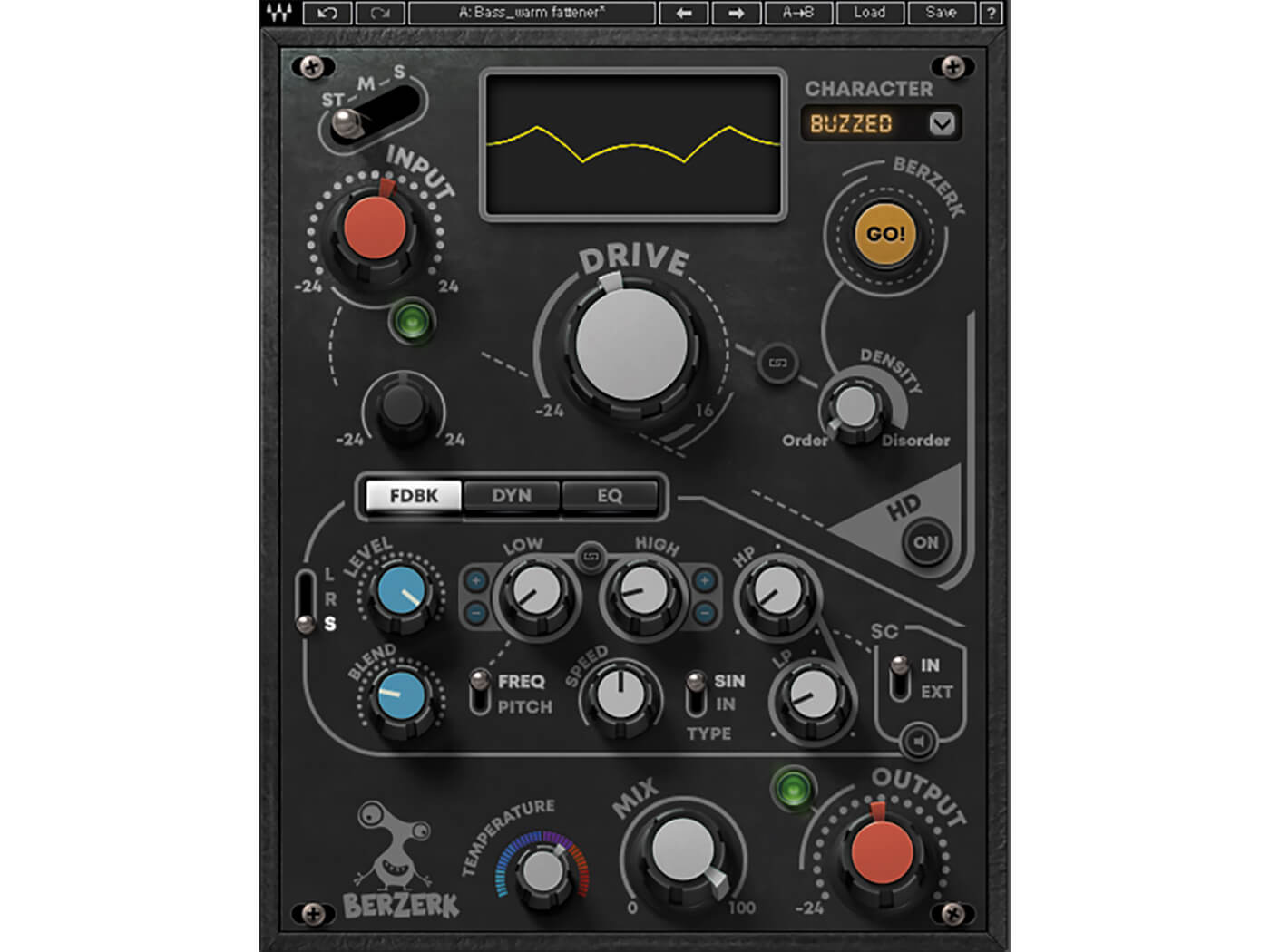 Black Friday is one of those bizarre days in the festive period that some approach with relish, others with disdain. Waves Audio wanted to keep you in the former camp, so granted the free gift of Berzerk to its customers over the Black Friday weekend. Of course, most producers and beatmakers can’t say no to a free plug-in, but now the holiday season is very much over and we have to ask whether Berzerk is now worth opening up your wallet for.

Upon loading up Berzerk for the first time, your initial reaction might be the same as mine, which was a feeling of ‘what on earth is going on here?’. There’s over a dozen knobs of different sizes laid out on the interface, a waveform display, a few small buttons and switches, some LEDs; and it’s not immediately obvious what they all do. Two versions of Berzerk will exist in your plug-in library, a mono version and a stereo version, the latter offering some extra control of the affected stereo image, including mid/side processing.

The first thing you might do, however, is whack up the huge central drive knob to immediately start hearing the heavy, gritty tones that Berzerk is designed for. Just above the drive knob is a panel displaying a waveform that will morph as you alter the drive. Set drive to its lowest point and you’ll get a fairly smooth, unaffected waveform – pump up the drive and you’ll see this waveform get squeezed and crushed, which is a fairly accurate representation of what Berzerk does to your audio.

A dropdown menu next to the display is home to ten different waveforms to shape your sound to, aptly named to reflect the characteristics of the effect. This includes Squashed, Loony, Trippy, Frenzy, Clipped and more. An orange button below is simply labelled Go, with ‘Berzerk’ wrapped around it – this is one of the more fun features to quickly decimate your sound. Every time you hit Go, you’ll see the waveform in the display squeezed and crushed, depending on how high you set the Intensity dial connected to the Berzerk section.

For the most part, you might find yourself playing around mostly in this section; it’s easy to navigate and get a dirty tone. A fairly comprehensive preset library will let you explore what Berzerk is capable of and is split into configurations for a variety of instruments, mostly drums and synths. One thing that would be a fun feature would be an LFO or envelope to toy with drive amounts and density; riding these knobs gives you some interesting sounds that I wish you could set up automatically.

The lower half of Berzerk is where things start to get a little more complex, with a feedback section, dynamic section (gate, expand or ride the input into the distortion) and EQ. Increasing the Level and Blend knobs will bring the feedback into play, which acts in a similar fashion to a ring modulator, offering modulation over frequency or pitch. A speed knob, low-pass and high-pass filters and Low/High knobs will provide total control here, and you’ll hear immediately that unconventional sounds punch through right off the bat. It’s difficult to think of an exact use for this section, but if you spend a few minutes playing around with it you may get some sound design inspiration.

The EQ section will let you tailor the tone of the distortion with low, mid and high-frequency controls. Below this panel is a Temperature knob, which seemingly changes the colour of the distortion from Cold to Hot. Essentially, this is boosting or attenuating the lower frequencies to apply or retract the warmth of the overall distortion tone. A mix knob just beside Temperature lets you set the blend of the overall effect, naturally. Other than these obvious parameters, it’s safe to say this lower section of Berzerk is yours to experiment with; it feels unlikely that many will jump in and understand exactly what’s going on here, so it’s best to just get stuck in for a while and see what bizarre sounds you can come up with.

If you’re looking for subtle distortion and a touch of warm saturation in your music, Berzerk really isn’t for you, but the plug-in does hold the power to get creative and weird with distortion, morphing your music into something completely different. There are other distortion plug-ins that are more intuitive and impressive, but they will most likely set you way further back than Berzerk. Once you settle into the interface and controls, you’ll find this plug-in has the potential to wreak havoc on your sounds. The price tag is pretty competitive compared with other distortions of its ilk, but I would advise trying out the demo and seeing if this extreme noisemaker is going to benefit your music – for some it will do wonders, for others it might be left untouched in their DAW plug-in section for aeons. 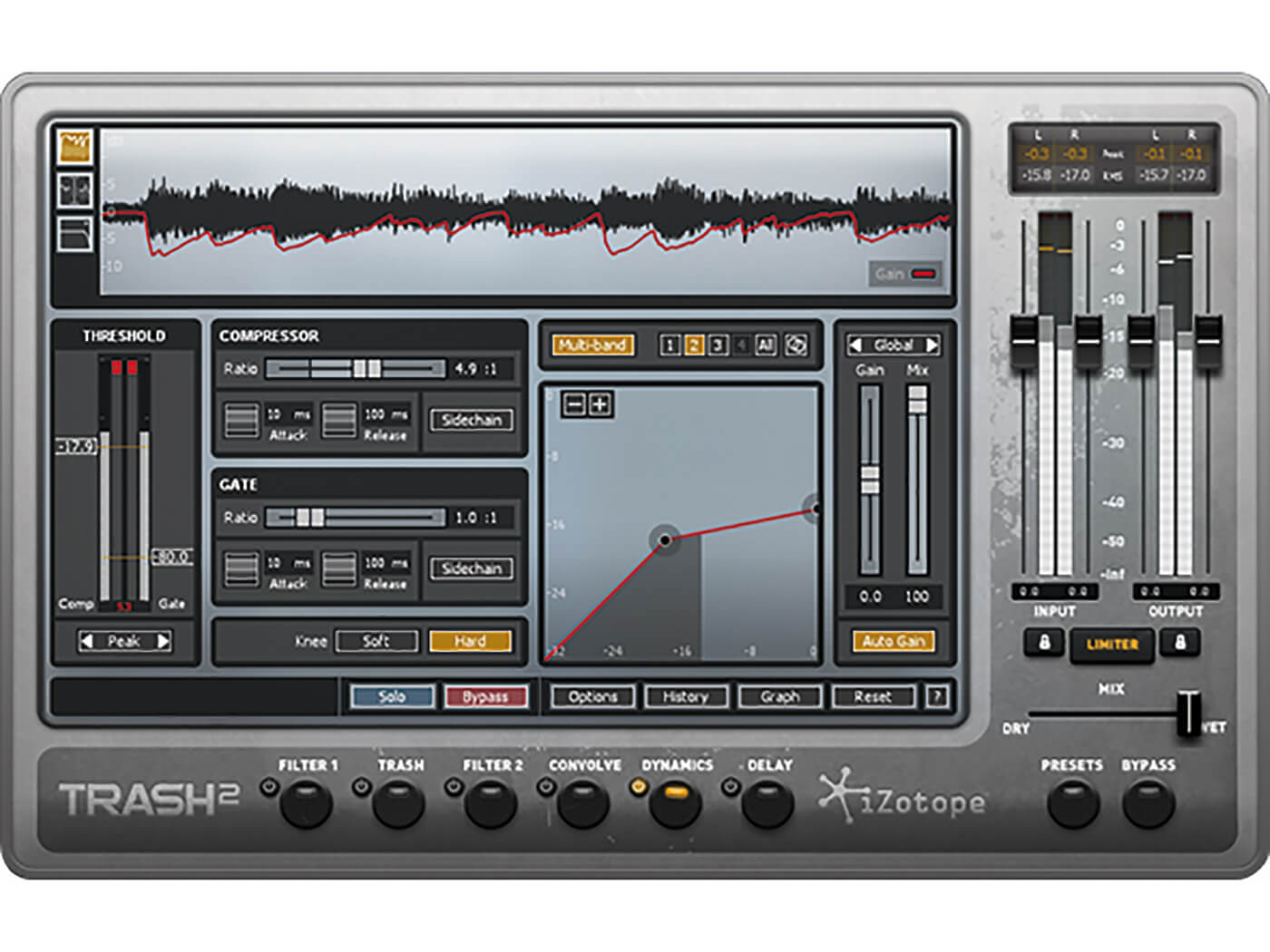 Trash 2 is an incredibly well-known distortion plug-in used by professionals in a range of styles and genres. iZotope’s effect features wave-based distortion, filters and space simulation, offering impressive control over the sound. 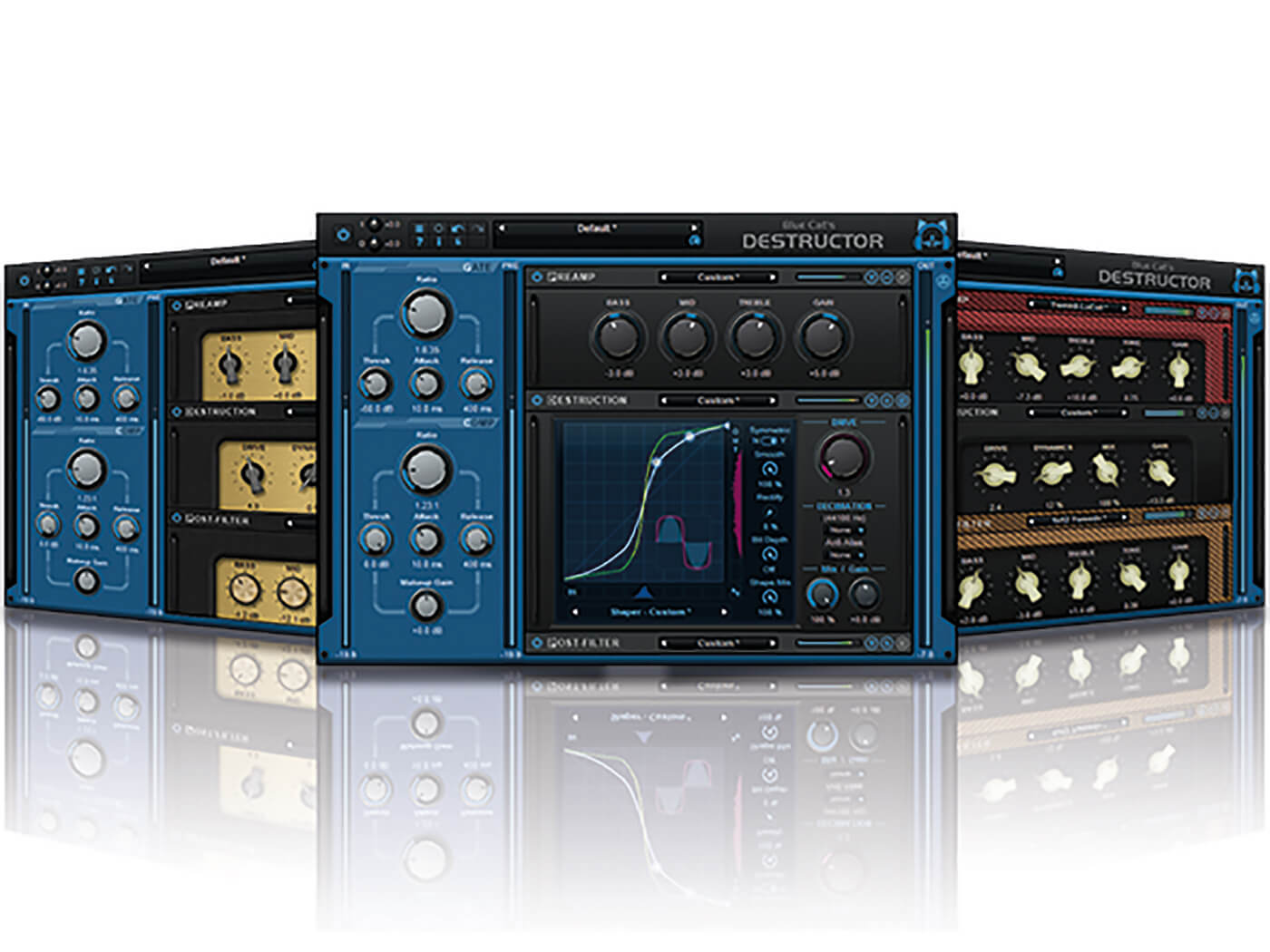