Sweet-toothed beat-makers will be smitten with this affordable virtual drum designer. 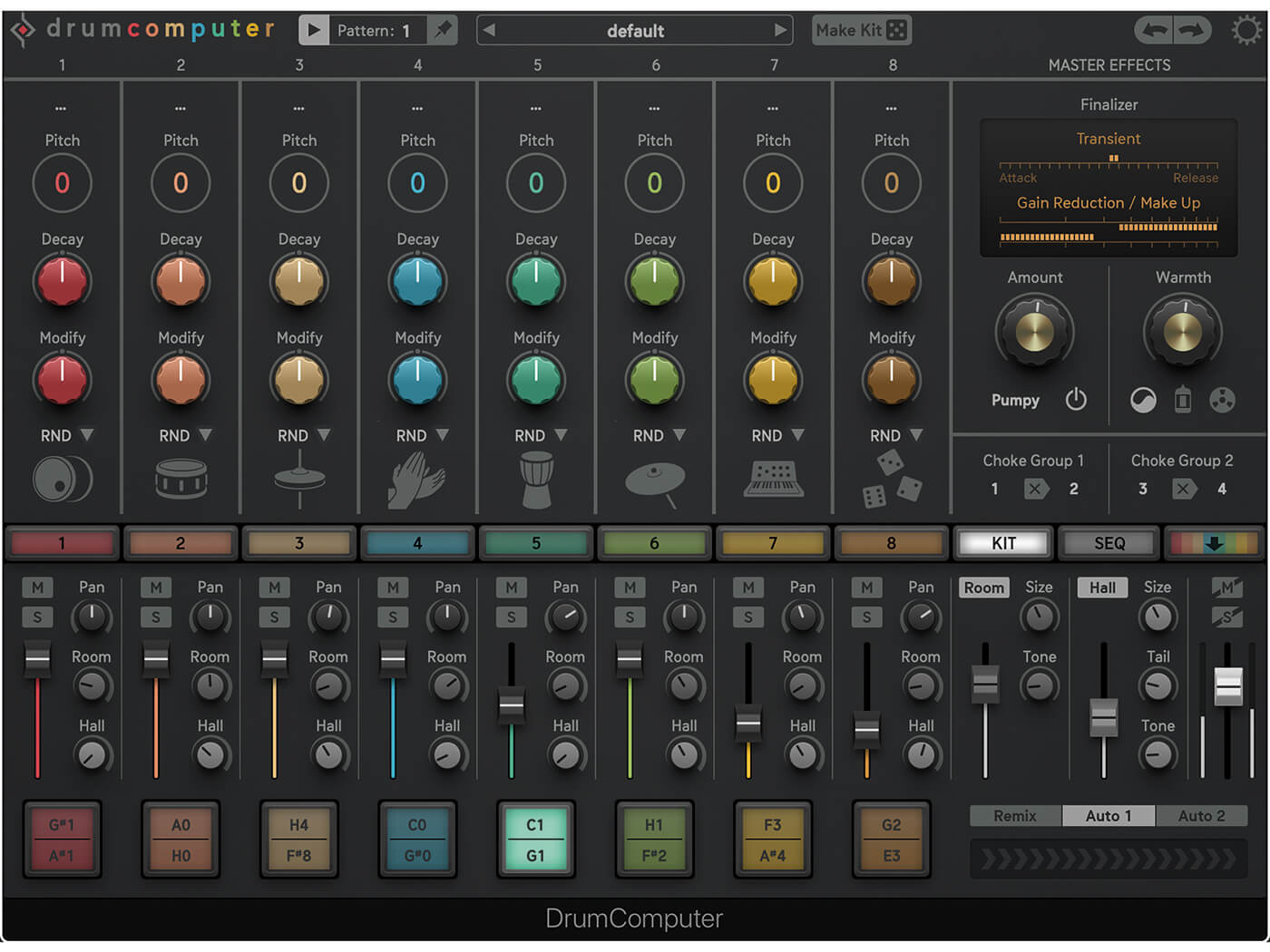 Berlin-based Sugar Bytes has been making good on its mission statement, which expresses its will to “produce and provide better tools for all [its] friends in music”, for some time now, thanks to a product range that encompasses synthesizers, effects processors, beat-slicers and guitar simulators for desktop and iOS applications. But what this honeyed German team’s company promise perhaps doesn’t make clear is the fantastically off-the-wall flavours for which its plug-ins have become so beloved.

Sugar Bytes’ developers were among the first to launch MIDI control-triggered processing that allowed effects be spun into sounds in real time, while instruments such as its wobble-heavy Cyclop, with its arcade-game stylings and bonkers sonic capabilities, are deliciously unhinged. DrumComputer, then, its most recent addition, arrives to much anticipation. This plug-in offers comprehensive sound-building tools and multi-function sequencing and performance mapping. In fact, it seems that there’s almost enough here to build entire beat-based tracks with.

Click one of its colour-coded numbers and DrumComputer will take you to the engine for that drum sound, and there are eight voices available within a single DrumComputer kit. The plug-in features three generators per voice: the TR-808-esque Resonator, which concerns itself with initial transients; a Wavetable, which controls the body of a sound; and a ReSynth engine, which offers a third single-cycle wave.

Each module features its own tailored parameters, though all three have pitch, decay and level dials, as well as a toggle switch to route each part of the synth engine to the multimode filter. Each sound module also features a speaker icon as a toggle on/off switch, so if you want a more minimal sound without the weight of all three engines, you can bypass anything you don’t need.

Over to the left of the interface, global controls can be applied on a per-instrument basis. Click the instrument icon underneath RND (Random) and a new voice featuring the currently selected instrument type will be generated. You can also switch pitch and roll functions (for multiple, rapid triggering of the selected voice) and introduce flam via this section too. This last option adds additional hits to the current voice to smear and smudge sounds, and you can control flam speed using the rotary. Think of the Resonator as the main weight of your sound, with increasing amounts of heft added via self-oscillation as you push the resonance dial upwards. Partials add more harmonics, while tone controls overall colouration.

The decay dial proves important in determining whether you want trap-style lengthy pitched kicks or shorter, punchier ones with gut-kicking impact, and an envelope below can introduce pitch modulation. The Wavetable options are comprehensive, chosen from categories that include analogue, digital and square-based. The wave dial lets you scroll through the intermediate positions of your selected wavetable, while frequency modulation, ring modulation and envelope control can get a sound moving to provide variation through the duration of a hit.

The ReSynth module lets you load a simpler waveform (or a sample of your choosing), whose pitch and decay can be adjusted. The central Color dial scrolls between low- and high-pass filters. Below these modules, two modulation generators can be employed to add further movement. Want to add an LFO to filter cutoff, for instance?

This is done here, by choosing a speed (in Hz or clocked to tempo) and shape, before picking cutoff as your destination. Four additional dials of modulation can be added via rotaries to the right of the modulation generators, just pick a source above and a target below. It’s simple enough, though at-a-glance visual feedback for these assigned parameters would be welcome too.

There are 40 destinations for modulation routing, so there are options in abundance within the main sound engines. You’ll also find parameters for DrumComputer’s effects sections, which include a multimode filter, distortion, compression and EQ options. The compressor is of a one-dial turn-it-up-for-more design but it usefully features an internal sidechain, which lets you pick a pad number to act as a ducking source for the other sounds. 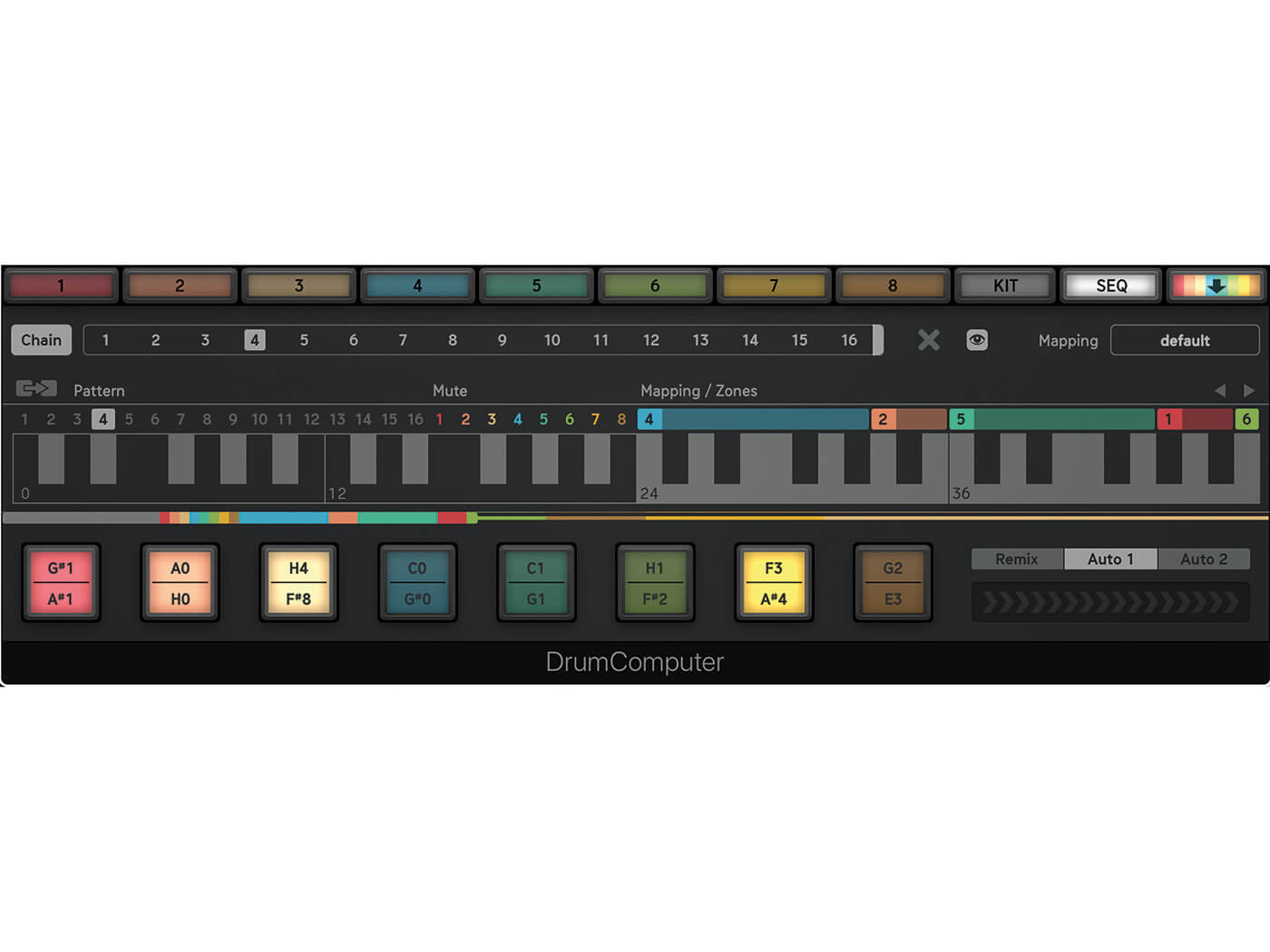 Once you’ve gone pad to pad to shape sounds, either picked from one of the many presets, designed from scratch or created by chance using the randomising dice icon at the top, you can sequence the fruits of your labour via the Seq button. By default, this will load Pattern 1, giving you grid lanes for each of the eight colour-coded instruments.

Each lane features independent control of direction, so that instrument sequences can play forwards or forwards/backwards, as well as the option to shift programmed notes forward or back a step. You can randomise a pattern for a specific instrument or erase all notes at once. To the right, a global panel introduces swing and humanisation options across an entire sequence, with an Eye button that lets you toggle between the ‘real’ position of swung or randomised notes and seeing them locked to grid positions.

Below each note, there’s an option that lets you program parameters that relate to it, such as velocity, probability, rolls, offset, decay, pitch and modulation. These additional lanes let you spice up your rhythms considerably and develop them well beyond traditional drum programming.

If you’ve loaded a synth sound into one of the slots, programming pitch offsets lets you create melodies and basslines and, of course, if you have two pitched sounds running side by side, chords. If you want to create a swing pattern for just one sound – rather than using the global swing option – offset will let you do that. The roll function is seductive too, making available everything from subtle note repeats to buzzy and glitchy sounds. 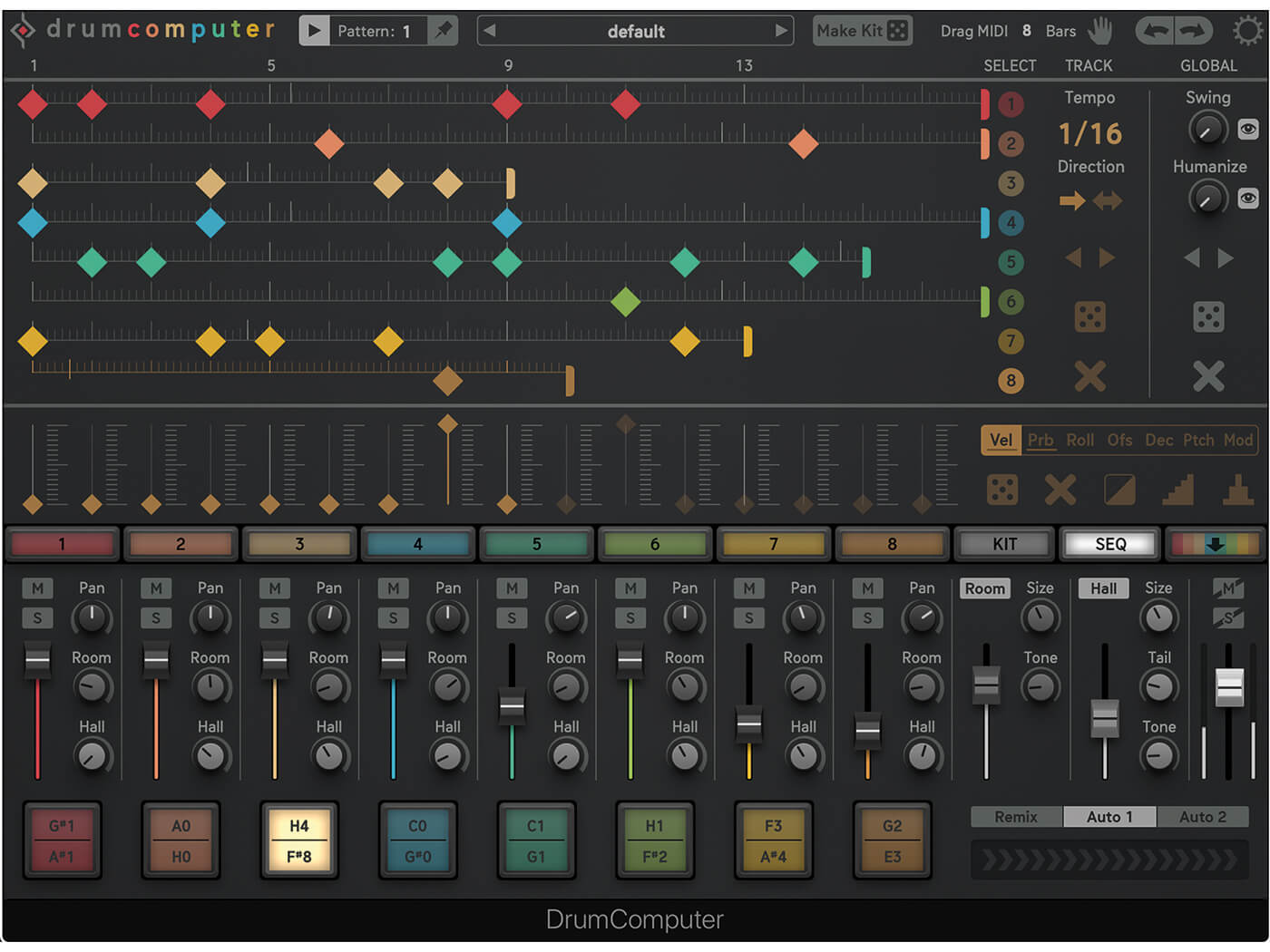 Up to 16 patterns can exist side by side. You can program these to run in the order of your choice using the chain command below the sequence lanes after you press the rainbow-themed mapping button. Simply decide which pattern should play next in any of the 16 slots, then make the chain as long as you like. Rather than creating every sequence from scratch, you can copy one pattern to the next and then edit it for fills, variations or developments. The Auto options in the bottom right-hand corner can help with this too.

Within mapping, you use your controller keyboard to mute individual notes during playback (to drop hi-hats out for a bar before a downbeat, for example), as well as to trigger varied versions of individual sounds across a range higher up the keyboard. Want to create pitched and rolled versions of your snare drum on the fly? Map this sound across an octave and trigger those variations from the keys you’ve assigned it to.

DrumComputer is a comprehensive beat-builder and a thoroughly designed sequencer. That both functions are able to coexist so effortlessly is a testament to the skills of the Sugar Bytes team. Given that you’re able to import your own samples and the extensive ways all sounds can be manipulated, this may also prove a superb plug-in for those with more experimental ideas about grid-based beat creation. Cheaper than many of its competitors but no less delicious, DrumComputer is a sweet-talking, sugar-coated plug-in that deserves its place in your arsenal. 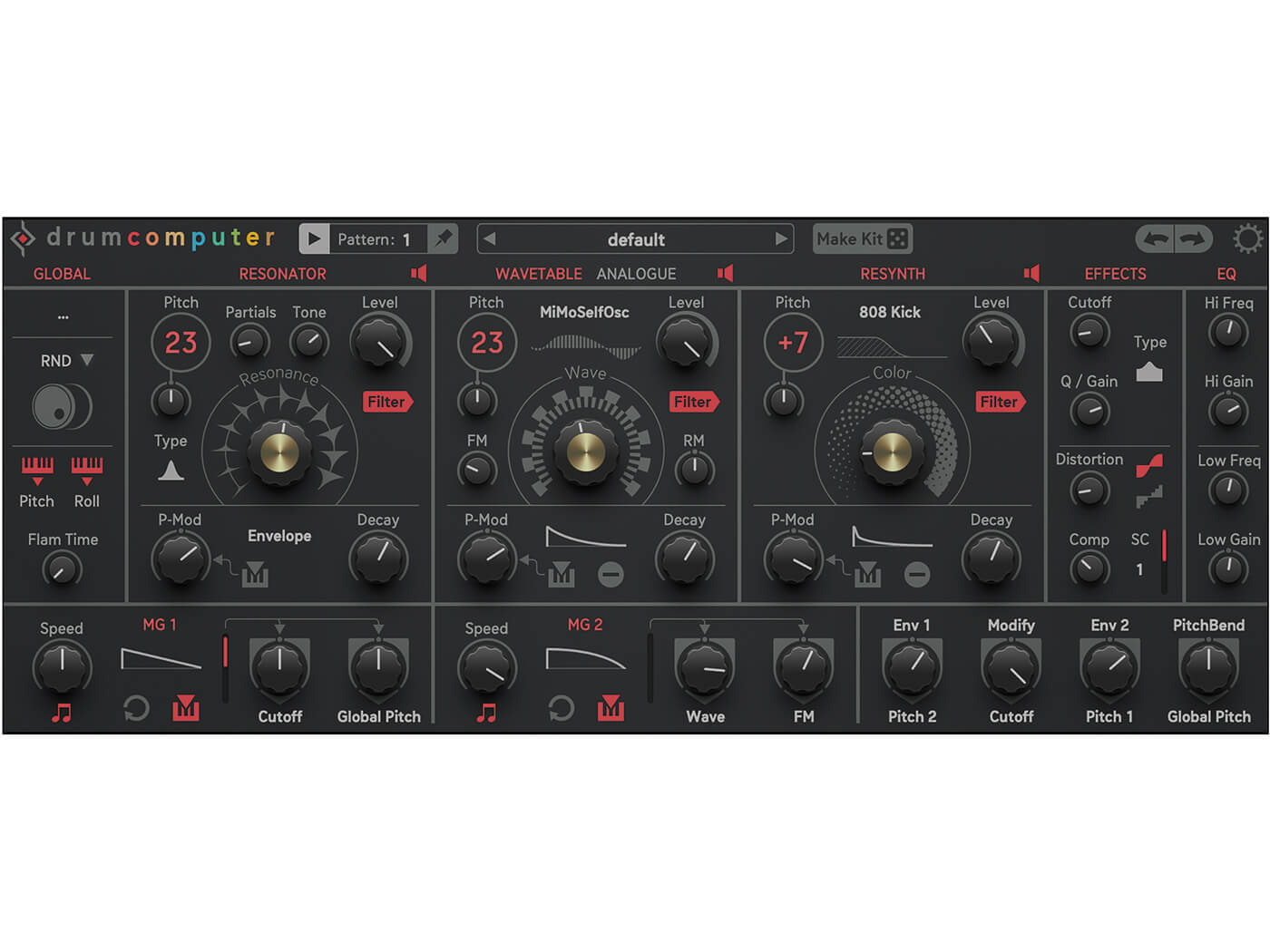 The plug-in market is awash with virtual drum machines. That’s to say nothing of the fact that most self-respecting DAWs provide native drum-pattern creation, editing and sequencing options too. But do your current tools inspire and push you towards better and more innovative beats? If you even had to stop and think about that, then DrumComputer is absolutely worth your time.

It offers heaps of features dressed up in an interface that can be mastered quickly and efficiently. From its three-stage sound engine to its real-time triggering capabilities that let you amp up the patterns you’ve programmed via its excellent sequencer, a spoonful of sugar will ensure your beats go down a treat. 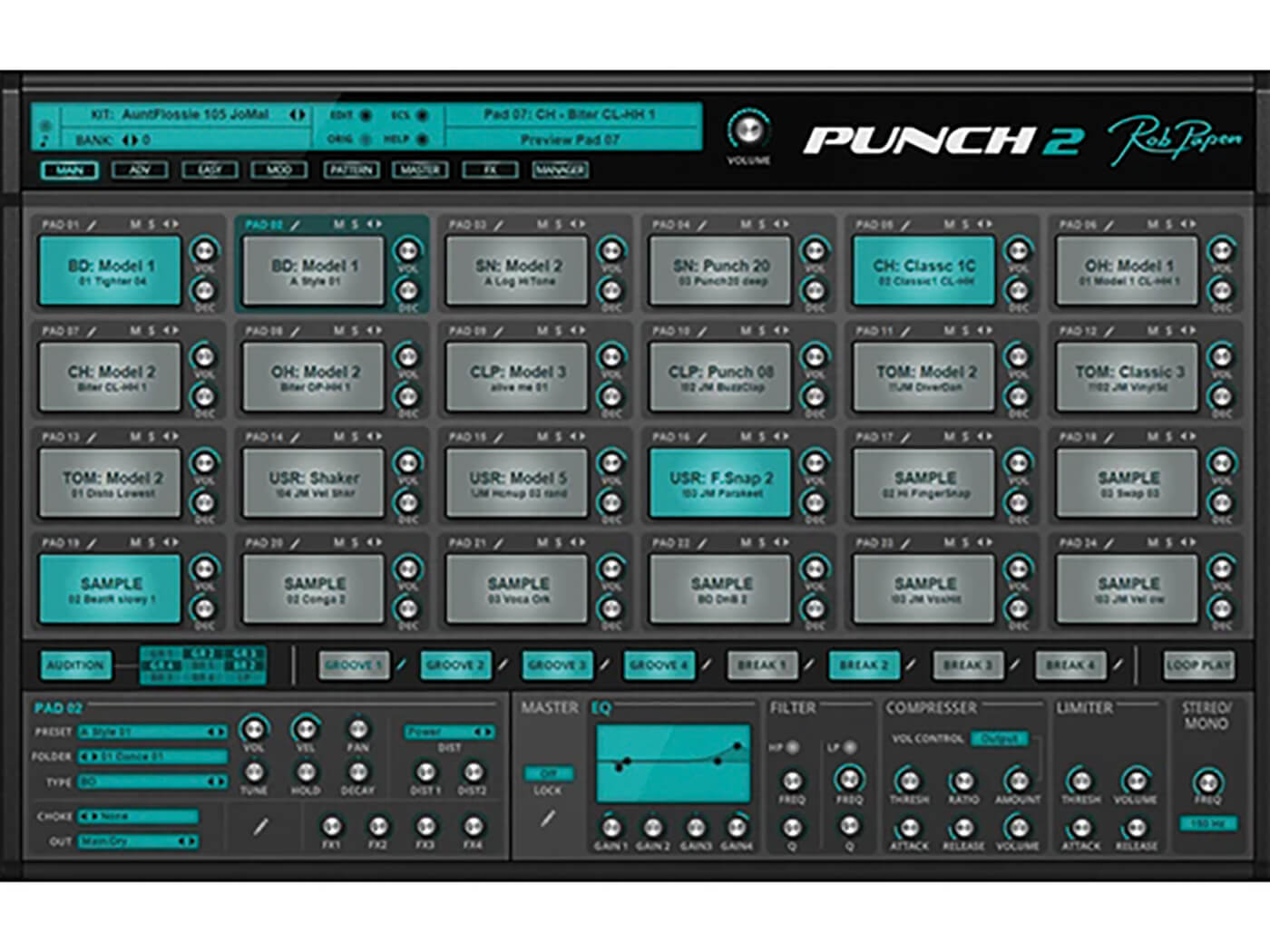 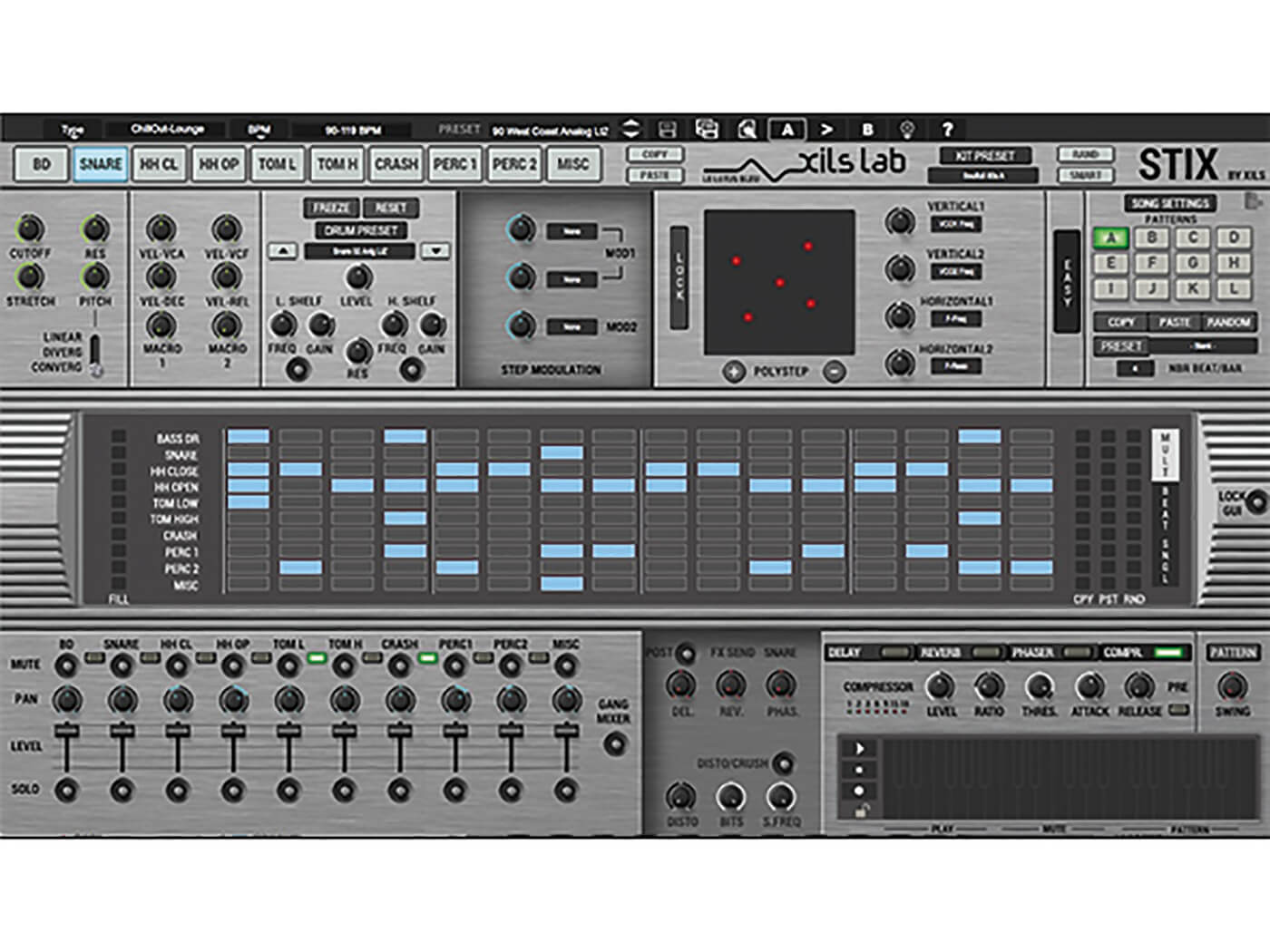