Strymon BigSky Plugin review: A beloved reverb pedal stomps into the DAW as a formidable plugin

The all-in-one reverb pedal of choice for countless musicians has become a plugin to make it accessible to producers and studio musicians without the need for external hardware. 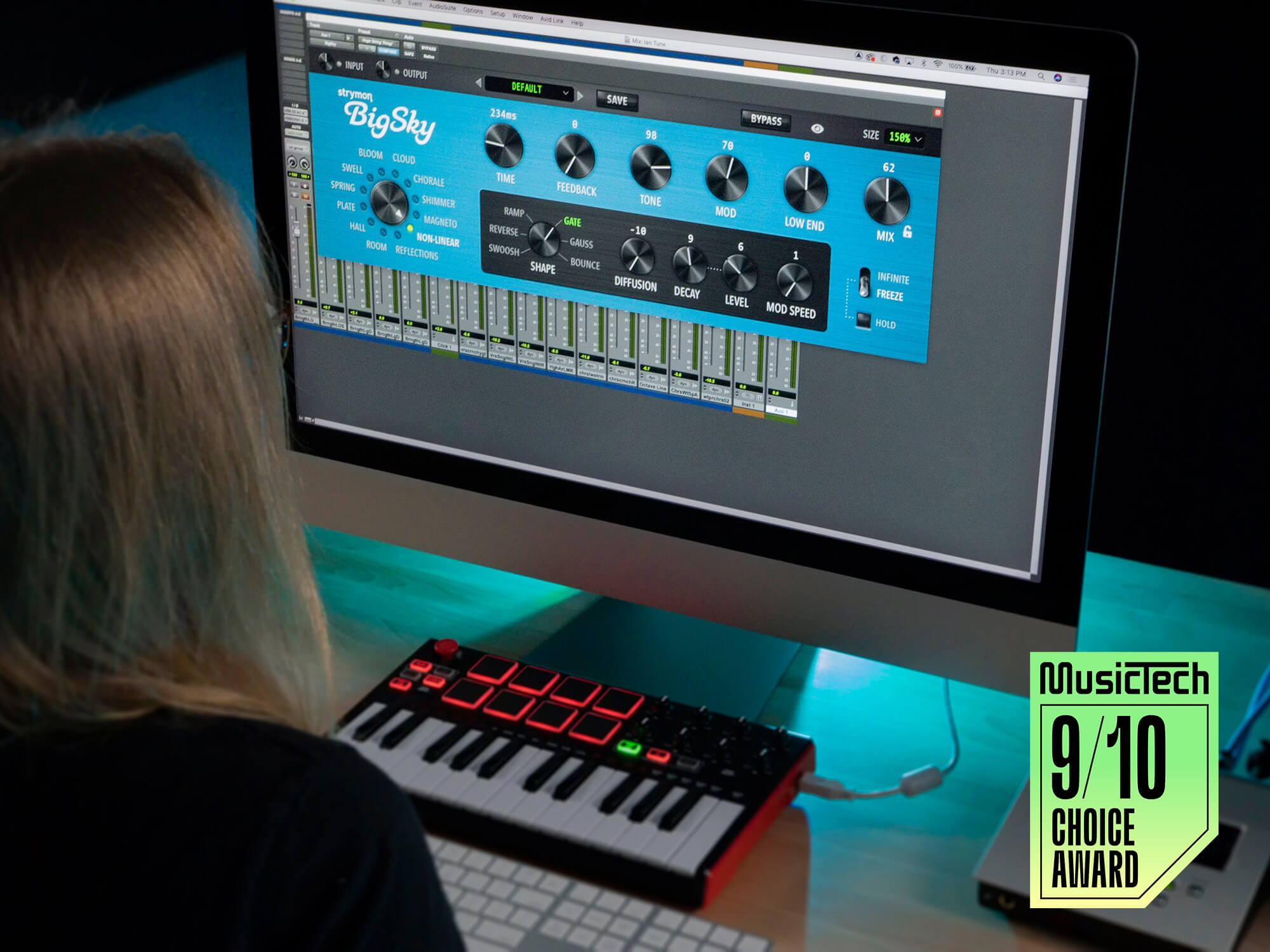 Strymon is renowned as a maker of some of the best digital effects pedals on the market. It uses high-powered processors to run effect algorithms and is famous for the painstaking research into the sounds, design and operation of its pedals. Pedals are normally the preserve of guitarists, bassists and the occasional brave keyboard player. However, Strymon notes that an increasingly large number of producers and studio musicians were using some of its products as outboard effects to process a wide range of sounds.

As a reaction to this positive response, Strymon’s developed a plugin version of one of its most popular products – the BigSky reverb pedal. The BigSky has been around for almost 10 years but is still popular with huge numbers of musicians which, given the speed of development in technology, is very impressive. Strymon says that the plugin version has been in development for a few years so there seems to be plenty of interest in the continued use of these particular algorithms. 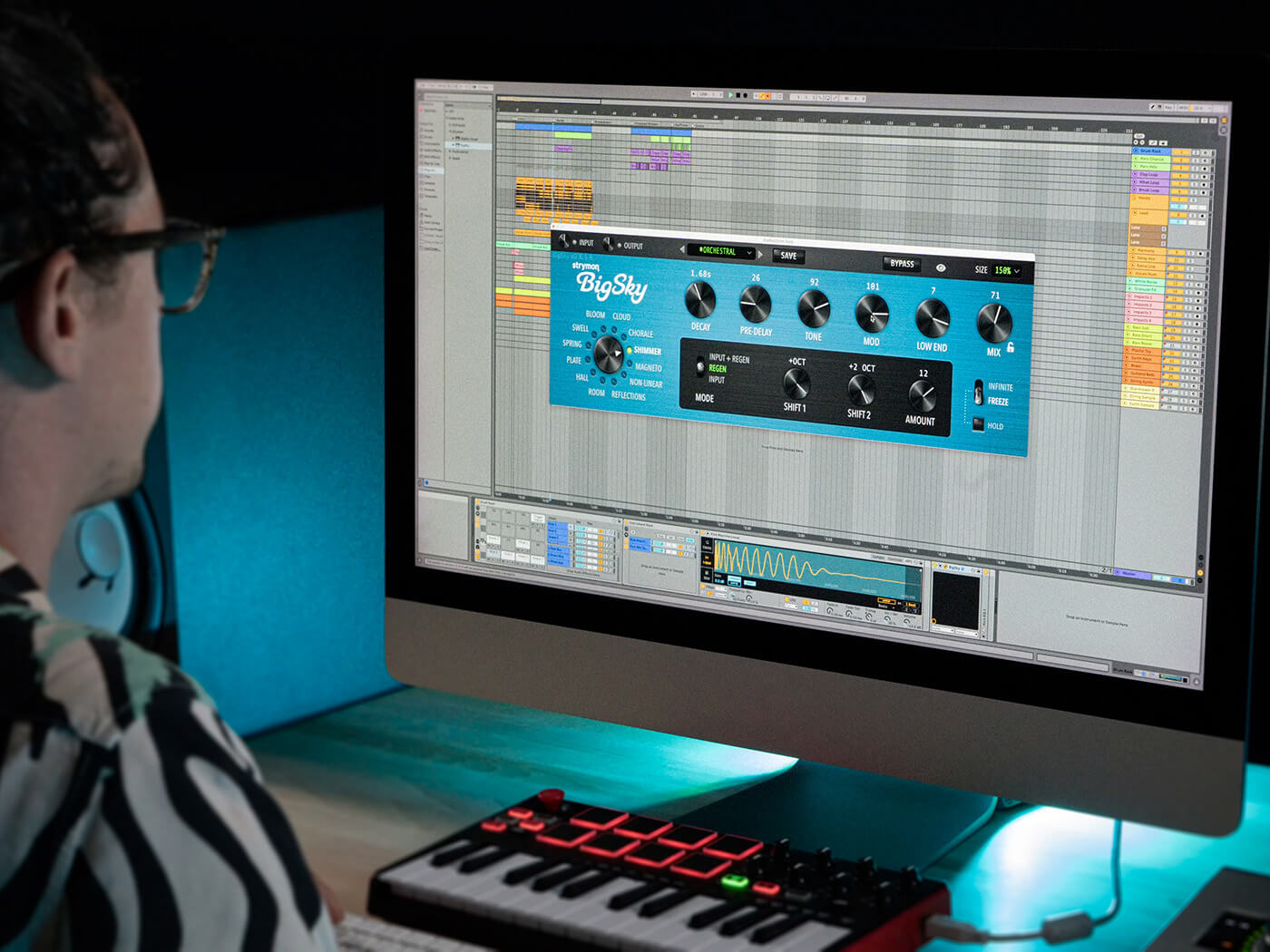 For this review, we have access to both the plugin version of the BigSky and an original hardware version. These are both placed as inserts on the same audio signal but due to certain connectivity constraints, the hardware version has to be run in mono, as you will hear in the audio examples.

The first sound we explore is a piano with a bread-and-butter room reverb. It’s tempting to explore the bigger, more ambient sounds, but a reverb plugin really needs to cover the basics effectively.

With the effect dialled in the same on the plugin and the pedal, the sounds are incredibly close – the pedal is a little wetter despite our best efforts to match the sounds but the room itself sounds pleasingly realistic. The decay control can take the room up to a staggering 20 seconds and the pre-delay to nearly 1.5 seconds. These are very long but still maintain the small room ‘feel,’ despite the incredible length. The room feels most natural around 1.5 to 3 secs long with a relatively short pre-delay, but the ability to make some very long room sounds might suit sound designers or other artists trying to recreate unusual ambiences. 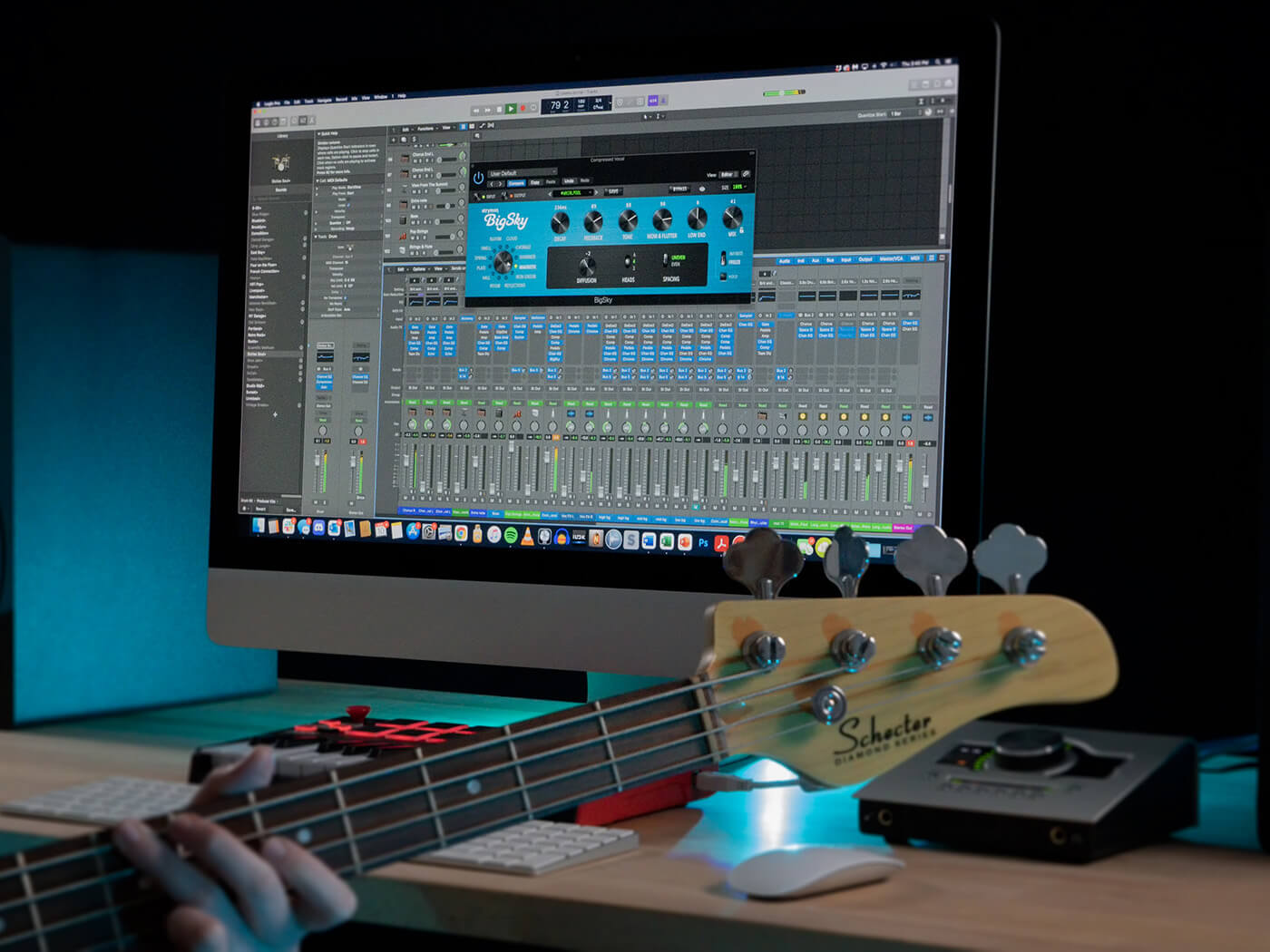 The plate reverb is similarly effective and has the typical washy sound that one expects from this algorithm. The plugin, again, feels slightly less intense and more settled in the mix than the pedal version but we’re sure with further tweaking the pedal could be brought more under control. The plate algorithm in both forms needs careful setting of the decay. Because of the manner in which plate reverbs make their sound, this algorithm can get quite muddy if the decay is too long or too wet.

When the BigSky is put on some vocals, we want to explore the more natural reverb – the hall. In this test, the pedal and plugin sound almost indistinguishable. However, the hall sound itself has the characteristic thickness that a big room with lots of reflective surfaces gives to the reverb tail. Although the available lengths of the room and the hall algorithms are identical, the hall sounds bigger due to the additional reflections.

Some of the vast, ambient sounds are where the BigSky truly comes into its own. By exploring the Bloom, Cloud and Shimmer algorithms, we can make some massive textures that really fill out the spaces between piano chords and vocal lines. Although the difference in sound between the plugin and pedal is virtually negligible, the plugin has one distinct advantage: all of the more detailed controls are provided on the main screen of the plugin. For instance, within the Shimmer algorithm, adjusting the intervals of the pitch shifting on the pedal requires going into a submenu to select the control and then setting the value within it all via one rotary controller. On the plugin, the algorithm-specific controls are immediately present alongside the general plugin controls without any deep-diving. 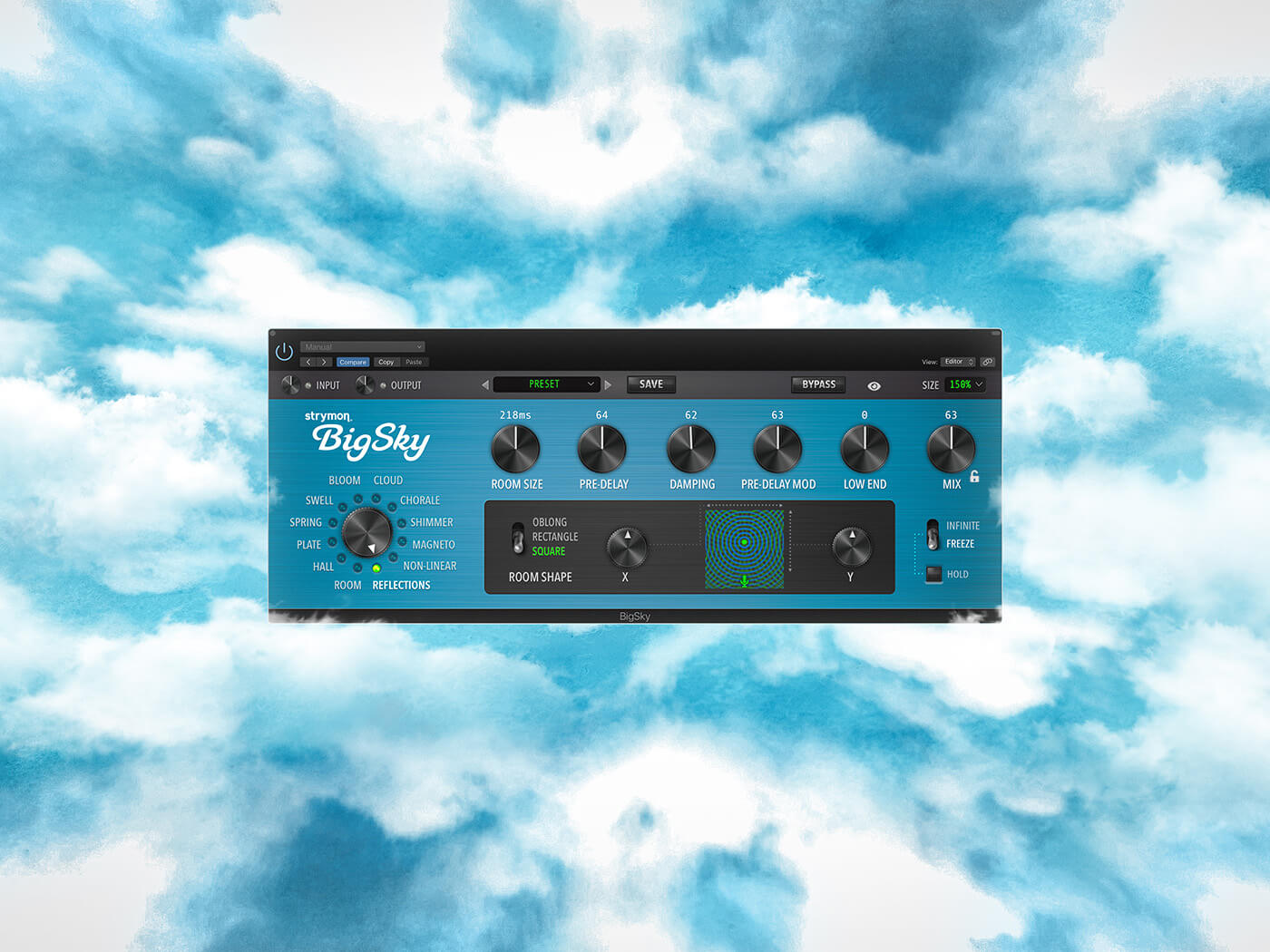 An interesting addition to the plugin is the inclusion of an infinite sustain and freeze function. In Infinite mode, the reverb tail gets a decay that is, well, infinite, and any new sounds that are added build on top of the reverb sound. Within Freeze mode, the plugin takes a snapshot of the reverb tail and other sounds are played over the top without being affected. These are common tools that instrumentalists sometimes use live to create background textures that they can improvise or play over.

This intriguing feature really requires the controls to be automated in the same manner as a sustain pedal to prevent too many clashing notes. This can easily be done via the automation controls within your DAW, but we attempted to assign the function to a hardware control to ‘play’ the hold button like a piano sustain pedal, but can’t see a regular need for this function in most production contexts.

The ability to use the BigSky as a plugin rather than as a hardware insert is a huge step forward for Strymon. The fact that we can now load multiple iterations of the plugin simultaneously means that we aren’t limited to printing reverb onto one part at a time and can spend more time creating. 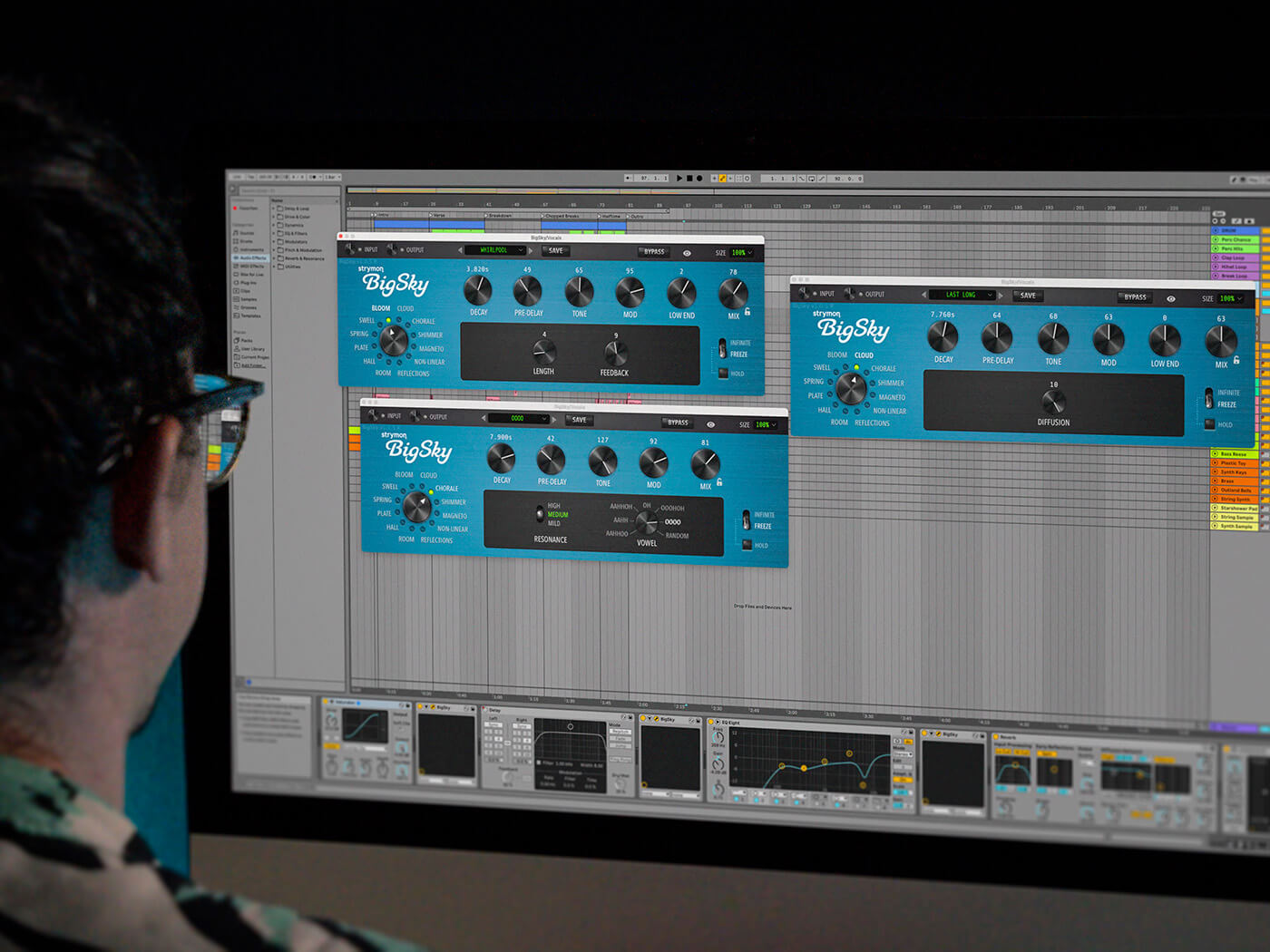 One minor complaint is that when automating BigSky, every single control from every algorithm appears rather than just the controls for the algorithm that you are using. Although not detrimental to use, in a future update it would be nice to see only the dozen or so controls that are in use in the automation lanes rather than all 150+ possible controls.

That said, with the amount of sounds available and the simplicity of the controls, this reverb is an exceptional plugin and will be a supremely valuable addition to any plugin collection.