The high-flying Roland looks to launch users skyward with its new cloud-based plug-in – and promises that we can take our beloved hardware with us. 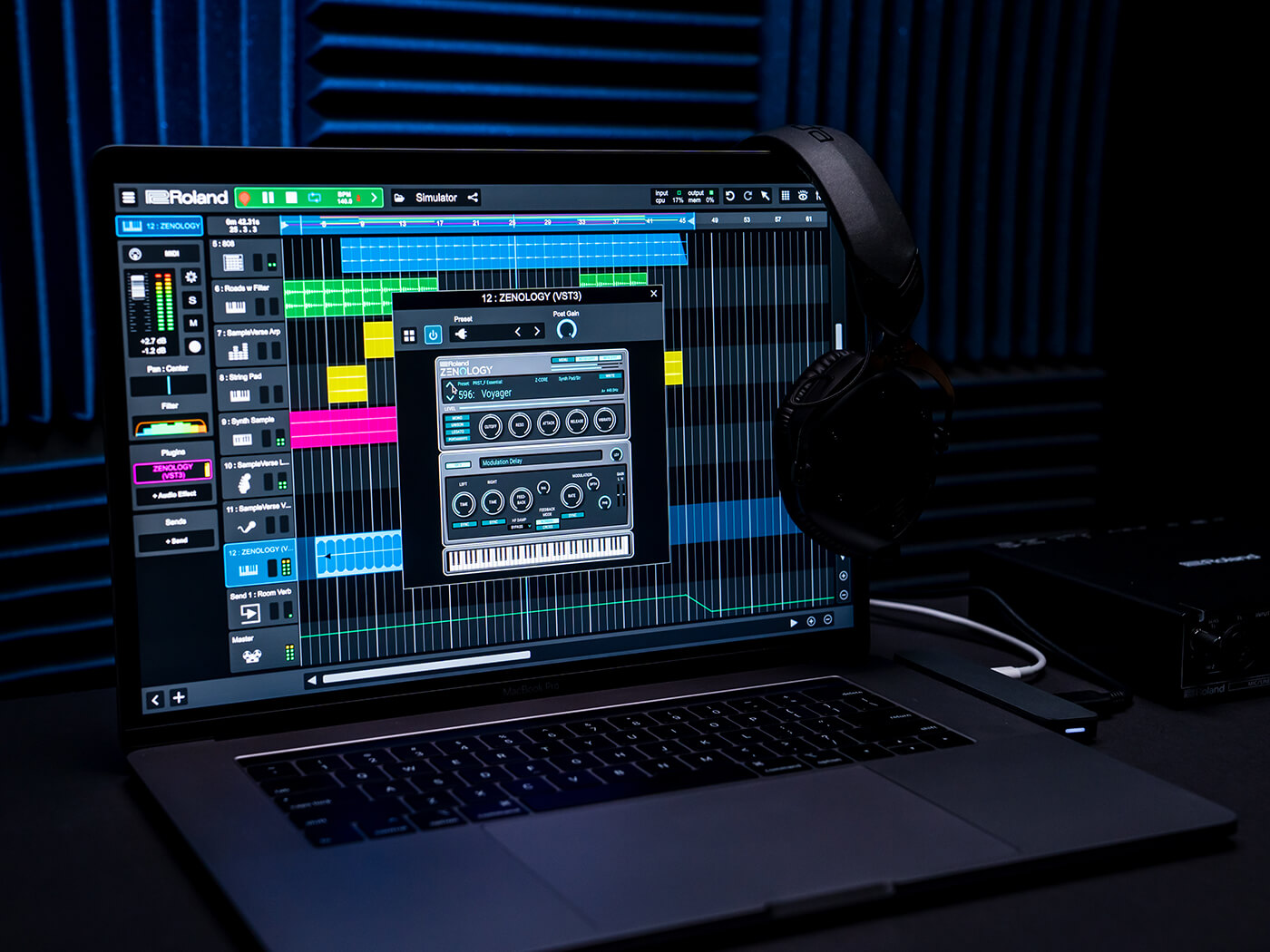 Dubbed a ‘sound engine’ and launching amid a hefty update to Roland’s Cloud subscription service, Zenology is a brand-new plug-in with a near limitless scope for recreating almost any instrument imaginable.

Since 1972, Roland has had its fingers in many disparate areas of music technology, from guitar amps and effects to all-in-one recording workstations. But the company’s specialism has always been electronic instruments, a trend the Japanese brand itself kicked off with its very first product, the TR-77 drum machine.

Over the 50 years or so since, Roland has been responsible for some of the most iconic and era-defining synthesizers and drum machines of all time. There’s the legendary Jupiter and Juno series, the thunderous TB-303, the innovative D-50, and the workhorse JV-1080 and its descendants, as well as, of course, the vanishingly rare TR-808 and TR-909 rhythm boxes. To say that Roland knows a thing or two about synth design would be an understatement.

Once upon a time, synth design was all circuit boards and oscilloscopes. These days, however, manufacturers each rely upon their own bespoke sound-generation engines, which are able to do much of the heavy lifting for them. Producing products from these software-created synth designs is a case of wrapping up the necessary components of the engine into a software application. When then distributing this as software, the package will run on the host computer. When selling it as hardware, it’s is essentially a computer and controller dedicated to running the software. 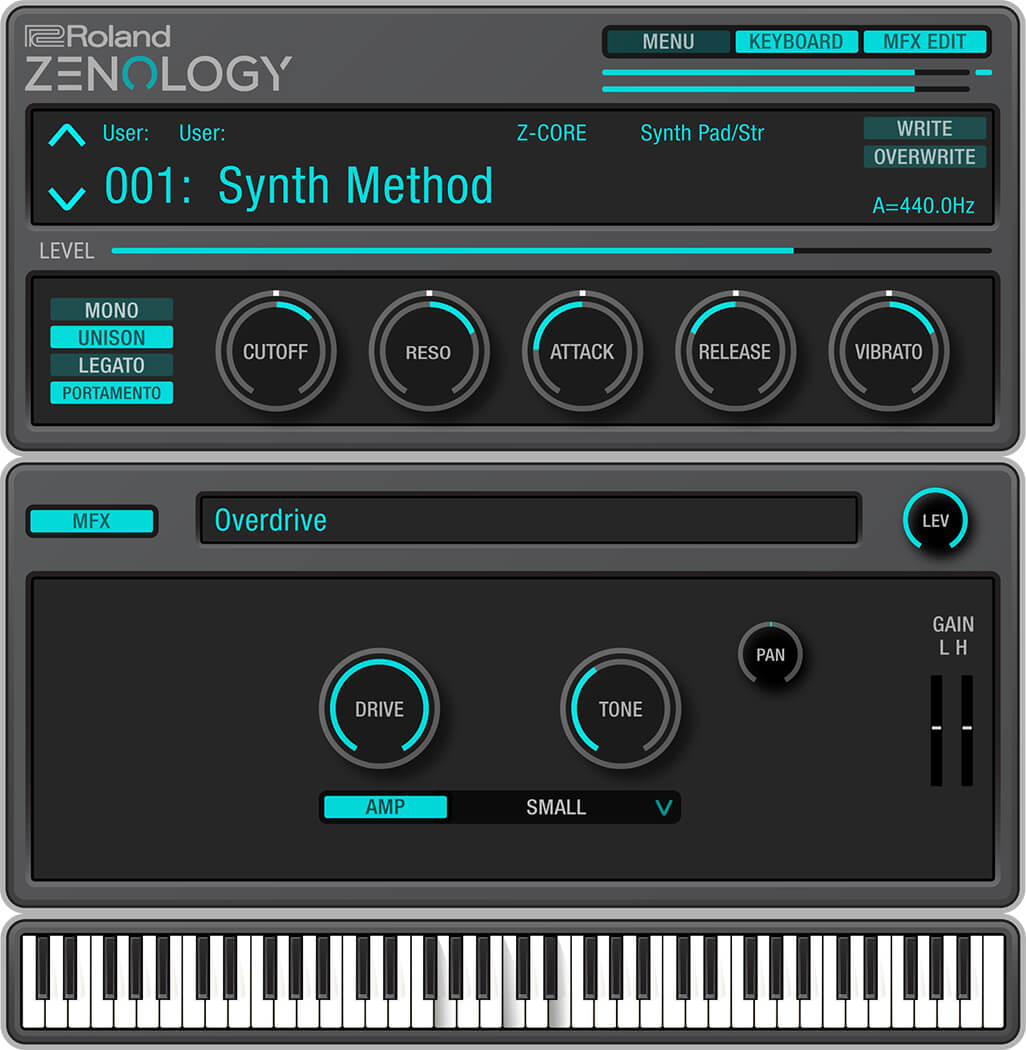 Zen and the art of synth design

Recently, Roland’s sound-generation engine of choice has been the ZEN-Core system, the culmination of the company’s half-century of synth expertise. ZEN-Core combines both sample-based and modelling synthesis, and is the engine that drives Roland’s reimagined classics such as the Jupiter-X, its RD-88 stage piano, and its flagship Fantom workstation range. Roland has now wrapped the ZEN-Core into the new all-in-one instrument Zenology, and packed it with 3,597 patches, 80 drum kits and a heap of effects, many modelled on classic Roland circuits.

As part of the Roland Cloud platform, there are a few different Zenology options. If signed up to Cloud’s free tier, you’ll get Zenology Lite, which has a reduced library of sounds, drum kits, etc. Cloud Core subscribers ($2.99/month) get the full Zenology package, while Pro ($9.99/month) and Ultimate ($19.99/month) subscribers also get Model Expansions for Zenology and Zenology Pro, though these won’t be available until summer and autumn respectively.

For such a versatile instrument, Zenology presents a surprisingly small user interface. The upper portion displays the name of the currently loaded sound, and clicking here opens the instrument’s patch browser. The patches, or Tones as Roland refers to them, are grouped into banks, and there’s an additional user bank for storing your own sounds and modifications.

At the right of the patch list is a category filter that helps you locate suitable sounds, and also lets you filter generically for, say, all keyboard sounds, or alternatively, more specifically, for harpsichord. Highlighting a patch in the list loads it for auditioning, either via an attached controller or via a keyboard graphic at the bottom of the browser window. You can also search the list, assign three-tier scores to sounds – represented by stars that appear next to the patch name – and sort the list based on them.

Zen and the art of preset tweaking

Once a patch is loaded, Zenology offers only a limited set of options for making modifications and edits to the sound. A set of controls in the lower half of the plug-in’s panel allow you to modify the filter cutoff and resonance, the envelope attack and release, and the amount of vibrato. These operate as trim controls, modifying the preset parameter value rather than providing direct access to the parameter itself, so that when a dial is in its central 12 o’clock position no modification is being applied.

There is also a handful of voicing options: you can switch a patch between monophonic and polyphonic modes; enable a unison effect to thicken the sound; and enable legato and portamento triggering modes. The only other thing that can be modified for a patch is its choice of effect processor, along with the settings for that processor.

With a drum kit loaded into Zenology, the lower area of the plug-in window changes to a set of 16 trigger pads, each with a different drum sound assigned to it. You can change the drum sample assigned to any pad to create your own drum kits, and the level, pan, attack, decay and release of each pad can be modified by clicking and dragging on a pad while the edit mode is active.

You can save your modified sounds and drum kits back to the instrument’s user storage bank. You can also transfer them into compatible ZEN-Core hardware synths such as the Fantom. This makes it easy to take your own sounds on the road with you and means you don’t have to lug your fragile laptop to gigs. 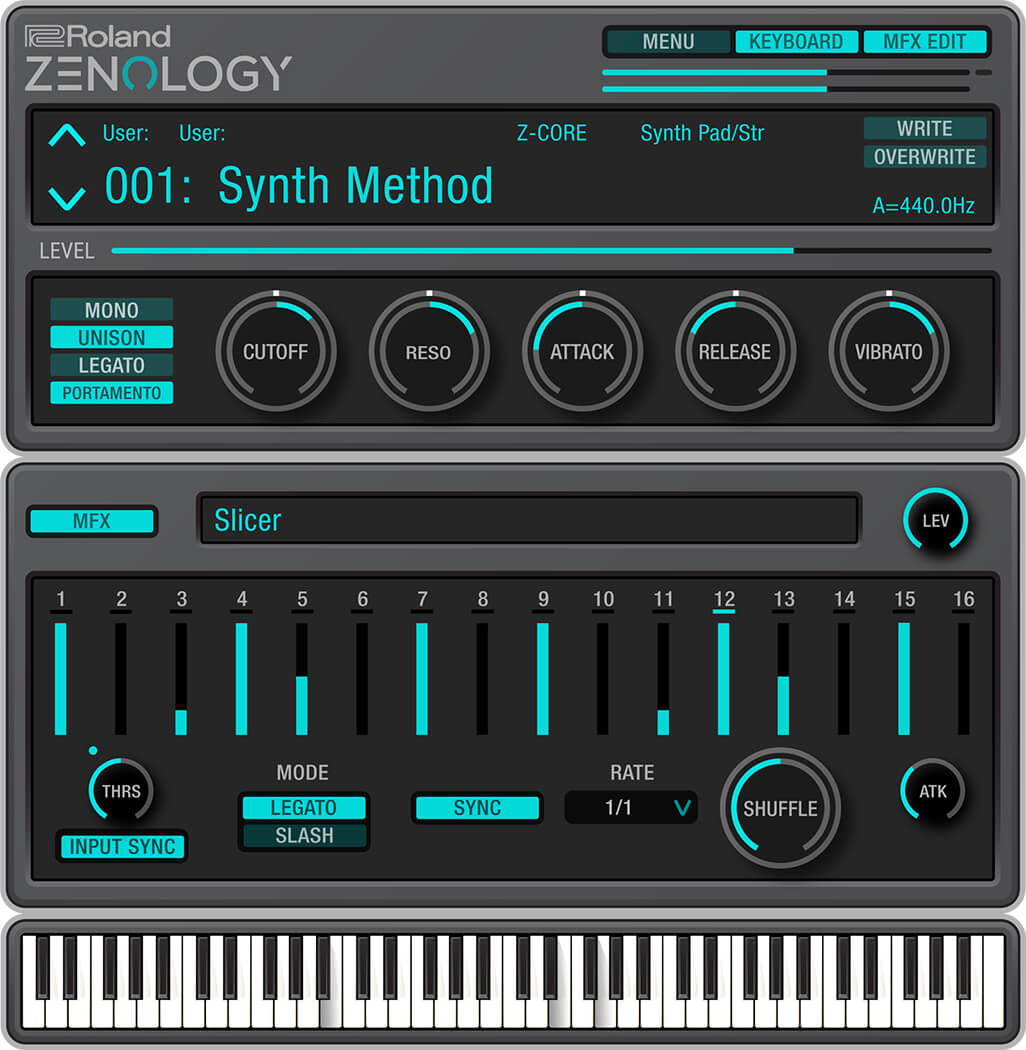 Zen and the art of sound

The lack of deep sound editing may be off-putting but what editing abilities Zenology does offer are sufficient if you’re looking to hone sounds to suit a project, and to put your own stamp on them. Its limitations are also balanced out by Zenology and Cloud’s vast library of sounds. As you may expect from Roland, there’s something here for everyone, from convincing pianos, acoustic instrument emulations and delicate pads and soundscapes to thundering analogue synths. They’re exquisite too. They’re easily solid enough to have Zenology be your go-to instrument in plenty of situations.

The Model Expansions add-on and Zenology Pro, due for release later this year, promise to bring more sounds and deeper editing to the table. But if you don’t require that additional level of control and are just looking for an exceptional set of pristine high-quality sounds to work with, you’ll struggle to find better than Zenology. Given the affordability of Roland’s Cloud Core subscription, it’s fantastic value too. 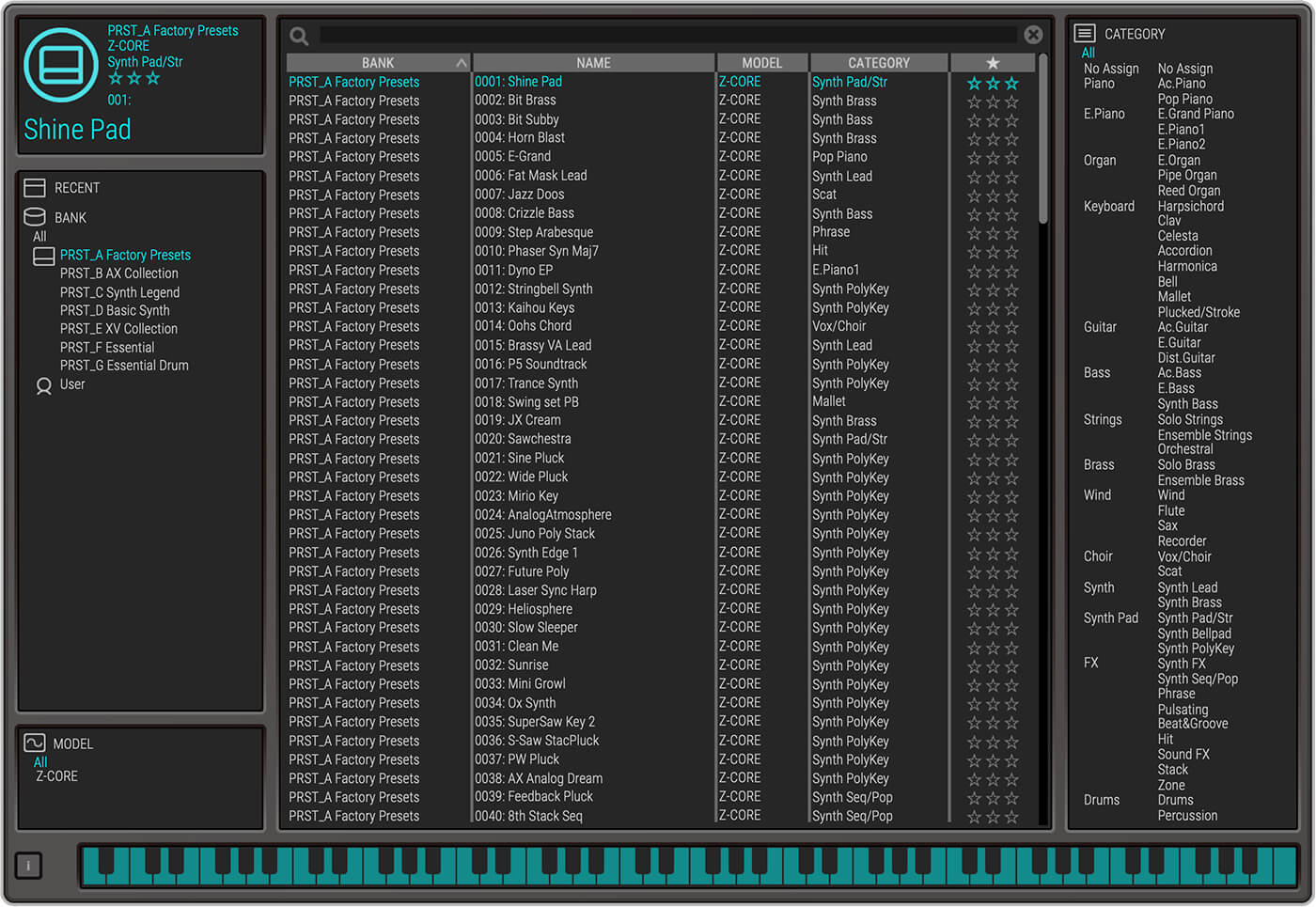 Most producers need a collection of stock sounds, and the convenience of such can’t be understated. Samplers such as Kontakt and HALion serve well for such work but can be inefficient and cumbersome when compared to straightforward preset players such as Zenology.

Of course, Roland’s new offering isn’t the only option in its field but it’s one that’s backed by almost 50 years of synth-design and sound-design know-how – and this experience shows in the quality of the instrument’s sounds. The cloud-based subscription model through which Zenology is licensed may not be to everybody’s taste but you can get the Lite version simply for joining the service, without paying a subscription fee. You might be mad not to. 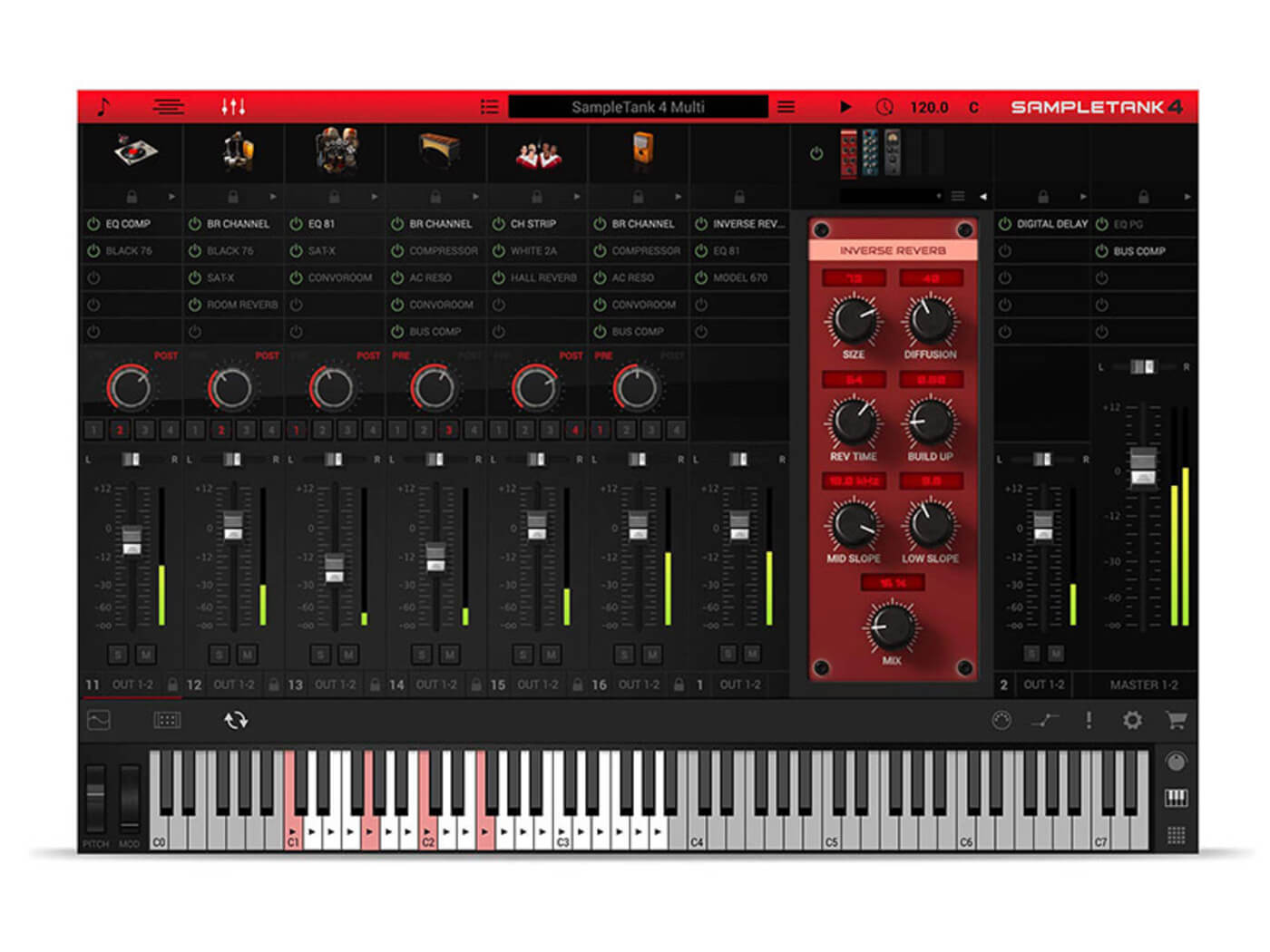 SampleTank has been a studio staple for years and provides a high-quality and easy-to-use library. The latest version allows more in-depth sound editing, and includes pattern-playing features such as an arpeggiator and a strummer for emulating guitar. 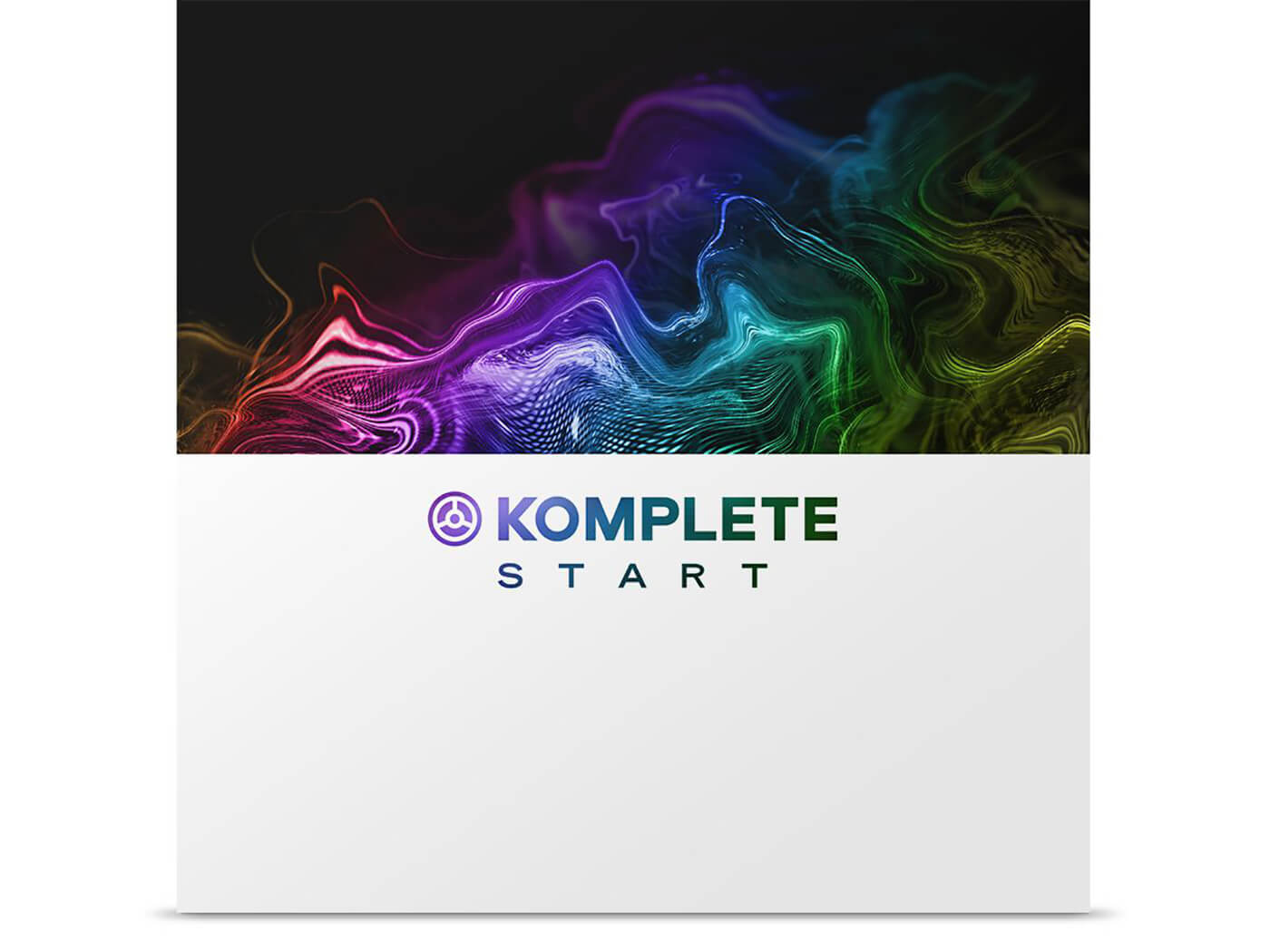 Native Instruments’ Komplete collection comes in various sizes, the biggest of which incorporates pretty much all of NI’s instruments, effects and expansions. At the other end of the scale is Komplete Start, made up of more than 2,000 sounds for its 16 synths and sampled instruments, along with effects, loops and samples.