With its 500 series modular approach and over 70 emulated processor modules, is this the ultimate mixing plug-in? 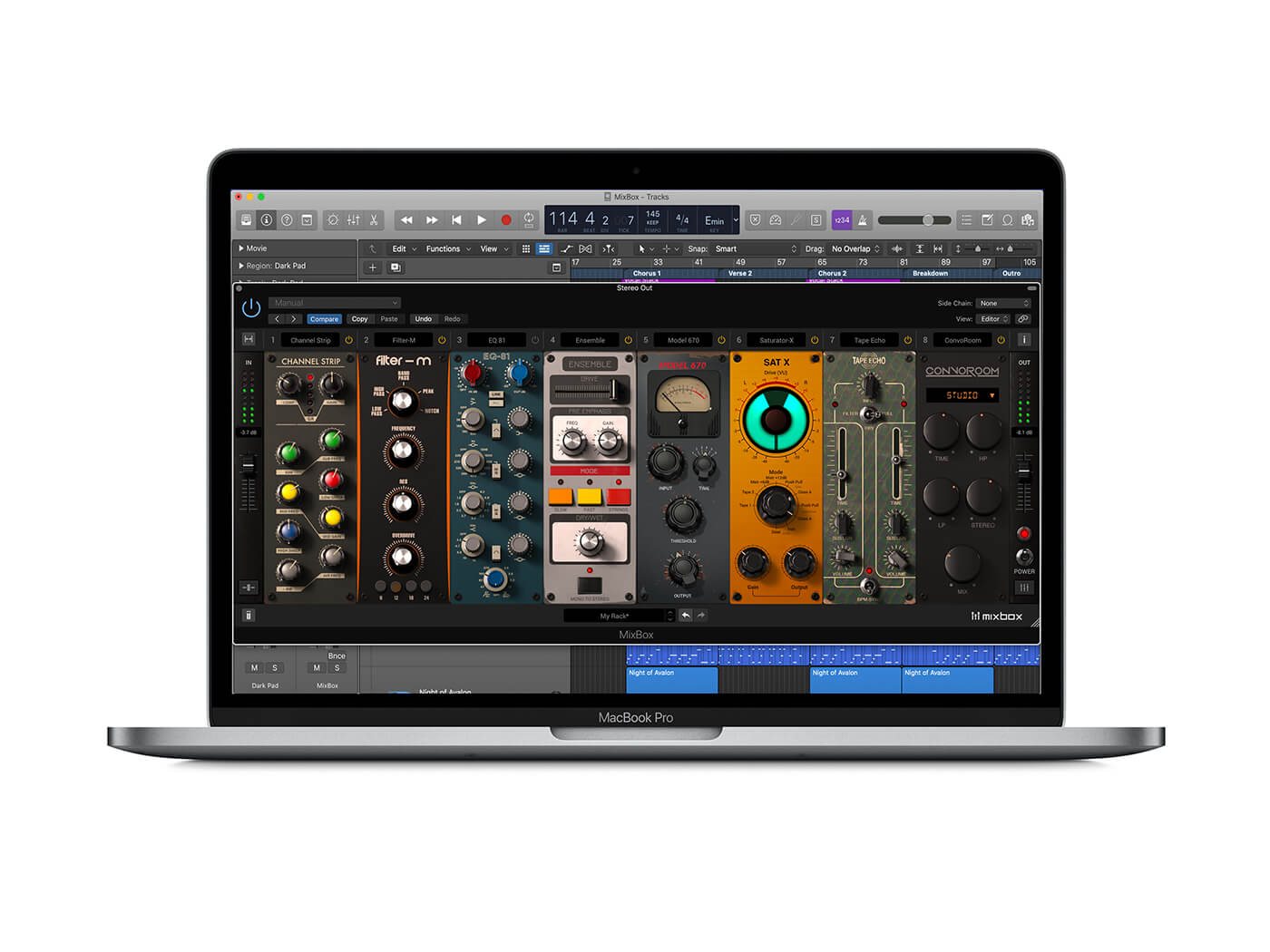 IK Multimedia is known to many for its affordable mobile audio interfaces and controllers. However, they started out designing software that emulated hardware with their T-RackS and Amplitube products. MixBox follows the software tradition and groups several existing products into a virtual 500 series rack. Among the modules are guitar amp models, preamps, compressors and a stack of effects. And MixBox covers enough bases to appeal to a large number of users.

Setup and installation are painless. Via the IK Product Manager software, you can download, install and authorise licensed products. MixBox installs as a standalone application and is supported as a plug-in available in AU, VST 2, VST 3, AAX.
Although there are many effects and processors in MixBox, we’ll focus on those designed for mixing and guitar duties in this review. 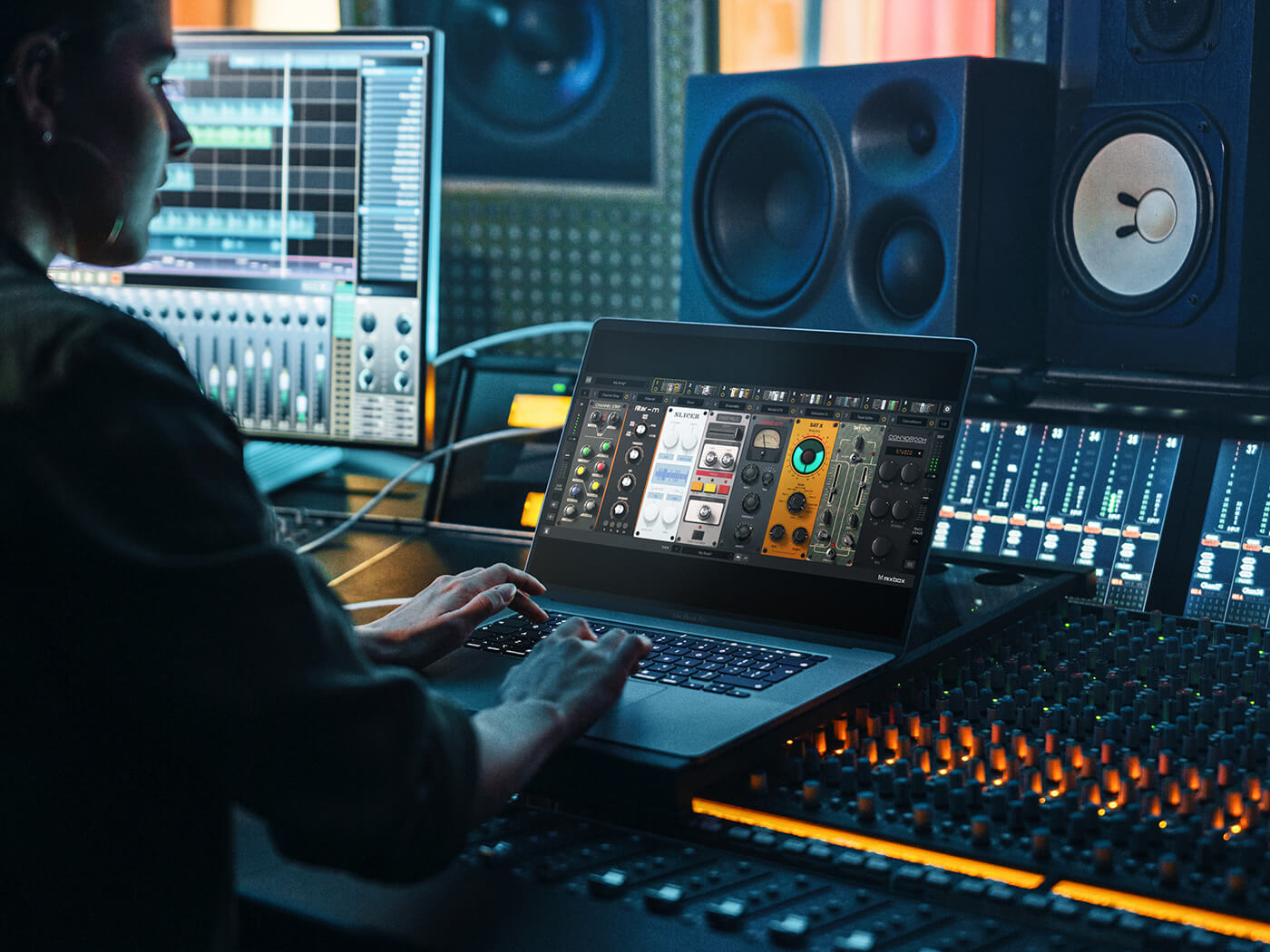 When instantiated, MixBox looks like an empty 500 series rack waiting to be loaded with modules. The module names IK has chosen are all slightly cryptic references to the original products they emulate, though the styling makes identification pretty easy.

We start by trying to process some vocals using MixBox and reach for EQ-81, an emulation of the Neve 1081 preamp. We’re pleasantly surprised. We’re often concerned that multi-effects plug-ins will prioritise quantity over quality, and IK certainly hasn’t done that with this emulation. We have several other Neve emulations and access to the real deal, and IK’s emulation compares favourably. The EQ curve matches the other emulations, and the warmth that we expect to hear from this preamp is there in spades. The only note is that this emulation’s output was a little louder than some of my other emulations, though this is easy to fix.

Next up is IK’s 1176 emulation, the Black 76. The Urei 1176 limiting amplifier is one of the most emulated dynamics processors and one we use on pretty much every track. The simple four-knob interface is transplanted and includes the button layout for different compression ratios, including the ‘all buttons in’ mode. However, it doesn’t have the metering options from the original for quickly setting make-up gain. As with the Neve preamp emulation, there’s quite a noticeable volume increase from the automatic make-up gain and requires a significant reduction in output volume to return the signal to unity gain. 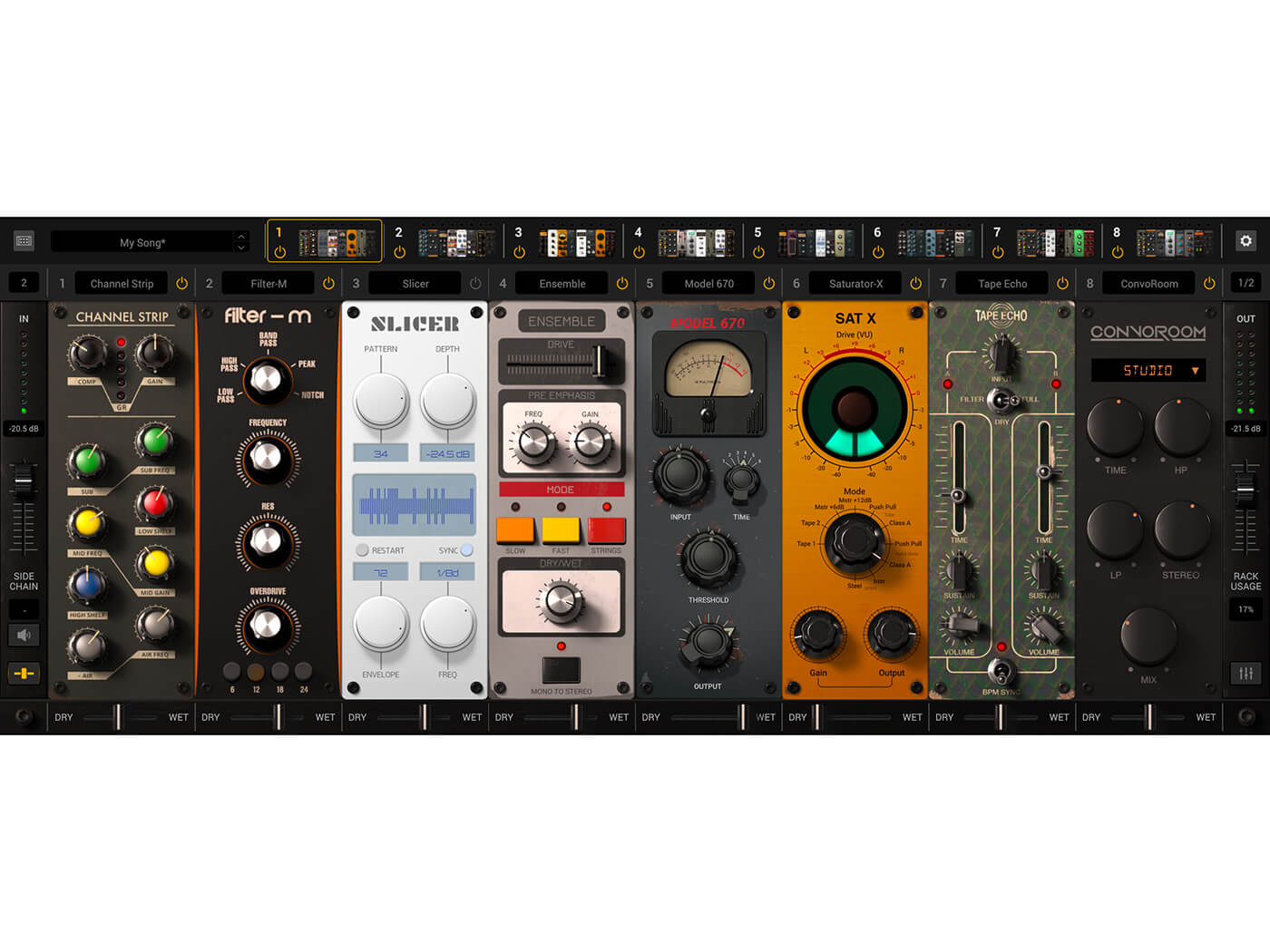 The included amps and effects are from IK’s Amplitube suite of effects. Listening to guitar amps in isolation, and they sounded pretty good. There are Marshall and Fender emulations, and IK has also included a Roland Jazz Chorus (which is solid-state, so quite a different sound) and an Ampeg bass amp. We know all the originals well, and these emulations are pretty good – certainly good enough for most mixes. One of the other modules is a speaker cabinet emulator with a wide range of cabinet types – and again, these sound pretty realistic.

However, the distortion effects were not as good to our ears. All of the overdrive effects were too one-dimensional and didn’t offer the real version’s depth. For example, the Ibanez Tubescreamer emulation had none of the subtlety that you can achieve by adjusting the input volume – it was just fizzy and distorted all of the time. 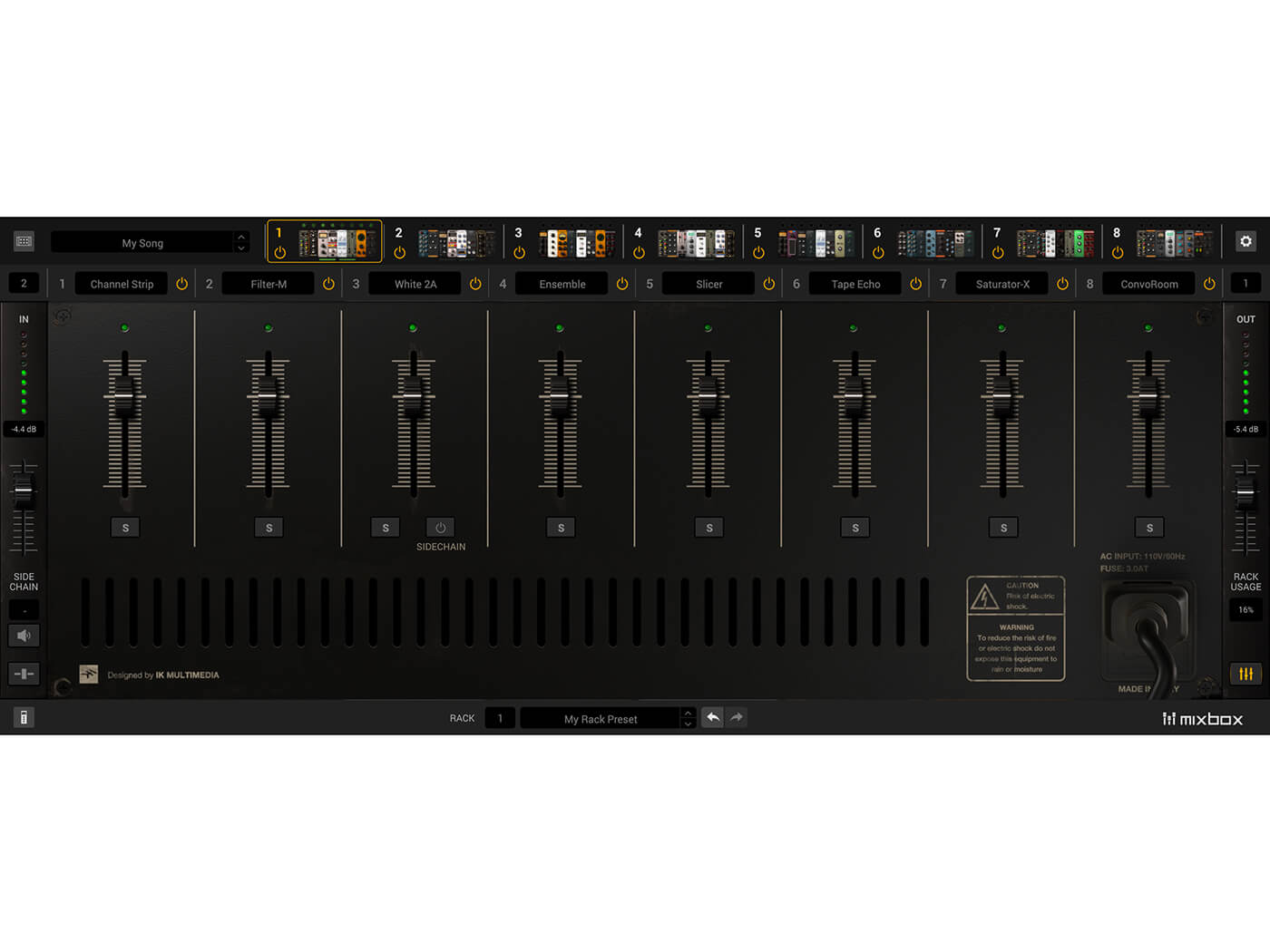 Despite our slight dismay at the overdrive effects, the rest of the effects offering is excellent for guitarists and studio users. The modulation effects, in particular, are very useable and have their own individual wet/dry mix knobs. The filters are taken from a number of famous pieces of hardware, including Roland and Moog synths, and there are many useful reverbs.

Top of the box

MixBox is an excellent multi-effect plug-in. And though we don’t have the space to review every individual unit here – there are EQs and saturators, too – the choice of processors is a good combination that will appeal to a wide range of users. The use of the 500 series rack layout is an excellent way to do this and gives the plug-in a unique appearance. The reduced screen real-estate means some processors have simplified controls with some parameters done automatically, but for the most part, this isn’t a problem.

There is another added benefit to MixBox’s modular nature. Many people create and save plug-in chains with go-to settings in their DAWs for quick recall. However, even if you are using entirely third-party plug-ins, these effects chains will only work in the host DAW. MixBox gets around that problem. Create your desired effect chain, save it, and it will be accessible in whichever DAW you need to work in, depending on where you are. IK isn’t the first company to do this, but it is pleasing to see more companies doing it. 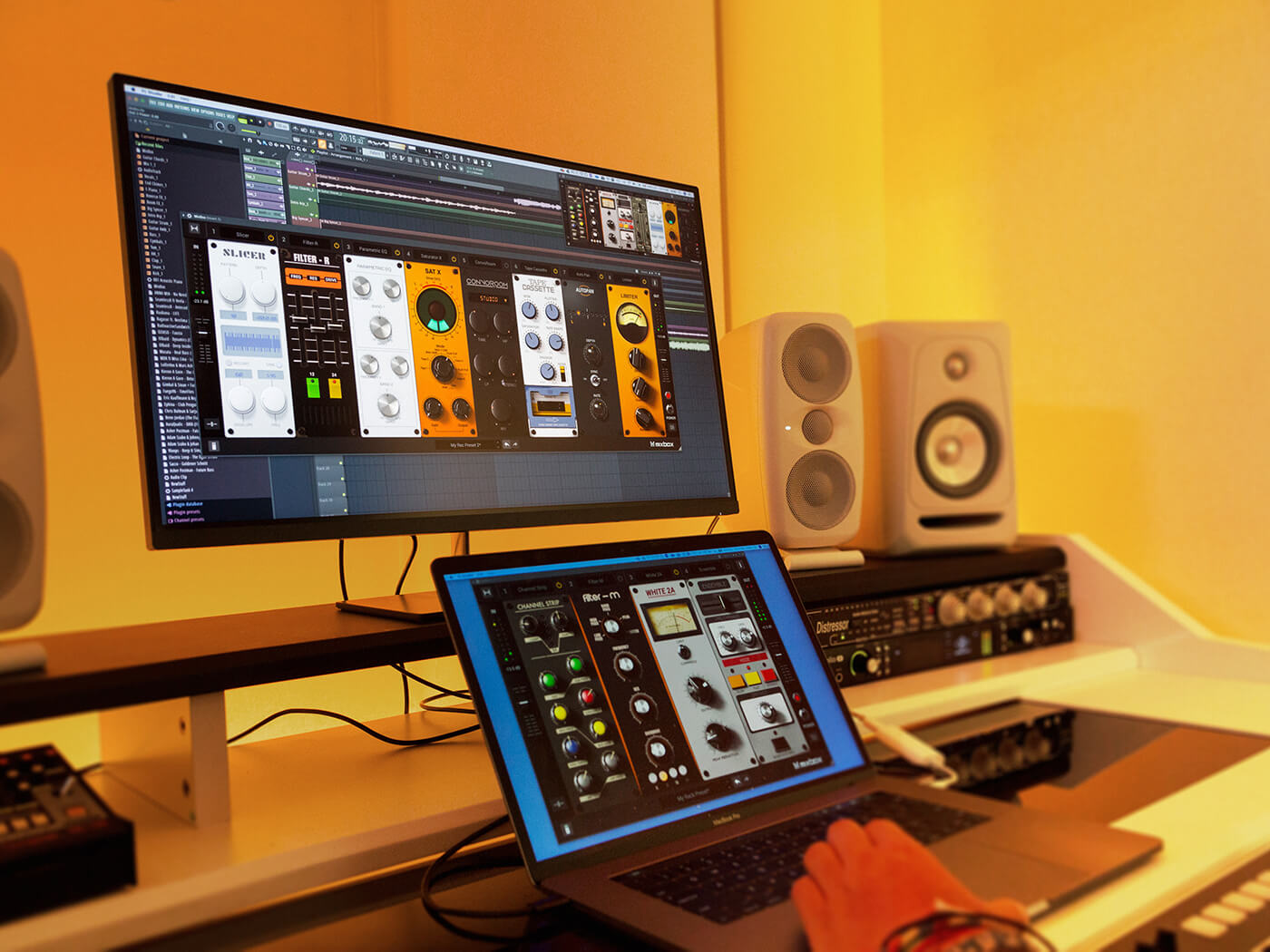 IK Multimedia has made a great plug-in suite with an excellent range of effects and processors from existing T-RackS and Amplitube suites. This is the first IK product to include ‘everything’ without additional purchase, and it’s well provisioned for a range of mixing duties. Even if you think you have every sound you’ll ever need, MixBox is still worth exploring. 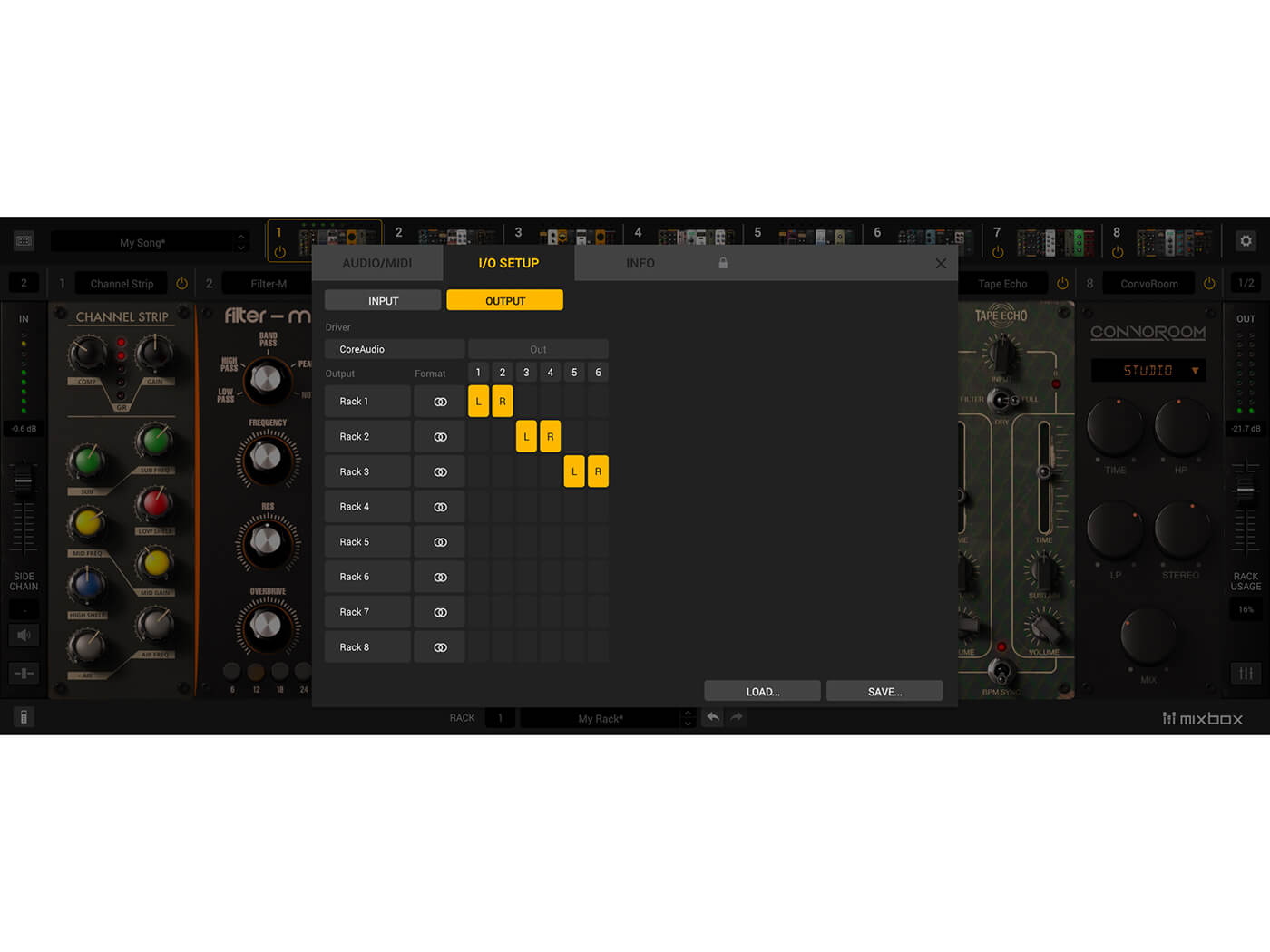